Easter Dinner. and all that.... 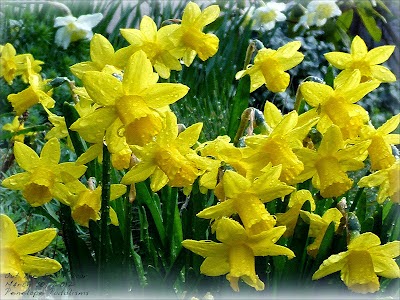 Easter is upon us, and I wish you all the happiest of days, however you celebrate the Holy Festival.

I had planned to have an ordinary Sunday dinner tomorrow - a roast, surrounded by baby potatoes getting brown and crisp, some sweetgingered carrots and a salad, - but!

While on a foray in the local grocery store this morning to pick up Lilies for the church I was going by the meat counter when out of the corner of my eye I noticed a handsome Ham Steak waving at me frantically.  Take Me - Take Me!!!

It wasn't the Ham himself that seduced me, but the memories of days gone by when Easter meant turkey, ham and above all POTATOES ANNA.

I was first introduced to Pommes Anna by an exotic neighbouring veteran who lived down the hill from us and with whom we used to play bridge, although we were much out of his league.  A very intelligent man of mid-eastern descent, educated in England, overly familiar with classical music and art.  It was he who advised me to learn one piece of music really well, - preferably the Pathetique, and play only that when requested to perform.

He was also a very sophisticated cook, and Potatoes Anna was only one of his recipes I enjoyed making, and the family were estatic to see on the dinner table. 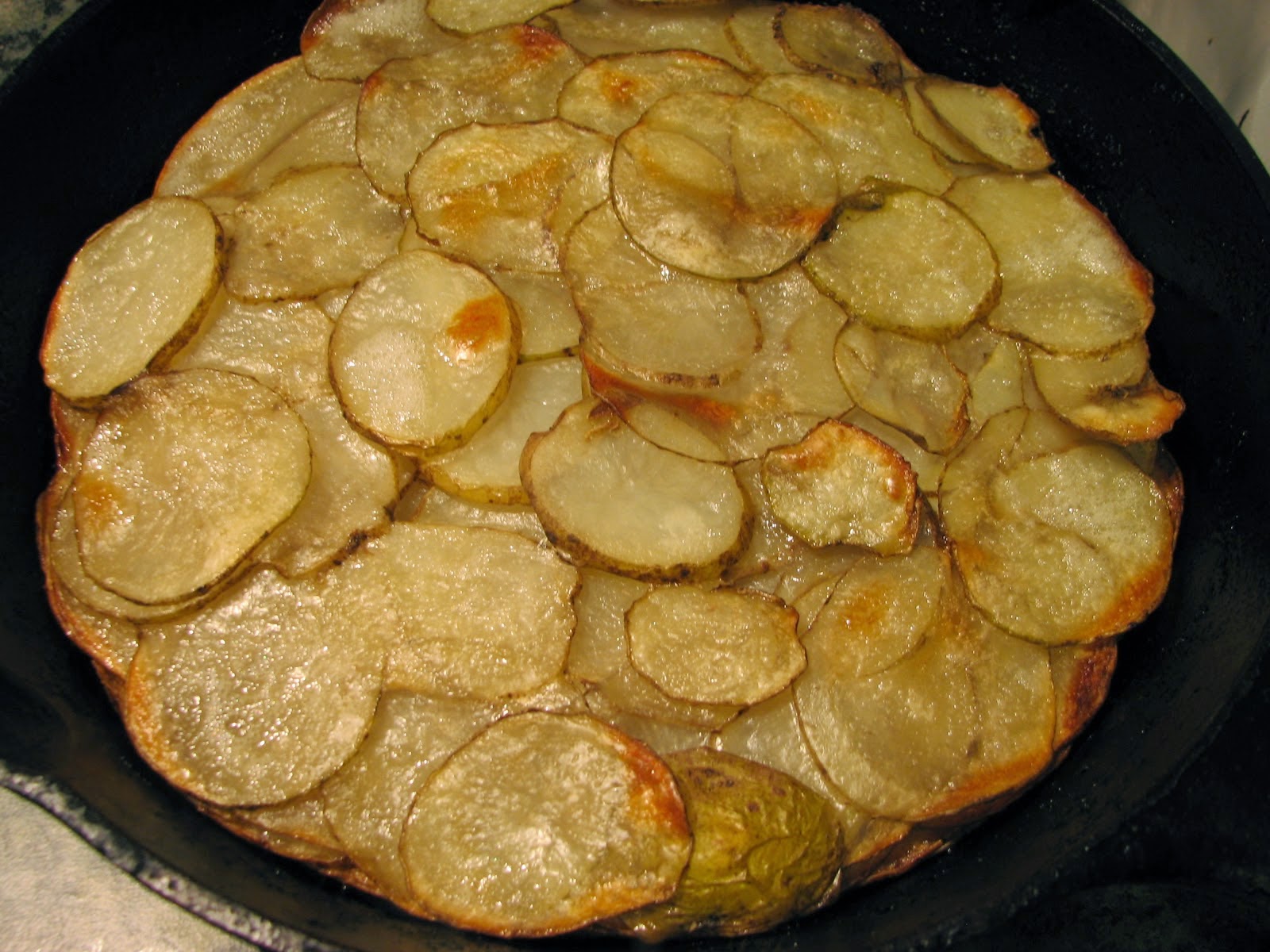 I research Messrs. Google and Wiki about Potatoes Anna and discovered that the recipes were varied.

Alec didnt tell me they could be turned out on to a plate, cut like a pie and served in slices, so I didn't ever do that, but it does look quite elegant to serve them that way. 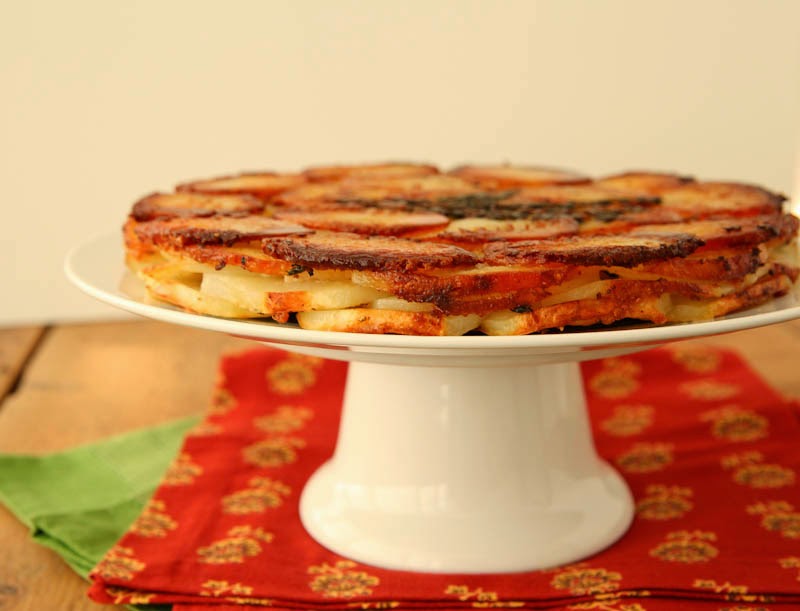 Our recipe was quite simple and its allure was based on scads of melted butter and very thinly sliced potatoes, arranged in a deep pie plate, layer upon layer of potato circles, each layer brushed with melted butter to which salt had been added, - all in all about six large potatoes, a generous quarter cup of butter and about a teaspoon of salt.

I ran across recipes that suggested cutting the potatoes with a mandolin, after they had first been shaped into perfect tubes, and recipes that involved parchment paper. and inverting the whole potage half way through, but I have found that like Occam's Razor, simplest is best, baked in a medium oven, perhaps covered for the first ten minutes, and left to simmer in that wonderful buttery sauce until very tender.

So that will be Easter dinner for us - wish you could join us!

P.S.  - I did run across one interesting variation, that left the potatoes whole but slathered each slim slice with butter and then baked them like baked potatoes. When the telephone rings, and somebody says, - 'we're having a Reception - High Tea - a Funeral - a Shower - a Party - a Luncheon - whatever!!   Can you bring a square??'

Yes, yes, I say, and this is the square I make, invariably. 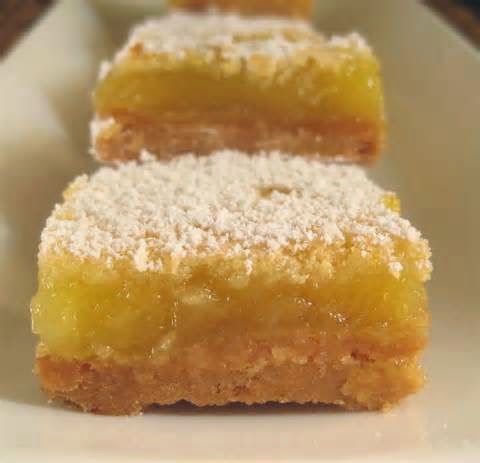 You are going to need a 9 x 13 inch pan (preferably glass) and a 350 degree F oven,
and a couple of bowls.
Or maybe only one if you are prepared to wash between layers.....

Stir together until well blended one cup of melted butter, one half a cup of sugar
and two cups of flour.

Pat dough into the pan and bake for twenty minutes in the 350 degree F oven.

While it is baking mix well together - four eggs, two cups of sugar,
one half a cup of lemon juice, four tablespoons of flour
and a half a teaspoon of baking powder.

Pour this over the hot crust when you take it from the oven.

Remove from oven and dust with powdered sugar.

Regard with delight and be prepared for compliments! 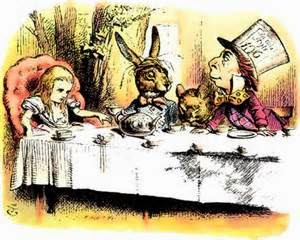 For more Ls check here at ABC Wednesday,
with thanks to Roger and Denise
and lively helpers!
Posted by Hildred at 8:21 PM 11 comments: