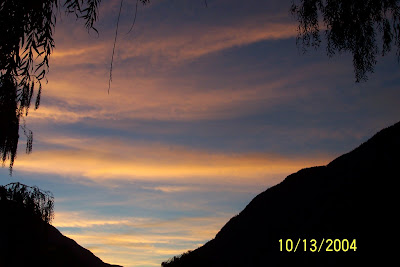 A somewhat elegant sky, I think.

Not too flamboyant, - a little understated.

P is for Pearly Everlasting and the Painted Butterfly 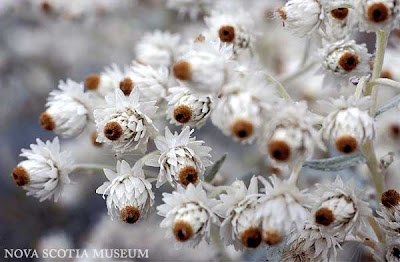 The Pearly Everlasting, a wildflower which does well on poor soils, but is somewhat toxic to cattle and shunned by them. In addition to the natural aversion to a plant that might have dire consequences, I can imagine the woolly covering on the stems of the Pearly Everlasting would make it somewhat akin to trying to eat cotton batting, and not something a cow would prefer to graze on. The plant has few juices, and hoards what it does have with the help of the soft woolly covering. Not a successful grazing plant....

But adopted as a perennial in borders or cutting gardens it is a gem.

The Pearly Everlasting grows about two feet tall, and spreads liberally. I can attest to that, having enjoyed it in the garden, but found it required constant vigilance to keep it in its place.

The silvery grey leaves lend a quietness to the garden border, and the clusters of
small papery white flowers with egg yolk yellow centres make a welcome addition to a dried bouquet. They should be picked for drying before the yellow centres are visible, to prevent them from fluffing out later.

If the cow disdains the Pearl the Painted Butterfly adores it, and makes it her host plant for laying eggs in the early summer. As the larvae emerge they feed on the foliage, but as the summer advances the foliage renews itself and there is little damage. 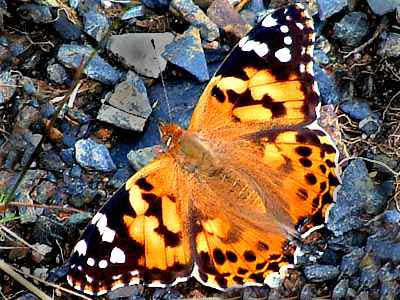 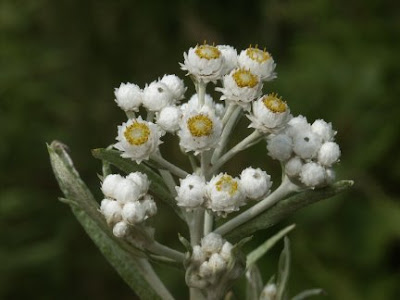 I listened to all the modern versions of Django's Dark Eyes, and only Django has the lightness, the rhythm and the lilt. (IMHO)
Posted by Hildred at 4:31 PM No comments: 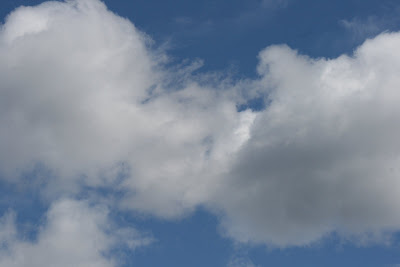 Sunday Morning and a Summery Sky

When I came home from church Charles called to look at the cloud formation in the north-east, - funny bars of cloud that gradually expanded and divided. 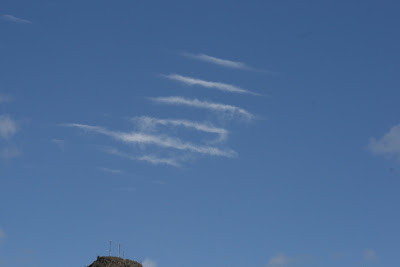 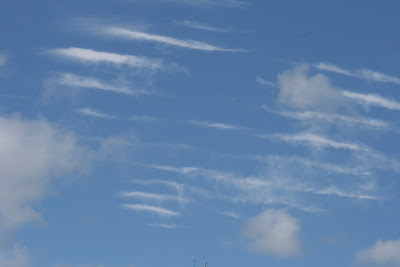 I looked around at a sweet blue sky full of woolly clouds, and they made me smile. So soft and inviting, I felt they could be carded and spun into the most delicious wool.

Already there were spots where the wispy skeins could be stretched into rolags and guided through the spindle.... 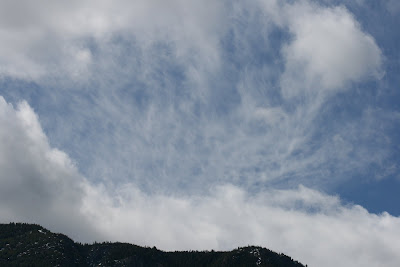 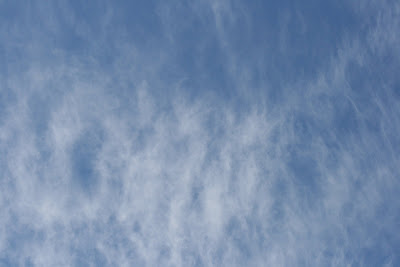 It was a momentary pleasure, - by mid afternoon they have darkened and look heavy with rain. But then, most pleasures are transitory and more precious because of their fleeting nature. 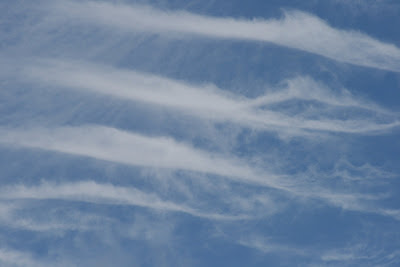 Labels: summery clouds, woolly ones for spinning
Newer Posts Older Posts Home
Subscribe to: Posts (Atom)
"Thou knowest not what a day may bring forth." —Proverbs