The letter is S

The object is the Saskatoon Berry 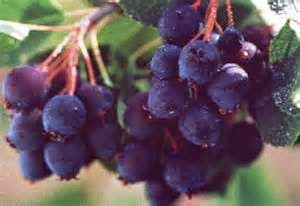 Here is the Saskatoon Berry, bearing many pleasant memories of childhood summers, pails full of ripe fruit, mouths and lips dyed blue with the sweet juice of this prairies delicacy.

The Saskatoon bush is a deciduous native shrub that surely must live in the hearts of all westerners, growing prolifically in all prairie provinces and in British Columbia and the Yukon Territories.

It takes its name from a Cree word (misaskwatomina) for the sweet, fleshy fruits that were of such prime importance to aboriginal peoples and early settlers, being an addition and preservative in the preparation of dried meat (pemmican) and having a nutrient content close to that of blueberries.

Saskatoons are very hardy plants that can survive winter temperatures of -50 to -60 degrees celcius, - making them attractive in the Canadian climate.  They have a sweet white blossom that cover the shrubs during May and June, and the berries are ready to harvest from mid to late July. 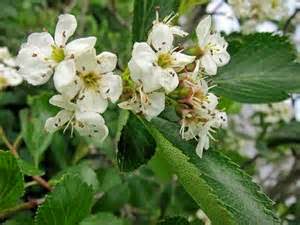 At one time it was a day's outing to go and pick Saskatoons, and probably it still is in many places, but beginning in the 1980's Saskatoons began to be planted on orchards and the fruit is harvested by hand or mechanical harvesters.

A picture of my Grandmother, my father and three aunt's, stopping for lunch on a berry picking expedition ca 1905 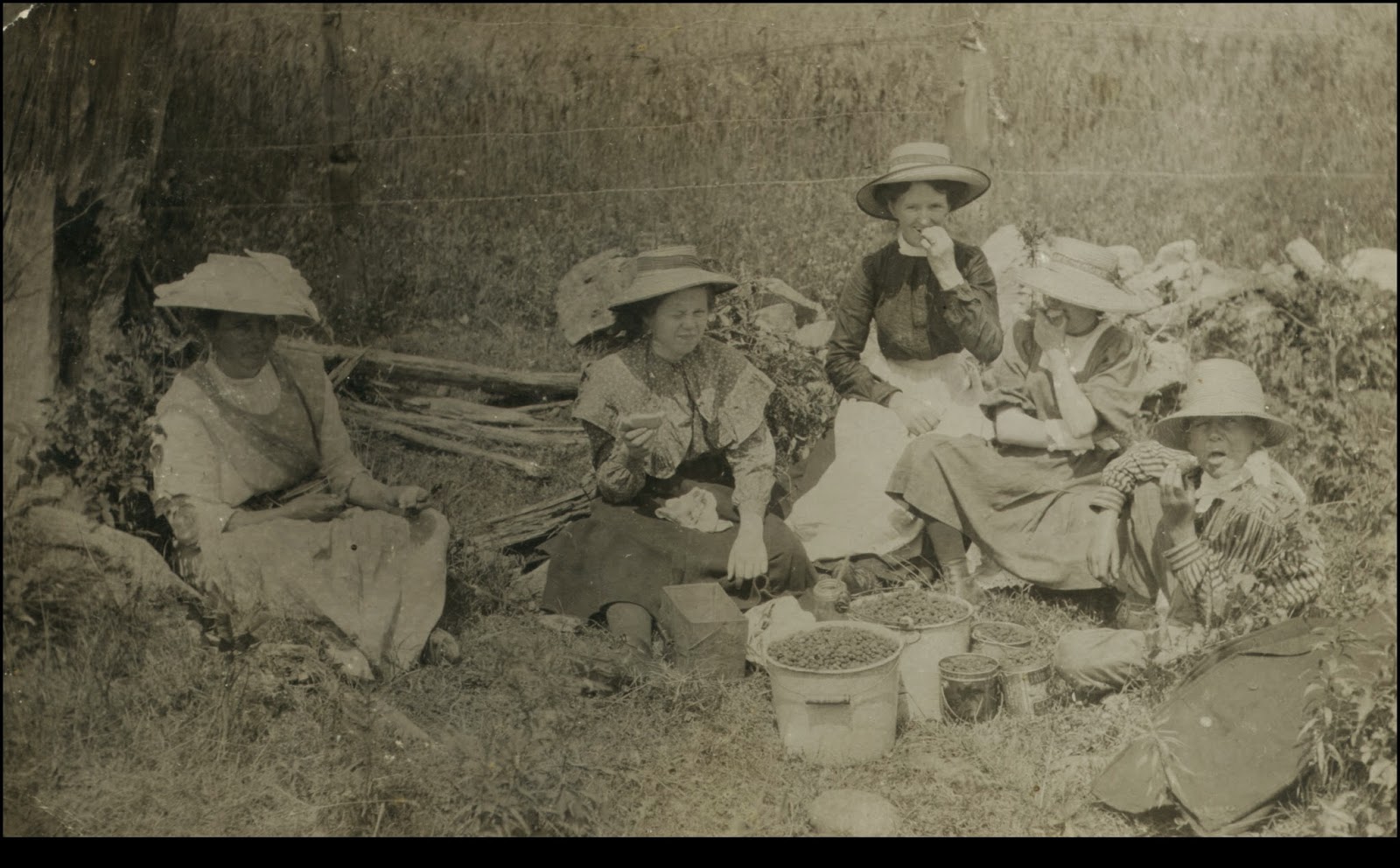 Saskatoons are famous for pies!! 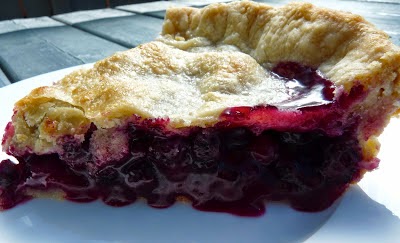 But let me tell you about a nice Saskatoon Berry Oat Muffin....

Whisk one half cup of vegetable oil and one beaten egg together in a separate bowl, adding this to the flour mixture just unil batter is combined.  Be gentle....

Now fold the oat and milk mixture into the batter, and then one cup of saskatoons.

Divide into muffin tins, sprinkle muffins with a tablespoon of brown sugar and bake in a 350 degree oven for about 18 minutes.

If you serve them warm with butter they are especially delicious. 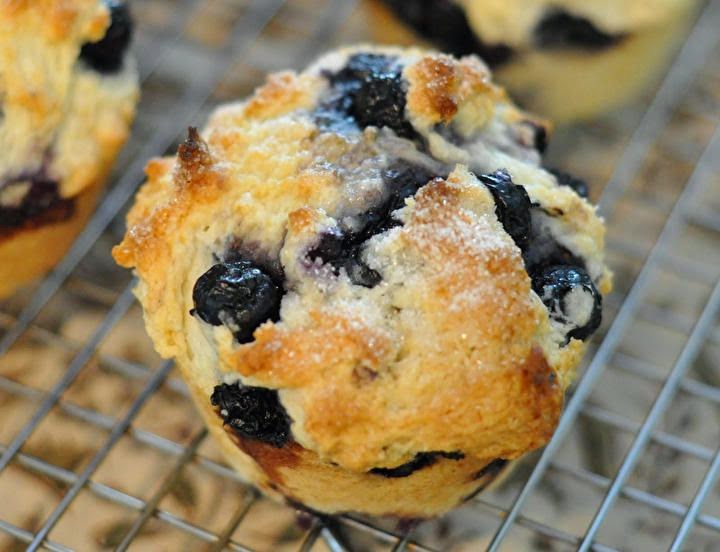 The Saskatoon is such a Canadian Berry that we even have a stamp to celebrate it. 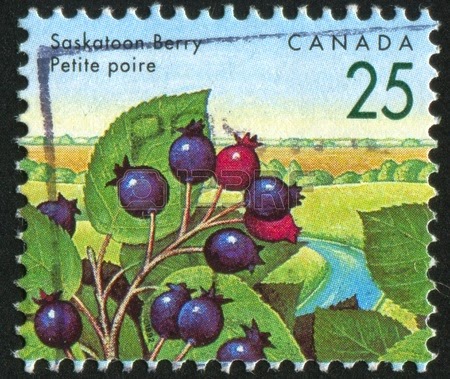 Find more Ss here, with thanks to Denise, Roger and their spectacular helpers.