Hope you have had a lovely St. Patrick's Day 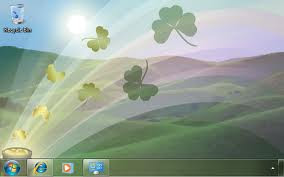 Old Man Winter came storming down from the hills during the night,

anxious that we do not mistake Spring's flirting ways with Reality!! 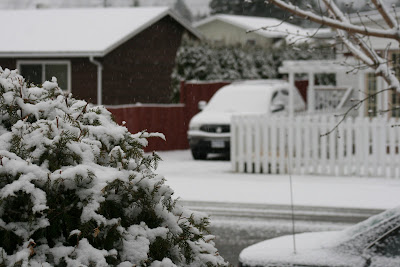 Nevertheless I cling to this quote by Adrienne Cook..

"St. Patrick's Day is an enchanted time - a day to begin

Are you with me? 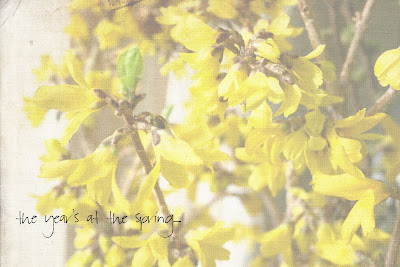 The Forsythia blooms in the window, and after a week of Mister March's grey skies, angry clouds and wild winds today was a day of pure indulgence.  Blue skies, soft white clouds, springtime warmth and a lovely stillness in the air. I raked more leaves, uncovered more bright green spears and knobs, and Charles tangled with the climbing roses as he cut back great long branches and brought order to small intricate forkings. 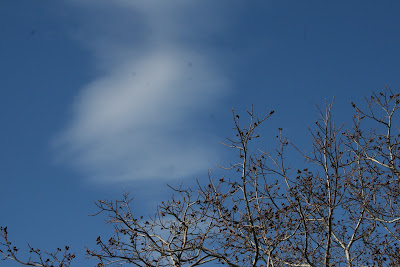 Of course we all know that this may only be a temporary reprieve, - there could be snow tomorrow in the high passes as Winter lays claim to the last few days the calendar grants him.  He could be only resting before a final onslaught, - but there, let's all be positive!

I popped around to the store this afternoon and stopped to chat with a colleague from the Secondary School Library.   Twenty years ago we worked together one summer adding data to the library software so that when school opened in the fall everything was up to date and digital.   Now, of course, we are both retired, and she had just returned from New Zealand where she spent a month on a large sheep farm. 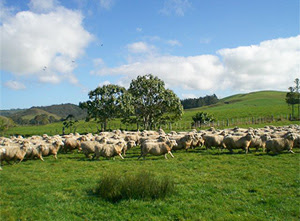 I thought this was an absolutely marvelous way to spend a holiday!

It was shearing time and as we talked I remembered all the excitement when the itinerant shearer came for the day (or sometimes two or three days). 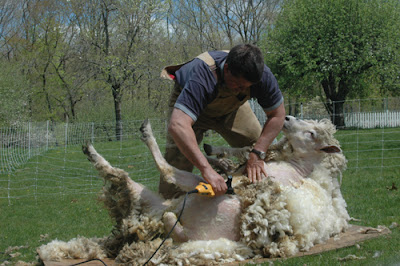 We have a DVD of family memories, and part of it is devoted to the farm and in particular to the sheep activity..  It was usually my job to skirt and tie the fleeces with paper string, but in the video Charles is doing this part of the operation and he does it quite elegantly and much faster than I ever did. 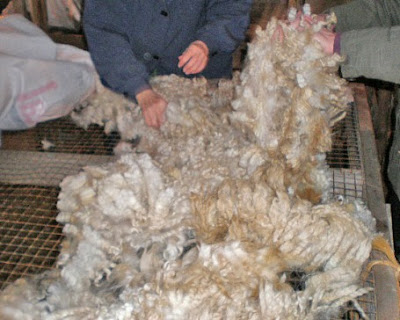 But then he didn't have his eye out for special fleeces to put aside for spinning, and that takes time and adds great pleasure to the task.

My friend tells me that fleeces are no longer tied, but rather when they have been skirted they are classed as to quality, folded and rolled and tossed into  relevant bins, where they are pressed down.  She has promised to bring me pictures and I will be terribly envious of her experience and will reminisce about that part of farming that really appealed to me most.........

And the letter this week is I


How about I is for Ianthe

Ianthe was as Cretan girl, so beautiful that when she died the Gods made
purple flowers grow around her grave.

She was betrothed to Iphis, a woman raised as a man who also fell in love
with Ianthe and prayed to the gods to allow the two woman to marry.
She was changed by Isis into a man and became Ianthe's husband.

Your pleasures spring like daisies in the grass,
Cut down and up again as blithe as ever,
From you, Ianthe, little troubles pass
Like little ripples in a sunny river.

Do you remember me? or are you proud?
Lightly advancing thro' her star-trimmed crowd.
Ianthe said, and look'd into my eyes
'A yes, a yes to both for Memory
Where you but once have been must ever be,
And at your voice Pride from his throne must rise'

Soon, O Ianthe! life is o'er,
And sooner beauty's heavenly smile:
Grant only (and I ask no more),
Let love remain that little while.

In reading about Ianthe I have come to the conclusion that her beauty was the muse for many men who used her name to describe the women they loved.   And I am also made aware of how ancient
is the idea of 'gender-bending'.......

For more takes on the letter I visit here at Mrs. Nesbitt's ABC Wednesday,
an Ideal meme. Another cloudy day, but as I glance out the window I see that the catkins on the hazelnut tree have grown about an inch longer. -not hanging limply, but seemingly fat and sassy and preparing to go into their sex act, spreading pollen far and wide. 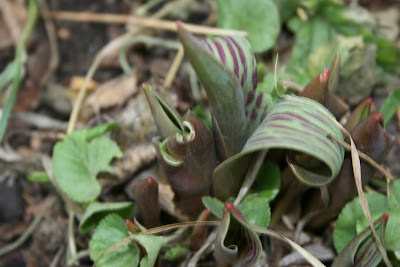 Yesterday, as I raked the leaves from under the tree I found a few hazelnuts which must have been hiding in the fall, half buried in the thawing soil.  Gentle raking turned up lovely green spikes, probably daffodils, but some are fatter and not as far advanced, and I'm hoping they might be tulips.  Nice surprises all around when you don't know exactly what spring flowers flourish in the garden. 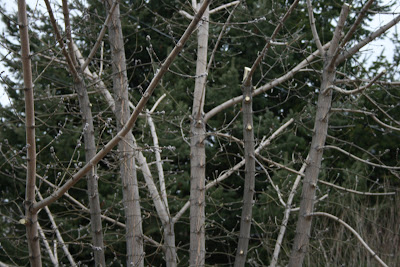 A big pruning project going on these days, - Charles does the branches he can reach and is the official mad master pruner, but Frank is not far behind him as I see what a dramatic job he has done on the tree in the front yard, (the pruning of which has been badly neglected in the last few years).  Mere amateurs freeze in horror as branch after branch is removed, but in the end it is quite apparent what these experienced pruners are seeing in their mind's eyes. as the trees or shrubs come alive with new wood and healthy leaves when we go deeper into spring and summer.

Late in the afternoon I went to the store for milk,  and came home with a nice roast of beef and a lovely pink Anthurium.....as well as the milk, of course.  I am easily distracted by the display of flowers and plants but try to keep on course when it comes to the grocery list. 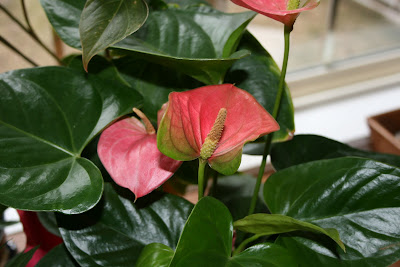 Here is an update on the very slow growth on the Lenten Roses and the lovely spikey leaf buds on the Rowan tree. 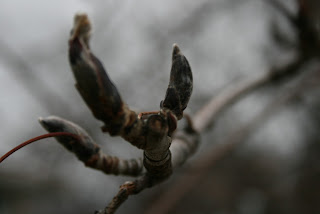 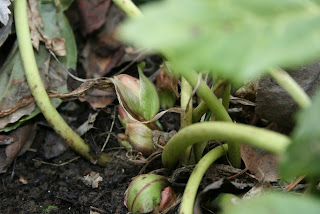 It occurs to me that I should be posting these bits and pieces about the garden to the Garden Diary, which lies neglected since I finished the posts from the garden on the hill, - the one that is crying for attention!!!


We did the great Spring Forward to accommodate the Daylight Saving people last night, and by the time Midsummer Murders was over and we had moved the clocks forward it was shockingly late.  The idea of a little nap is very appealing at the moment........
Posted by Hildred at 10:52 AM 6 comments: