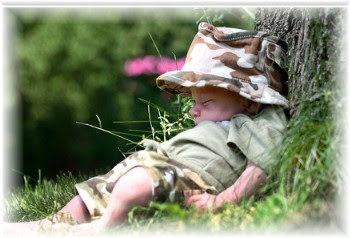 A babe in the house is a well-spring of pleasure,

a messenger of peace and love, a resting place for

a link between angels and men. ~ Martin Fraquhar Tupper 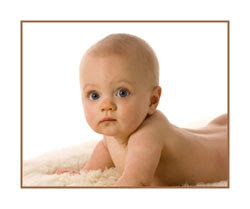 This sweet May-morning, And the children are culling
On every side, In a thousand valleys far and wide,
Fresh flowers; while the sun shines warm,
And the babe leaps up on his mother's arm:—

I hear, I hear, with joy I hear! Wordsworth Ode to Immortality 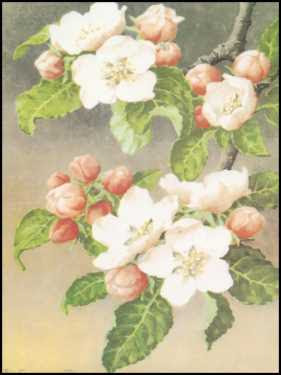 with dearest love to Jess and Derek

Posted by Hildred at 8:48 PM No comments:

A Visit to the Nursery

The plant nursery, that is.

A project fraught with a number of emotions. Delight, anticipation, wild abandon, - which leads in its turn to a little guilt, and then a little resentment. The guilt and resentments are personally inflicted and involve in some strange way the physical inability to recreate the old Lost Garden at this stage in our lives.

However, equilibrium is recovered, and resentment banished, and one gets lost in the joys of the search. Did Anna plant the white nicotiania this year, - the kind that is so fragrant on mid summer evenings and attracts the large hummingbird moths. Or will I have to search for seed and quickly get it in the ground. What about Cleome? Sometimes I find it, - sometimes I don't.

In deference to a lack of space and a dirth of extra energy I do not plan to frequent the little shrub department.....well, - maybe a Bridal Wreath as the Spirea I started off with turned out to be two of the tiny variety, when I envision extravagant masses of white froth.

And if I could find a Korean Viburnum I would not be able to turn away from it's delectable fragrance....

There is also a little stealth involved in this expedition. A lady at the Bargain Centre yesterday told me of a woman who, when she found an article of clothing she couldn't do without, would buy two in different colours. One she brought home and showed her husband, - the other she slipped surreptitiously into her closet, hoping it would be lost to the husbandly view of what hangs in ladies' closets. Is there some way I could apply this subterfuge in my dealings at the plant nursery?

Ah, I fear not, - togetherness is too much with us in these advanced years and there is no opportunity to slip the odd plant or two into the garden without its arrival being heralded by stern looks and the odd finger wagging and shakes of the head. Sigh.....
Posted by Hildred at 6:49 AM 2 comments: