I have just posted the River of Stones participation badge, with some trepidition.

I think it is a marvelous discipline to foster awareness, but not sure that my efforts will be 'up to par'.

Nevertheless, I strengthen the sinews of my mind and plunge in, hoping not to be too pedestrian....

I woke this morning and padded through the dark house to go and turn the coffee on, - my attention was drawn to the sky, the moon and the morning star as they presented  through the high cathedral windows.

A crescent moon fades into the dawn sky
Light rims the hills
Above, a morning star
Posted by Hildred at 10:53 AM 9 comments:

Blue skies, Smiling at Me!

Finally, a day when the skies were that lovely shade of Delphiniums, dotted with sunlit clouds and conducive to a trip outside to fill the bird  feeders  and take a little tour around the garden. 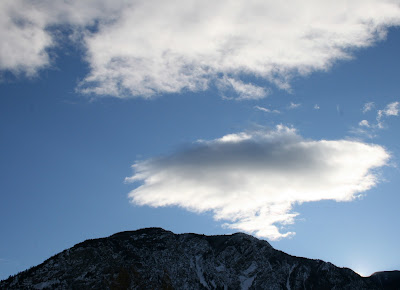 In the absence of a snowy coverlet to keep the roses protected and warm(ish) #3 son had kindly offered some straw to give them a somewhat scratchy eiderdown, but still a place to snuggle when the wind blows cold.  While I poked around the frozen ground, moving leaves into more strategic places, I heard the gentle growl of the ancient tractor, and then the full roar as it declared itself ready for anything required of it.

Charles had tended it gently, warming up the pipes with loving attention and at the exact and most propitious moment had applied the ether that caused it to spring to life, shaking its fenders and causing its tires to tremble.  No camera to record how triumphantly they came around the corner of the house, the driver standing as if with a whip; the forks extended upwards;  along the driveway and down the lane they went, bent on their mission. A Roman Charioteer, enthusiastically urging his horse(power) to even greater effort!

I shook my head and went back into the house to continued with my plan to take the next small portion of Christmas decorations down, doing it in tiny increments so that I couldn't be accused of being Scroogelike.  They really are lovely, but we have enough decorations for a five bedroom house, and sometimes it gets a little overwhelming. 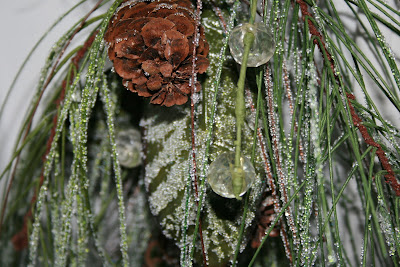 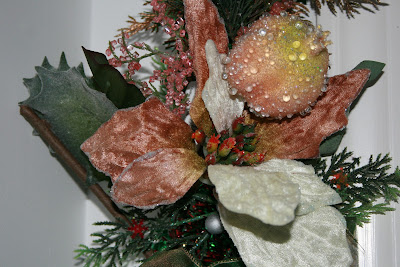 I had just finished when I heard the tractor returning, - the driver looking somewhat cold in the raw west wind, but bearing on the forks a lovely slab of golden straw. 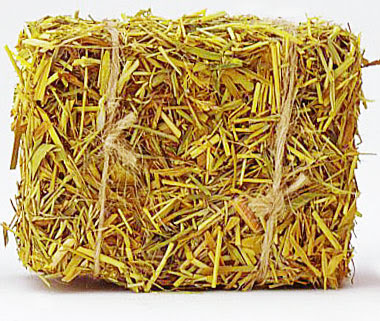 It was on with my coat and a toque, - Charles lent me his gloves and I was soon busy spreading a protective layer of mulch around each resting rosebush.  Really a fall chore, but better late than never and hopefully the layers of straw will shield them from the nasty January winds.

Thank you Sid, - I will sleep well tonight as the temperature drops and the snow avoids the valley bottom.


We came in, had some lunch and a little nap, then off to town to buy some birthday gifts. 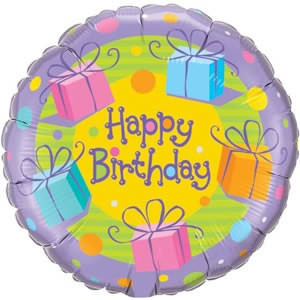 All of you wonderful birthday people know who you are, and we send you much love.
Remember, you are all the results of April romances....think Spring!
While you celebrate a Happy New Year...
Posted by Hildred at 8:11 PM 2 comments:

The letter this week is the mysterious  X

X is the 'place that marks the spot' on any Treasure Map that happens to come into your possession. 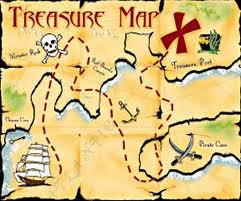 As well as Mr. Bean, Treasure Maps are used by anyone who wants to
remind themselves where they dug and buried that dang treasure 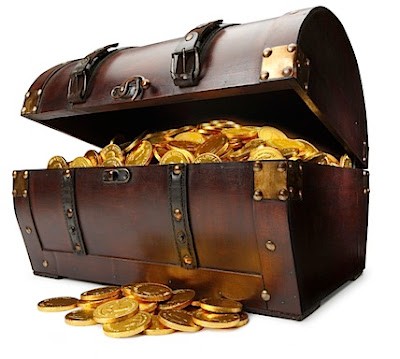 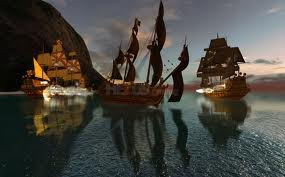 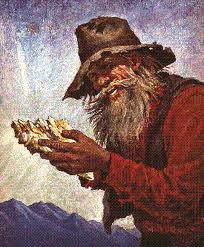 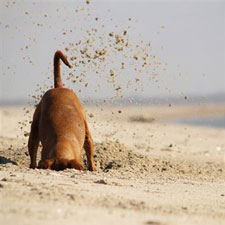 - although I understand they have no place to carry treasure maps marked with an X and so they carry the secret of the Treasure around in their noses........

For other takes on the Letter X visit here at ABC Wednesday, with thanks to Mrs. Nesbitt
and her happy and helpful crew.
Hoping you all find the Treasures you are hunting for in the Grand New Year.
Posted by Hildred at 10:57 AM 18 comments: