My eyes close, and I put my book aside..

Not that it is getting on in the evening - I have really just finished dinner, but had a session in the garden this aftenoon and all that fresh air and battling with the cutch grass has left me a little weary, a little sleepy.

And the book I am reading is long (667 pages) and the print is very small.  The Los Angeles times says in its review "that it is actually possible to live within it for the brief time one spends with this book. You may never leave the chair."  I find that very hard to believe,
but the words are encouraging, if far-fetched....

I am at Chapter 18, page 231 and I have to confess to being gripped by this story Abraham Verghese tells, about twin boys born in Ethiopia to a Sister, who dies in childbirth, and a surgeon who is so wrought up he disappears and has not yet re-appeared in the pages I have read.  I could tell you all the wonderful words the many reviewers have written, but all I shall say is that I find it to be an amazing, imaginative, generous story.  And I guess I could say compelling, as well.
The name is "Cutting for Stone". 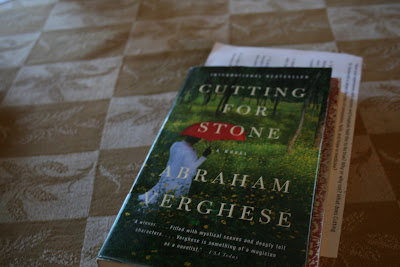 Abraham Verghese  is Professor and Senior Associate Chair for the Theory and Practice of Medicine at the Stanford University School of Medicine and the founding director of the Centre for Medical Humanities and Ethics at the University of Texas Health Science Centre.  Also an exhilarating writer.

I am reading this book for the Library Book Club, and luckily have another
couple of weeks to finish it.

I hurried along at the end with the last one, too ...."It's all true, no lies here" ....a story about Daniel Boone that possibly contained some of the myth that surrounds this American pioneer hero.

In the meantime. Alexander McCall Smith's latest book has arrived "My Italian Bulldozer".  I have a little stack waiting to be read, - Joanna Trollope's "Girl from the South", Emma Donoghue's "Frog Music;  and Kate Atkinson's "Behind the Scenes at the Museum"has been hanging around, waiting patiently, for ages. 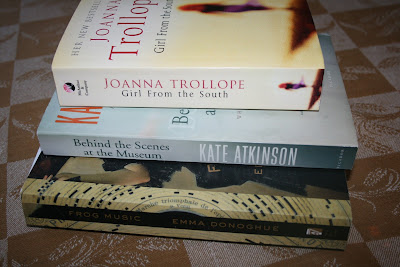 I was rash enough to pick up "spill simmer falter wither" by Sara Baume at the library the other day, being so fascinated by the title!!!

Ah well, - too much going on in the garden and at the loom for me to get a lot of reading done.  There are rainy days coming up and I can't spend all day throwing the shuttle back and forth, so perhaps I will ignore the housework and immerse myself in all this fine print!

Look for me in the big chair, underneath the lamplight, with my reading glasses
and a magnifying glass.

Happy Easter to all!
Posted by Hildred at 7:50 PM 2 comments:

The letter is N for Nighthawk 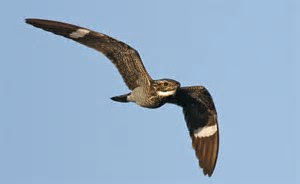 Here, in town, I never see this bird
but my memories recall warm summer evenings on the farm
when a community of  Common Nighthawks would swoosh down
the road and through the orchards, gathering up the evening insects
with their white bars flashing as they flew in graceful loops,
their sharp peenot call echoing through the twilight.

So beautiful and impressive - they were a part of our life there. 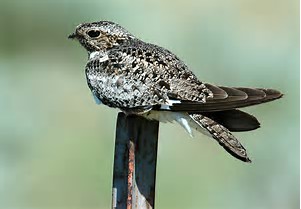 The Common Nighthawks are slender birds with very long, pointed wings,
and medium long tails.
It is well camouflaged in gray, white, buff and back
with a V shaped white throat and striking white wing bars.

When migrating or feeding over insect-rich areas
nighthawks may gather in large flocks
as they did in our orchard territory.
They are most visible when they forage on the wing
and their call is unforgettable.
At least to me.....

Mostly they fly in the mornings and the evenings.
During the day they roost on a tree branch, a fence post,
or on the ground, where they are most difficult to see.

If they were to follow south along the road for a few
miles  they would cross the US/Canada border into Washington State
and do their wonderful acrobatics in the Ghost Town
of Nighthawk which I am sure was named after them.

It is Nighthawk country.... 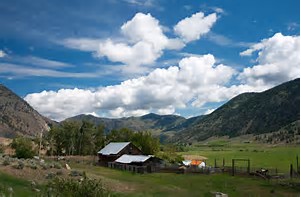 An old mining town from the early 1900's, - it still had a general store
in the 1950's and Charles was friends with the Storekeeper,
but since that time the buildings have fallen into sad disrepair
and as far as I know the surrounding ranchers do their shopping elsewhere. 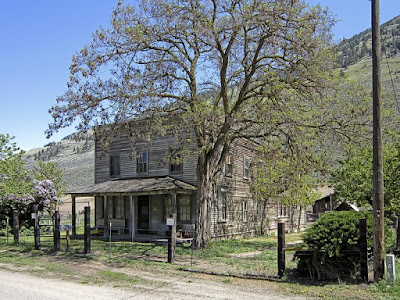 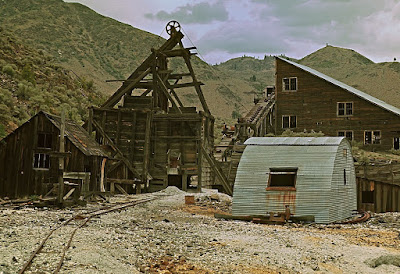 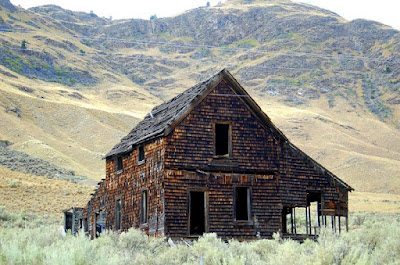 We are not finished with Nighthawk...

There is a famous painting by Edward Hopper
depicting some night hawks (or owls)
gathered around a table in an all night diner.... 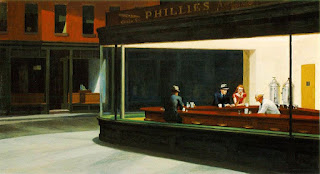 and a couple of poems inspired by the painting.

All sorts of planes with Nighthawk attached to them.....

There are numerous (numerous!) bands called "Nighthawk"
but the one that I enjoyed most was a Dixie Land Band.


For more interesting Ns visit here at ABC Wednesday
with many thanks to those who maintain this meme.