Great is the sun, and wide he goes
Through empty heaven with repose; And in the blue and glowing days
More thick than rain he showers his rays.

Though closer still the blinds we pull
To keep the shady parlour cool,
Yet he will find a chink or two
To slip his golden fingers through.....   R.L.S. 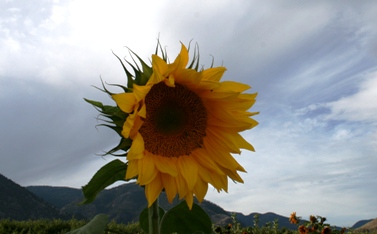 It is the time of the sunflower 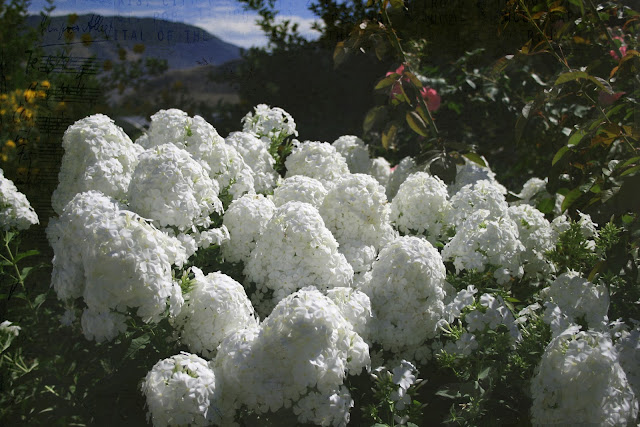 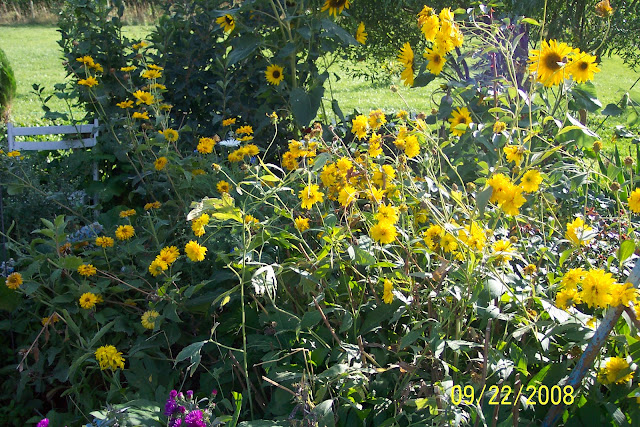 All this week, by noon, the temperature has reached 40 degrees.

We are up early, - oh well, that is a sign of age.  We are always up early,  but in these
hot and humid days it is a decided advantage to feel the cool breeze drifting through
the kitchen window, and there is a little spot just under the sink where the
air conditioner pours cool air on my feet as I get breakfast. 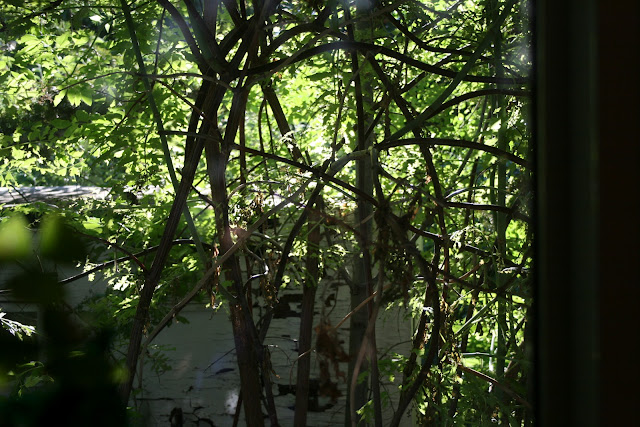 This is the view from my kitchen window, except that the neighbour has now had the
old picturesque camper removed.  While it was still there I could imagine
myself out in the deep woods, camping, perhaps by cool waters.....

We do chores and errands in the morning.

In the afternoon we are very lazy - we read, or nap, or chat
I have thought of suggesting a game of crib, but somehow it all seems too much bother.

I finished reading  Anna Quindlen's book
"Lots of Candy and Plenty of Cake" a memoir of her life.

Anna Quindlen is of our children's generation, and so I was able to relate to her once removed
so to speak....  Although she is only sixty, - early childhood where old age is concerned -
still  I thought that she was able to project herself quite well into the time of future aging;
the loneliness when all the friends have gone;  the barrenness of the assisted living facilities
where one is safe, but solitary, and sometimes forgotten.
She covered all the contingencies of old age with poignant imagination.

It is a dreadful cliche to say that her observations 'resonated' with me, but
they certainly rang a couple of bells.

She spoke of Time passing imperceptibly so that before we are really aware of what
is happening we have passed through childhood, and the excitement and fireworks of a
new marriage have settled into the realization that if the marriage is to be successful and enduring
it must be bigger and more important than our individual wants and needs
and solid enough to embrace family and commitments.

And she spoke of the lengthening Time  that comes after retirement at 65, now that we can
probably look forward to at least another twenty years during which our energies and
sharpness gradually diminish and we are faced with empty days unless we can muster
the imagination and creativeness to enrich them, and be content.

Well, that part was a little morose, and yet we must all live with the shadow of death,
and although we cling to life even in pain and suffering eventually
we start thinking of the next threshold to cross.

I must confess I was in tears when Anna Quindlen quoted the words that Emily,
from  "Our Town" says as as ghost....

"Oh earth, you're too wonderful for anybody to realize you.  Do
any human beings ever realize life while they live it - every, every minute?"

but that was partly because my mother was in "Our Town" when the
Edmonton Little Theatre produced the play, and we lost her early,
and partly because  my mind cannot yet imagine anything more beautiful than
this earth, and the importance of being mindful of that loveliness.

"When it's over, I want to say; all my life
I was a bride married to amazement.
I was the bridegroom, taking the world into my arms.

When it is over, I don't want to wonder
if I have made of my life something particular, and real.
I don't want to find myself sighing and frightened,
or full of argument.

I don't want to end up simply having visited this world"

These words precede the first chapter of Anna Quindlen's book

'Lots of Candles and Plenty of Cake'

which I have borrowed on a seven day loan from the library
and which I am going to plunge into - as soon as I have dealt with my
thoughts about this little quotation about Time, that mysterious quality which wanders through our lives
at random paces, sometimes carrying us breathless through adventures and exciting times;
sometimes carrying us along peacefully through quiet pools and serene waters,
and sometimes just disappearing behind us, falling down the memory hole, so that
when we look back it is hard to remember the ordinary days
that have made up so much of our lives. 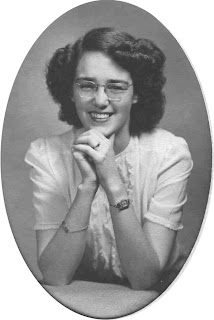 Last evening I had a lovely telephone chat with one of my bridesmaids.
We have been the best of friends for over seventy years, although life has taken us along
entirely different paths, and the time when we bonded as 'kindred spirits' in the early '40's
was such a small percentage of that seventy years.  But it was a Time of change and adventure,
and the days and months and years that we shared then, as friends,
worrying and waiting for our fiancees to return from the war were so intense that
they are imprinted with fondness and friendship forever.

And I know it was that way for Charles and his crew, as well.  They became closer
than brothers in the comparatively short while they were together, when their experiences
were so dangerous and all consuming that Time for them must have been always on the qui vie
and their dependence upon each other created a life-long bond.

But apart from these kind of situations what do we remember?
Sometimes the most simple and mundane moments.  I remember sitting on
the sidewalk at the front of our house with the Cooper boys, while our mothers
were having tea, discussing which were better, - apples, oranges or bananas.
This when I was four years old.
And why would I remember that particular microcosm of Time when I have forgotten far more
important things that have slipped away down that devilish Memory Hole.

When life was a kaleidoscopic and all the children were still at home
I used to lie in bed at night before going to sleep, calculating time, and how much of it
was left to me.  When I was thirty I could figure on maybe another fifty years, judging on how
kind Time had been to my grandparents.  Wonderful, I would think, - I am only 3/8's of the
way through this marvelous life and I would turn over and go to sleep, comforted.

Even when I was sixty I could figure on having another twenty years!!!

And now that I am eighty-seven and Time is slipping and sliding so quickly,  I have still such great
enthusiasm to fill it to the brim, and am optimistic enough to have stretched the track
that reaches ahead to the Station to the Hereafter at least another ten years away.

But sometimes I am realistic enough to know that Time is a Trickster and life is tenuous,
so the answer is to wake up smiling and try to live with grace and patience
day by day....... 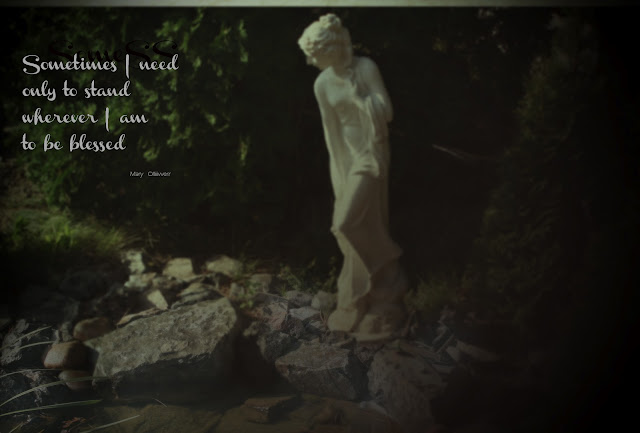 Follow the sidebar to Texture Tuesday, and enjoy!
Posted by Hildred at 11:40 AM 2 comments: