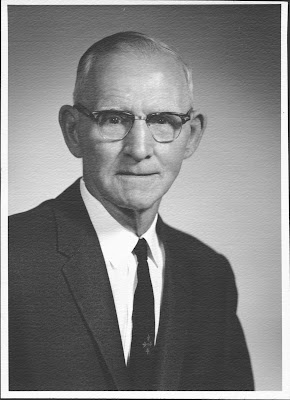 In memory of a kindly, loving, gentle Dad

Cline served in the First World War and was wounded at Cambrai, October 11th, 1918 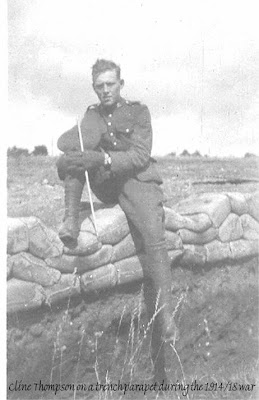 After a year's recuperation he returned home to Calgary.

And then he met our mother, Dolly! 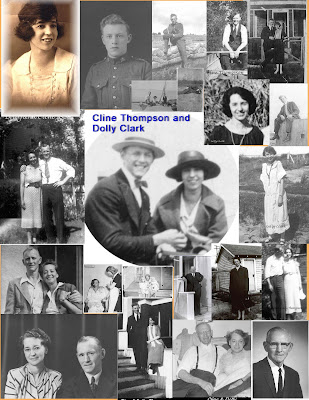 And in the years that followed the memories they created for my sister and myself, and the devotion they felt for each other, have lingered with us and set a standard that has influenced our own lives, and those of our children, and our children's children, and their children after them.....

The past cannot be forgotten while memory lasts and love preserves.
Janette Hospital
Posted by Hildred at 12:39 PM No comments: 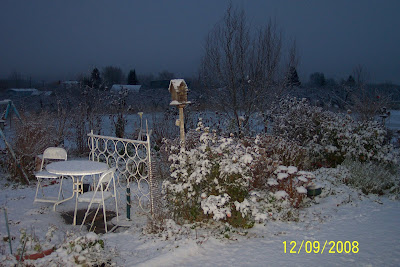 Early in the morning. The pure fresh snow that lifted my spirits and brought sheer delight to the little dog when we set off on our walk. He has a passion for eating snow, - I have a passion for the memories of snowy Christmases on the prairies, - the nostalgia for simpler times.

I struggle to keep focused on the deepest meaning of Advent, - the waiting, the anticipation and the preparation of the heart. I seem to fail miserably as I try to keep up with Christmas Past, when my energy was boundless and baking and wrapping and planning for the celebration filled me with enthusiasm.

I remember Christmases when things were much simpler. I remember when we didn't have the means to multi gift. In the early '60's we made toy soldiers out of detergent bottles, and knightly swords and shields from scraps of wood. The children were thrilled with them and the time we spent making them with dear friends added to the love and closeness of Christmas.

I am reminded of the need to be meaningful about every thing I do, and to keep my heart (and my disposition) sweet and loving, and patient.......

Check in after all the parcels are mailed and I'll let you know how things are progressing, - heartwise...
Posted by Hildred at 9:18 PM No comments: