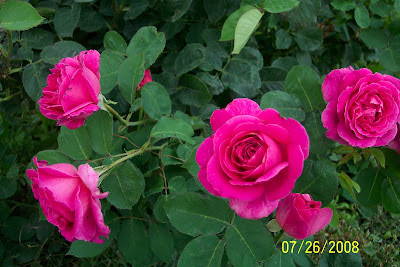 Big Clean-up in the Garden this morning, as summer catches its second breath and the roses return for an encore. 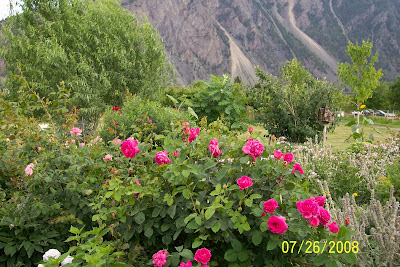 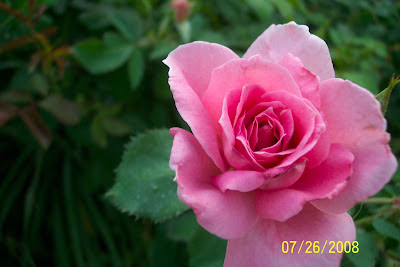 Whilst out with the snippers, doing a job on the last of the Shasta's and bagging all the volunteer poppy seed heads to assure that they dance careless through the garden nodding their scarlet mopheads, I came upon a surprise lily hiding behind some Sea Holly. 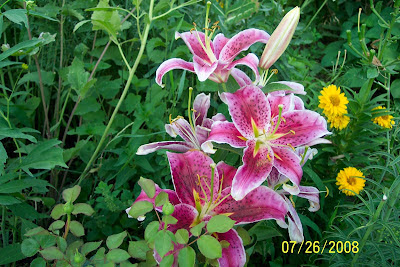 The Sea Holly has lost control this year, staggering and stumbling through the outside perimeter of the garden,and falling all over itself. I didn't know this flower when I planted it and the first year it behaved with great decorum, but it has become quite wild and unruly and probably needs a bed of its own up against a fence. 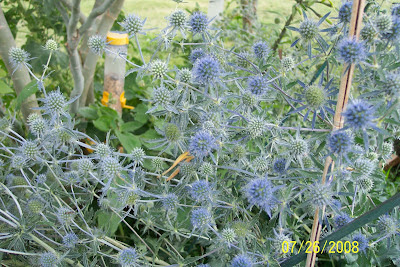 This wandering seems endemic, - the pretty yellow pansies that last year graced the border in such a neat and proper row this year are turning up as bedfellows to the sweet allysum, underneath the peonies, and even a few cosied up to the Turtle plant (about to bloom). The Sweet Allysum and the yarrow keep trying to take over the garden path and of course the borage would spread it's beautiful blue starry eyed blooms all over the garden, trying to establish a monopoly on bees.

They have stiff competition from the Lamb's Ears which continue to be a favoured spot for all the busy honey bees. I would dearly love to tidy them up, but besides the honey bees who call this home there is a Mama Quail who has a nest in the little jungle of mint and sage beside the Lamb's Ears, and I do disturb her and make her frantic if I come too close.

The first bloom of White Phlox lends a cool and pristine aura to a busy corner. 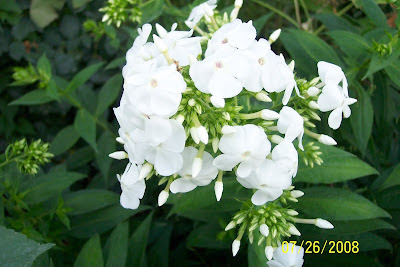 And right smack dab in the middle of the garden the barn flowers wave their golden heads at the sky. Next year they are destined for the new area between the side of the garage and the fence where they will be well corralled but free to wander wherever they will within the confines.... 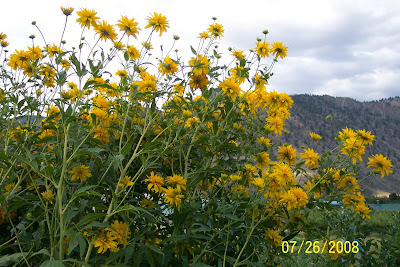 Here is a pretty cosmos, and next to it a summering amaryllis who mistook the season and is in full bloom! 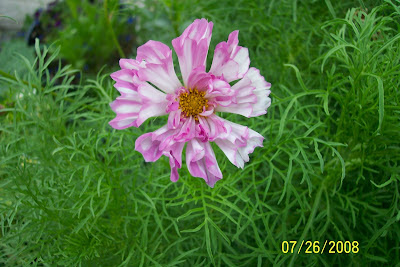 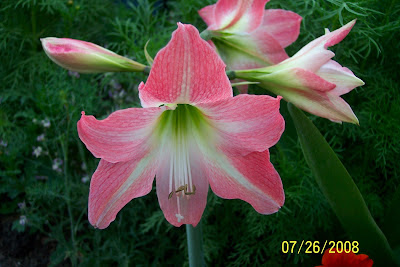 You may think that I was just languishing in the garden, but when the camera wasn't snapping the clippers were snipping and I took two wheelbarrowsful of debris away. And this included the poor hollyhocks who have lost the battle with the hollyhock weevil, at least for this year. We will continue the war on the wascally weevil........so all who thought the hollyhock gone from the garden will live to see another year's bloom.

That's all from the garden - the loom came up to reside in the trailer-cum-loomroom this morning, just squeezing in through the narrow door. Thanks to Husband, # 3 Son and a dear muscular Grandson.

It smells heavenly, and the fragrance floats a raft of memories....

But I'm here to tell you there are no miracles - I don't feel twenty again, - or even twenty-nine!

Posted by Hildred at 9:52 PM No comments: