C is for Cheese Cake 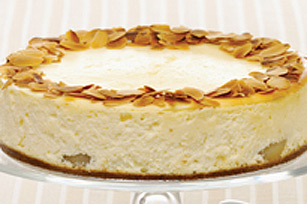 
I have made this cheese cake, and it is delicious

but then I am a great lover of ginger!

one and a quarter cups of crushed ginger cookies
A quarter cup of butter, melted
one can of pear halves, patted dry
three packages of cream cheese, softened
(250 g each)
three eggs
three quarters of a cup of sliced almonds, toasted.

Arrange the pear halves over the crust

Beat the cream cheese and the sugar until well blended,
add the eggs, one at a time
mixing on low speed after each addition

Bake forty-five to fifty minutes in a 350 degree oven
(until the centre is almost set)
Run a knife around the rim of the pan to loosen the cake
then cool it completely.

Refrigerate the cake
and before you serve it
sprinkle it with almonds!

might remember that pin-up girls
(ever popular with young men of that era)
were known as "cheesecake" in the slang vernacular.

Probably the most famous of all was the actress, Betty Grable
who was said to have the most beautiful legs in the world. 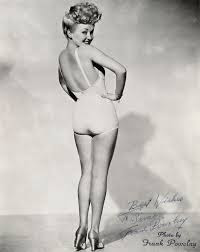 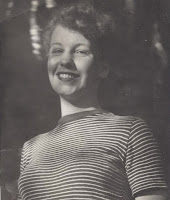 Many thanks to those who maintain
this great meme, and to
Melody who has offered
to continue it.


And such a dreary day.  I write this on my IPad as I watch a Mozart program on the Knowledge Network.  The music and anecdotes are lovely but as I gaze to the south, out the window, I see grey clouds  swirling just above the floor of the valley, hiding the mountains in a pewter mist. 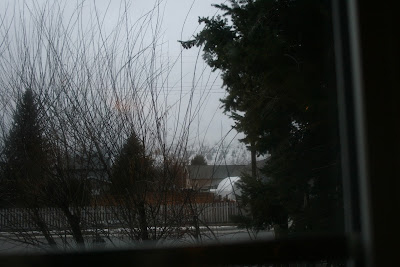 My mood is inclined to fall in with the general malaise the weather suffers. and even the pure white amaryllis that deigned to bloom for me from last year's bulbs makes my eyes glad, but doesn't make them sparkle!! 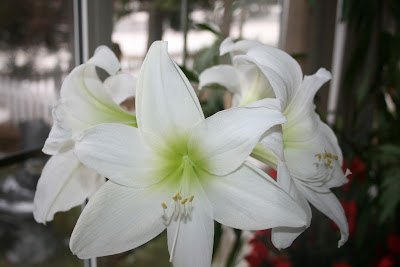 Perhaps a little summer collage will do the trick 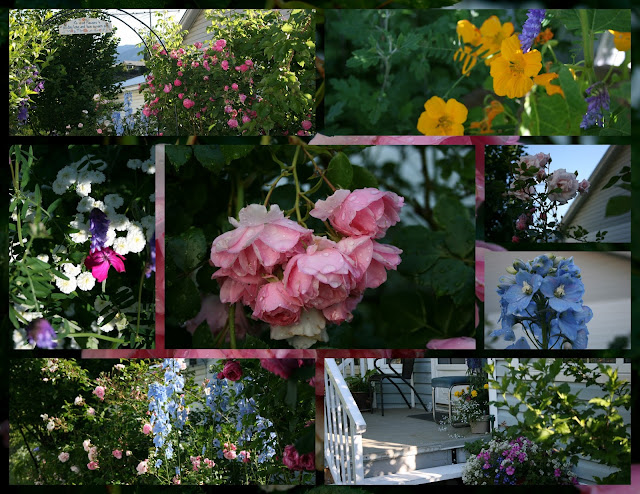 Or a summery smilebox