The letter is L for fascinating Lillooet 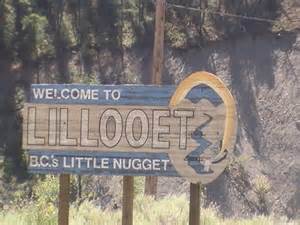 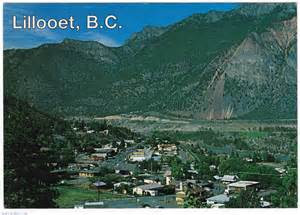 It is hard to find a town in British Columbia that is not surrounded by mountains,
and Lillooet is no exception... 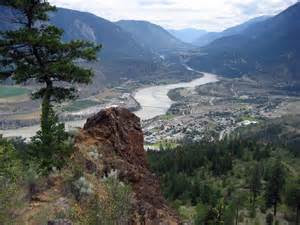 It is a fascinating town, because of its history and culture.

Located about 150 miles up the British Columbia Railway Line from Vancouver,
and situated at the confluence of several main streams with the
Fraser River,  it attracted large seasonal and permanent populations
of native people.  First Nations communities
assert the land as traditioal territory since time immemorial, and
it is considered to be one of the oldest continuosly inhabited
locations on the continent; reckoned by archaeologists to have
been inhabited for several thousand years.

The town itself started as one of the main centres of the Fraser Canyon
Gold Rush of 1858-59 and was considered to be the largest town west of Chicago and north of San Francisco at that time.

Lillooeters consider their town to be 'Mile 0" of the original Cariboo Wagon Road.
It is true that the numbered roadhouse names of the Cariboo district are measured from the bend in
the main street in Lillooet, where a cairn was erected to commemorate this fact.

Hundred Mile House - Hundred and Fifty Mile House...
all towns now on that road called at its start 'the Golden Mile'
partly because of all the gold dust said to have been scattered
along it in its heyday, and also because it was the hub of supply for
the surrounding goldfields. 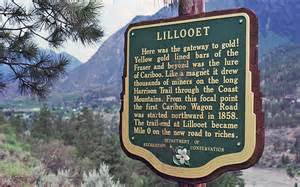 Gold mining and prospecting continue in the area to this day,and added to it
was the discovery of the world's largest source of the nephrite form of jade.
Mining of the jade was greatly facilitated by the invention of a local farmer (Ron Purvis)
who adapted the skil-saw concept by implementing a diamond rotary blade, making is possible to
carve jade from the many immense jade boulders which line
the banks and bed of the Fraser and Bridge Rivers.

There were once fields of market gardens in and about Lillooet, but recently
agriculture has turned to the cultivation of grapes

Of course Lillooet has not ignored their marvelous resources that feed the tourist
industry and attract hikers and fishermen, 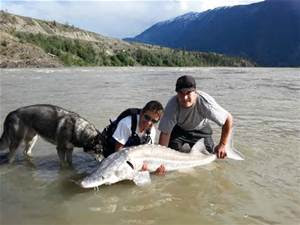 and there are many driving and walking tours in the area.

One takes the visitor on the Kacham Shuttle that winds along the shores of
Seton Lake, passing by sites of historic significance and usually some wildlife.

Others follow the old Cariboo Gold Rush Trail and some lead to great lakes and parks
in the area, so that you travel from desert canyon to coastal rainforest in just a few hours.

Lillooet has a number of Japanese Canadian families today who are descendents
of those who remained in the area after their relocation to Lillooet during World War 11.

Among them are descendents of Dr. Masajiro Miyazaki, an osteopath who was enlisted by local
police during the war to serve as a replacement for the town's deceased coroner.

He became the region's de facto general practitioner and is one of the
town's residents appointed to the Order of Canada.  His house is still open for tours of the doctor's office, which has been preserved as he left it.

The other Lillooet recipient of te Order of Canada was Margaret "Ma" Murray,
a Kansas born farmgirl, born to Irish immigrants, who moved to Vancouver
before World War 1, went to Lillooet with her husband, George,
and there  became known for the once famous Bridge River-Lillooet News.

She wrote with a saucy wit, daring opinions and spicy language,
and always ended her opinions with the phrase
"and that's for damsure !'

"She was perhaps the source of the town's greatest renown." 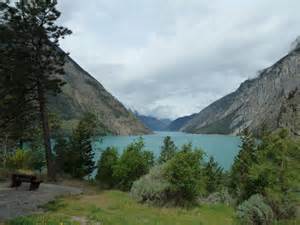 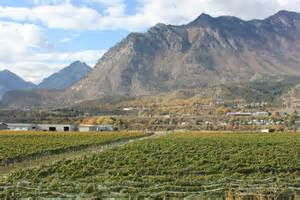 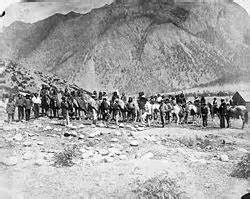 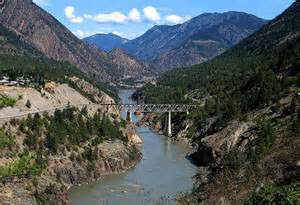 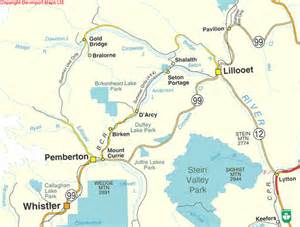 For more great Ls leap the gorge here and visit ABC Wednesday
with thanks to Denise and Roger and alltheir helpers.

This, that and the other -

Well, first of all - after five wonderful great grandsons, a second precious great granddaughter to grace our family, - what a joyous welcome she received!!!  In her honour the sky is blue, the sun is moderate and kindly warm, the birds sing and the colours of fall are subtle and mellow along the roadsides and through the hills.... 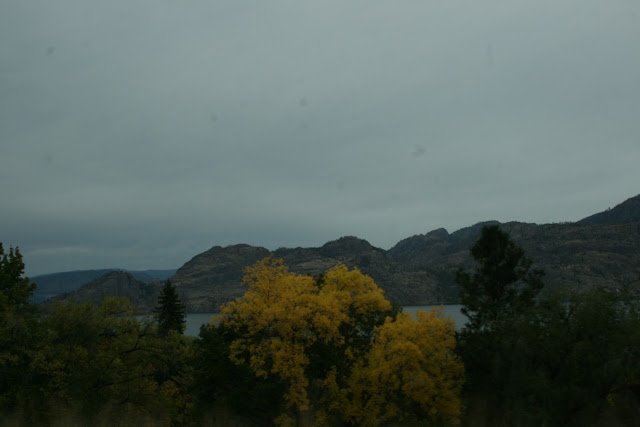 Everyone and all things are elated!!

And she lies in her little crib, rosy lipped and content, and full of promise. 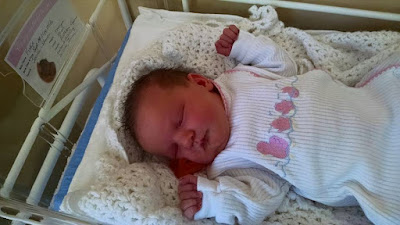 I find as one grows older new lives are ever more precious, dear and enduring.

I have been poking about in the garden this afternoon, cutting back the phlox and
encouraging the chrysanthemums which seem late in blooming this year.

I look with dismay at a number of our trees that are afflicted with aphids
and the way the syrup drips from the branches and glosses
the leaves of the plants beneath.

Desperate pruning and spraying seem to be the order of the season,
either now, in the fall, or next spring.

And when I have not been in the garden these lovely autumn days
I have been knitting or reading or weaving towels for Christmas.  A pretty lace scarf finished
while I watched and listened to the Berlin Philharmoniker in concert yeseterday morning
with Zubin Mehta
(my favourite conductor) 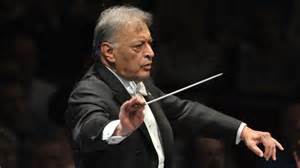 Or I have been reading.  After poking into the history of Kingcome Inlet
for an ABC Wednesday blog I went looking for a copy of Margaret Craven's
novel "I Heard the Owl Call my Name" and have enjoyed re-reading it after
many, many years.  Well, I have enjoyed it, but I was also in tears part of the time,
in the very sad parts.  I an thankful now that there is a greater
respect and familiarity between First Nations and the later inhabitants of this land (us).

Although, in the Similkameen, where there has always been a sharing of schooling,
there has been great friendships amongst those First Nations people in the valley who are
the same generation as we were, as our children are, and their children, too!

Then in church this morning, I was mentioning Kingcome Inlet and the book
to our priest, and he told me
that he had been in Seminary at the same time "Mark Brian" * was preparing
for the Anglican priesthood.
*(the name of the protagonist in the book)

And the friend who was sitting beside me when we were having coffee
told me that in the fifties Kingcome Inlet had been on her husband's itinerary,
and so she was familiar with it, and with the book......

How life all fits together when we are aware......

Tonight I am planning to start another scarf  (Christmas coming....), watch the first episode
of Indian Summers on PBS, and look at the moon do its scheduled
dance with the sun and the earth.  This will be my last chance,
as I don't expect to be here in 2033....