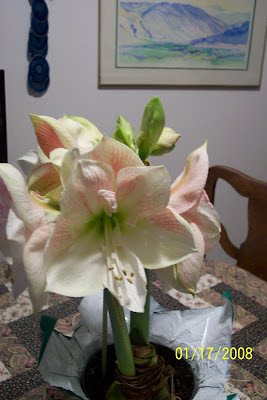 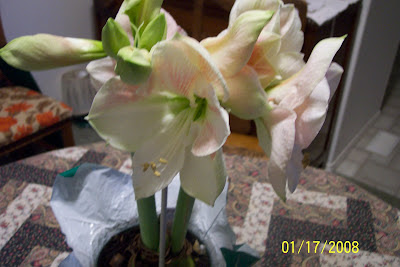 So amazingly delicate and beautiful. And so magnificently enthusiastic .....

Out in the garden the first little greening of the season - the Hellebore (Lenten Rose). 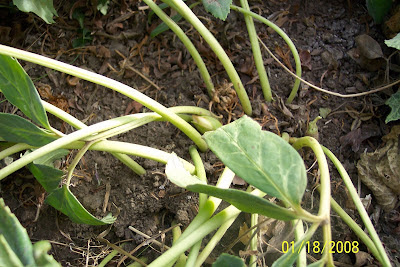 Close your eyes and imagine...

The sky is blue, - a few clouds drift lazily in the south. The sun shines gently, and a small breeze wafts the perfume of the garden your way......

Double Click on the picture below, - come and lose yourself in the mid June garden.... believe it, - it is only five months away. All that wonderful, lush green growth..... 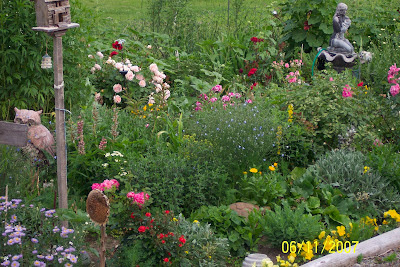 The bees are a-buzzin' and the small birds sing. Would you care for a glass of lemonade?
Posted by Hildred at 3:11 PM No comments:

I find that aging involves a certain alchemy with Time and Memories. What happened three minutes ago when you laid your car keys "somewhere" dissolves into the mists of time, - and yet out of those same "mists of time" come the memories of long ago.

I sometimes imagine a library of memories, with a fairy file clerk wandering the stacks, pulling off a file randomly and bringing it back to present it as the "memory for the day".

Today I thought about cooking salmon for supper as a nod towards dietary needs for both Husband and myself.

I immediately remembered the marvelous salmon we used to buy from First Nations People who caught them in the Coastal waters and brought them into the interior to sell. And then I thought of Alex Hold, a good and complex friend from our younger days, who taught me how to prepare a delicious baked salmon dish, along with Cherries Jubilee and Peaches Flambeaux-a-la-Hold. Alex was a Master Chef who plyed his trade in the logging camps of B.C. and in the Canadian Army during World War Two.

We were still quite young when Alex came into our lives, and Husband and I were discussing the things we learned from him, and from other friends.

We were bridge players at that time, but Alex was a Master. We both loved music, but Alex's knowledge of music far surpassed ours, and he was generous about sharing - perhaps a little condescending, but at that point in our lives we were eager to expand our experiences. We were young and eager and confident, and a little condescension was acceptable, especially when we recognized the value of the culture he offered.

It was Alex who advised me to learn just one flamboyant piece of music well, and when asked to play the piano that would be my 'repetoire'. And I did, - I studied Beethoven's Pathetique Sonata and played it with style and aplomb, - and I wish I could still. He eventually married Elizabeth, loved by everyone in the family and his equal in elegance.

Select a lemon, or two - depending upon the size of the salmon. Stud it with rows of cloves, so that when the lemon is sliced each slice has little knobs of clove encircling it.

Place the salmon in a well buttered dish, - dot it with butter and sprinkle it with salt and pepper.

Slice an onion with two diced green peppers and one to one and a half cups of celery, one bay leaf, five or six pepper corns and a little garlic and place around the salmon.

Lay lemons on top of the salmon, pour a cup of white wine and juice of one half a lemon over it, and bake in 350 degree oven for forty-five minutes to one hour. Baste every fifteen minutes.

Fillet (a tricky maneuvre which I remember doing with great care) and serve.

When I was thoroughly familiar with Alex's Baked Salmon I felt confident enough to make changes and additions, and used to dice some of our wonderful Similkameen tomatoes and mix them with the onions, green peppers, etc.

Fit for a king - as was his Trout Recipe... Dictated as follows.

Decanter top oil from butter after melting.
Clean trout, leaving head on, and don't take out liver.
Dip in mixture of egg yolk and water, half and half.
Make Melba Toast out of fresh bread, crumb and roll trout in the crumbs.
Fry the Trout until golden brown.
In remaining butter fry almonds and when they are a pale golden pour juice of one half lemon and wine glass of wine into the fry pan. Pour quickly over trout.

On the front page of Elizabeth's own cookbook was the following rhyme...

Wouldn't it be wonderful if you could carry these old friends into these last years with you?

I guess that is what the Memory Fairy is for.
Posted by Hildred at 8:28 PM No comments:

In Consideration of Strawberry Jam 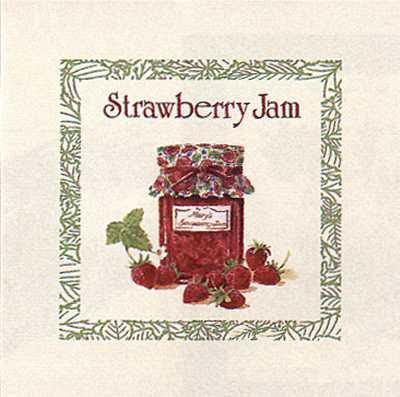 A plaintive message from a Grandson tonight told me of the wonderful fluffy biscuits he had just made, and the fact that he had run out of Grandma's Homemade Strawberry Jam. A disaster of fairly large consequence in the scheme of things.... Especially when Grandma has no jars of Strawberry Jam in her pantry to replenish her own supply........ 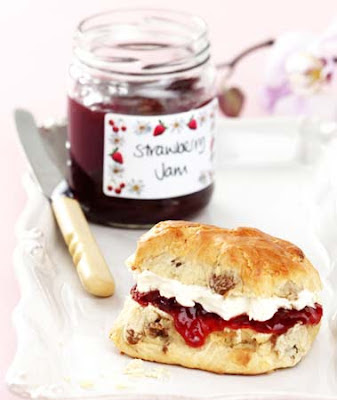 June is far off, - this blustery January day drives home that fact with great swirls and gusts of southern wind. The closest I could come to comfort food today was Bread Pudding and Meat Loaf, - a far cry from the delicious taste of strawberry jam, the delights of which make you close your eyes, run your tongue around your lips, and sigh - deep sighs.

It calls for a foraging in the freezer, to see if there might be a bag of frozen strawberries, lonely and forlorn and overlooked.. ..... a bag of chilly gems that could end up as soul satisfying jam 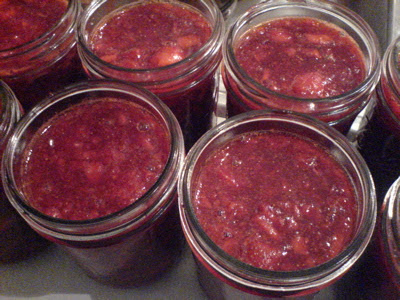