A poem for August 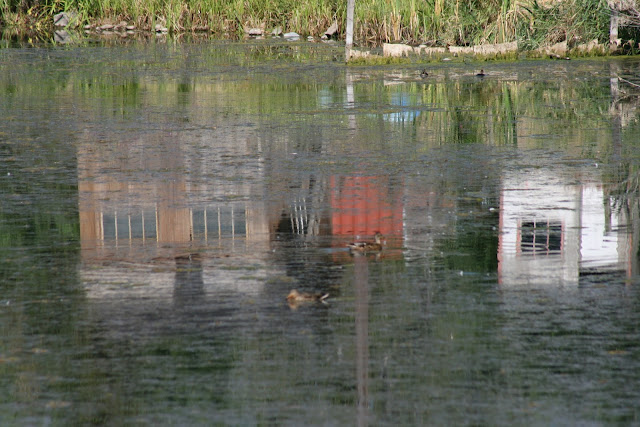 It’s ripe, the melon
by our sink. Yellow,
bee-bitten, soft, it perfumes
the house too sweetly.
At five I wake, the air
mournful in its quiet.
My wife’s eyes swim calmly
under their lids, her mouth and jaw
relaxed, different.
What is happening in the silence
of this house? Curtains
hang heavily from their rods.
Ficus leaves tremble
at my footsteps. Yet
the colors outside are perfect—
orange geranium, blue lobelia.
I wander from room to room
like a man in a museum:
wife, children, books, flowers,
melon. Such still air. Soon
the mid-morning breeze will float in
like tepid water, then hot.
How do I start this day,
I who am unsure
of how my life has happened
or how to proceed
amid this warm and steady sweetness?
Albert Garcia

E is for Effie Gray

The choice is Effie Gray 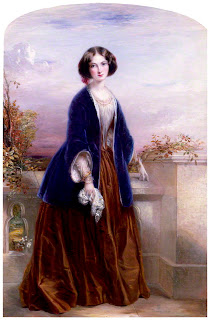 Effie Gray, painted by Thomas Richmond
I came to Ruskin early in my reading life but somehow, now, I have just discovered his wife,
Euphemia Chalmers Gray
Born in Perth, Scotland, she lived in Bowerswell, where her family was acquainted
with John Ruskin's father, and between them they encouraged a match between the two.
They were married in 1848, and Google says "their different temperaments soon caused problems
as she was naturally outgoing and flirtatious,
coming to feel oppressed by her husband's dogmatic personality".
However, the facts are that Effie left her husband after five years,
without the marriage being consummated,
and after the annulment of the marriage, married her husband's protégé, the painter, John Millais.
This famous Victorian 'love triangle' has been dramatized in plays, films and an opera
(so how did I miss it!!!!)
A new movie on the subject, entitled "Effie" and directed by Richard Laxton, is to be
released in October, 2013.  The script is by Emma Thompson.
Another Emma has also written a short story about Ruskin and Gray's
wedding night, entitled 'Come, Gentle Night' ,
to be found in Emma Donoghue's  book of short stories
'The Woman Who Gave Birth to Rabbits"
Effie went on to have eight children and led a presumably happy family life with John Millais,
even though the scandal of the annulment from Ruskin
barred her from some social functions, and she
was not allowed in the presence of Queen Victoria!
Oh well............
For more interpretations of the letter E visit here at ABC Wednesday
and give thanks to Denise Nesbitt, Roger Green and all who help in maintaining
this great meme.
﻿
Posted by Hildred at 9:53 AM 10 comments:

Friends very kindly took me to a lovely evening concert on the grounds
of the Grist Mill in Keremeos, - as a matter of fact the two performers from Silk Road
in North Vancouver played beautifully
in the outdoor kitchen used for demonstrations
to an audience gathered under a huge and magnificent chestnut tree, sitting
on blankets or lawn chairs brought from home. 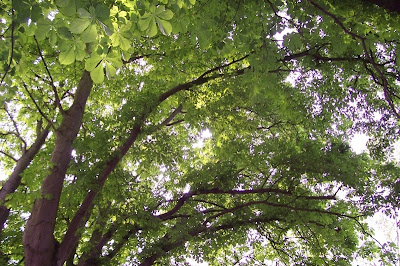 Two local wineries provided refreshment, and it was a lovely gathering
of mixed generations, - ancients as well as many of my children's peers, who
appear suddenly greying, middle-aged but still full of memories
of growing up on the Cawston Bench.
I can only give you a link to a small partial video of their performance
of a Turkish melody, but I hope you will enjoy it.


I have seen these two great performers in more sophisticated settings but
they played just as enthusiastically under the chestnut tree,
a wonderful eclectic mixture of Celtic, Asian and Folk music.
Such a satisfying event!