We have gone on a pictorial drive to Penticton, and one to the south east over the Richter Pass to Osoyoos, but on Wednesday Charles and I journeyed up Highway 3 to Hedley, and, as usual, were struck by the differences in the topography of this rocky part of the Similkameen.

It has a beauty all its own. The striated mountains have been a repository for gold and copper, and over the last century mining in the country around Hedley has had a varied and profitable history.

We left Keremeos and traveled through ranch land where the Black Angus grazed contentedly on the spring green meadow. 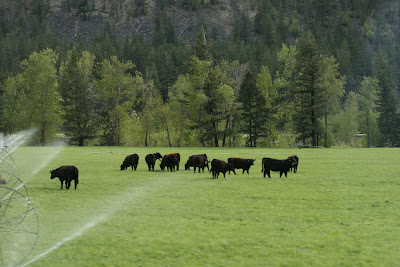 High in the distance on our left we glimpsed the snow on Crater Mountain, an area that I have not visited myself, but one which seems to hold a fascination for the men in the family. I particularly remember Charles and No. 2 son leaving a family picnic in the Ashnola region for a 'short' drive up the road to Crater Lake, and creating a small panic when they were not back by dark! But then, I probably panicked easily in those days. 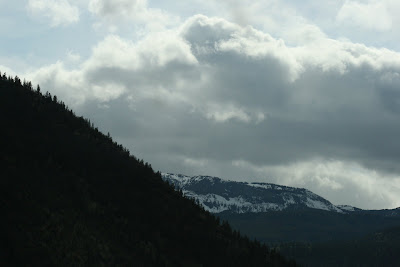 Soon the ranch land narrowed into a a stony corridor with intriguing walls, created by fiery volcanoes more than thirty million years ago. A little research records small ocean creatures captured within the rocks. 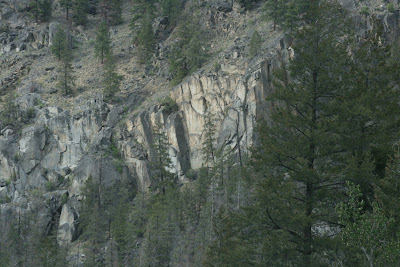 A quartzy waterfall cascades down to the road. 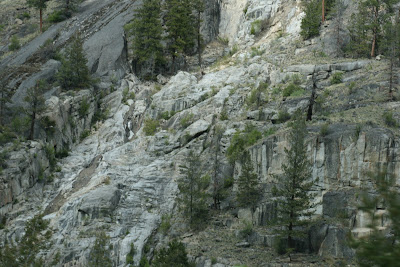 And just down the road a beautiful, but rather threatening, tower of rocks forms a forbidding castle. 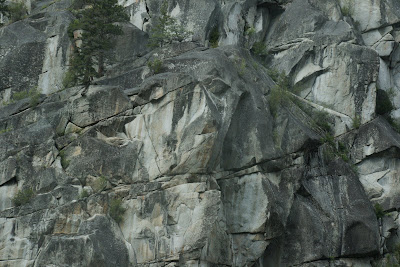 We pass St. Anne's Roman Catholic Church on the Upper Similkameen Indian Reserve, turn the corner and slide gently down into the town of Hedley.

The town, the mountain and the old abandoned Nickel Plate mine above us has memories for Charles of the few months he worked here before joining the air force. Here is a picture of the 'skip line' as it was when he rode the steep incline... 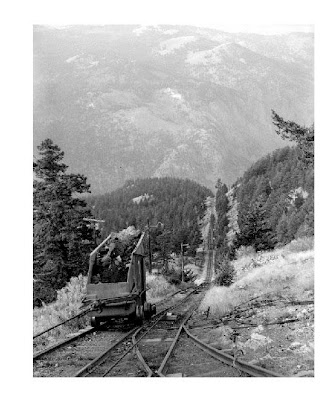 The mountain has given up its gold. The mine and the community at Nickel Plate have been abandoned. The Mascot Mine has been turned into a spectacular tourist attraction, well worth visiting. But in 1904 the Hedley mining ventures were just starting on their roller coaster endeavours, and the establishment at the base of the mountain looked like this...

Fortunes were made, and fortunes were lost. Hedley now is a small town with a bright core of community minded inhabitants. We drove around slowly, - there were memories for Charles there, and for me as well as we passed the Community Church which is part of our Parish.

We took pictures of the steep striated walls that encircle the town... 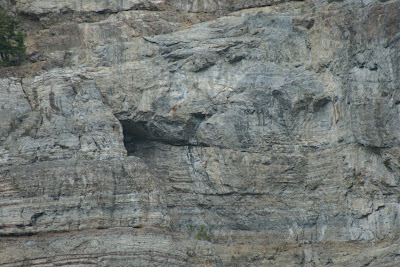 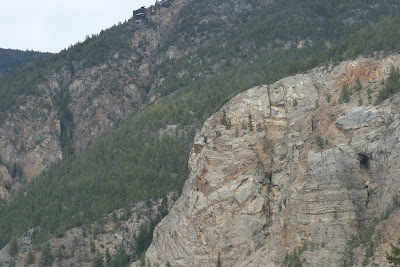 and then we drove home, and I could take pictures out of the window on the other side of the road!

Of the river, from a spot where Charles took a picture with his small Brownie camera in 1942.... 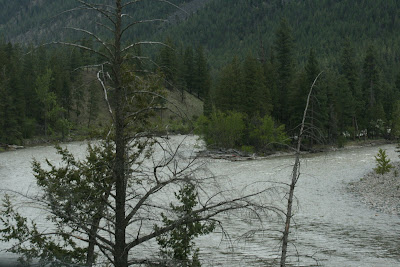 Of the cut to the Ashnola River valley which leads to the magnificent Cathedral Lake country.... 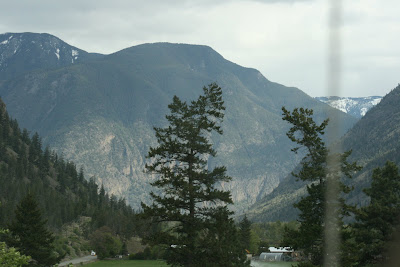 Eventually the Cawston hills appeared in the distance, 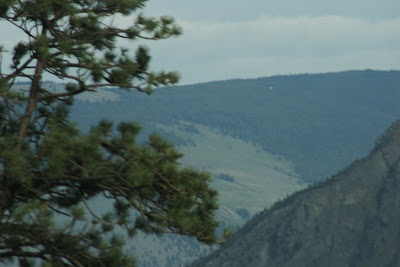 and we continued through the familiar countryside west of Keremeos, and the red covered bridge that crosses into Ashnola country. 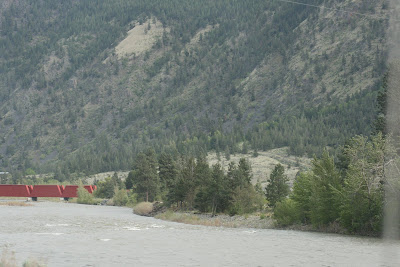 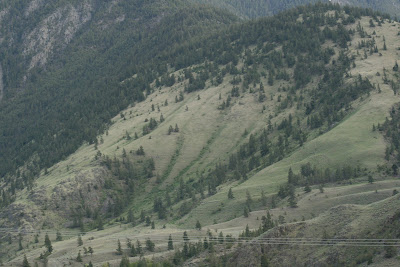 The weather was chilly and miserable, but the company was great and it was a pleasant drive and a happy day.
Posted by Hildred at 8:24 PM 2 comments:

Q is for Quivering Aspen

And what nicer tree to give you that feeling of delight than the Quivering Aspen, with its delicate leaves turning in the breeze, reflecting the sunlight, and just, well, all a-quiver!

Here are three baby Quivering aspen we found in a little grove of trees at a coffee break on our way from Princeton to Merritt. 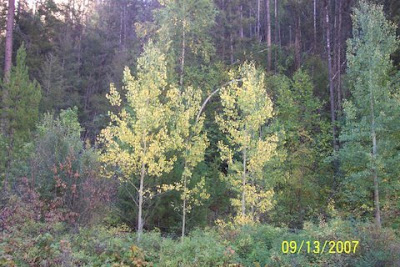 Shall we disregard its history and enjoy the lovely melody as interpreted by Laura Sullivan on the Synthesizer..... 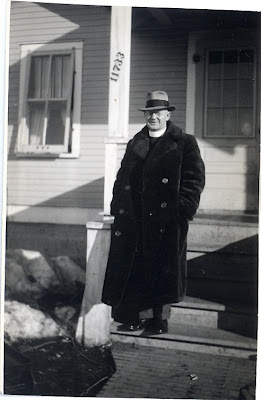 In the back row of the junior choir some of the more irreverent girls said it softly along with him!!!
Posted by Hildred at 6:52 PM No comments: