The letter is K for Kingcome Inlet 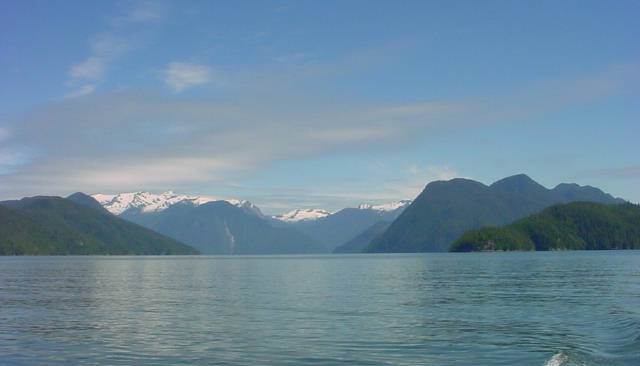 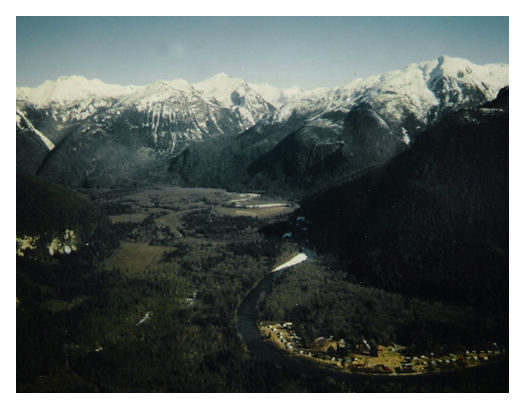 Whereas there was a great dirth of towns whose names began with the letter J in British Columbia I found when I went looking for K I was quite overwhelmed.  Keremeos, right here at my elbow, - Kamlooops, Kitimat, Kaslo, Kimberley, Kleena Kleene, Kelowna, Kitchener, Kitwanga and Kildonan.

And down on the southern coast of British Columbia there is a small fjord 'set against the backdrop of great towering mountains, carved into the Coast Mountain Range of mainland British Columbia by the glaciers of the last ice age'.

I repeat these words because everywhere I looked for information I found them written, just as they are written here.

The community of Kingcome Inlet is located at the head of the inlet, and two miles up the Kingcome River is the Tsawataineuk ('tsa-wa-tay-nook') Village of Kingcome. The Tsawataineuk
belong to the Kwakwaka'waka First Nation and have lived here for thousands of years, with a rich historical culture and heritage.

White settlement began in 1895 when the Halliday brothers, Ernest and William, took up land near the mouth of the river and started B.C.'s most isolated cattle ranch.  The Halliday ranch became a coastal landmark, helped along by the notoriety of William Halliday who became an Indian agent and played a prominent role in government attempts to suppress the potlach. (A gift giving feast practiced by the Indians of the Pacific Northwest, and of great importance to them both economically and traditionally)

Kingcome Inlet was the setting for that beautiful and poignant novel written by Margaret Craven and published in 1967.  It tells the story of a dying Anglican priest, sent by his bishop to work with the Tsawataneuk, believing that he will "learn enough of the meaning of life to be ready to die."  I had read this book many years ago when it was first published, and then again within the last twenty years, but it is no longer on my shelves, and so I was delighted to find a video of the movie that was made from the book on Youtube, and look forward to a hour or two of reminiscing as I watch it. 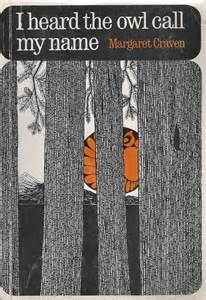 Missionary activity with the Kwakwaka'waka was initiated by the Church Missionary Society mission station at Alert Bay as early as the 1890s, but by the late 1920s the missionary work at Kingcome had been transferred to the Columbia Coast Mission, and St. George's Church was consecrated in 1938. 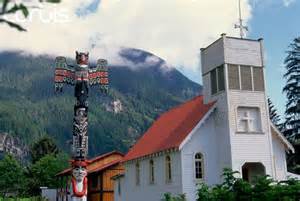 As I remember the book the learning process was equally divided between clergy and First Nations. 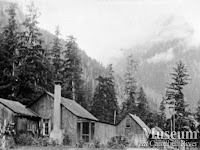 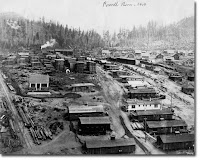 Economic activities in the Kingcome Inlet area include commercial logging, fishing and silviculture, and at one time in the early 20th century, the Powell River Logging Company set up shop here and took advantage of the wonderful resources available, providing married living quarters for their employees from up coast. 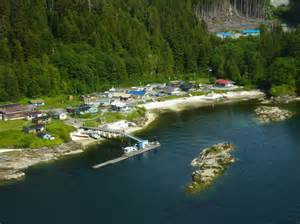 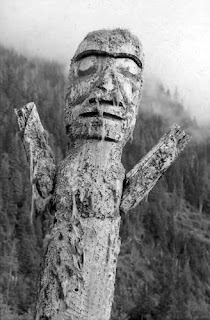 Some twenty years ago (can it really be that long) the people of Kingcome Inlet were flooded out of their homes and their Big House was severely damaged.

to be replaced with this new building. 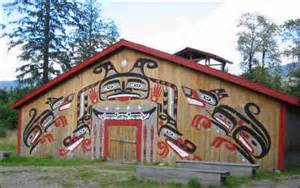 Although this is a picture of the people waiting on the dock to leave for spring break, one can only imagine their anxiety as they left their homes and were air lifted out of Kingcome to Alert Bay 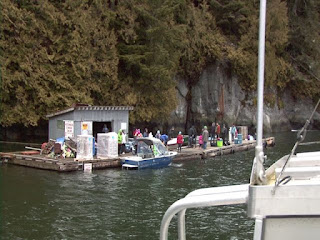 As in many parts of British Columbia life is a great adventure for tourists, and this magnificent fjord-like inlet hosts several remote fishing lodges set in spectacuar surroundings.  The area teems with wildlife, cascading waterfalls and waterslides, and steep mountain cliffs which rise straight out of the sea.  As Kingcome Inlet is accessible only by private boat, water taxi, or scheduled and charter floatplanes the tourists are not exactly the tenting types....

The region is home to a northern population of resident killer whales (Orcas), and other marine mammals include dolphins, porpoise, resident harbour seals and wintering Stellar sea lions.  Other wildlife in the area include deer, bears, shorebirds, seabirds, loons and bald eagle. 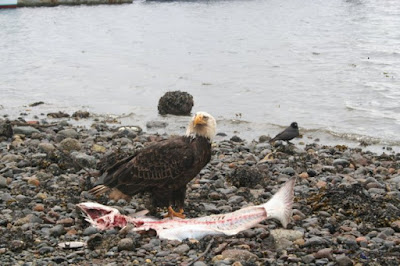 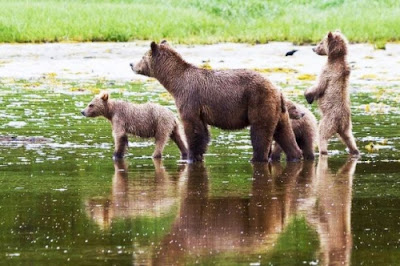 In many First Nation Communities there are ancient pictographs which depict happenings and history of the areas.  Kingcome Inlet is rich in this culture. 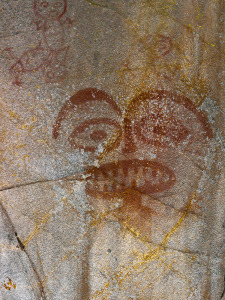 This is entitled the Chief's Bath And this is a sailing ship - perhaps clearer at a different angle.

A more modern pictograph has been painted by
Marianne Nicholson (a native Tsawataineuk) to mark the vitality of this First Nations group. 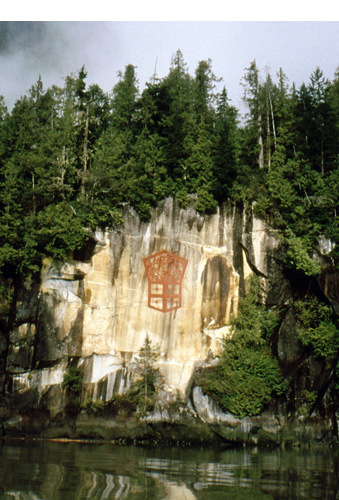 The image is of a 'copper', a large shield shaped symbol of chiefly power, family prestige and spiritual inheritance, among many meanings.  'Many pictographs on the coast are fading away, rinsed by the sun and rain, and some even vandalized.  This massive pictograph takes a stance for all the past, present and future powers of the Kwakwaka'wakw First Nation'.

A book, "Two Wolves at the Dawn of Time" has been written by Judith Williams,
telling the story of this pictograph, its meaning, and the politics (for want of a better word)
behind its creation.

I have learned a great deal from my research into the culture of the peoples of Kingcome Inlet
and find I am enjoying immensely this opportunity to delve into the towns
and communities and culture of British Columbia.

As an aside, while looking at photos of the region I came across a couple in Kingcome Inlet
who had bought wood wedding rings, from Touchwood Rings,
in which company my son is the artist and my daughter-in-law
is his precious liason with the public. 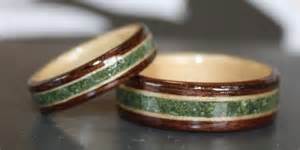 For many interesting Ks kindly klick here to get to ABC Wednesday
with thanks to Denise, Roger and any kinky helpers they might have.