For the last two weeks, with little exception, the Similkameen skies have been despondent, despairing, dismal and gloomy. Just occasionally delightful. 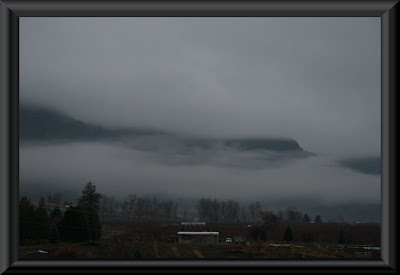 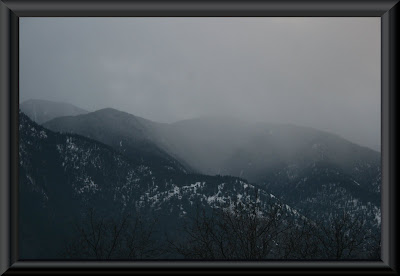 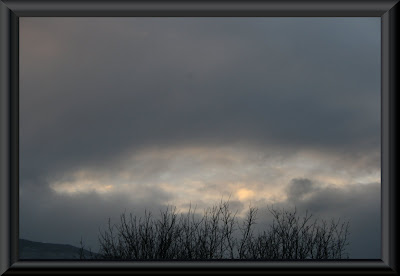 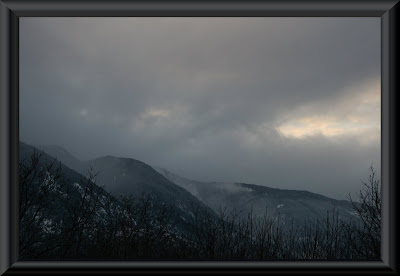 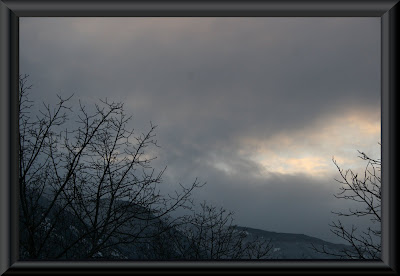 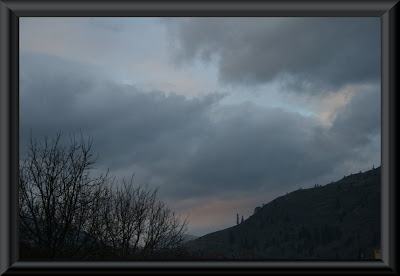 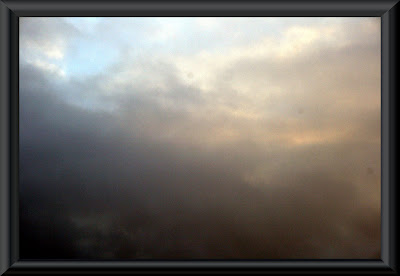 Here is a photo from the archives to add a little colour to this dreary posting. 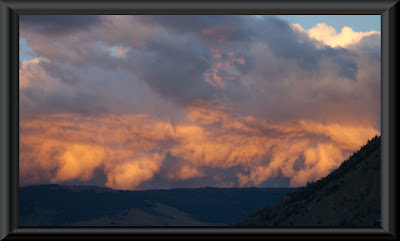 For many more and varied skies from around the world visit Skywatch Friday here, with many thanks to the Skywatch crew.
Posted by Hildred at 6:06 AM 18 comments:

C is for Calliope

First of all Calliope was one of the lively daughters of Zeus.

She was the eldest of the Muses, the goddesses of music, song and dance. Calliope was the goddess of eloquence, who bestowed her gift on kings and princes, and the mother of Orpheus. In the picture below look for the Muse playing the Lyre, or carrying a scroll. - that would be Calliope 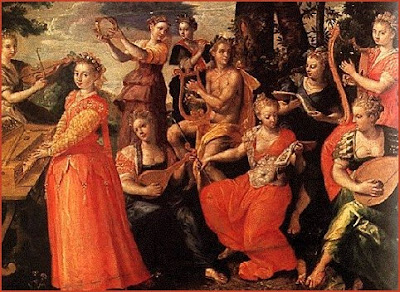 As we approach modern times (relatively speaking) the calliope has a nice ring to it and speaks to us of fun and fairs and riverboats. Nowadays a calliope is a mechanical musical instrument that produces a sound by sending gas, or steam or compressed air through large whistles. In the age of steam a calliope was a most convenient instrument in any place where a steam supply was available for other reasons, - it does not make gentle music and neither is it capable of nuances of emotion, but its merry, rather raucous music, is perfect for steamboats and carousels out in the open air where it can be heard for miles. On a steamboat the excess steam is used for pumps and various anciliary apparatus. "When a steam plant is slowed to a stop steam pressure demand is reduced and the excess must be relieved somehow. They can either open a valve and release it in a loud roar, or they can pipe it to make music." (riverexplorer)

I had so much fun researching the whistles and keyboards that are all part of the calliope, - it seemed to me to be a part of America that interpreted so well her spirit in those years from the 1850's to the 1950's.

Joshua Stoddard of Massachusetts, patented the calliope in 1855, originally intending it to replace bells at churches, - if you want to learn more about their construction
Wikipedia has a wealth of information.

Unfortunately there are few steamboats left on the big rivers of America, but enjoy this sample of a Calliope, gaily decorated and blowing off steam in a musical fashion

Is there a carousel in your memories? One that housed a calliope and could be heard above all the noises of the fairground and will be forever associated with pink cotton candy and hot dogs, and when you were very small was a great and exciting adventure?

We have a calliope of sorts in our memories. Shortly after we were married we bought a 1933 yellow two seater with a rumble seat and wire wheels, - the perfect car with which to start a marriage, romantic and lighthearted and the prettiest yellow (and don't forget, with wire wheels!). On VJ day Charles attached an old four note whistle from a 1920's Essex car to the exhaust and created our own small calliope which we took to town and joined in the celebration. 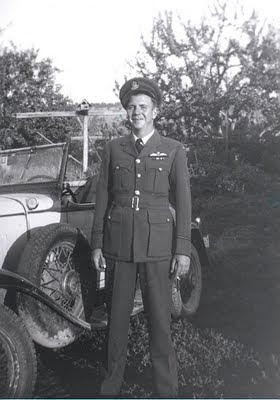 There are more interpretations of C here, at ABC Wednesday, thanks to the generosity and hard work of the ABC crew and Mrs. Nesbitt.
Posted by Hildred at 6:32 PM 15 comments:

"White rabbits, white rabbits" I said to Caspar early this morning, as he was the only one awake besides Miss Callie, and she doesn't believe in such nonsense.

And Welcome to February!

We are having mild, damp weather. The clouds hang low in gloomy despondency, but in the garden things are happening! 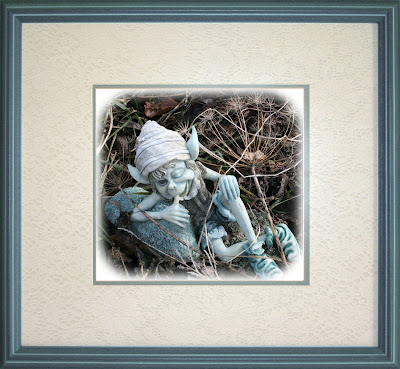 A week ago I looked speculatively at the forsythia in the garden, and decided to break off a small bit. Popped it into a narrow container and put it on the kitchen windowsill, along with the gourds and a bit of dried flax from last summer, (which has lost almost all its heavenly blue bits). 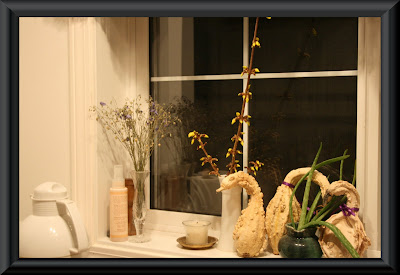 And in the big bathroom a pot of pink tulips are promising a treat in a couple of weeks, along with the red geraniums which are just coming back into bloom 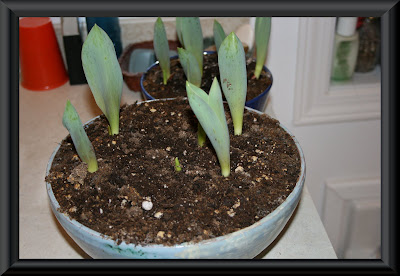 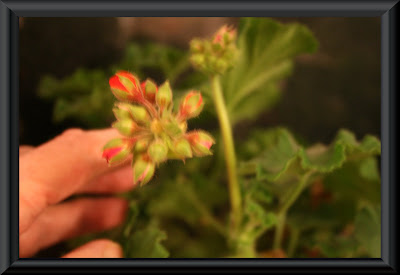 Weird old Christmas cactus bloomed in November, and now is doing an encore, but only a half-hearted effort. 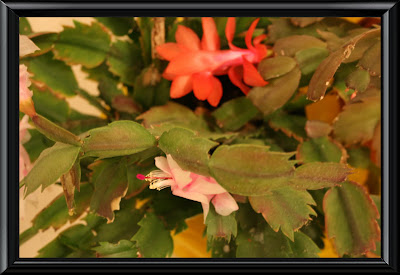 Charles did a tour of the garden this morning, and the rising sap awakened in him his Master Pruner spirit! After sixty-five years and the deep down knowledge that he knows exactly what he's doing, it still makes me nervous when he gets the pruning shears in his hands and that enthusiastic gleam in his eye.

However, he is welcome to prune the forsythia sometime very soon, and I will fill the big bathtub with its branches and we will have a glorious golden froth to complement the red geraniums.

I poke and peer along the pathway, but all I have found so far are a few daffodil bulbs poking through the ground, and the Lenten Roses pushing their vibrant scarlet stubs into the balmy air. The quail and a sharp shinned hawk take turns patrolling the garden. 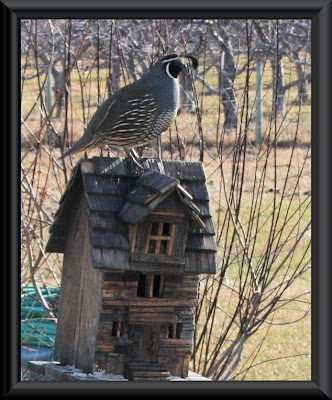 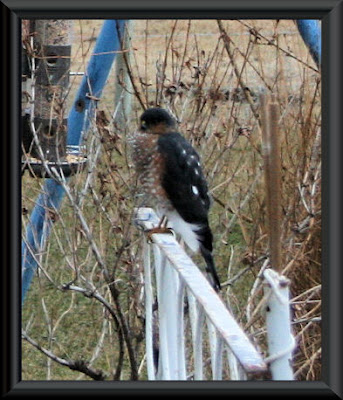 What will tomorrow bring when the groundhog wakens momentarily to sniff the air for spring?????
Posted by Hildred at 9:11 PM 9 comments: