Well, Christmas is just a lovely memory.  Only a dozen or so shortbreads left, - three mince tarts and a  basket of pastry shells for holding a delicious spoonful from  the little jar of lemon curd residing in the fridge.

I went to bed early on New Year's Eve so the lack of a tender New Year's kiss at midnight would  only be a dream.

New Year's Day lots of family around, and the day after was THE birthday (94th) about which I have written before.  It was a sweet affair with visitors and phone calls and Facebook messages.

As I have said, I share this birthday with a four year old great grandson, but the first ten days of January are awash with celebrations.  A grandson celebrates his birthday New Year's Eve.  His sister's  special day is today, on the fourth.  Two days hence her husband's......

On the 6th a grandson's dear wife, and on the 7th there will be celebrations on the meadow where my daughter-in-law lives.  Our youngest son lives there, too, and his birthday is on the 10th of January...then a little respite until the 22nd and 24th when two more granddaughters gain another year.

Is this fair - to have so many birthdays the month after Christmas?  Well, probably not, but it is reality, and it carries the family along joyously.

I am eager to get back to the looms, and this morning I finished the man's scarf which didn't make it in time for Christmas.  Yesterday I put away some of the Christmas decorations,  and today I washed the floor of the little dog's footprints, along with the salt that had been tracked in, and dusted, so things are somewhere near to getting back to normal.

I love it when the wreaths go up and the very small tree gets decorated, and when the very large tree in the front yard is alit with Christmas lights, but after the first week in January I am glad to have the simplicity of the normal and make plans for the rest of the winter.

One of my New Year's Resolutions (I haven't many) is to remedy the habit I have fallen into of neglecting the hours I used to spend reading, in favour of hours I now spend at the loom.  In accordance, after I had been out in the sunshine this afternoon, feeding the birds and restoring the compost with left-over Christmas stuff, I took from the shelf a book of essays by Chris Arthur.  One of my favourite genres, - this was his Irish Nocturnes.

An hour with his essay on linen and his great grandmother, and all the hands that laboured to produce the linen that graced the past.  He winds his memories and the history of linen around his great grandmother's linen 'carver'  (a carver is a small square of linen designed to be put at the head of the table where the meat is to be carved so that any spillage will result in just the carver being washed, instead of the whole tablecloth)  I thought about that, and about dinner with the family when each and everyone was gathered around the table, and the stories of the day were related to one another.  This is how it was in our family, and how it is when I dine with some of the children (in their sixties!) these days, but I think too often the hustle and bustle of every day life results in much more casual eating habits, and something is lost that binds families together.

I am determined that I will make time each day for reading.....there are so many opportunities.  One's own book shelves, the library, the Kindle, the book club.


Pray for me, for I am also so excited about the weaving thread
(cotton, silks, and a blend of silk and wool)
that is due to arrive next Tuesday!!!


Mornings for weaving - afternoons for reading,
and in between I guess the dusting will get done!!!

Thank goodness I am in the habit of making the bed before I ever
leave the bedroom in the mornings!!! 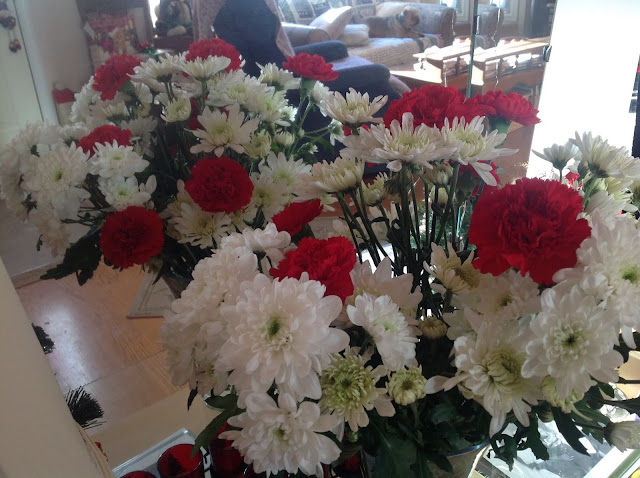 in memory of Charles

and placed there this year

by his eldest son... 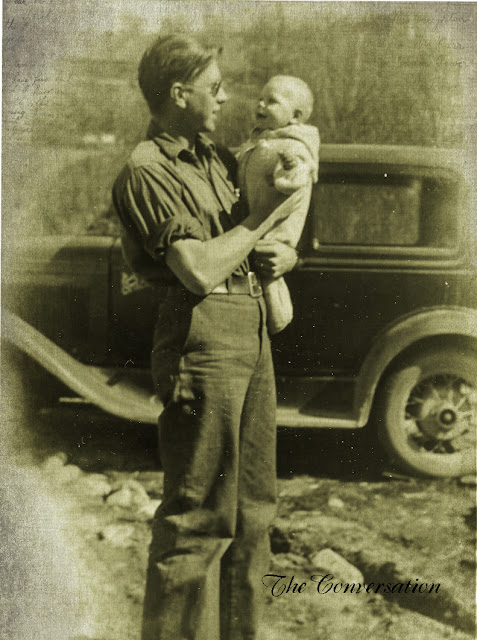 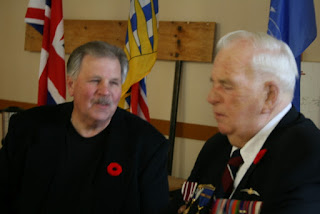