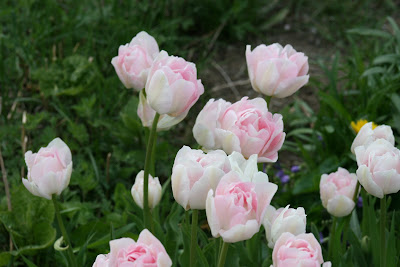 I am out in the garden early this morning, determined to clear the spot where these pretty double pink tulip bulbs lie buried under a great mound of violet leaves. The plant bears no flowers, and I am confounded as to where it has come from and how completely it has taken over every bit of space between the legitimate flowers. There are tiny purple violets blooming next to it, behaving as all sweet fragranced violets should. I will have to google it....

After digging up the roots I carefully remove the dirt from around them and rescue dozens of bulbs of all sizes. Tomorrow's job will be to plant them in the freshly prepared soil.

The morning is still cool and I would like to continue my partnership with the shovel, but I am getting tired and it is getting close to coffee time. And so I go and find my coffee partner and warn him of impending refreshments.

We sit on the back steps and chat about where in heaven's name the curtain rod accessories could have gone, and how goes it with the sharpening of the rototiller.

Charles is facing east, and suddenly he draws my attention to the blue sky and an eagle circling above the hills. I run for the camera, - he is still there when I return, searching for an updraft to take him far into the sky. 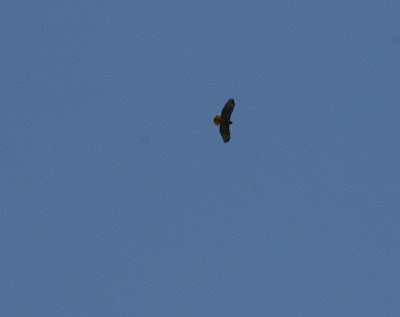 Before he finds it I am able to take a quick picture, and then he is off and out of sight in the twinkling of an eye. What a great gift to see this lovely bird soaring, and I thank Charles for his quick eye.

Coffee and muffins finished, I gather up the tray and go into the house to make apple crisp from the windfall Macintosh I gathered first thing this morning, - mmmm delicious!
Posted by Hildred at 8:19 PM 1 comment:

Sometimes sunrise comes so suddenly here in the Similkameen, and changes so quickly, that if you happen to be slicing up a banana or have your head in the pantry you have missed the whole spectacular act.....

A few days ago I was lucky enough to catch it. 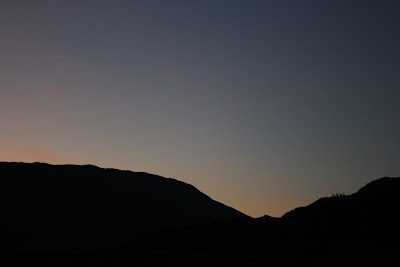 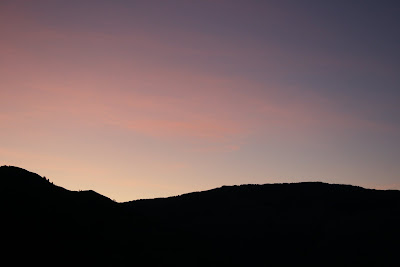 6.28 in the southeastern sky 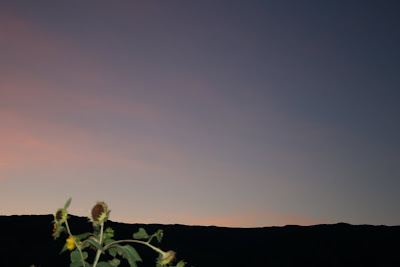 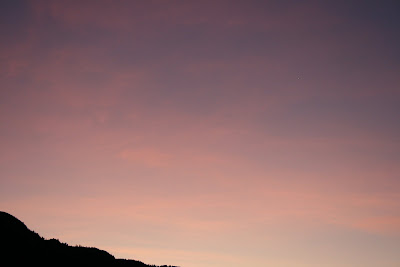 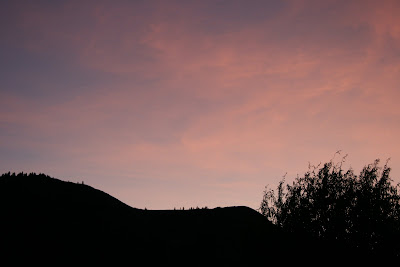 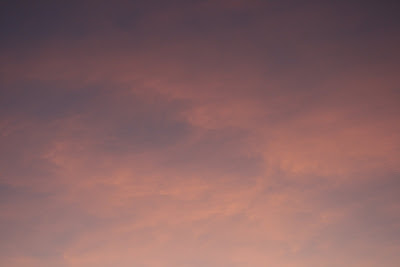 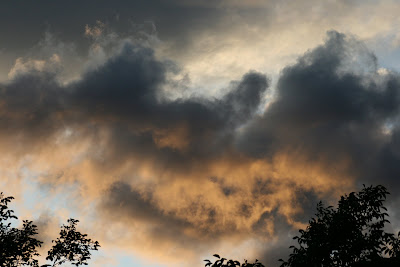 To see more sky scenes go here, and enjoy sites/sights from all over the world.
Posted by Hildred at 11:32 AM 17 comments:

J is for JUPITER 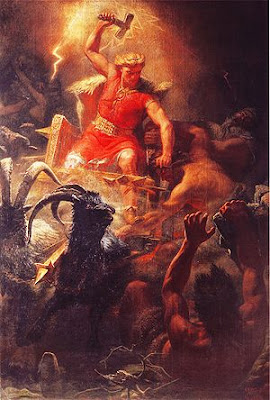 JUPITER - King of the Roman Gods; the God of Sky and Thunder and the God who ruled over Law and Order.

Oh where is he now when we so badly need him.

And then there is JUPITER, the largest planet in our skies. Two and one half times as large as all the rest of the planets put together, and three times the diameter of Earth.

Jupiter is a Gaseous body, as are Saturn, Uranus and Neptune. Together they are referred to as the Jovian Planets.

The gas on Jupiter is mainly hydrogen, with about one quarter helium and a rocky core.

There is a Great Red Spot on Jupiter, - a giant storm which has been raging since at least the 17th century when it was first discovered.

Just recently, in July of this year, Jupiter was hit by another body, causing a large dark spot on the surface of the planet estimated to be the length of Europe and Asia.

Sixty three moons circle Jupiter. The four largest are called the Galilean Moons, after Galileo, who discovered them. 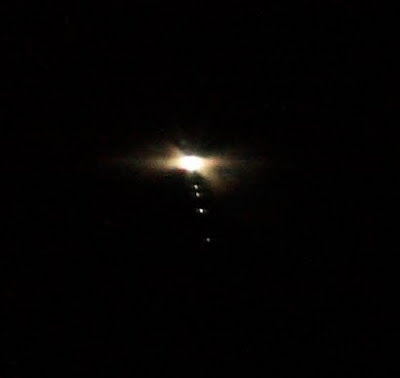 Here is Jupiter, with these Galilean Moons, as photographed by Cameron Ladmore.

Darkness comes early in the evening, as we pass the Equinox. To the south, midway in the sky above K Mountain, Jupiter shines like a giant headlight, easily the brightest object in the sky and it will remain so until the end of the year.

Wikipedia has tons of information about both these mighty Jupiters...

See what else J stands for by going here to ABC Wednesday.
Posted by Hildred at 3:45 PM 12 comments: