Off on another wonderful jaunt through the Alphabet!

I decided I would like to introduce readers to the beautiful province of British Columbia by choosing towns and communities and territories to match the letters of the alphabet, - and so we start with: 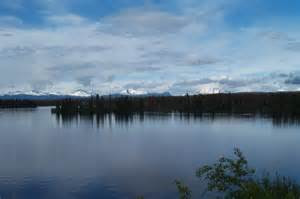 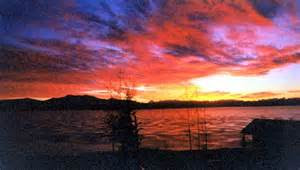 The Anahim Lake area of the West Chilcotin has a rich and colourful history.

Home to the native Carrier/Chilcotin (or Tsilhgot'in) peoples the recorded history begins with the arrival of the famous explorer, Alexander Mackenzie, in 1793 when he became the first white man to reach the Pacific Ocean by land, a full twelve years before the better promoted Lewis and Clark expedition in the United States. 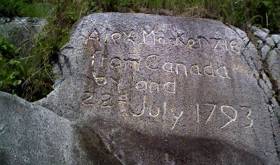 By the early part of the 20th century a few hardy pioneers, lured by stories of huge expanses of untouched ranch land, had made their way into the Anahim Lake area.  One of these men was Rich Hobson Jr, a former insurance broker in New York who had suffered financial ruin in the Crash of 1929.

He teamed up with a wily cowboy by the name of Panhandle Phillips and they headed north in pursuit of this new ranching frontier in the Chilcotin region of central British Columbia.

Their adventures eventually became a trilogy of books written by Hobson, filled with the colourful cast of characters who made the Anahim Lake area their home at that time.  They were such fascinating real life adventure stories that the CBC eventually made a series based upon the books.  It is a great many years since I have read these books, but I am thinking of investigating what the Library has to offer as they are no longer on my shelves.

"Grass Beyond the Mountains"  Nothing Too Good for a Cowboy"  and "Rancher Takes a Wife".

These books remind me of Thomas Firbank and his wonderful tales of the Welsh mountain farm he bought, especially as they pertain to the surroundings of the country(s) they describe and the life of the farmer(s).

Besides being a magnificent ranching country the Chilcotin area has become a tourist attraction to those who would take a tour into "God's Country". 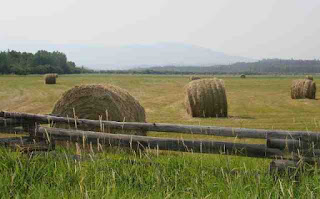 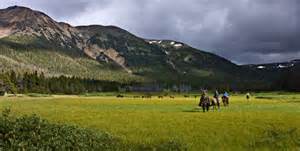 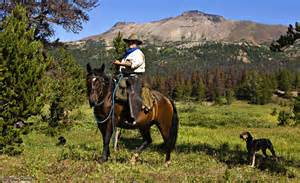 Come early in the summer to enjoy the Anahim Lake Stampede

The Chilcotin is a varied country 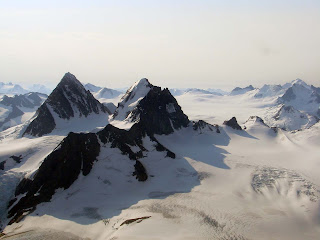 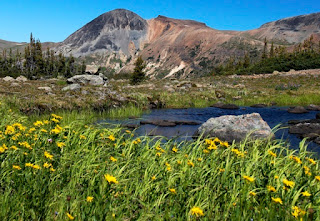 And below, in the meadows, lakes and ranchland 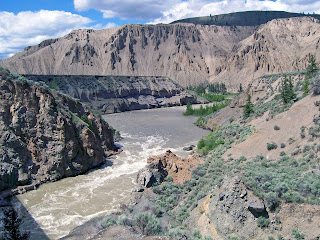 Farwell Canyon and the Chilcotin River. 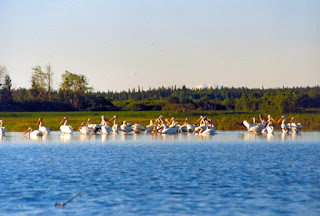 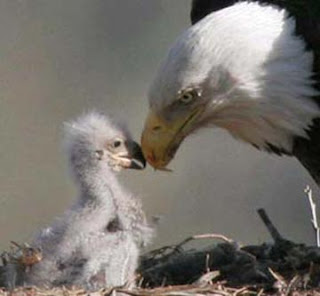 and a country for Eagles 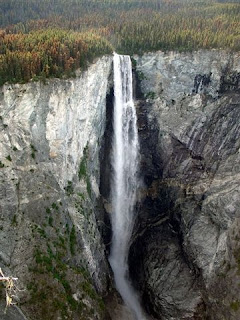 Hanlon Falls, which plunge over 1000 feet down a perpendicular cliff
from Lake Turner into Lonesome Lake.

The Falls were named after a Chilcotin chief, Hana-lin, who used to fish at the foot
of the falls, and had a trap line nearby. 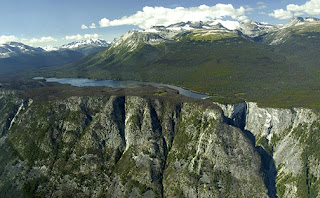 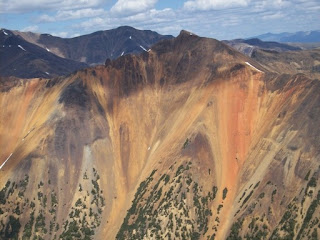 
How to get there! 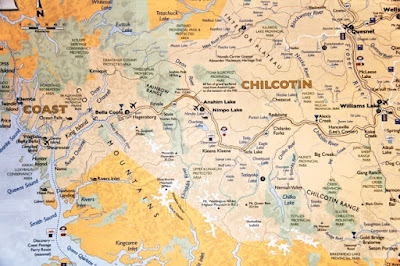 Eagle's Nest Resort advertises that their main lodge is built around a log cabin that was at one time a  "watering hole" for many of the original Grass Beyond the Mountains characters.  Long before there was such a thing as a liquor store the men would gather at Eagle's nest to swap stories, barter goods with one another, and generally be sociable while enjoying the potent production of the local still.

I am in daily contact with the Chilcotin country and that part of my family who live
on a beautiful meadow on top of a plateau
where they delight us with photos and tales of the wild critters
they share the countryside with, and the marvelous sunsets
that paint the sky!  Take a peek, here.

Another fame to glory for Anahim Lake!!
Carey Price, Olympic Gold goalie calls it his hometown!!! 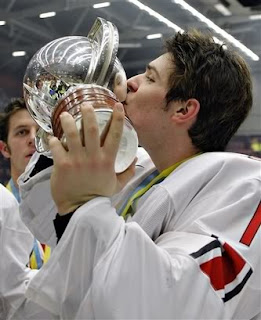 More A stories here at ABC Wednesday, with thanks to Roger and Denise
and Able helpers....

a little bonus - found this marvelous picture from space
of the Rainbow Range in British Columbia's Chilcotin
while looking for Pluto pictures.... 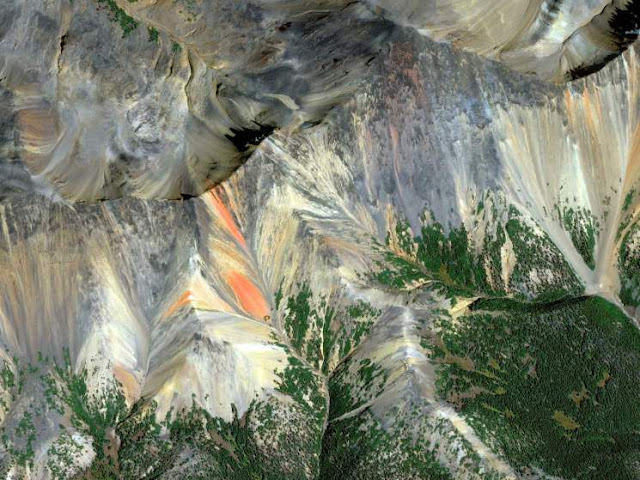