The letter this week is H, and continuing on the flower theme I considered Heliotrope, Hydrangea, Hibisucus, Hyacinth and Honeysuckle, - all lovely, and some a bit exotic.

But then I thought of the Hollyhock, memories of which stretch back to my very early childhood when they lined the walk along the side of the small bungalow we lived in when I was still very young.

They served as 'ball gowns' for a clover head when Anne and I dressed our bevy of belles for an imaginary fairy ball in the greenery at the bottom of the garden and somehow managed to inveigle their way into my heart  - I have a great fondness for The Hollyhock, which has never really been allowed to blossom. 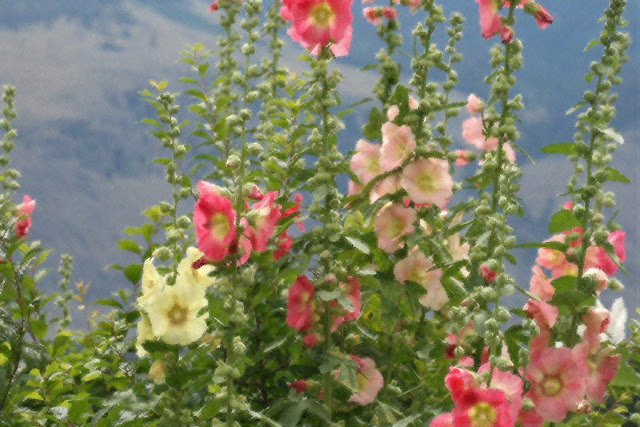 Somehow my love of Hollyhocks was not part of the gene pool and never got passed on to other members of the family who all concentrated on its invasive aspects and its inclination to develop rusty leaves around the hemline.

When we first moved to the farm I envisaged a mass of stately hollyhocks lining the long driveway to the house we had built at the foot of the mountain, but somehow the practicalities of raising a family and coping with all the (pleasureable) demands of a farm didn't leave me with enough enthusiasm for my dream to innoculate the children or  'himself '.

But we have always had a few hollyhocks in the garden, humble as they are in everybody else's opinion, and I am thinking how wonderful they would be along the fenceline in the back garden to provide privacy, and how their beautiful colours and lofty spires would blend in with the sunflowers which are also de rigueur. 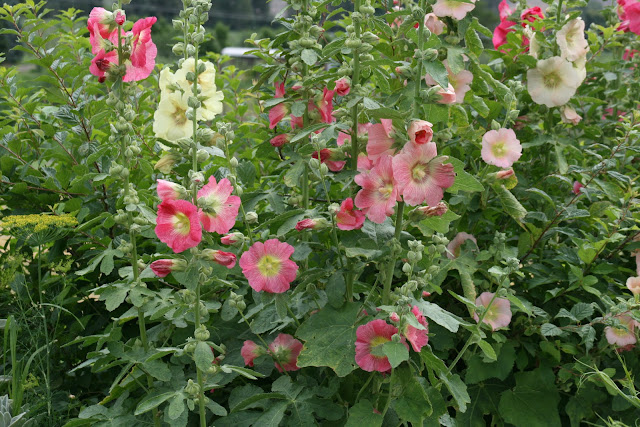 What do you think?﻿ 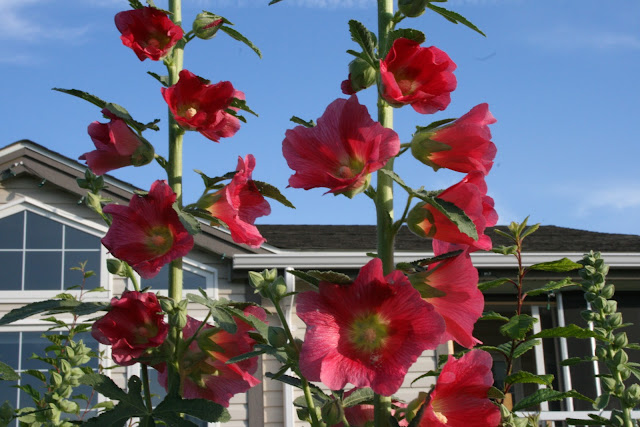 For more interesting Hs visit here at ABC Wednesday, and be entertained and educated.
Posted by Hildred at 1:05 PM 16 comments: