ABC Wednesday
November 30th, 2016
The letter is U, for Shari ULRICH 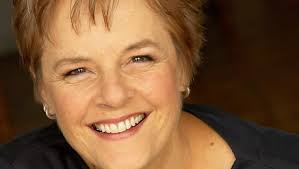 It seems that she has been around for ages, close by
and sometimes playing locally
at our Grist Mill.

She performed on the coffeehouse circuit around Vancouver
in the early 1970s, then formed the Pied Pumkin String Ensemble
with Rick Scott and Joe Mock.

In 1981 Shari won the Juno Award for "Most Promising Female Vocalist"
and has been part of the Canadian Music Scene ever since.

She continues to perform solo (often accompanied by her
daughter, Julia Graff) on violin, piano, mandolin,
guitar, accordion and vocals, and occasionally tours
with the Pied Pumpkin and other Blue Grass and Folk Bands
she has been associated with.

And here she sings a beautiful version of the same song
with The Pied Pumkin Ensemble in 2012.

For more interesting Us click here
at ABC Wednesday with thanks
to Roger, Denise, Leslie, Melody
and all other ultra-special helpers.