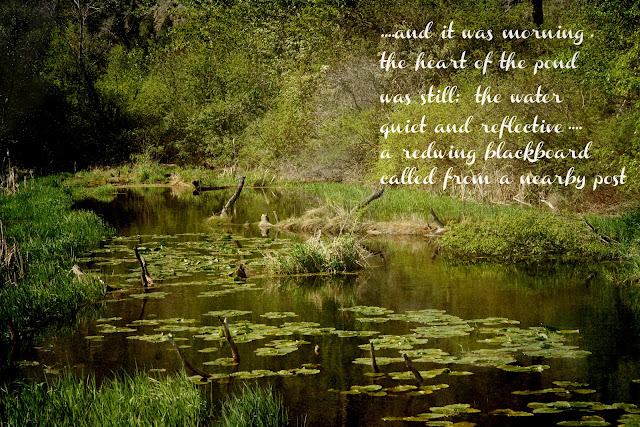 A spring morning at Ginty's Pond.  After a while a nesting
pair of Mallards and a family of Racoons  enlivened the waters
but the resident turtles stayed under their log home.

Kim's Phoebe at Multiply 41% and
Luminous Soft Light at 46%


Z is the letter for this week, and we are once more through the alphabet with hundreds of
wonderful postings to this great meme.


Z is for Zillah

Ah yes, Zillah, who drank too much gin - the last of the Gashlelycrumb Tinies, created by Edward Corey 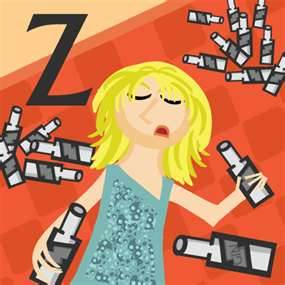 And Zillah, Dorcas's faithful servant in Lark Rise to Candleford 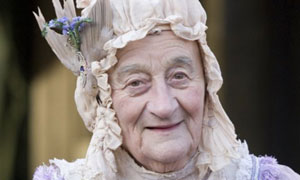 Zillah, in Genesis, was one of the wives of Cain's descendant, Lamech

and the mother of Tubalcain and Naamah

I have no pictures, - you will have to use your imagination!!

However, somehow this biblical Zillah has become one with
Zillah, a second generation Vampire from White Wolf Wiki,  (as far as I can understand)
and some of you may have read or seen this fantasy character
or played the game.

But,  Wikipedia has a picture of Zillah, a vampire from The Lost Souls,

Just a few hundred miles from the Canada-USA border in Yakima County
I came upon pictures of the town of Zillah, named after
Zillah Oakes, who cried so pitifully when she was being moved to this town with her family
that her father promised to name the town after her, if she would just stop crying.
I read that in Wikipedia!!! 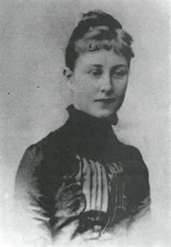 It is vineyard country, that probably at one time was full of apple orchards. and an old
picture of the town looks very much like Keremeos in early days.

A remnant of those olden days in Zillah is an historical building.

It was built in the 1920's as a gas station, and a reminder of the Teapot Dome scandal, originally
located on the outskirts of town, but the building was moved into the center of Zillah
where it is now used as a Visitor's Information Centre. (Center)

Zillah, a lovely, musical name that I was not familiar with before,
but find slipping off my tongue quite pleasantly.

For more Z's click here, with many thanks to Mrs. Nesbitt for originating this meme
and to all her Zany helpers who assist in keeping it fresh and fun.


By cool Siloam's shady rill
how sweet the lily grows
How sweet the breath beneath the hill
of Sharon's dewy rose. 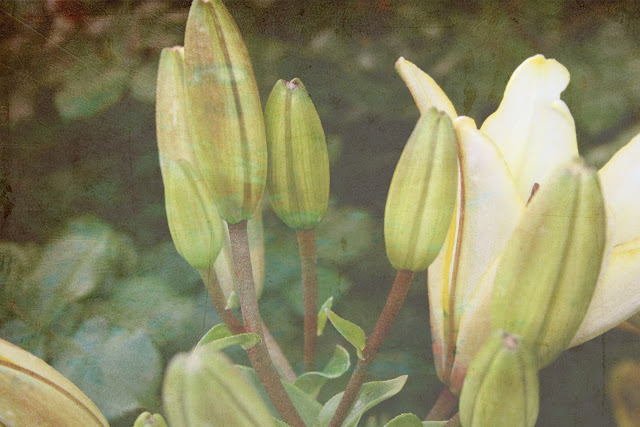 It is the time of the lilies, and they are so beautiful here in the town garden, and in the
garden on the hill.

Mary Oliver writes endearingly of the Lily, - of all lilies

I have been thinking
about living
like the lilies
that blow in the fields.

They rise and fall
in the edge of the wind,
and have no shelter
from the tongues of the cattle,

and have no closets or cupboards,
and have no legs.
Still I would like to be
as wonderful

as the old idea.
But if I were a lily
I think I would wait all day
for the green face

of the hummingbird
to touch me.
What I mean is,
could I forget myself

even in those feathery fields?
When Van Gogh
preached to the poor
of course he wanted to save someone -

most of all himself.
He wasn't a lily,
and wandering through the bright fields
only gave him more ideas

it would take his life to solve.
I think I will always be lonely
in this world, where the cattle
graze like a black and white river -

where the vanishing lilies
melt, without protest, on their tongues -
where the hummingbird, whenever there is a fuss,
just rises and floats away.

And do you know,  it is the last two lines of this poem that touch me most, and
which I find quite sweetly enticing.

"where the hummingbird, whenever there is a fuss,
just rises and floats away. 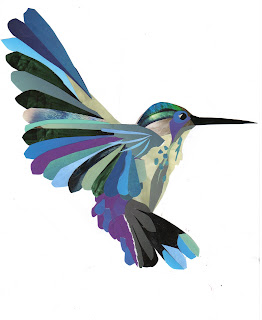