I waken from a super sleep, full of energy and enthusiasm.  It is still dark.  No new snow, - no fog misting round the street light, but it is quite apparent that there isn't going to be any sun today, either!
For about the seventh day in a row.....

Nevertheless, I am out, quick as a bunny, to put the coffee on to perk while I shower, and think of all the exciting things I am going to add to my list of 'things-to- do".

I am smitten with the idea of tidying my computer during these melancholy days of January - all the redundant files on Word, and the hundreds of Church Bulletins on Publisher.  I have five, or seven, or maybe even nine different places where I have photos stored, many of them copies.  All of them making my searches for any particular picture an exercise in frustration.

Well, before I settle myself before the computer to watch and listen to the Berlin Philharmonic I rummage around and find the sock that I was knitting for Charles and his dear feet, before he left.  I know there are sons who would love to have them finished and I feel quite virtuous as I look at the size of the needles (very small) and the wool (very fine).  I start knitting as the orchestra starts playing, and the mezzo soprano starts singing Ernest Chausson's Poeme de l'amour et do la mer".  She has a lovely, soothing voice and the Poeme is quiet and quite beautiful.  As a matter of fact the whole programme is very soul-soothing, especially the Pie Jesu of Faure's Requiem which I have always loved and like to include when playing funeral music on the organ.  I am very much in agreement with Faure's own word's when he says that his Requiem doesn't express the fear of death, but is more a lullaby, a happy deliverance, an aspiration towards happiness elsewhere.

So that was great - and the knitting went along quite well while I listened to the rest of the concert.  But by the time it was over I was beginning to feel the effects of my major visit to the dentist yesterday, when I had three anchor teeth pulled and a new reconstructed plate placed gently over the tender gums.

So I went and warmed up some soup, had my lunch, played a few tunes on the Ukuele (I can now pick out Bye Bye Blackbird without looking at any music!!) and settled down with the phone nearby and a blanket on the arm of the chair - all my great energy and enthusiasm sighing with relief that they didn't have to bound around all afternoon.

Maybe tomorrow I will tackle the housekeeping that the computer so badly needs....

In the meantime I am going to have a glass of sherry, some soup for supper and treat myself to a little helping of Creme de Brulee that arrived in my fridge when one of the DILs came to visit, and for which I thank her dearly......

Perhaps tomorrow the sun will shine, - even momentarily!

January 6th, 2016
ABC Wednesday
The letter is Z and gadZooks, Z stands for Zebellos
and here we are at the end of the alphabet...... 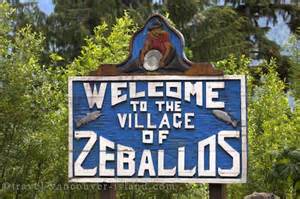 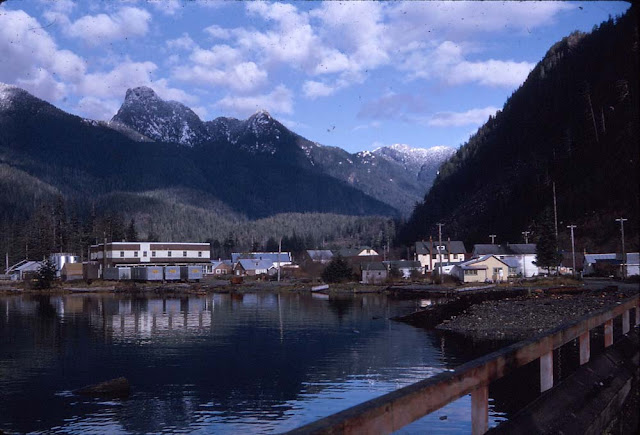 Zeballos is a deep sea port located at the end of Zeballos Inlet on the wild west coast of Vancouver Island. about a two hour drive north of Campbell River.  It was named for Lt. Ciriaco Ceballos, a crew member aboard an early ship of Spanish explorer Alessandro Malaspina's expedition (1789-1794)  (Malaspina is also a familiar name on the Island).  The inlet remained somewhat obscure until gold was discovered in the 1920's, and this resulted in the usual influx of miners and adventurers. 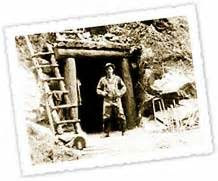 The historic buildings in the village are a living reminder of these frontier days.

Here is his rendition of the hotel in Zeballos

and here as it stands today 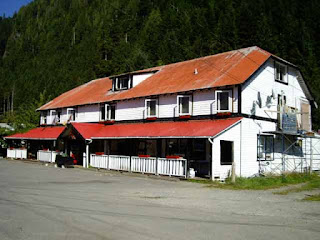 Zeballos thrived in the Gold Rush days, but when World War 11 began
many of the miners and much of the workforce joined
the Canadian Forces, and the mines eventually closed..

Post war efforts were made to revitalize the industry
but the low price of gold made it uneconomical for the mines to continue
operating, and within twenty years they had all closed.

In the 1950s logging emerged as a promising new industry for the village
and today the majority of the town's residents, along with the population
of the two neighbouring First Nations reserves
(the Oculcje and Ehatis)
are employed in the timber industry.


The village is becoming a favourite destination for kayakers, sportsfishers and those who want to experience the wild nature of this west coast. 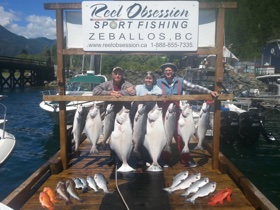 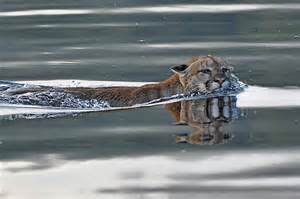 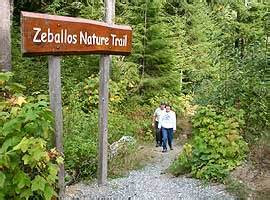 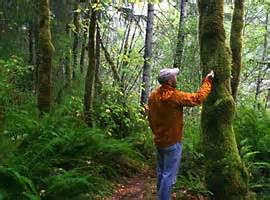 There are fishing Lodges 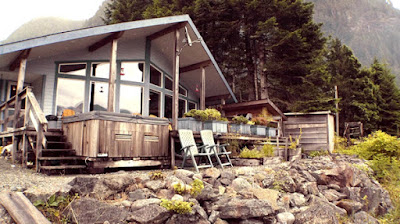 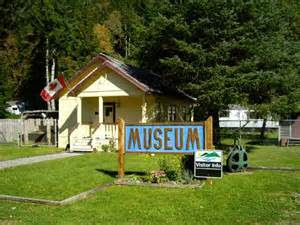 and for the more adventurous Rugged Mountain and the Slab in the Nomash
River Valley are well known to rock climbing enthusiasts.

Some of the best cold water diving on Vancouver Island can be found
just a short boat ride away from Zeballos,
The water are especially clear in the winter, and
colourful anemones sway in the currents while Puget Sound king crab scuttle below.
There are purple hinged scallops, soft corals and abalone.

There are bears and elk and sea otters and whales
and beautiful towering forest-clad mountains.

Many more Zs at ABC Wednesday.
Click here and visit with Roger, Denise and
those who so kindly help and visit on behalf of the meme
Posted by Hildred at 9:34 PM 15 comments:

The Tenth Day of Christmas and I am taking down Christmas decorations slowly, carefully. randomly and stealthily so that our daughter, who loves Christmas, will not be struck down upon entering the house and finding the simplicity of bare-boned January staring her in the face.....They are just disappearing, one by one - two by two..... 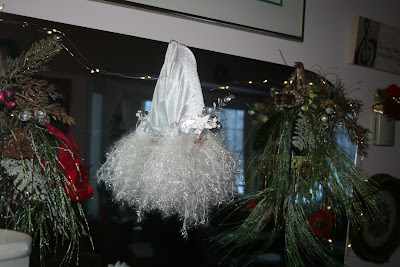 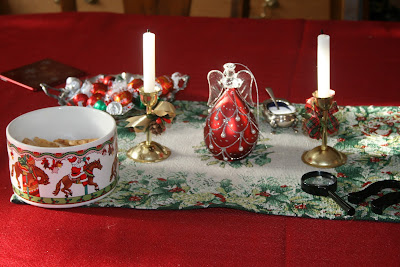 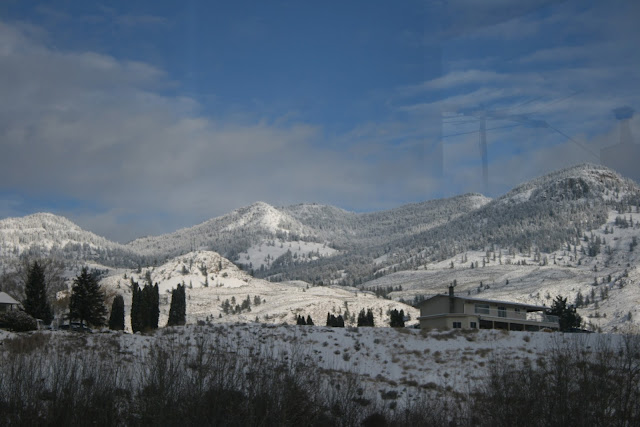 When the light of Epiphany arrives and the sun comes shining through (surely the sun will come shining through by then....) all of Christmas that I am going to keep will  be tucked away tidily in the back bedroom closet,  dreaming dreams of wreaths and garlands, candles and bells. 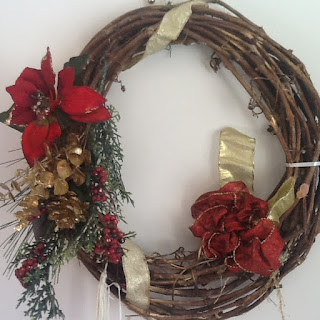 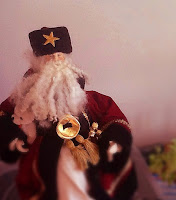 I have a pretty plethora of Christmas decorations, - some of them are still in the church, waiting to be boxed up, and some of them need to be offered up to family who may want them for old times sake, to stir the blessed memories of Christmas when one was young. 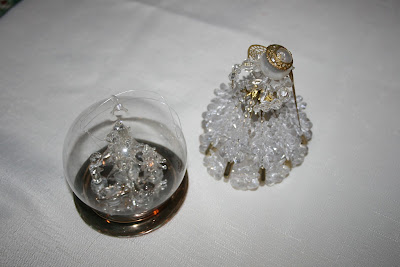 
One on New Year's Eve, two on the second of January (mine and a sweet one year old great grandson) one on the fourth, and the fifth and the sixth and the seventh and the eighth and finally our youngest son on the tenth.  A mad round of parties, if one was into that kind of gadding about! 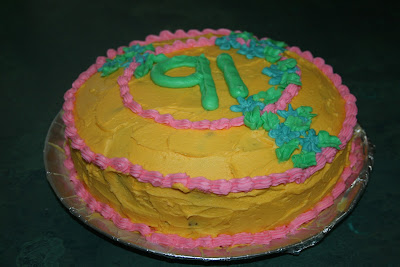 Oh look, if I had taken the picture from the other side it would have said 16, Great Expectations instead of Great Memories....

I will leave the Great Expectations to my dear little great grandson with whom I share a birthday, and hope they will eventually morph into marvelous memories for him,
and for the other sweet great grands!