I am putting in time before Lang Lang begins to play live at Carnegie Hall, - well, recorded Live, - there is a difference I guess.  Schumann, Haydn, Chopin and Liszt.  I look forward to the Liszt, although I don't think anyone plays his music with the elegance of Horowitz. 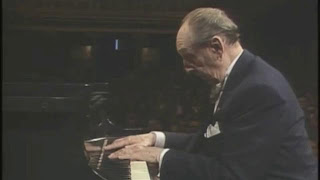 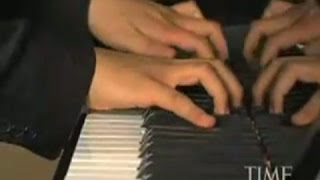 Days later, - I did enjoy this wonderful program, and went on to listen to a program of Mozart's Requiem, with glorious music and commentary.

If I listened to the Liszt with my eyes closed I could hear in Lang Lang's interpretation an increased maturity. - perhaps it is only his emotional facial expressions that distract me so, - and his waving hand.  Part of the program was verbal, and I was impressed with Lang Lang's enthusiasm for teaching and his empathy with children, so I opened my mind a little, and my heart, and Horowitz moved over a bit to make room for this new enchanter.

When it was all over and I was awash with music I did the go-to-bed chores, and slid in between the sheets, but alas, only for a short while.  Before I had read even a page of my book my prone position encouraged my cough mechanism, and eventually I had to resort to the reclining chair to sleep.  That has been five nights this week that the Cat and I have slept side by side, - me in the chair, and her on the couch....Charles has had the big king sized bed all to himself!

We had a little sunshine this afternoon, and believe me that has been pretty sparse lately......! Lots of fog, reaching right down to the ground and keeping the hills well hidden, so one could imagine oneself wandering around in a pewter bowl.

For the last few days, as Charles began to cough a little too, falling prey to this February virus, we have been very indolent, indulging ourselves with laziness and entertaining ourselves with the dreams that come with the short naps that overtake us.  Some of the things I think about when I am half awake and resting are about the garden, of course.  How can I move that beautiful clematis that has enfolded the remnants of the Russian Olive tree that we tried unsuccessfully to move from the garden before last to the one on the hill? 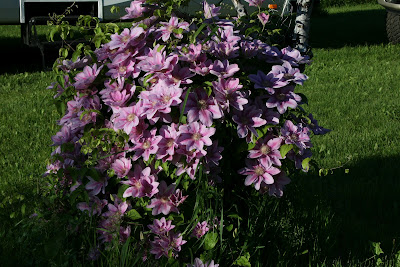 And if we do manage to move it, where will we put it?

And can I squeeze one of those seeded mats of wildflowers anywhere so we can enjoy the poppies?? 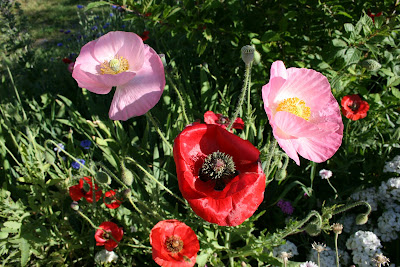 and sometimes I dream of daffodils 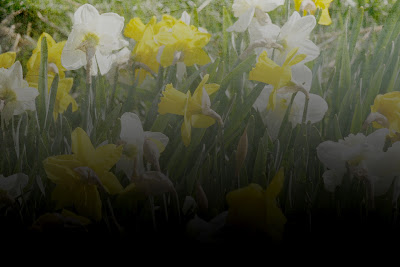 They are good thoughts to banish the February Blahs, although some a little daunting.

Tonight I will try the bed again, and tomorrow I will get up and make a Birthday Cake.

Charles will celebrate his 88th Birthday.
WOW!!
Posted by Hildred at 3:51 PM 8 comments:

D is for Dancing and for Degas 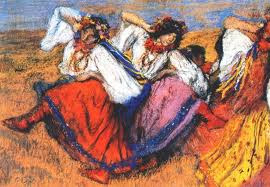 Let us dance in the sun, wearing wildflowers in our hair..
Susan Polis Shutz 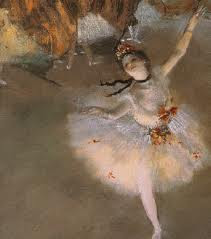 for more interesting posts on the letter D visit here at Mrs. Nesbitt's ABC Wednesday.
Posted by Hildred at 10:39 AM 22 comments:

Charles is off to the Annual General Meeting at the Church, - I have been coughing all night long, and besides have given up on our supposedly ecumenical ministery which has been taken over by a group of the highly advanced and politically inspired followers of the  Emerging Church, - those who have a tenuous hold on religion by following "Jesus, the political activist", rather than "Jesus, the Son of God".

I sit here in the sunshine, thankful for the blue sky, the lovely nip in the air as I went to open the gates for Charles to drive out, the little stub of Hellebore I found as my hand swept away the hard, icy snow that covered it, the thoughts of a second, silent cup of coffee!!

Yesterday I finally got the clock on the DVD to stop flashing its little green eyes at us, and figured out how to record straight from the TV - I know this should be easy, but we have made some changes in equipment, and I find that Occam's Razor is the rule to follow when you are trying to read foreign instructions, - if you can just pick the simple basics out of all the warnings and minute detail.  Being somewhat technically challenged this all gave me a really good feeling......

There are so many English shows whose delightful accents pass through my ears and into my brain without being translated, and it will be nice to record these shows and be able to pause them and catch just exactly what the Inspector was saying when he arrested that rummy character out on the moors!!!!! 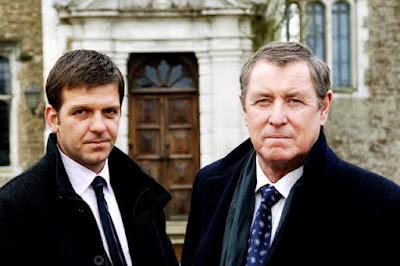 I am going now to put on some Handel and surround myself with music as I sip my coffee, and then perhaps I will clean out the week's leftovers from the fridge. 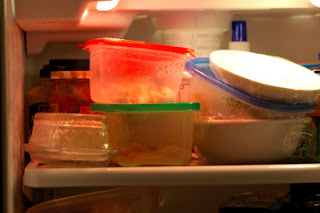