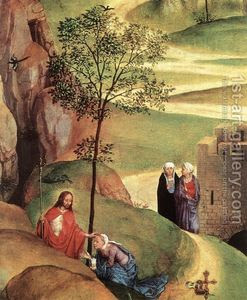 The Advent and Triumph of Christ 1480

As we approach the Last Sunday in Advent I am reminded of the beautiful Advent Song written by Mother Mary Francis, P.C.C. [late Abbess of the Colettine Poor Clare monastery in Roswell, New Mexico]


Lady, what songs are bending
The tall grasses of your mind,
What secret music whispers down your veins,
What wax-leaf ponderings, O Virgin Mary,
Waken our little shouts of expectation?

Our thoughts have lumbered down a treeless highway,
Have sputtered their heavy loftiness, have wept
Their protest. Now we hear the distant birdcall
Oh, dimly! but the woods have heard it well.
The stars are singing in their stupefaction,
The giddy little hills are clapping hands.

But Lady, what songs sway
The supple grasses of your thoughts,
What secret music whispers down your veins?

Glorious things are said about this city
Where the small citizen Christ moves in the lanes
Of so-brief arteried comfort; but what songs
Drift through this templed alabaster town?

We see the windows lighted, Virgin Mary,
City of God, by every hymn we raise
With chipped and broken voices, and our feeble
Vision guesses sacred silhouettes.

But when the little Seed fell in the furrow,
The warm and spotless furrow of your heart,
Tell us what pure songs stirred your delicate wonder,
What secret music whispered down your veins.

...and I wonder what was in her heart and in her mind on that journey to Bethlehem.
Posted by Hildred at 8:01 PM 3 comments: 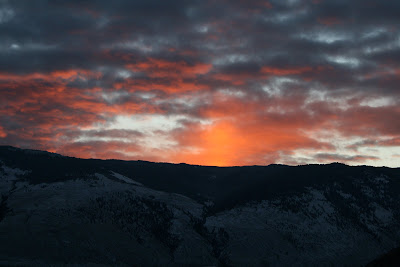 Look for beautiful skies from all over the world here.
Posted by Hildred at 4:10 PM 13 comments:

Just coming up for air here after attending to business at the Post Office, - all the parcels that have many miles to travel, and the Christmas letters, duly stamped and posted.

Somehow the hurry and scurry has interfered with a proper observance of Advent, and so I went searching for a reminder.....and this is what I found.

I hope it touches you in the same way it touches me, - Words are by John Cennick, Collection of Sacred Hymns, 1752; republished and altered by Charles Wesley, 1758, and Martin Madan, 1760. The tune is Helmsley - one of my favourites.

V is for Vaudeville

Imagine a world without radio - without television, - without talking pictures - without DVD's - with the piano in the parlour as the lure of home entertainment. 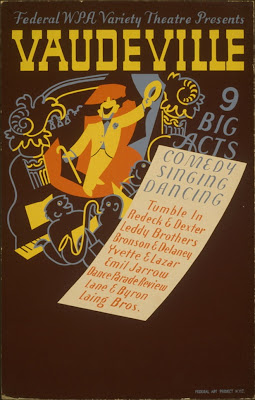 You would be living in the world of VAUDEVILLE, - the most popular form of entertainment between 1875 and 1932 where there was a vaudeville house in every town, filled night after night with traveling entertainers skilled in comedy, magic, juggling singing, music and mime, and dancing.

Here is the Vaudeville Theatre in Paris, France. 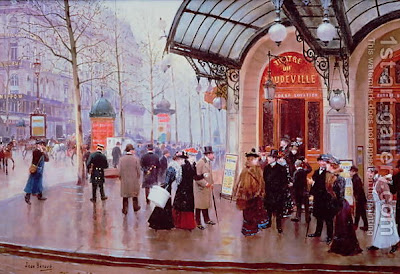 But not all Vaudeville Houses were so elegant. The word 'Vaudeville' originates from two French phrases 'Val de Vire' which meant valley of the river Vire, and 'voix de ville' which meant voices of the town. "The valley was a place where people would entertain each other in the evenings with ballads, folk songs, and general merry making. In the city streets popular theatre gave rise to the Theatre de Vaudeville in Paris in 1792".

Vaudeville was for everyone, - you didn't have to be rich to buy a ticket, - you only needed the desire to be entertained, and to laugh and be merry.

In the last stages of vaudeville, during the Great Depression when people could no longer afford the luxury of going to a vaudeville show, it was cheaper to listen to the radio, or to go to a movie for fifty-cents and see such vaudeville actors as Jack Benny, Bing Crosby and George Burns performing in a more modern venue. 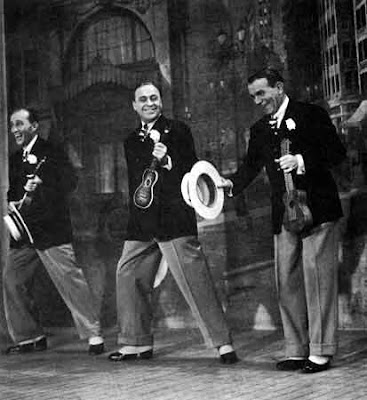 But I wonder if the magic of participation was gone, - the magic of being part of a vivacious audience indulging in a night of merry entertainment? Alas, we will probably never know. We live in in an age of such sophistication (and I use the word loosely, as The Simpsons spring to mind)!!!!!!

There are many more interpretations of the letter V at ABC Wednesday.
Posted by Hildred at 7:54 PM 8 comments: