Beautiful days, one after the other  -   'heart's ease' 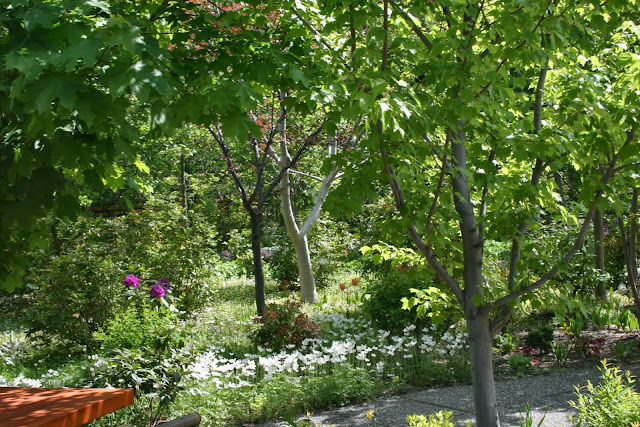 The blessed stretch and ease of it -

heart's ease.  The hills blue.  All the flowering weeds

bursting open.  Balm in the air.  The birdsong

bouncing back out of the sky.  The cattle

lain down in the meadow, forgetting to feed.

The horses swishing their tails.

The yellow flare of furze on the near hill,

And the first cream splatters of blossom

high on the thorns where the day rests longest.

Kerry Hardie, from  "A Furious Place"
Posted by Hildred at 1:57 PM 6 comments:

Definition -  an unintentional interchange of sounds, producing a phrase with a meaning entirely different from the one intended.

Of course this produces many funny witticisms, and we have the Rev. William Archibald Spooner to thank for these sayings that "fickle our tummy bone", so to speak. 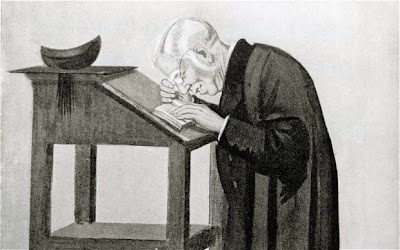 The Reverend Spooner was an Anglican priest and scholar  (an albino with poor eyesight) who studied at New College,Oxford, and then went on to lecture there for sixty years in history, philosophy and divinity.

He was a kind and hospitable man, with a keen intellect, which contributed to the manifestation of sound switching for which he became well known.  His tongue barely kept up with his thought processes.

Spooner was born in London in 1844, and he is buried in Grasmere Cemetery in the Lake District, but he left behind this marvelous word-play, some examples of which follow!  Enjoy......


Your turn now - can you think of any good spoonerisms???

Lots more Ss here at ABC Wednesday, with thanks to Roger, Denise and strong and steady helpers.

p.s.  Thanks to Martin Chilton for some of the information about the Rev. Spooner.