My Blog time has been cut off at the knees by the Briar,  a week-long Men's Curling Event!!


Such a noisy and breathtaking week....


A pleasure to see young  men spending their time being enthusiastic about sports
instead of finding their danger and excitement
in the skies and the battlefields of Europe,
as it was in my generation. 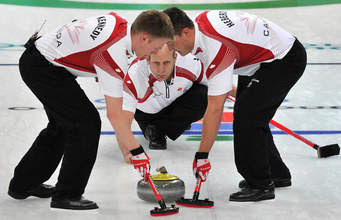 Charles spent time as a young man in Scotland training on heavy bombers.


Today young curling enthusiasts go to Scotland to indulge in that wonderful ancient game of chasing rocks around the ice. 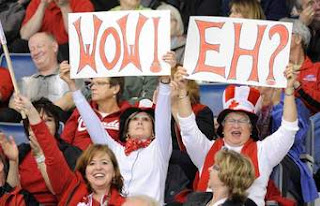 Today, as it was then, the conflict is  about skill and dedication and comradeship
but the activities that bond these young people is healthier
and doesn't bear with it the terrible danger and loss of life.

The bonds between participants are probably not as intense
as those between the bands of brothers
who have faced flak and searchlights and missiles -
and ten or twelve hours flying,cramped and cold
over enemy territory,
never assured of their safe return. but there must be a fondness, or maybe a passion
for the game,
and those who you share it with ,
that follows you into your more mature years.

At least judging by the old fellows who cheered and hooted and hollered in the stands.

and its long and ancient history 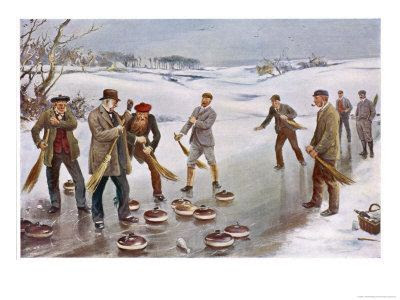 Towards the end of March the Scotties Tournament of Hearts,
a women's curling event
will dominates the sports channels
for a whole week!!!

I am weaving these days so I will have a
stock of tea towels to hem
while I watch.