One nice thing about having crepes for supper is that there is always a bit of batter left to have pancakes and bacon for breakfast.

On my second cup of coffee I sit down to write what I had meant to write yesterday, before I got waylaid in the garden.  I went to the garden shop the other day to buy a bag of onion sets which I planned to pot up with a few lettuce plants and a bit of swiss chard.  In all innocence I drove the half mile to the Garden Shop, knowing full well what danger awaited me.  Don and Anna's nursery is just a shade less threatening to the wallet as Knapps, in Penticton.

I came home with another second year Foxglove, a Donkey Tail Spurge, a sturdy Campanula, four containers of sweet smelling allysum and two Dusty Miller's, a bag of summer bulbs and a Wisteria Vine that called to me softly, insistently, as I wandered the greenhouses.  I know that Charles would shake his head indulgently, and in my mind I asked his advice about where to put the Wisteria!!!!!

And, of course, the onion sets!

This morning I will go and pot the summer bulbs;  in layers, lasagna style, the Ismenes on the bottom because they are the biggest bulbs, then the Liastris to attract butterflies, and finally the Acidantheras for their beautiful fragrance,  These are all white flowers, and I also have a white dahlia which I will put somewhere in the mix -

I envision them on the porch, at dusk, wafting their beautiful perfume through the open door. 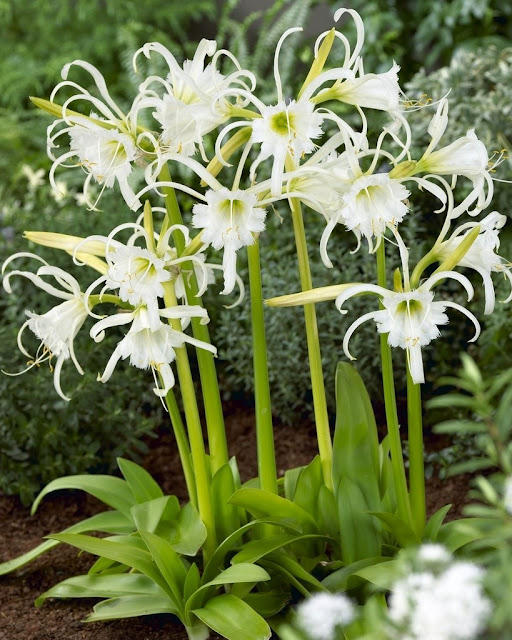 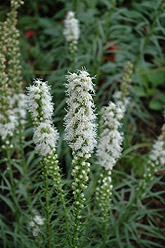 I got this idea from the Internet, and it reminded me of the days when I used to layer wool in large jars, with natural dye material (like onion skins, rabbit brush, etc.) and a little mordant, and during the summer leave them in the blazing sun to dye the wool.  Maybe I will do that too, -  I still have some wonderful white singles wool that would make a lovely warp!!!!

Before I go out I will stop at the piano, as is my wont each morning, and play a bit of Scott Joplin.  But also I will be brushing up on my organ music as I have committed myself to playing at the funeral of an old friend and I am not terribly brave about this, but I do want to be competent, and confident.

This afternoon my DIL and I will make the trip to Penticton (with camera) to go to a concert at which our oldest son will be singing.  And then out after to a Birthday tea for his MIL...a nice afternoon to look forward to.

The terrible events in Boston have saddened life, and brushed it with a shadow of disbelief at the incredible evil  that seems to pervade the world.   Is it worse now, this evil, or were the dreadful massacres of the past also a reminder that it is always with us, - that we must be aware and vigilant and actively retain the inclination towards goodness, compassion and moral strength.  I hope one is not being naive in thinking that this could be a force that will eventually overcome evil.

In the meantime (how easy it is to say this casually, from a distance) the small pleasures of life here are good, and assuage the loneliness.

Come out with me to the garden and we will a-potting go!!!!!

The Letter is N

The flower is Nicotiana 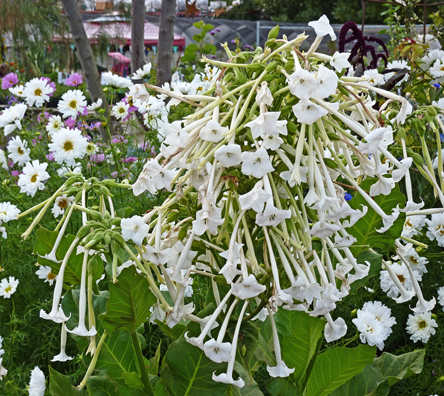 A truly elegant flower, and intensely fragrant
This particular species is called 'Only the Lonely'
and it is said it is the tallest and most graceful of all the nicotiana plants
available, growing to four feet with six inch long candelabra-like sprays of
sweetly scented tubular white flowers.
The fragrance is released at dusk and continues through the night,
attracting all those fabulous humming bird moths, hawk moths and other species of moths with
long tongues and a yearning for sweet nicotiana liquor.
A genus of the family (Solanaceae), indigenous to the Americas, Australia,
south west Africa and the South Pacific
﻿
Several species of Nicoliana are grown as ornamental plants, including the
Domino series and 'Lime Green', but in my opinion
nothing compares with a clutch of these beautiful white flowers, swaying in the garden as dusk
begins to fall, spreading this most beautiful jasmine-like fragrance
through the garden and the open windows where people
dine, or sleep, or read or just relax in the richness of the scent.
On 10th Avenue where I grew a large cutting garden
I planted the nicotiana in short rows and they came back year after year,
glowing in the darkness like fragrant white spirits.
I have grown the Dominos, but their fragrance is less spirited.
In my seed basket today I have a package of 'Only the Lonely'
Two hundred and ninety five seeds, it says on the package.
I will plant them, along with Cleome, at the back of the bed and surely out of
all those seeds I will have a moth or two visiting
in the backyard,  enjoying the heady fragrance with me. 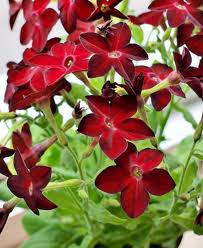 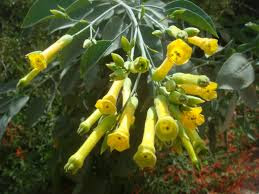 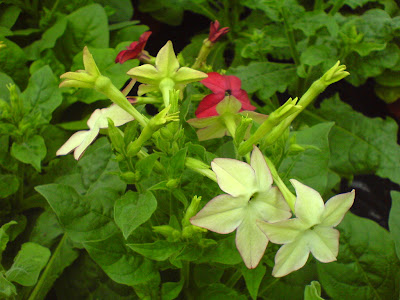 For more takes on the letter N click here to visit Mrs. Nesbitt's ABC Wednesday, with thanks to her and her Nifty helpers.
Posted by Hildred at 10:31 AM 12 comments: 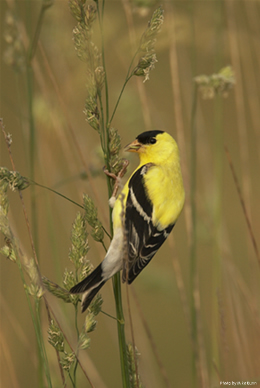 The Goldfinch has returned, along with his mate and lots of cousins and other relatives.  I have borrowed a photo from Google to share his lovely goldenness!
His arrival, of course, instigated a search for the long, slim thistle feeder.
The one hanging in the back garden seemed a likely fill-in until the other bags were found.  When I last looked it had been ignored by all small birds, but when I went to retrieve it I found it half full and the centre of attraction for a number of very small birds, which I haven't identified yet.
Back to looking for the nyger feeders!  I have seen them just recently, - I search all the likely places inside without any favourable results, and then decide I must go out again into the cold, miserable morning and look in the garden shed.
Well, where else, - they were there, of course, and now are filled with with seed and hanging seductively on a limb of the willow where all the other birds congregate. 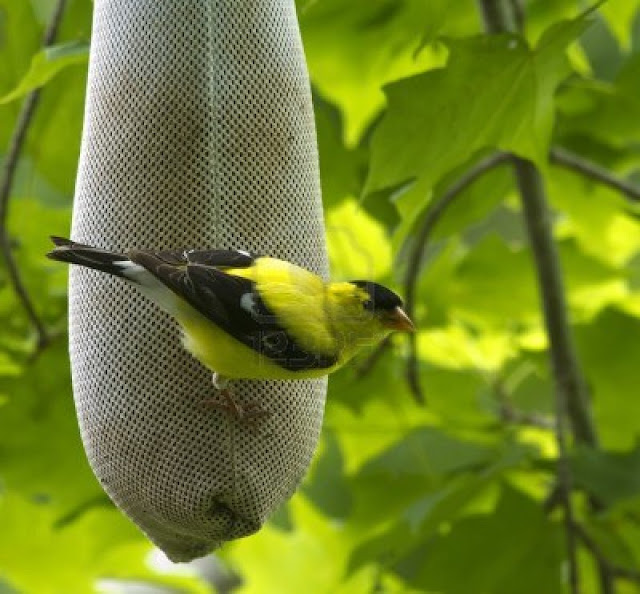 A nice surprise after a fitful night and another morning of damp cold, low clouds
and threatening rain.
Nevertheless, despite the weather the garden plants are growing by leaps and bounds - oh look, there - see the lilies leap - they must be 15 inches high!!!!
There are fat pink buds on the Oriental Peony and tiny white ones on the anemones
in the little garden outside the fence at the front, promising to make a nice showing with the tulips.
I had planned to go to the garden on the hill to steal away some of the prolific
barn flowers that would fill that corner along the lane with gorgeous yellow bloom
all summer long, but alas, it looks like an all day rain! 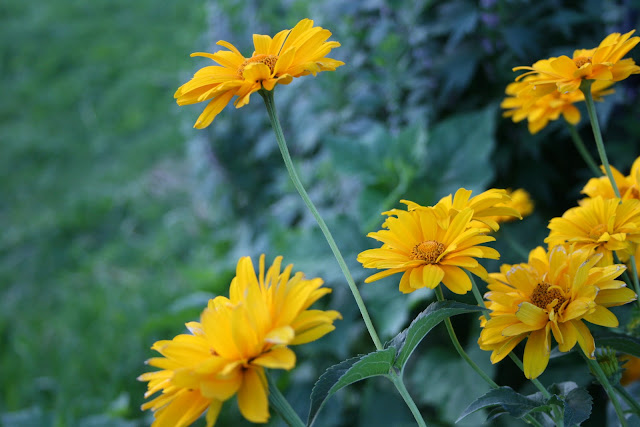 Up on the hills the Balsomroot is thirsty for all those wonderful spring nutrients
sent along with each shower, and in return present a beautiful sunny picture to passers-by. 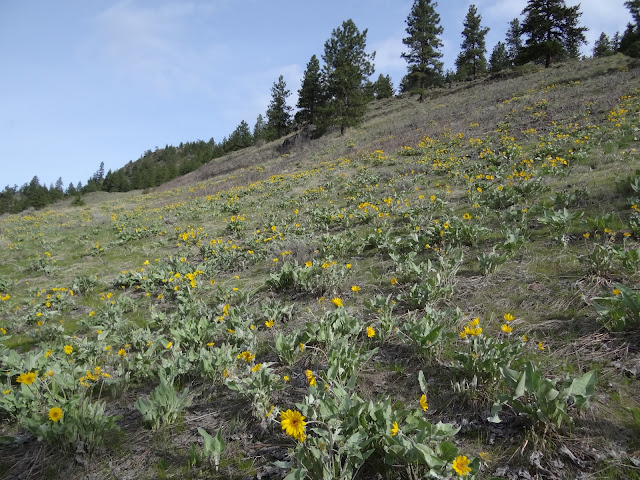 I think this is a weaving day, rather than a gardening day,  - or maybe I could even go and make some muffins and fill the house with fragrant baking smells
and the promise of a nicer day tomorrow, - although the weatherman
is most discouraging of this and it seems the best we can do is look forward to May.

But then, isn't April famous for its fickleness!!! 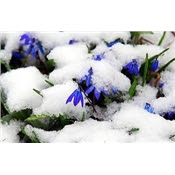