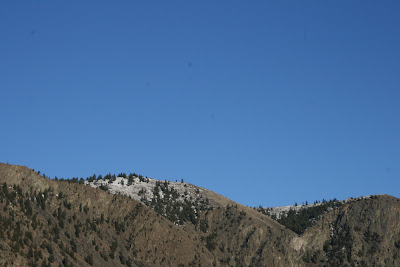 What a treat to have blue skies
I step out on to the deck and the fragrance of Spring makes me heady.
I know that she has just wafted in a little sample
and that there are hard times ahead before she wanders in for good,
but the perfume lifts my heart and spirits.
The feeders are crowded with little birds, - the air is mild,
not a breath of wind, and I'm off for a walk.
My walks have been few and far between lately, - I miss the company of the little dog.......
Posted by Hildred at 9:16 AM 4 comments: 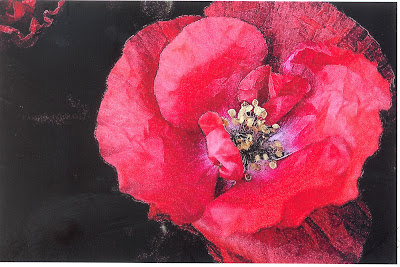 It is grey and gloomy here today.  I made the bathrooms sparkle and played a little joyful music, but now I am turning to memories of the first day of summer, when the garden was green and the air was golden;  the poppies nodded in the warm sun and the roses and delphiniums and iris joined the peonies in a big garden party.  I expect that pictures of that day will lift my spirits, and yours too, I hope.  Close your eyes, - now open them, - it is the First Day of Summer, - join me on the garden path........
Did you smell the fragrance, and did it make you eager for spring, soft clouds, blue sky and balmy breezes?
River Stone #21
Is it memories
or anticipation
that light the fire?
Posted by Hildred at 5:10 PM 3 comments: 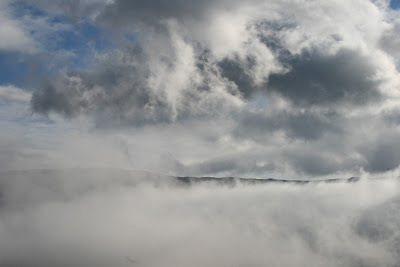 Rain streaked windows :(
Posted by Hildred at 9:46 AM 3 comments:

Here we are, off on another alphabetical roller-coaster, and the first ride is on the letter A

A is for Apple and A is for Ambrosia

Here is the tale of the Ambrosia Apple, a Similkameen discovery. 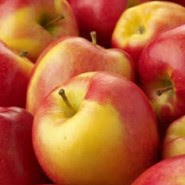 In the 1980's a tree grew on Sally and Wilfred Mennell's orchard, located on the Cawston Bench; a seedling that sprang up in a row planted to Jonagolds and in a part of the re-planted orchard where previously plums and Golden Delicious had grown. In the first year that it bore fruit the pickers in the orchard snacked on each and every one of the apples that grew on the little tree.

Wilfred and Sally, seeing the attraction it had, made sure that the next year they tasted first, and were impressed.

In 1990-91 about 180 trees were budded onto M26 rootstock, to see if the variety would remain true to type, and when it did the Mennell family propagated about 400 trees.

The new variety was named Ambrosia because it had the honeyed flavour of  food for the Gods and I am  here to tell you that this is true!  A beautiful apple.

It has a smooth skin, is bi-coloured with an almost incandescent pink blush over a creamy white background.
And it smells delicious, with a slight honeyed fragrance.

It is the apple that Charles has before breakfast, and he never fails to remark on its wonderful crisp texture and the fact that the flesh of the apple is carried on such a small and unimposing core.  In a link to the Ambrosia it has been called (quote) a very civilized, refined apple, destined to be loved by connoisseurs of the good life everywhere. (unquote).

Here is a link to an Ambrosia Apple Home Page and below is a photo of Sally and Wilfred Mennell who recognized the qualities of this gorgeous apple and have made it available to apple lovers everywhere, - if you have not seen it in your stores do ask your local produce manager! 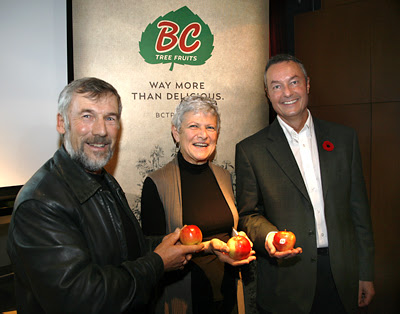 and Robert Mennell, a brother, out in the orchard garnering in the golden apple. 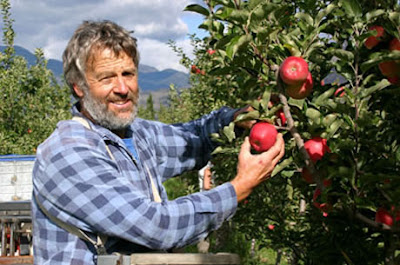 You will see the lovely hills and skies of the Similkameen Valley in the background.
For more interpretations of the letter A visit here at ABC Wednesday, with many thanks to Mrs. Nesbitt and her kindly crew of helpers who go stalwartly on to another Round of ABC Wednesday.
Posted by Hildred at 7:06 PM 10 comments: 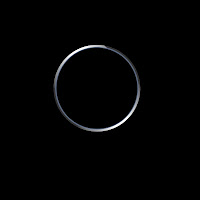 I suspect it becomes
as it was at the first,
a silver circle
to hold one solitary soul.
Posted by Hildred at 4:14 PM 4 comments: 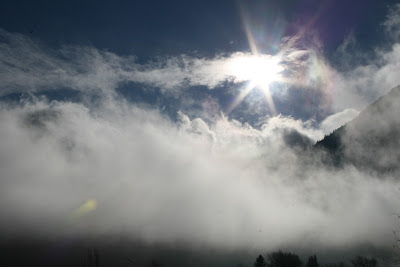 A dampish morning.  We come from church in pelting rain and warm up some soup for lunch.

What is there for it but to read a bit, nap a bit and an hour or two passes.

When I stir the clouds still hang low in the valley and the hills are swathed in mist, 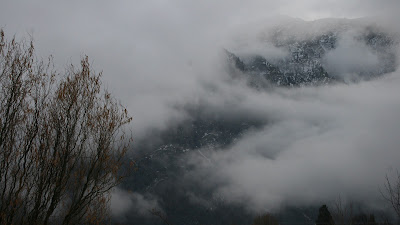 but the garden lies in an intense light, - golden straw, russet branches, and the curled leaves on the willow dangling like gilded ornaments.  Autumn all over again...... 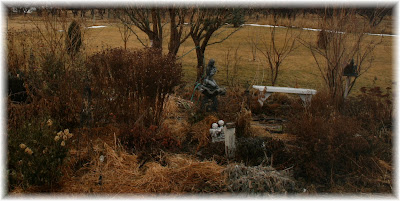 I stand at the window with the camera, capturing the small birds as they feed, and a rat-a-tat  woodpecker making his way up the gravel driveway. 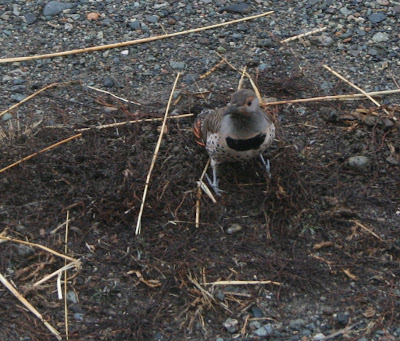 Suddenly a dove!  A flurry of wings as she swoops in front of me, makes a circle and disappears over the roof of the house.

A dove in January?  Well, perhaps a pigeon from a nearby loft, but nevertheless, a lovely sight, and I was lucky enough to catch her on the turn. 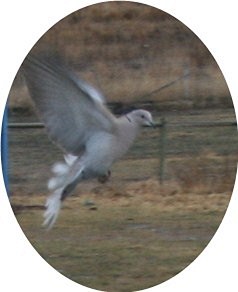 January flashes her garnets in the midst of gloom.
Posted by Hildred at 4:01 PM 4 comments:

Labels: after the rain, aros
Newer Posts Older Posts Home
Subscribe to: Posts (Atom)
"Thou knowest not what a day may bring forth." —Proverbs