Taking the camera out for a run.... 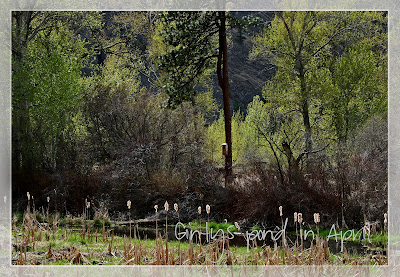 Praise the spells and bless the charms,
I found April in my arms.
April golden, April cloudy,
Gracious, cruel, tender, rowdy;
April soft in flowered languor,
April cold with sudden anger,
Ever changing, ever true -
I love April, I love you.

These lines from 'Always marry an April Girl' by Ogden Nash, used the very adjectives that described last Sunday afternoon, -  the sun played tag with chilly breezes, but it was such a charming afternoon we decided to go for a drive to see what was happening in the countryside half way through the month of April.

We turned left as we backed out of the yard,  The sun shone brightly, though there were clouds in the sky
and a certain haze that dimmed the brightness of the blue.

Down the street, up the town hill, turn left along the highway and then right at the Upper Bench Road, along which road we found a lovely acres or so of apricots in full bloom 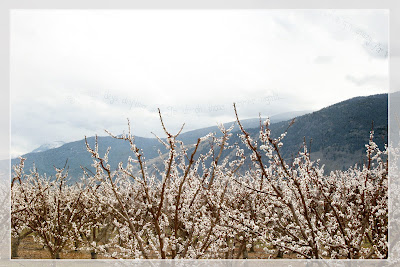 and further on a beautifully unpruned tree, awash in tender yellow leaves 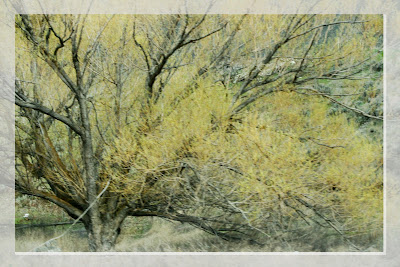 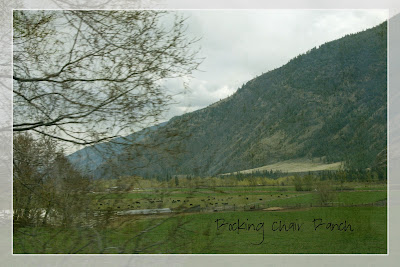 and further down the road, as we turned towards the river and the valley bottom around Ginty's Pond
the colours were just as bright and beautiful as I decided to make them as I played with
Photoshop and its magical tools. 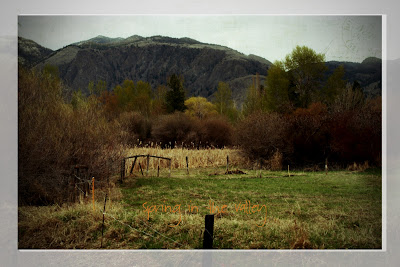 More subtle tones as the old bullrushes in the pond, dry and sere and beautiful,
make way for tender new shoots 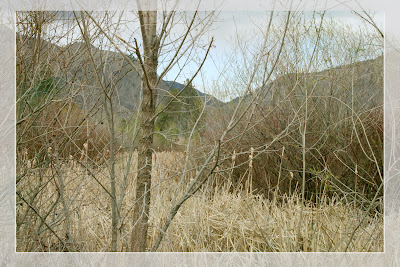 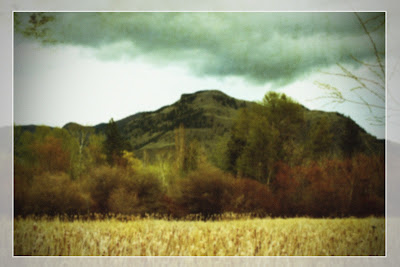 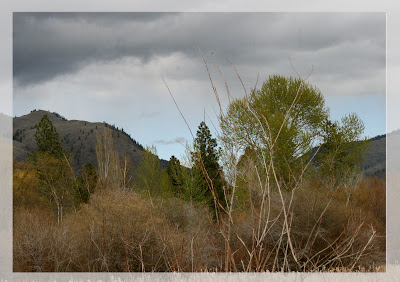 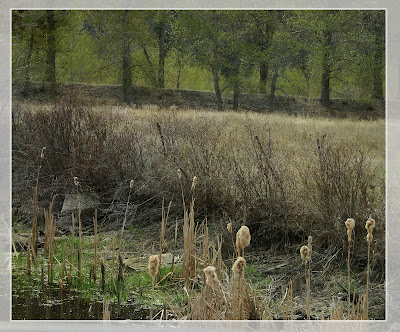 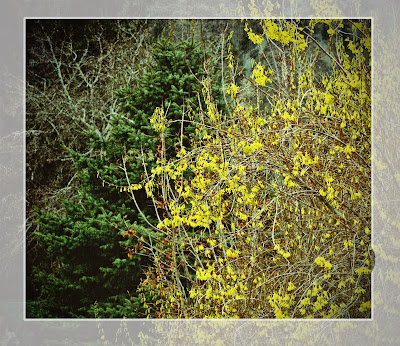 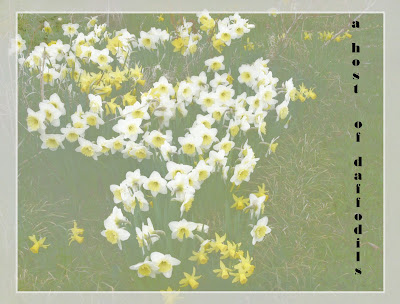 along with great quantities of the ubiquitous cutch grass, which I do not deign to photograph!

A lovely drive, - sometimes sunny, sometimes windy, sometimes the clouds scudded by
but such a treat to wrap our arms around April!
Posted by Hildred at 8:38 PM 5 comments:

N is the letter and it stands for Nonsense Poetry by aNonymous and others.... 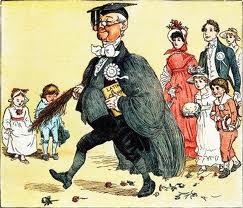 The Great Panjandrum  by Samuel Foote

So she went into the garden to cut a cabbage-leaf
to make an apple pie,
and at the same time
a great she-bear, coming down the street,
pops its head into the shop.
What! no soap?
So he died
and she very imprudently married the Barber;
and there were present
the Picinnies,
and the Joblillies,
and the Garyulies
and the Great Panjandrum himself,
with the little round button at top,
and they fell to playing the game of catch-as-catch can,
till the gunpowder ran out at the heels of their boots. 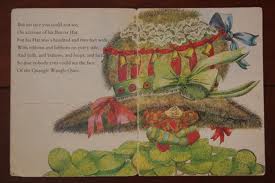 On the top of the Crumpetty Tree
The Quangle Wangle sat 'But his face you could not see,
On account of his Beaver Hat
For his hat was a hundred and two feet wide,
With ribbons and bibbons on every side
And bells and loops and lace;
So that nobody ever could see the face
Of the Quangle Wangle Quee.

Well, to make a long story short, as this is a very long poem and you might not
have time to read it all,
two canaries, The Stork, the duck and the Owl, the Snail and the Bumble bee, a Frog and the Fimble Fowl with the Corkscrew leg, and the Golden Grouse and the Pobble, the small Olympean bear and the Dong with the luminous nose, together with the Blue Baboon who play the flute, the Orient Calf and the Attery Squash - plus the Bisky Bat, all came and asked permission to build their nest on the Quangle Wangle's Hat.

You could amuse yourselves for hours if you just google 'Nonsense Verses'
and probably giggle a great deal besides.......
You will find many poems by aNonymous there, as well
as it seems to have been a favourite pastime for that sort of fellow.

For more takes on the letter N nod off over to Mrs. Nesbitt's, here.