And the book stack only grows higher... 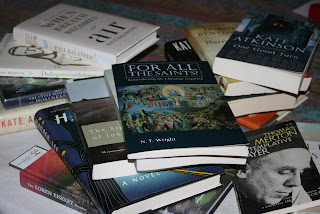 .......Even after I have removed the books that are due back at the library at the beginning of the week I am both dismayed and delighted at the treats awaiting me, and the time I feel comfortable with allotting to lolling around reading - and sometimes eating chocolates, when there are so many things I should be getting 'in order'.

The lovely long retirement that Charles and I had left me with zillions of snapshots, dozens of family, home and garden movies and videos and a great plethora of keepsakes - bits and pieces of china and jewelry that need a new home, besides all the current projects that keep me busy, busy, busy...

The results of a long and wonderful life are all this lovely chaos that needs be be dealt with!!!

So where shall I fit in the time to read Kate Atkinson, whose books I have just discovered.  Loved her "God in Ruins" and felt she could have spent an afternoon talking with Charles, so many of Teddy's tales  exactly matched his, - the method of choosing crews, the discipline in the air amongst the men, the tracers and the crowded streams of bombers.  I am half way through "Life after Life" but have had to leave it to quickly finish "My Name is Lucy Barton" which I am finding sensitive, but depressing......

One of the books awaiting me in the stack(s) is "The Happiness Project" by Gretchen Rubin.  I think it is right up my alley!!!  The subtitle is "Or, why I spent a Year Trying to Sing in the Morning, Clean my Closets, Fight Right, Read Aristotle, and Generally Have More Fun".

The garden is growing by leaps and bounds.  When Bruce and I went along the fence on our evening walk I realized that passers by can no longer see me curled up with a book on the garden swing under the big umbrella.  Soon the barn flowers will be in bloom, and the little purple clematis is courting the lilac tree that leans against the fence, twining itself amongst her branches. 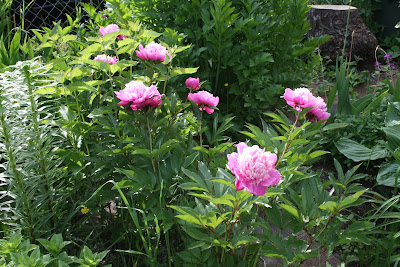 It has been such a kind year for the roses, - I can't remember them being so prolific.  The Day Lilies are flowering along the front fence and the delphinium are six feet high in the garden (although I lost the pretty blue one I had just planted this year??)  I tied together some old silk stockings to make a tender rope to keep the sweet peas against the fence and out of the neighbour's yards.  Great huge quantities of bloom, but these heritage sweet peas don't have the fragrance of the annuals.  The sweet allysum and the evening scented stocks join with the nicotiana to make the evening air heavenly as it slips through open windows and doors. 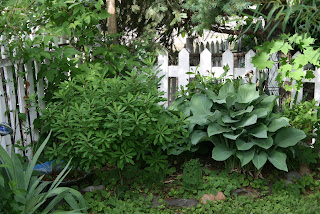 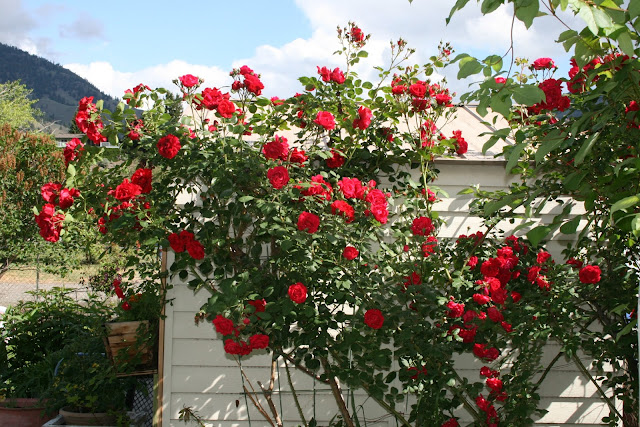 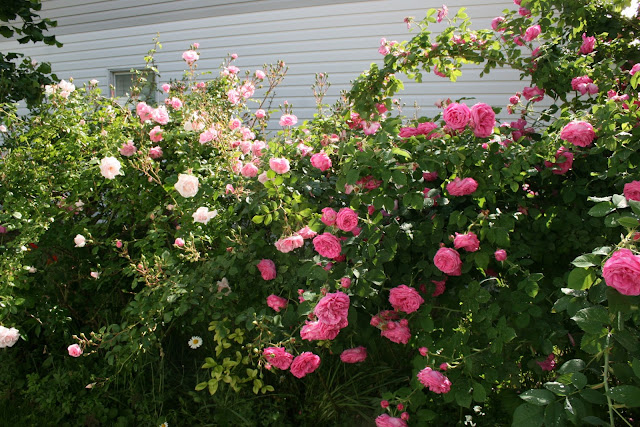 and June will be just as gorgeous as May

The letter is T for Tales and Treasure.

Let me tell you the Tale of a Treasure
although perhaps you have already heard of Oak Island, in Nova Scotia
and the fascinating mystery that surrounds it! 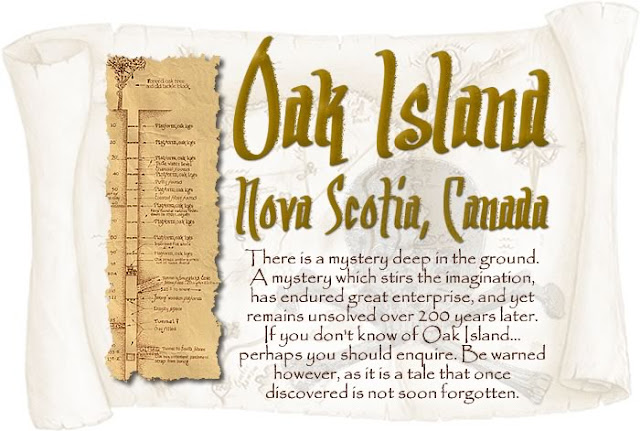 The stories of pirate treasure and Captain Kidd,  and Blackbeard,
who hid his treasure "where none but Satan and myself can find it" 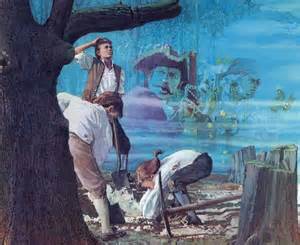 The tale goes back to the late 1700's when a Mr. McGinnis;
happened upon a depression in the earth which was consistent with the Captain Kidd story.
An excavation revealed a layer of flagstones two feet below, and then a layer
of logs about every ten feet.  At thirty feet they abandoned the excavation, but about
eight years later another group examined what was to become known as the
Money Pit. 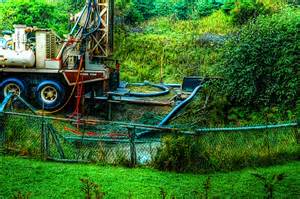 They continued the excavation down to about 90 feet and more layers of logs were found
at about every ten feet, along with layers of charcoal, putty and coconut fibre.

A large stone,
inscribed with symbols was uncovered, and
one researcher identified the message it contained thusly... 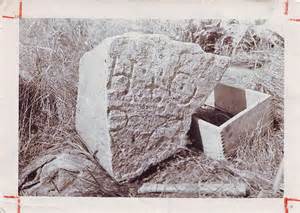 There have been many attempts to successfully excavate the Money Pit, but
they have been foiled by flooding of the excavation.

And there have been many notable explorers interested in the mystery of Oak Island, including Franklin Delano Roosevelt, his grandfather Warren Delano, Jr.
Errol Flynn and John Wayne invested in the dig.  William Vincent Astor
and Rear Admiral Richard E. Bird Jr. maintained a passive
investment in this Oak Island endeavour.

And the theories abound!!!

Many critics argue that there is no treasure, and that the apparent pit
is a natural phenomenon, likely a sinkhole connected to limestone passages
or caverns.  The resemblance to a human-made pit,
they suggest, has been partly due to the texture of natural accumulated debris in sinkholes.

It has been thought that the Money Pit is actually a tar kiln that dates from a period
when Oak Island served as a tar-making location for the British
Naval industry.

Prosaic speculations indeed besides the more exotic ones existing....

There is the exciting Pirate Theory, and tales of a Spanish Naval treasure.

Marie Antoinette's jewels, which apparently are missing, are said to have been
sent fleeing with a lady-in-waiting and she could have perhaps been assisted
in hiding them by officers of the French navy.

Still others offer the idea that the Oak Island pit was dug to hold manuscripts
showing Francis Bacon to be the author of William Shakespeare's works,
and a leader of the Rosicrucians
.
Could it have been a Rosicrucian Vault - a Knights Templar treasure?

One writer noted that many Masonic markings were found on Oak Island
and pointed out that the shaft or pit and its mysterious contents
seemed to replicate aspects of a Masonic initiation rite involving a hidden vault
containing a sacred treasure.

Or is it a place of safekeeping for artifacts from King Solomon's temple
or the Ark of the Covenant, -

Could it be an actual sunken Viking ship which
has settled in a  vertical position?  Sukhwant Singh theorizes the regularly
separated platforms are actually wooden backrests for rowers,
and the coconut fibers are the remains of
mattresses, pillows, or other cushions used  by the Vikings for comfort.

If this mystery truly interests you there is a great link at WikiMedia
and also one here with many more details of the goings-on at Oak Island. 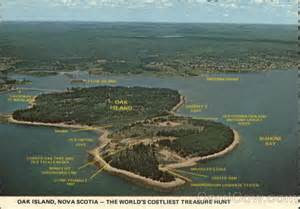 What truly irks me is that thirty-five years ago, while touring the Maritimes researching sheep marketing, I stopped at Mahone Bay, bought a silver christening cup
for a new grandson, took a picture of a lovely yellow gingerbread house,
and knew nothing of  the mysteries that engulfed the Bay

I would have been in better shape then to help with the digging!!!

For more Ts  trail over here to ABC Wednesday with

many thanks to Roger and Denise and their Treasured helpers.