Out of four sons three of them have whiskers, but the well trimmed kind that make them look distinguished, and not anything as wild as this..... 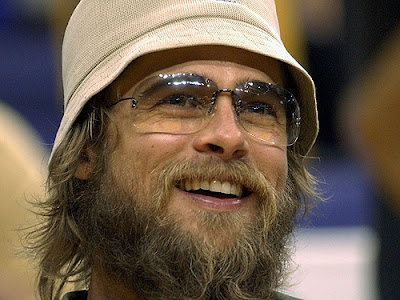 the Brad Pitt beard, which is said to turn the ladies on, but looks a little unkempt to me 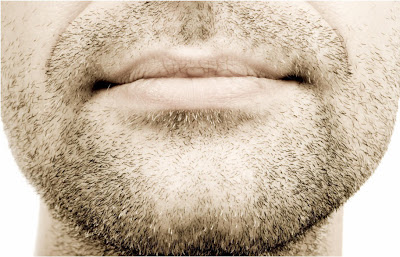 and they don't look like this, which IMHO has no pizzazz at all, but just looks
as if the gentleman in question was too lazy to shave, but thinks he
looks attractive in a manly, woodsy way. 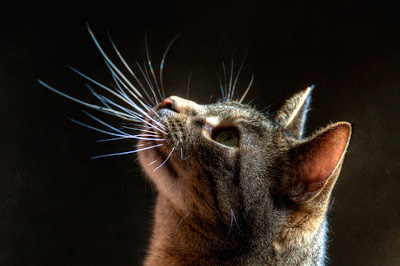 Miss Callie sports whiskers like this, and is terribly glamorous
and sensitive to what goes on around her.

For more interpretations of the letter W
visit here at ABC Wednesday
with thanks to Mrs. Nesbitt
and her Willing
helpers.
Posted by Hildred at 9:51 AM 11 comments: 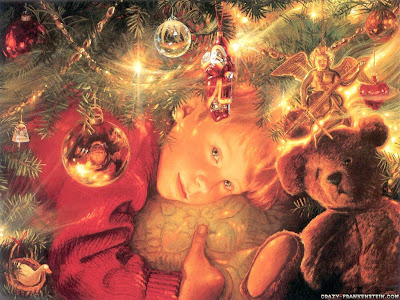 This year, more than any year, we have a great nostalgia for Christmas!

The wonders of a childhood Christmas when, if we got up early enough in the city before the tracks of the milkman’s horses had disappeared, we could imagine a flight of reindeer; a little old driver, so lively and quick, springing into the early morning shadows where the Christmas tree glimmered with shimmery globes, enjoying his milk and cookies and leaving small gifts, precious, but never extravagant.

We remember Christmas when the children were at home, - the magic when they were small, and wide-eyed; coming home from Christmas Eve services, feeling the holiness of the night and then the tender task of filling Christmas stockings.  First the orange, down in the toe, and then the sweets and the candy canes and the small presents;  the little warm bodies, so eager with anticipation and probably  a few, at least, just feigning sleep….

Lovely memories, and now this year, quite ancient, we have moved into town, -  and although the times that make us nostalgic are in the distant past, and for many Christmas has become quite secular, still we see the same wonder in the eyes of our great grands and it seems, for the very young, the magic of Christmas is still palpable.

We hope it is that way for you, too.

We are in a dear house with a small, manageable garden which has all the flowers our hearts desire, - Roses, peonies, poppies, delphinium, daisies, lilies and a marvelous Rose of Sharon. Charles’ mode of transport about town, in good weather, is his electric cart, which takes him to sing and play bridge and socialize.  Life is good.

And the door is always open to friends and loved ones.

Loving wishes for happiness at Christmas and in the New Year.
Posted by Hildred at 6:17 PM 3 comments: