Tip Toeing through the Tulips
and other early blossoms


There was a welcoming mildness to 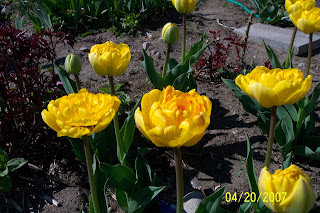 the air this morning, and I rushed through the laundry and other things that seemingly demanded attention before slipping out into the garden with the snippers, the rake and the camera.

In the short time I was able to enjoy the stillness (before the wind came whistling off the snow on the high mountains) I was able to admire the lovely golden tulips that opened for the first time today.

Further along the path the perennial allysum and the elephants ears bloomed together, side by each, in perfect harmony. 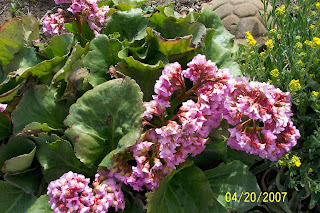 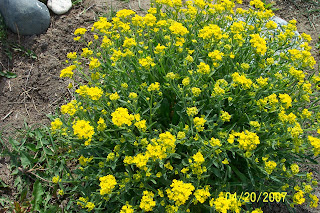 The flowering almond that we rescued from the Lost Garden after it suffered a hit and run and lay around with badly broken trunk has now made a marvelous recovery. It is only a little shrub that needs the touch of the Master Pruner to make it into a tree again, but the blossoms that it bears are as lovely as ever. 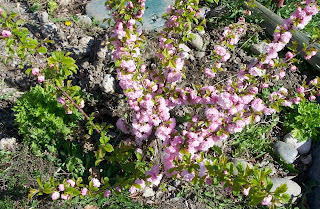 The daffodils in the roadside bed are beginning to rest for next year's show, but the little grape hyacinths that circle the bed are growing deep and are the bluest of blues. 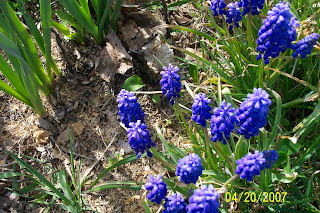 These nights one goes to bed with great anticipation for what the morning will bring!

Labels: Spring in the New Garden 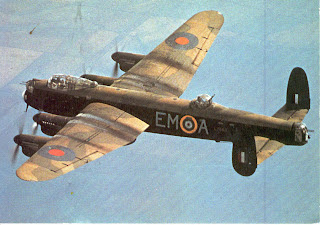 BOMBER COMMAND AND ITS MISSION

There is nothing in my head, and there is too much in my head, so it is difficult for me to choose a comment or a subject for a blog that will entertain or enlighten.

I have been talking to my Sister tonight, and told her about an e-mail I had sent to Don Martin, Journalist, who ended one of his recent columns (dealing with the infamous plaque in the National War Museum that criticizes the morality of Bomber Command) with the following quotation.

"There is something seriously warped when their is demonized by a country's veterans."

In my e-mail to Don Martin I paraphrased his own words, -

"there is something seriously warped when a county's veterans are demonized by their . For Shame!"

I spoke to him as the wife of a Lancaster Pilot who played a valiant part in the effort to maintain a "Second Front " - one which made it possible for Allied Ground Forces to conclude an earlier end to the war than would have been possible without the efforts of Bomber Command. 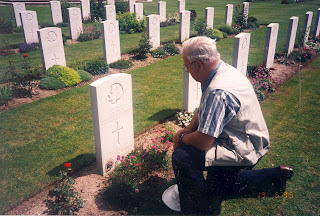 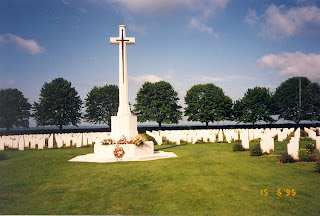 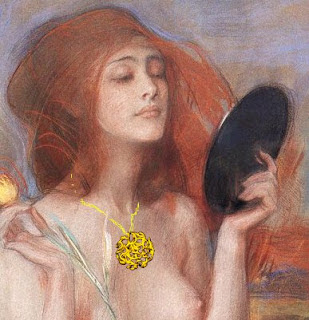 an outrageous flirt and a seductive minx


After her shameful abandonment yesterday I little expected to find her languishing outside our bedroom window when I woke this morning.

She seduced me into rising and after a hurried breakfast leaving in the early morning light to accompany Husband to Penticton, where he was speaking to a Grade 11 Class of Pen High about the part the Airforce played in the last war.


How could I resist another chance to cross the pass into the Okanagan at this special time of year - (and how could I resist the chance to visit Knapps' Plantland, all on my own, while Husband enlightened the current generation!!!!)

How many hundred and hundreds of time we have made that trip into Penticton, - each time it is familiar, but different, all at the same time and depending upon the season of the year.

The first time we traveled this road was while it was still a gravel trail, up and over Yellow Lake, and in the first year we were married. The road bore little resemblence to the Highway today, and it passed Yellow lake midway up the north side of the lake.

We took a picnic, and we traveled in George and Kay Angliss's old truck, a bumpy ride but a nice way to spend a Sunday afternoon with good friends. 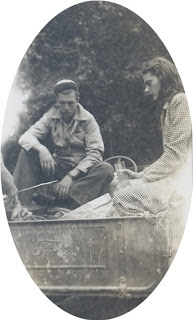 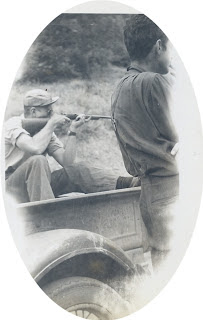 We did a lot of"Firsts" with the Angliss'. They were our first 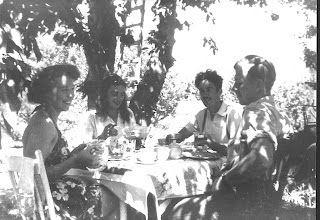 dinner guests when we dined a la fresco under the cherry trees. George designed our first house. And it was the Angliss', as Artists and friends, who first opened my eyes to the beautiful colours to be found in both the Okanagan and the Similkameen Valley. The greens, the sages, the rose coloured rock, - the gold, the steely blue and green coloured rock, the copper and the garnet shades. All so breathtakingly beautiful.

This morning these colours were especially spectacular as the morning sun brightened them, and created long shadows as we drove through the pass and down into the Okanagan Valley. The garnet coloured rock wall just above Kaledan shone as though burnished.

On the way out of Keremeos we took pictures of the Olalla bushes, dancing like so many tutued fairies amidst the evergreens. 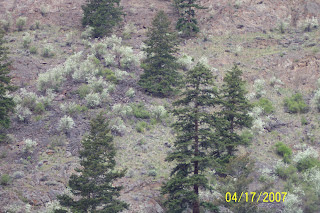 We came home to find the animals indignant at being left two days in a row, despite Daughter's caring visit to hand out treats and attend to business trips.

As we drove up the road we took pictures of the neighbour's peach trees, in full bloom. 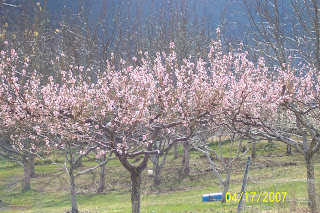 And the Plum Blossoms at the bottom of the road, just past the Big House. 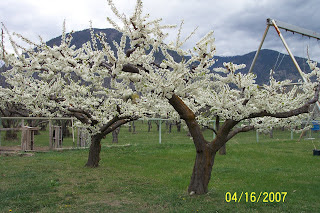 I tenderly unloaded the flat of yellow pansies that are going to brighten up the front steps, once Spring has settled down and decided to be a constan 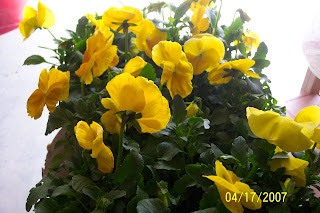 Alas, she was not in a constant mood this afternoon, - wandered off to rest a while, and in her place sent wind and clouds and the hint of snow in the Upper Valley.

Posted by Hildred at 7:46 PM No comments:

Labels: An old, familiar trail
Newer Posts Older Posts Home
Subscribe to: Posts (Atom)
"Thou knowest not what a day may bring forth." —Proverbs