The letter is J for the fabulous Jelly Bean 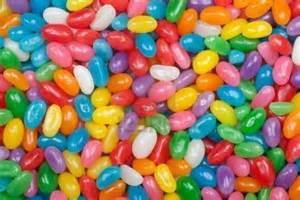 It is generally thought that the Jelly Bean first surfaced when a Boston confectioner, William Schrafft urged people to send jelly beans to soldiers during the American Civil War.

That would be about the time my Loyalist ancestors came to Canada
but I doubt if they brought the Jelly Bean with them.

Today most historians believe that the jelly bean was first linked with the celebration of Easter sometime in the 1930'.

Who hasn't made a little nest of green confetti paper
to hold these sweet delicacies which they are going
to hide in the garden under the pretext that the Easter Bunny
left them there for the children in the house?

The Jelly Bean comes in a myriad of colours and flavours.

Even the Harry Potter series is available on the market...
including flavours such as earwax, dirt, and pepper, -
we would hope these are only names, and the actual flavours
are delicious and fruit based.
But who knows????

In the electronics industry a "jelly bean" component is one which is widely
available, used generically in many applications, and has no very unusual
characteristics  (Mr. Google told me this...)

In the United States in the 1910s and 1920s a "Jellybean"
was a young man who dressed stylishly to attract women,
but had little else to recommend him!
Mr. Google told me this, too....... 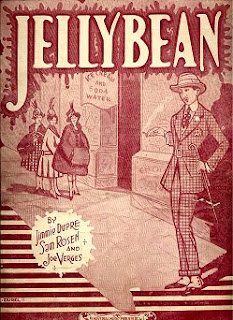 Jimmie Dupre, Sam Rosen and Joe Verges wrote a song
"Jelly Bean He's a Curbstone Cutie)
published by Universal Music Publishers
in the 1920s
and made popular in the 1940s by Phil Harris.

|
F. Scott Fitzgerald and William Faulkner's both wrote about such a character,
a dandy, or a fop....

more Js here at ABC Wednesday
(but none so delicious)
with thanks to all who maintain this great meme.

Enjoy your Jelly Beans!
Posted by Hildred at 11:25 AM 8 comments:

The Road that Beckons....

As the Cheshire cat is purported to have said to Alice, 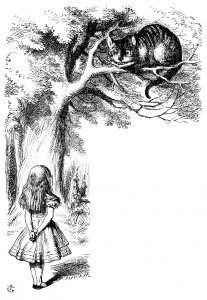 "if you don't know where you're going, any road will do"

I have been travelling along this dusty trail for the last few years..
the one that admonishes me to use up all my yarns,  - cottons, wools, silks, - and all those silk blouses that I saved to cut into wonderful  rainbow strips.  It has been a heavy load.....and I have stuck to it with Puritan diligence.

I have fashioned scarves and tea towels and mats, all the while contriving to use leftover bits and pieces from projects in my heyday of weaving.  At first it was a challenge, but now the range of yarns is not so inviting and the cotton warp is almost gone....

When yesterday, (as I was scrolling on the internet and as I came across the opportunity to buy the most inviting weaving kits) I had a strange reaction.  A little bit of rebellion mixed with a great longing to scrap all the leftovers and make something brand new and beautiful, - gorgeous tea towels, - lovely silken scarves, - some bamboo yarn and other exotic bits of weaving material. 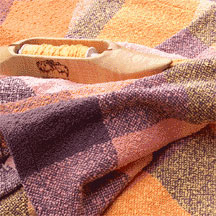 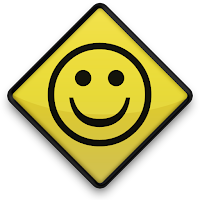 If, as some of my children attest, there is a possibility (not probability) that I might live to be a hundred, then am I going to follow along the same old trail, using up the leavings of the past?   I was going to say 'dregs' but the past was really quite wonderful and what is left of it cannot be referred to in that manner.

Or am I going to make a right turn at the next leafy tree and follow the path lined with all these exciting new yarns and projects that have caught my eye(s), opened them wide, so that they see clearly a few years of perfectly harmonious activity in the Loom Room and lots of Christmas and Birthday gifts.

Well, what would you do??

Exactly, and that's just what I am going to do too!!!!

Someone at the Bargain Centre is going to love all the yarns I am going to pack in a wicker basket, maybe with some knitting needles and magazines!!!

And I am going to skip down the smiley path!!