The kind of morning that makes your bones ache as you step out the door, - damp and overcast and very Novemberish....  There is snow in the mountain passes, and as I look out my imagination leaps forward to Christmas and snow hanging heavy on the branches, glistening through the Christmas lights.  That first fall of snow, - that fills your heart with memories of prairie winters and skating and toboganning and the lovely dryness of the cold. 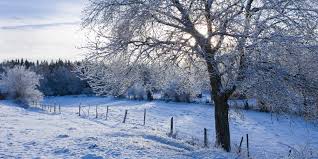 Later on, as the cars pass by and the snowplows come and make mounds of snow dotted with bits of dirt they have scooped up, somehow winter loses its' charm.  Those are my thoughts as I finish my second cup of coffee, and contemplate Christmas giving.

Wrapping gifts, packaging up parcels, the annual Christmas letter, lights and garlands - what am I prepared to give up when my energy refuses to match my boundless enthusiasm????  Shall I keep the memories of Christmas Past precious in my mind and be content with just one tradition, a simple Great Grandma Christmas Eve come-as-you-can Stew?  And maybe a box of shortbread for everyone....and books for the Great Grands.... 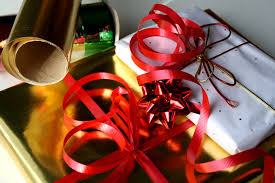 I think about all the knitted hats and mittens I would like to make for the little ones, - all the Christmas weaving I might do if I had started twelve months ago, - and then I think about the email from Owl and Chickadee advertising their children's books, on sale for Christmas giving.   I have always been the kind of Grandma who tucked books into Christmas parcels, - do little kids still like books?  Are big kids still enthralled with knowledge and adventure between the covers?  I am going to look into what they have to offer and fill the morning hours with cheer!


Looking online, - same as lying on the floor, leafing through the Eaton's Catalogue in days gone by! 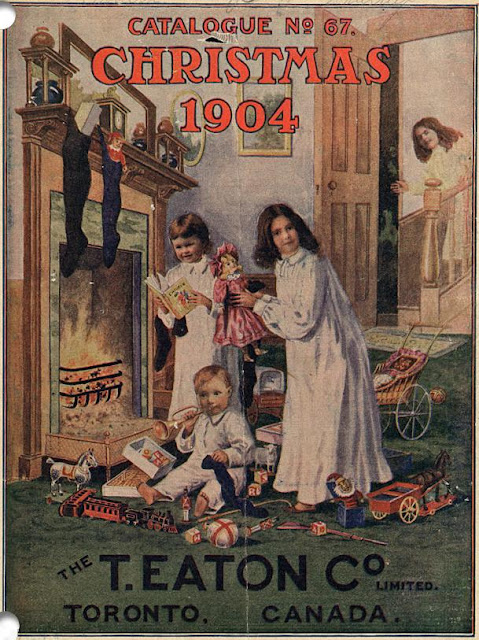 Off to google Owl and Chickadee and see what they have to offer!!

S is for Swift

The letter is S, for SWIFT


Monday morning I awaken full of enthusiasm for working in the Loom Room.

I have a naked loom which must be dressed, and the first task is to turn skeins into balls that I can wind a warp with.

I use my UMBRELLA SWIFT 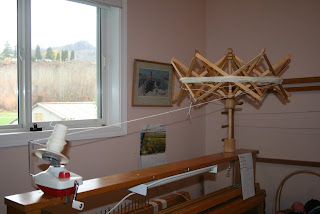 and while I am busy doing this humdrum task my mind wanders to other things I must do today.....ABC wednesday flits through my mind, - along with S, - for the Swift I am using,... for the bird who lives mostly in flight....for the essay and satirist, Jonathan Swift.  I am on to something!!!! 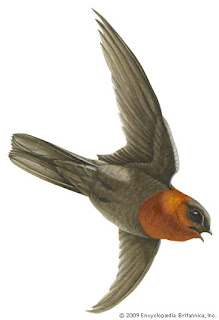 The Swifts are the most aerial of birds and the larger species are among the fastest fliers in the animal kingdom.  Even the Common Swift can cruise at 70 mph.  Compared with typical birds swiftlet wings have proportionately large wingtip bones and by changing the angle between the wingtip bones and the forelimb bones they are able to alter the shape and area of their wing, maximizing their efficiency and maneuverability.  Like the hummingbird they are able to rotate their wings from the base.

They have a short forked tail and very long swept-back wings that resemble a crescent or a boomerang.  Most of their lives they spend in the air, - catching insects on the fly and even sleeping aloft.
The nests of many species is glued to a vertical surface with saliva, and the genus Aerodramus use only that substance, which is the basis for bird's nest soup. Over harvesting of this expensive delicacy has led to a decline in the numbers of these swifts.  Remember that when next you order Bird's Nest Soup... 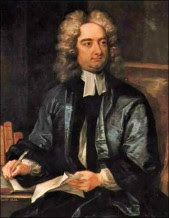 The other Swift I am familiar with is Jonathan, the essayist, satirist, political writer and clergyman.  He was born in Dublin on November 30th, 1667.  His father died two months before he was born and as a consequence his mother, hoping to give him every chance possible, gave him over to Godwin Swift, her late husband's brother, and an attorney.  After an impressive education Jonathan Swift turned to writing and to the priesthood.  His first political pamphlet was titled A discourse on the Contests and Dissentions in Athens and Rome. Further writing earned him a reputation in London and the Tories asked him to become editor of the Examiner, their official paper.  After a time he became fully immersed in the political landscape and began writing some of the most cutting and well-known political pamphlets of the day,  When the Tories fell from power Swift returned to Ireland and took the post of dean at St. Patrick's Cathedral in Dublin.

While leading his congregation at St. Patrick's Swift began to write what would  become his best known work, Gulliver's Travels.  The book was an immediate success and hasn't been out of print since its first run,  which is quite a record!! 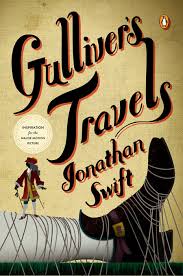 Gulliver's Travels is an adventure story involving several voyages of Lemuel Gulliver, a ship's surgeon, who, because of a series of mishaps en route to recognized ports, ends up instead on several unknown islands living with people and animals of unusual sizes, behaviors, and philosophies, but who, after each adventure, is somehow able to return to his home in England where he recovers from these unusual experiences and then sets out again on a new voyage. Here is a little taste of his first voyage, and if you haven't read Gulliver's Travels yet find a copy and find out about his adventures with the Brodnagians, and others. 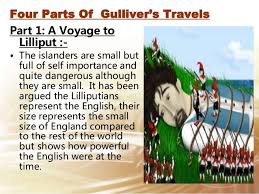 More interesting Ss here at ABC Wednesday
with thanks to Roger, Denise and Leslie
as well as their Super helpers


Caught the morning rising of the sun and the pink clouds he scattered in his wake; 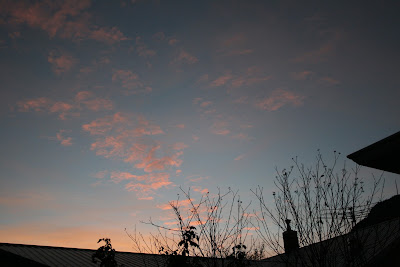 showered, fed Bruce and Callie
and settled down to a breakfast of toast, peanut butter and honey.

I examine the contents of the peanut butter jar, taking stock with the grocery list in mind.  At one time I didn't often eat peanut butter - it was a standby for making a sandwich for Charles (who loved it) when I was 'out to lunch with the ladies'.


Now I watch as this smooth brown comfort food disappears from the jar, and enjoy it with my memories....


I keep on the breakfast table books that are easy to delve into momentarily, to read and enjoy as I eat.  Present literary company is a collection of short stories by Anne Enright, and Mary Oliver's compelling 'Upstream" essays (which I find hard to put down...) 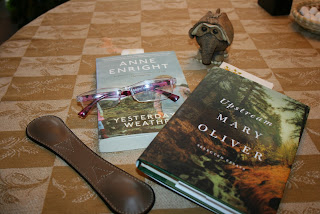 I am coming to the end of Mary Oliver (although nothing says I cannot flip the pages and start over again from the beginning!)  The paragraphs on 'Winter Hours' is particularly relevant  to my habitual early rising.  A cameo - "winter walks up and down the town swinging his censer, but no smoke or sweetness comes from it" and I think of how it will be in a few short weeks when the leaves are all gone, and the frost is bitter in that dusky time before the sky lightens and the sun returns for his brief mountain-limited visit to the valley in December...

Here at the back door we have not yet reached that time of the year, and the rowan tree still clings to its radiant funeral garb. 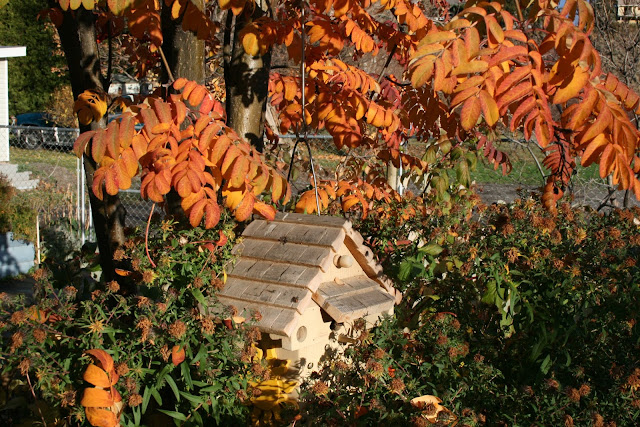 A morning at church, home for lunch, a visit from my daughter as we watch those nice athletic young men in a curling championship on T.V. and soon it will be time for Radio City and Brahms Requiem with the Vienna Philharmonic and the legendary Herbert von Karajan conducting.  Kathleen Battle is the female soloists and my clock has just struck three, so I must leave my wanderings here and go to listen....I am not over the moon when it comes to Requiems, but love Kathleen Battle!
. . . . . . . . . . . . . . . .

Well, it was beautiful and serene and I knitted a few inches on a nice lacy scarf I am making....

While I watched daylight disappeared and we are well into the long, November evening.

Time to forage in the fridge and see what would make a satisfactory omelet
for a Sunday night supper.......