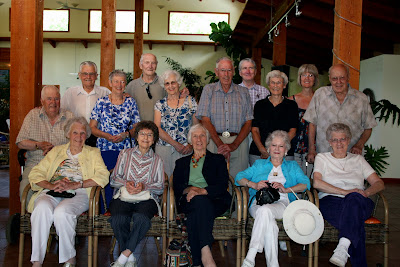 On Wednesday the local remnants of the Class of '42 of Penticton High School  (and their spouses, plus a driver and a guest speaker) gathered for lunch, friendship and wonderful memories at The Linden Gardens in Kaledan, a small community about 13 miles south of Penticton.

It was a day of great priority in our house.  The times we meet grow fewer and farther apart, - it has something to do with the ratio of age and energy, and means of travel.  The occasion that brought us together this day was to say farewell to a dear classmate of Charles' and his lovely long time wife who are moving to be closer to family at the Coast.

Rene and Reg were married just four months after we were, - we ran into them at a Saturday night dance at the romantic Incola Hotel in Penticton, and neither Rene nor I have ever forgotten our first meeting.  Our paths diverged.  Reg was an engineer and they traveled the world to all sorts of exotic places, while we stayed home and farmed and became involved in local matters, - Charles most especially in the formation of Colleges in British Columbia.

In 1982 the Class of '42 held a 40 year reunion, a three day celebration with classmates coming from all across Canada, and for the next  twenty-five years they held an annual week-end full of catch-ups and memories and laughter and some poignancy.

I diverse from Wednesday, and our delightful lunch at The Frog City Cafe which is part of the Linden Gardens.


Up an inviting shady lane and we arrived at Frog City 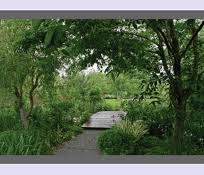 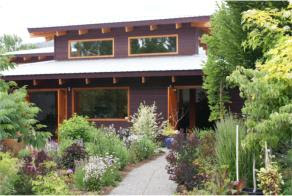 We gathered early for drinks (magnificent lemonade and a beer or two). pictures and chatter.  After ordering lunch those of us who felt particularly energetic and whose knees had not yet seized up from sitting too long went off for a wander in the Gardens.  I went with my camera. 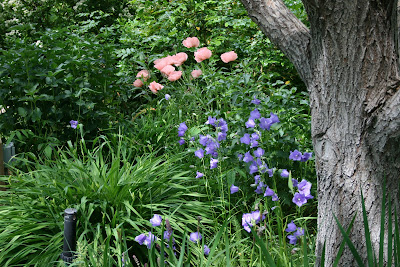 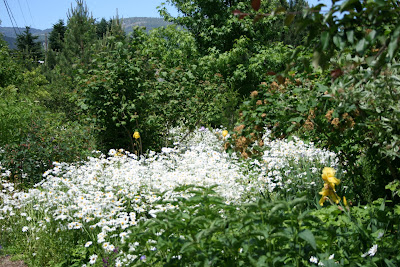 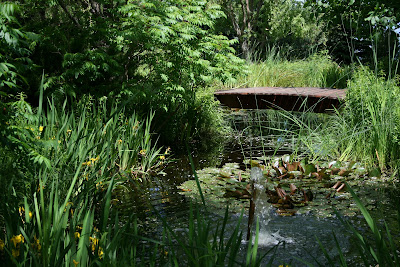 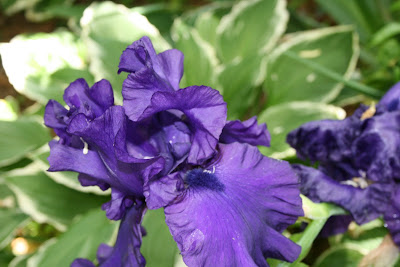 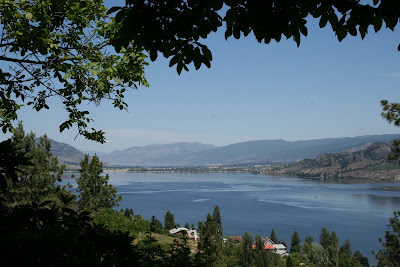 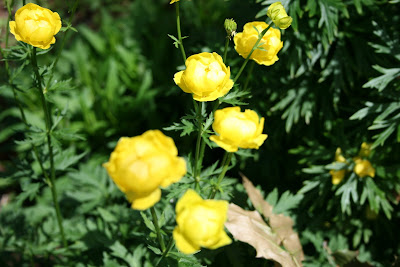 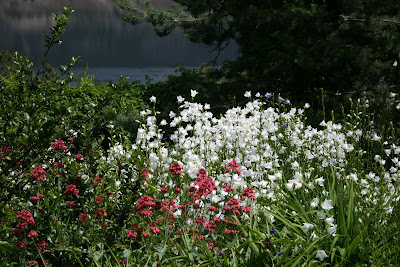 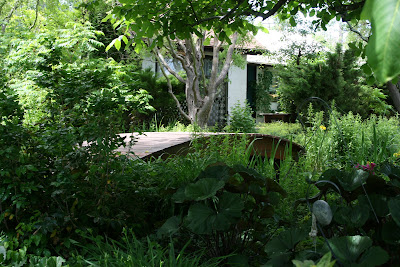 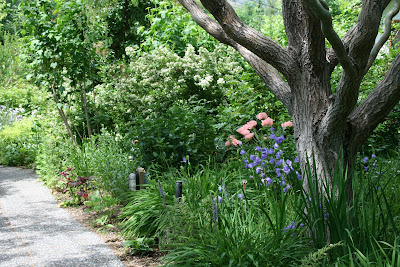 Lunch was interesting and when we had finished we gathered to hear a long time English teacher from Pen High entertain us with some salty tales of the staff and administration and a few stories from the book he is writing for the schools 100th Anniversary next year.

A nice nostalgic trip home, - lots of news and conversation about what had happened since we last met, - how 'so and so' was managing, and how well 'you know who' was aging, etc. etc.   We are all so ancient in body, but so young at heart.

After happy hour and a bit of supper I wandered a bit in our own garden.  There was a lovely gentle sunset and in the dusk I admired the roses, - the Abraham Darby and the climbers and the Praire Princess, and was just a little giddy with the fragrance of the evening scented stalk. 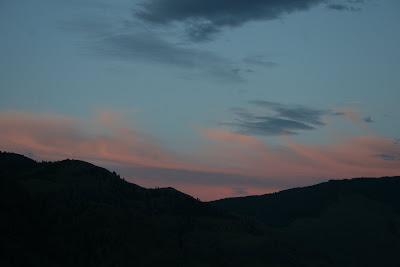 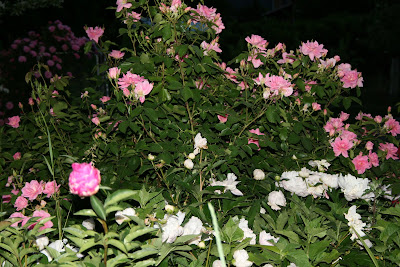 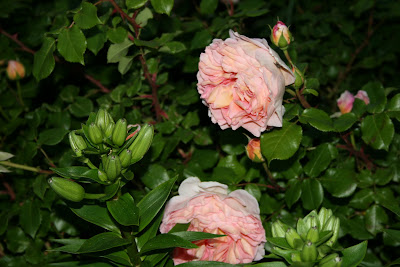 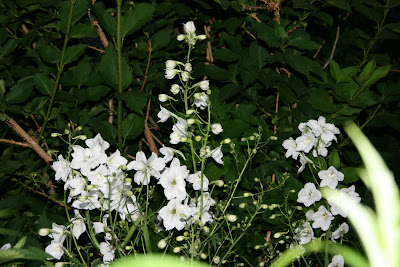 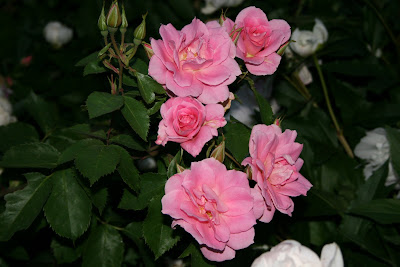 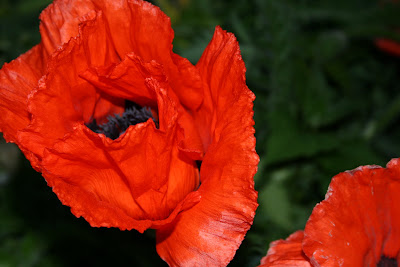 There is nought better to be with noble souls of company:
There is nought dearer than to wend with good friends faithful to the end.
This is the love whose fruit is sweet:
Therefore to abide within is meet.
Mahabharata (B.C. 400)
A most satisfying and endearing day....
Posted by Hildred at 10:03 PM 5 comments: 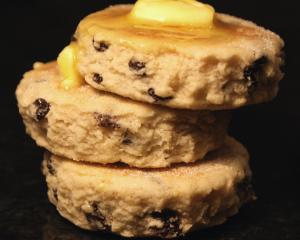 Margaret was a dear friend, a nurse of Welsh extraction, and her favourite tea-time treat was a plate of Welsh cakes, - perhaps with a little cheese, a little jelly....


She shared her recipe, as well as her nursing skills in a community that had no doctor and where she might be called at all hours of the day or night for help.  Our children loved her, and for me she was the dearest of friends.  I look back on tea-time visits with her with fond memories.


I make Margaret's Welsh cakes for children and grandchildren who love their grand buttery flavour and scone like texture.


Stir in 2 beaten eggs and 1 tsp of vanilla with a fork, making a soft dough.


Delicious!  I am off to make some right now for a bedtime snack!


For more of the Ways of the letter W click here and enjoy a visit at ABC Wednesday. 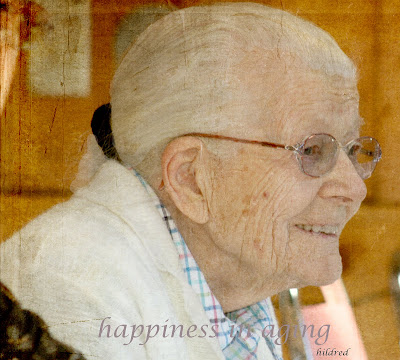 Click to enlarge and see better her wonderful spirit
Out in the garden the jungle is coming alive with gorgeous blooms. 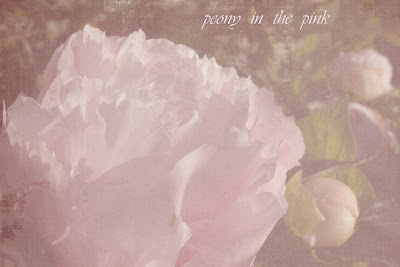 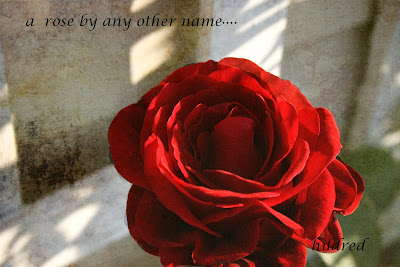 Labels: textured people and flowers
Newer Posts Older Posts Home
Subscribe to: Posts (Atom)
"Thou knowest not what a day may bring forth." —Proverbs