The letter is Q, for Quoits

but in the United Kingdom
(and perhaps elsewhere)
in Scotland, Wales and Yorkshire

there are still Quoit pits
and on a summer's evening
the music of the quoits
zinging through the air
and the melody as they clash with each other
in the clay pit
still draws rural gentlemen
to the game. 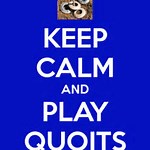 More Qs here at ABC Wednesday
with thanks to all who maintain this meme.
Posted by Hildred at 7:40 PM 4 comments: 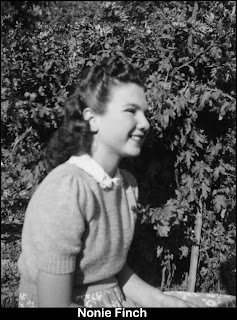 When I first met my husband there was a lovely little chemistry going on, so the fact that he had a sister didn't make me love him any more, but it was a definite plus on his side, and she grew dearer as the years went by.....

Wenonah Finch - a beautiful girl, lively and spirited with many of the same interests I had and a sweet, compassionate nature.  She was to play a welcome part in my life, through books and music and family and philosophies.  I looked forward to her letters, all beautifully written (she had her mother's penmanship and her own wonderful way of putting things) and full of news of the little ones, when we both became mothers, - books she was reading, music she was playing, nature, and later on the part she took in publishing the books and paper she and Grant wrote.

She also introduced me to word games - like Hinky Pinky (hinkity-pinkity, etc. etc.) but the very best thing she shared with me was her discovery of Scott Joplin when he became popular again.  I have her to thank for his book of Ragtime, and in the last few years of her brother's life I played The Elite Syncopations, the Peacherine Rag, Solace,  The Maple Leaf Rag or some of his other favourites each morning after breakfast as he got ready for the day,  and invariably I thought of Nonie. 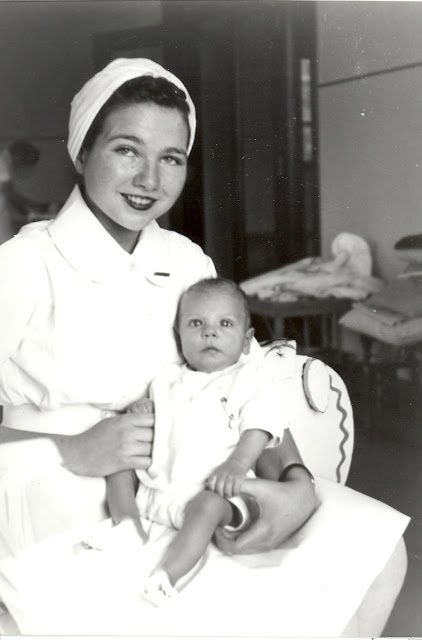 When we were quite young, and while Nonie was still nursing st St. Paul's, -  before she and Grant were married, our first born (Steven) was admitted to St.Paul's with an auricular flutter.

Granny and I took him down over the Coquihalla when it was just a rail line, and after a few days left him there with Nonie, in pediatrics. Much lighter of heart knowing that someone who loved him was helping to take care of him.

We both had large families,
so there were cousins by the dozen, and just a few more....

My children, all grown now (Steven is seventy) remember with great affection the visits of the American cousins, all peering out from the top of the camper as they drew into the farmyard.


What an exciting time, - for grown-ups as well as the children.

They roamed the hills, investigated the caves on the hillside, and helped with chores. When they got older some of them came and stayed a few days and formed nice friendships. 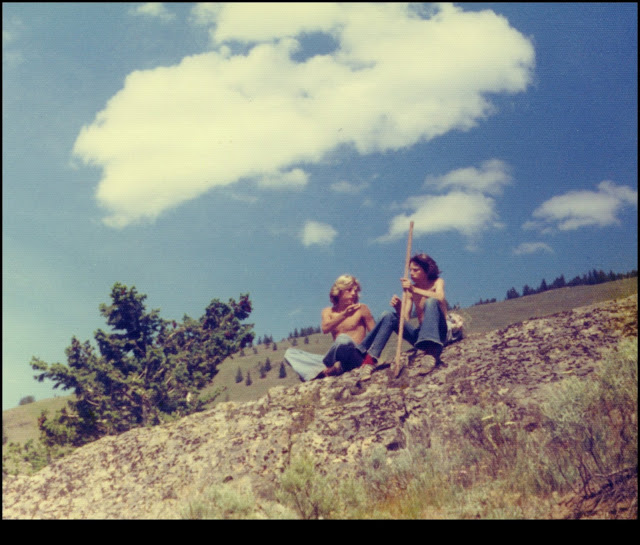 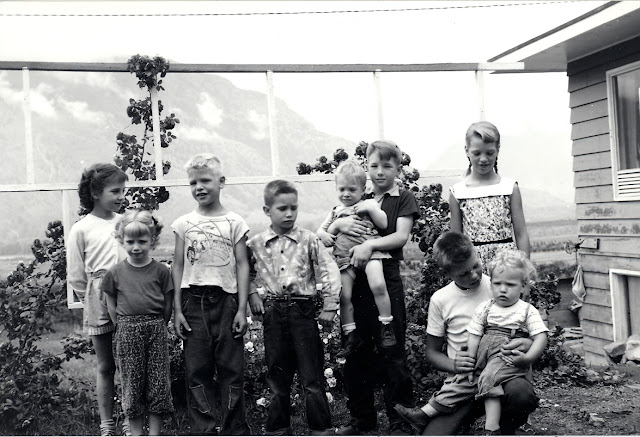 They came with water skis and boats,  and one winter they brought a toboggan and had an exciting time in the Fairview Pass.  And I looked forward to those times when Nonie and I could have conversations about life and how it was affecting us......about books we were reading, how we thought about politics and religion (we had lots of ideas to exchange, carefully, having different views on both subjects).

There was Expo when Nonie and Grant came to Vancouver at the same time we were visiting the Perrins, - the BC Centennial, when Charles grew an old fashioned moustache and we did a side trip to Seattle, and I recall vaguely that we spent an evening pub crawling?

Time passed, - the children grew up and away.  We all traveled a little more and increased our memories of lovely visits when Grant and Nonie came back to Seattle and the West.  We took our friends to Mats Mats Bay and enjoyed sharing in the wonderful life they had there, - the boat, the harbour, the music and the conversation.

Nonie took me with her to Turtle Island when she went for a music lesson with Gwendolyn Moore, and on the way she showed me where Betty MacDonald of "Egg and I"fame lived, - the sun shone, we chatted, the music was marvelous and it was another day with Nonie to put away and treasure.

Before you could turn around twice and say Jack Robinson we were all Grandparents!!!

Now when Grant and Nonie traveled it was just the two of them, and the dog,  and Charles and I would go to wherever they were camped close to the border, - sometimes at Chopaka and once, when we were getting quite old and not as mobile as we once were, to a lake, east of the Similkameen,
probably over the border?  Grant took the little boat out (rubber???) while Charles and Nonie chatted on the deck of their cabin and I wandered between the three of them.

All fond memories of a tender family relationship that I learned to cherish. 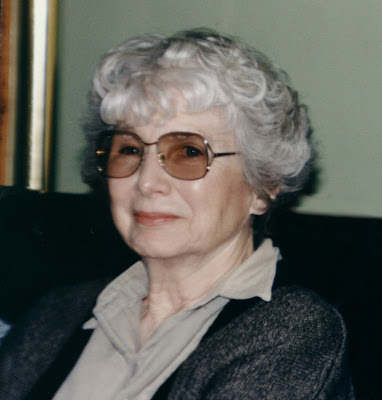 I keep Wenonah Finch Sharpe's book of poems beside me as I write and am astonished at how beautifully and profoundly they define her, and her life.  And how deeply I relate to them - this interaction with our loved ones.

Nonie's maturity, her compassion, understanding and acceptance speak clearly through her words. Her "Pantoum for Lena" is poignant and heart-breaking, as are all the poems From the First Five Years.  "Irish Air" and "Retreat" bring back many memories  of Granny Finch and how she bore the loss of her two sons in battle.  I love "Sidney at 100", and see his staunch and sturdy figure out in the orchard, at a steady pace, or sitting playing crib with the children when he was with us.

She had a nice mind.  Wonderfully articulate, quick-witted and sensitive to her role as daughter, wife, mother, sister and friend.

To her children who gather to remember and honour her life I send my love and my appreciation of the extraordinary mother you were blest with.  And I know what a blessing you all were to her....