Yesterday was heavenly.  Blue sky and sunshine all day long!  Callie and I went out and fed the birds, wandered around in the garden, moved some leaves and found a dozen Lenten Roses in bud, sat on the blue bench at the back and dreamed of spring and pots of flowers and bulbs and vegetables.
Took pictures of the pussy willow branches against the lovely blueness of the sky. 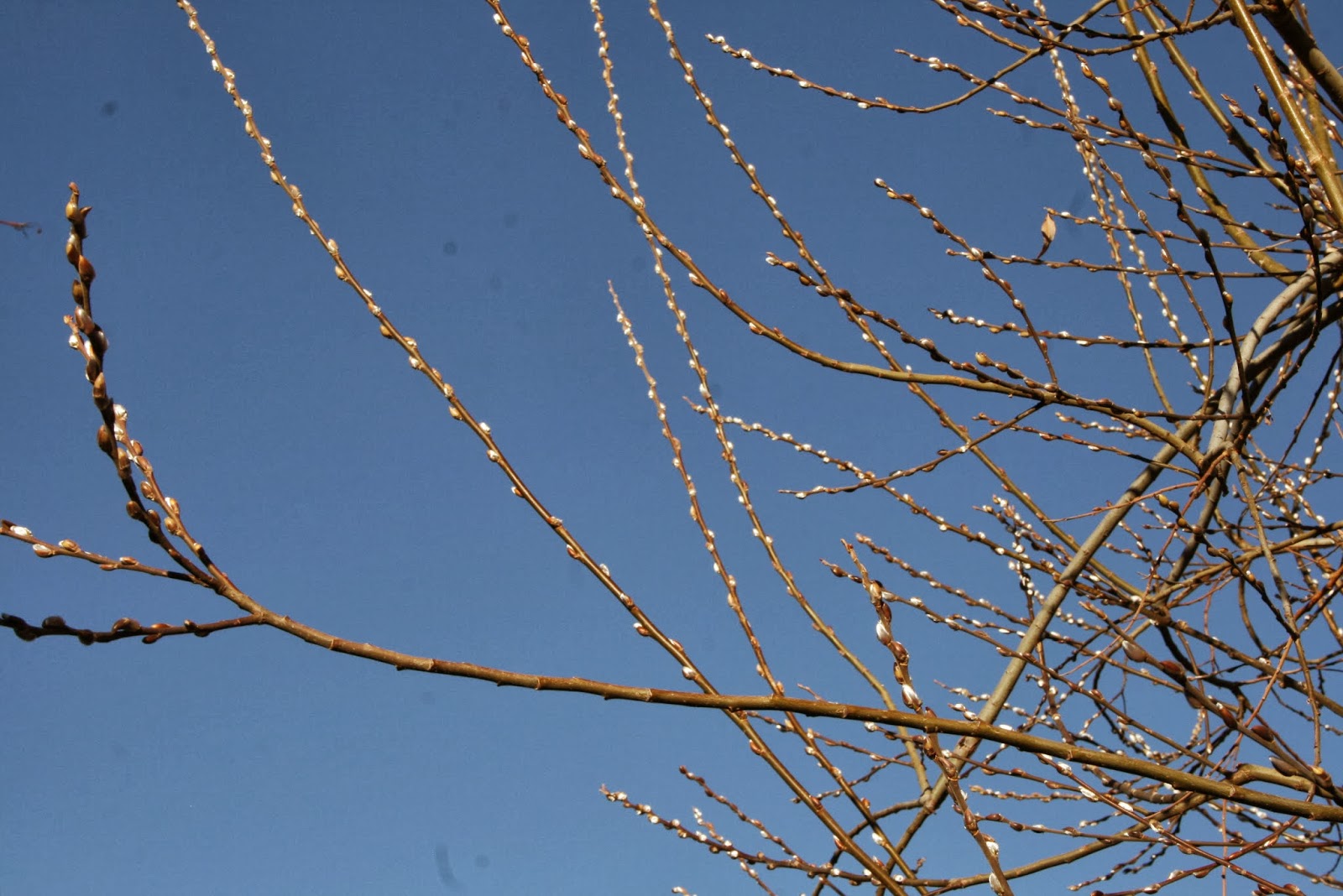 the sunshine coming through the open door 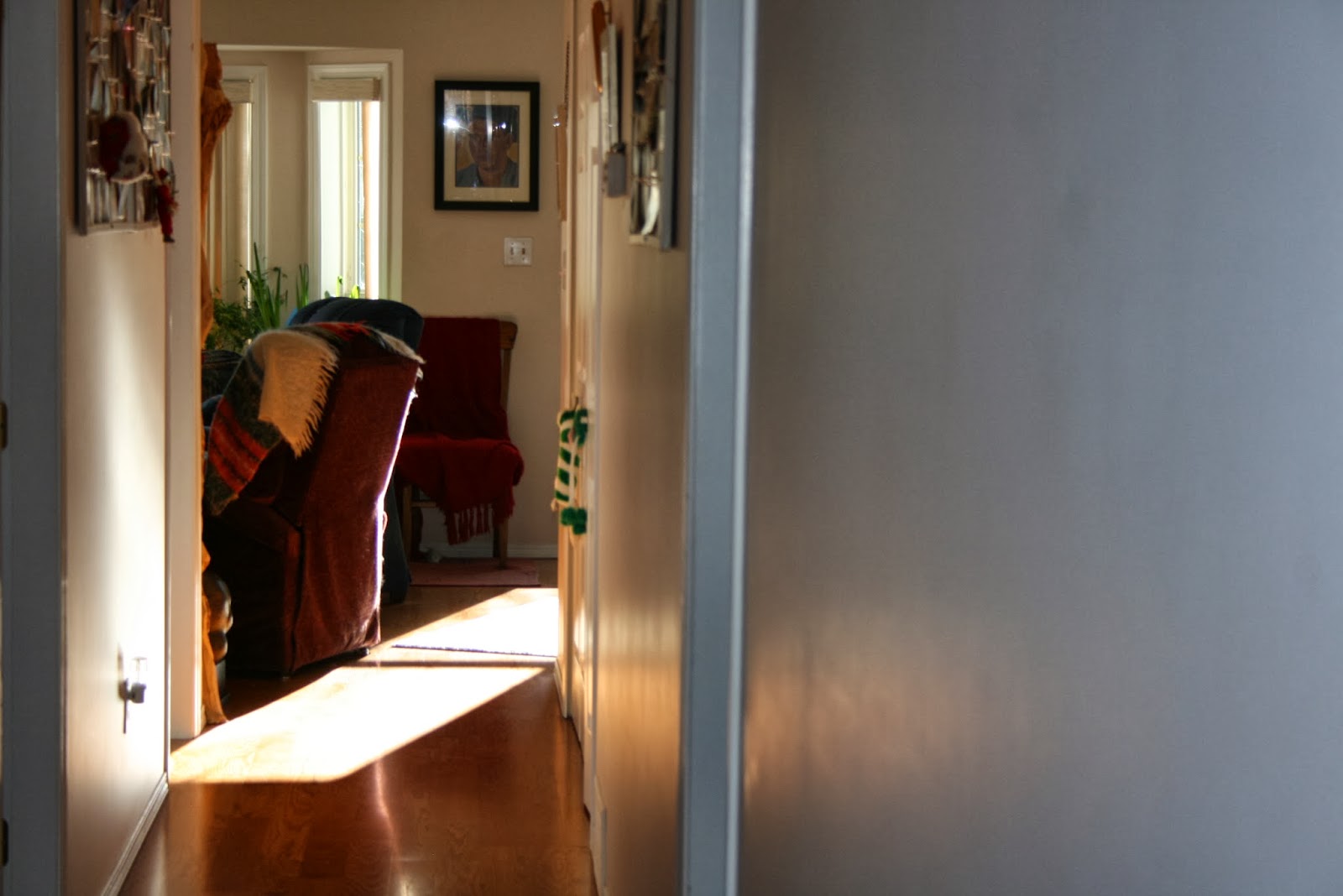 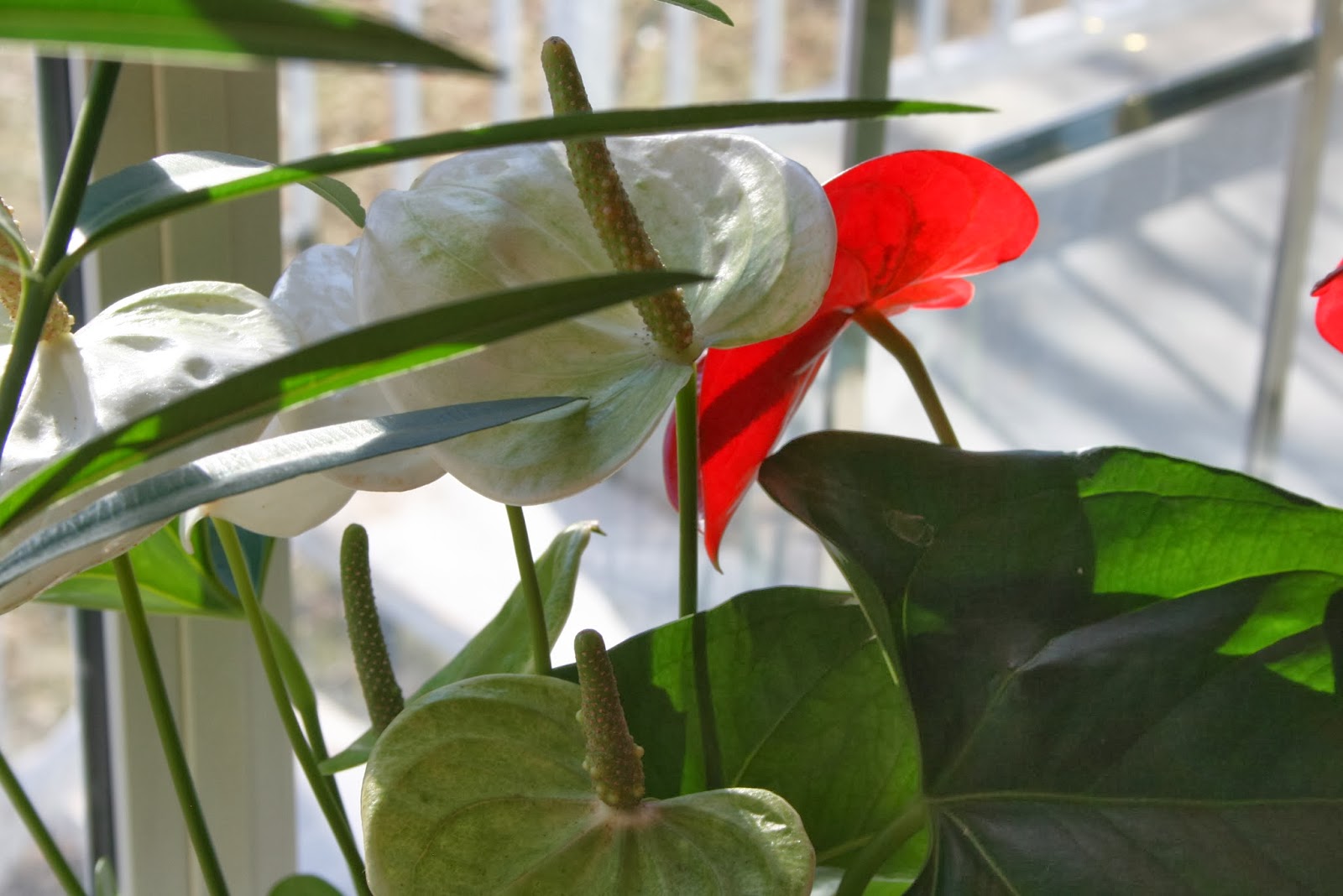 Today we are in the midst of an inversion, which I take it to mean that the big grey pot has been inverted over the whole countryside and we are back in the damp clutch of winter.  The little pools of melted ice have frozen into danger spots for ladies with canes!
Still, it was a heart lifting glimpse into the future.....
a plus - here is a picture of yesterday's bird calendar page The letter of the week is B, which stands for BEEFSTEAK PUDDING

What a long time since I have had this delectable feast - years I think!!

Here is my recipe, straight from Caroline Conran's 'British Cooking' - a book given to me by a wonderful Irish character who I am sure added whiskey in with the mushrooms and oysters.....

"This is the dish to present to foreign visitors.  It confuses them utterly, it looks so unlike anything else and tastes so unexpectedly superb.  In the past it would have contained as well as the kidneys, a dozen or so oysters;  with or without those mollusks, it is quite certainly one of our greatest dishes". 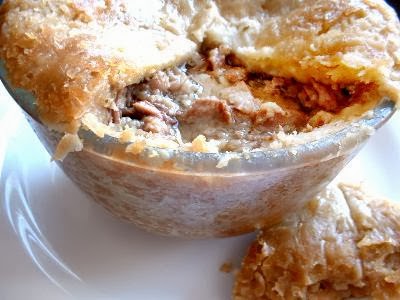 Make a suet crust, mixing one cup of flour with one half a cup of prepared suet, and a pinch of salt..  Add about 8-10 tablespoons of cold water, mix to a soft dough and roll out two-thirds of the dough on a floured board.  Use it to line a two pint pudding bowl, (basin) pushing it down with your fist and working it flat around the sides so that it fits snugly,  and leaving any extra pastry hanging over the sides.

Trim eight ounces of kidney (Caroline calls for pig or ox, but I prefer lamb) - cut it into pieces the size of a walnut.

Cut a pound and a half of beef steak (round or sirloin) into cubes, chop four shallots, clean about half a cup of mushrooms (button ones, if you can get them - otherwise slice and chop).

Roll the steak and kidney in seasoned flour and fill the bowl with layers of meat, shallots and mushrooms.  Three-quarter fill with cold water, season with salt, pepper, Worcester sauce, tabasco and tomato puree.  Brush the top edge of the pudding with water.  Roll out the remaining pastry, lift it on the rolling pin and lay it over the pudding.  Press the edges together and trim off extra pastry.

Cover the top with loosely fitting foil or cloth, allowing space for the crust to rise.  Tie it in place with string and put into a large pan of boiling water which should come at least half way up the bowl  Boil, covered, for four to five hours, topping up with boiling water as necessary.

Alternately the bowl could be covered with a sturdy brown paper and tied with string, and a handle to rescue it from the boiling water when done. 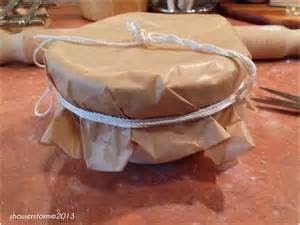 And if the desire to make a beef steak and kidney pudding whilst out in the wilds, camping, here is a picture I found on Google to whet your imagination and your appetite. 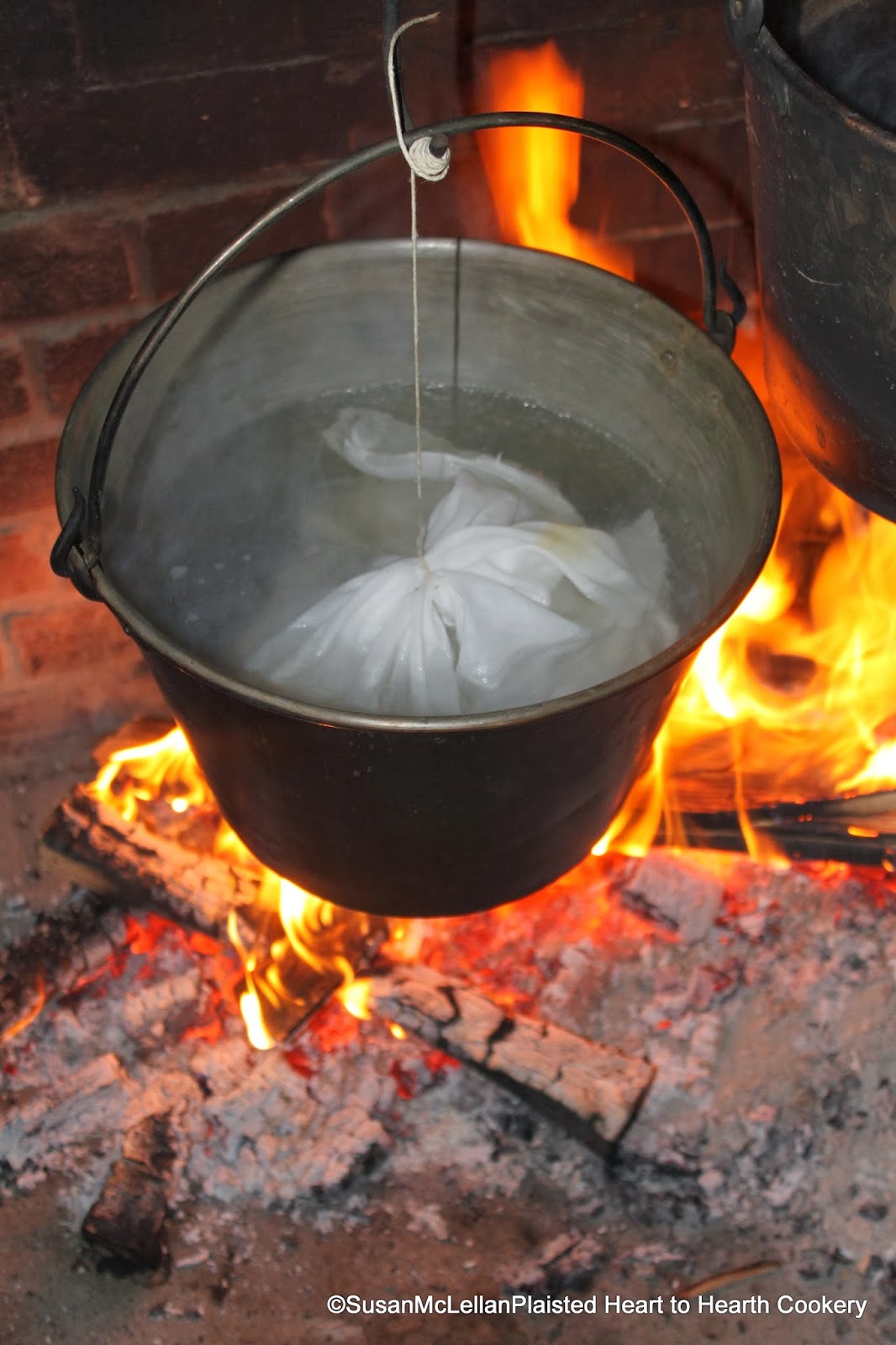 Serve the pudding at the table, removing the kitchen foil and wrapping the
outside of the bowl in a clean cloth, fastened with a pin.  Cut the crust
with a spoon and savour the delicious aroma that puffs out with the steam.
Make an occasion of it - drama!!
For more Bs click here to visit ABCWednesday with
thanks to Roger, Denise and all the other cooks who stir the broth.....
Posted by Hildred at 7:45 PM 12 comments: