Wind blown clouds and a pretty Saturday sunset in the Similkameen 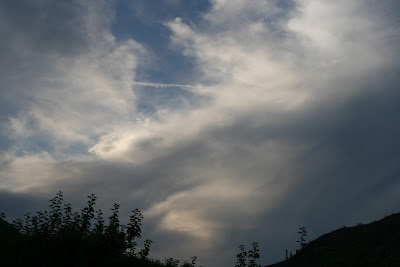 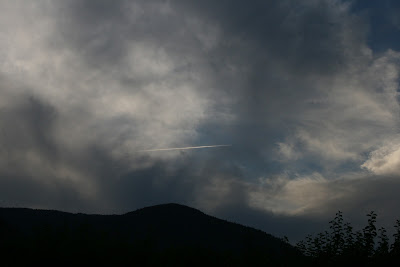 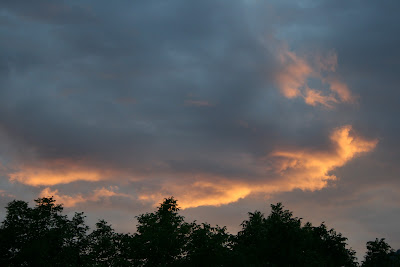 For more lovely skies from hither and yon visit here at Skywatch Friday.
Posted by Hildred at 9:53 PM 13 comments:

The letter this week is zig-zagging Z

The Zither is a musical stringed instrument, most commonly found in Slovenia, Austria, Hungary, northwestern Croatia, the southern regions of Germany, alpine Europe and regions of southern Asia, including China. 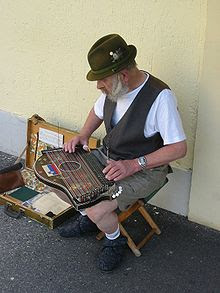 In modern entertainment the zither is most famous for its use in the film, The Third Man where Anton Karas composed and played this familiar theme.


And here he plays it again for your enjoyment.....

For more takes on the letter Z (z)lither on over to ABC Wednesday here with thanks to all those who participate and those who organize this long-standing meme.  Who's for A again!
Posted by Hildred at 8:51 AM 15 comments:

We go to a party;  the congregation surprises me;  I am wide-eyed at what big gusts of wind can do;  another wheelbarrow full of produce from tidying the garden;  the weekend has been pleasant but hot! 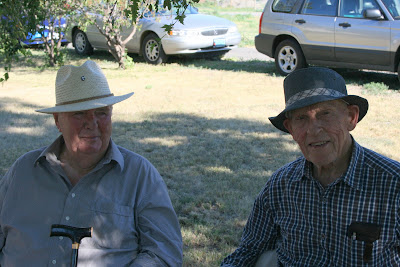 Charles (on the left) smirks a little as I snap a picture of him and another old time singer at the pot-luck and singing session on Sunday night.

The weatherman gave us an option, - heat, mosquitoes, or a gusty wind that blew hats off and left empty chairs lying on the grass.  A windy but pleasant evening amongst friends and fellow singers.  I do not count myself amongst the good singers as I require ample support on both sides to enable me to carry a melody in the manner it deserves.  But Charles is a fine singer, and has a sweet and true voice.

We have a motley crew of singers at church.  They hold old familiar tunes close to their hearts and can get quite testy if the picker-of-hymns surprises them with new melodies.  And so I was quite apprehensive when the itinerant lay leader who was to take yesterday's service chose an unfamiliar hymn to open the worship.......
However, she was confident that if she sang the first verse everyone would sing along on the other three.  Oh yes, I thought (with some misgivings)!

However, she had a lovely strong voice, and the hymn was really quite appealing, so we got through the first verse and then surprisingly the congregation joined in with some enthusiasm and by the time they got to where the Amen would be if they still sang Amen after hymns, they were all smiling pleasantly and agreed that it was a tune they would like to put on the Sacred Familiar List.

A word about the wind that kept us cool and mosquito free last night....when we came home there was only a breeze on the hill, so we opened doors and windows to let the cool breezes in.  However before long  the breezes were punctuated by great gusts of wind that whirled around the house accompanied by loud noises and bangs.  We rushed to close the windows and any doors that had not already slammed shut.  In the kitchen, where the upright paper towel holder sat in front of an open window, I found a great billowy mound of paper toweling piled on the floor where the wind had caught the edge of the paper on the holder and twirled the paper around until the holder was empty.  There are mischief makers everywhere!

The wind was still perverse and erratic this morning when we rose early and opened up the house again to cool, fresh air.  This time the imps that ride the wind blew in and scattered a basket of potpourri, leaving a carpet covered with dried rose buds and petals, yellow daisies and bits and pieces of other flowers that I cannot bear to throw away - much to Charles' chagrin.  All of which leaves me to believe that it was HIM that opened the dining room window where the basket of dried flowers sit!!!

This did not deter me from going out into the garden early and gathering another collection of chick grass, newly sprung violets, visitors from the Chinese Lantern Underground Railway and a little pail of dead headed roses to add to the potpourri!!! 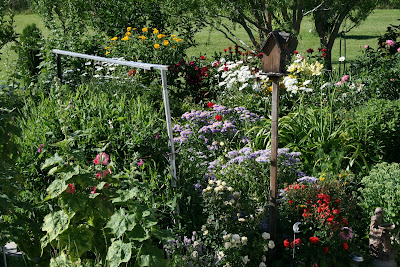 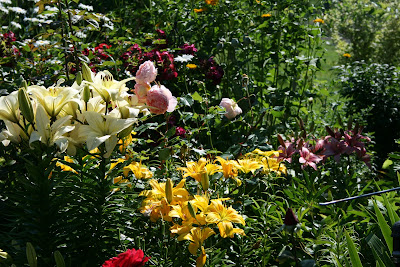 Labels: hymns, singing, weeds and potpourri, wind
Newer Posts Older Posts Home
Subscribe to: Posts (Atom)
"Thou knowest not what a day may bring forth." —Proverbs