Oh, I am very late with my posting this week, - have been out Christmas shopping on this frosty sunny day.

Here is an old picture of a pretty wintry sunrise. 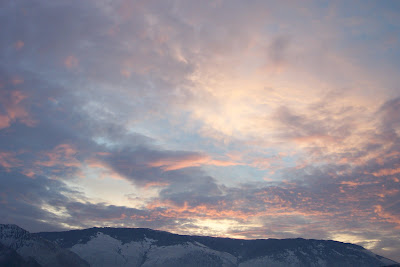 U is for Ulster


Ulster. A style of long, loose overcoat, worn by both men and women, originally made of frieze cloth at Ulster, Ireland. The peculiarity of this coat is that it is cut almost straight for both sexes, reaching very nearly to the feet, and is sometimes girded with a belt; it frequently has a hood or cape. Also called a great coat. from the dictionary for dry goods

I have read in other places that the ulster was a practical item of clothing, - sturdy and used mainly for work. However, these fellows look quite dashing, and I can imagine them as late 19th century bankers. 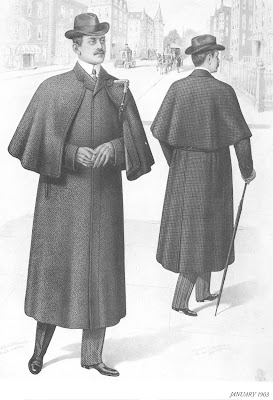 My father wore an Ulster when I was growing up. A more modern type, without the cape. He looked almost as elegant as Anthony Eden, shown here in his mid-century Ulster and looking UTTERLY UTTERLY ELEGANT. 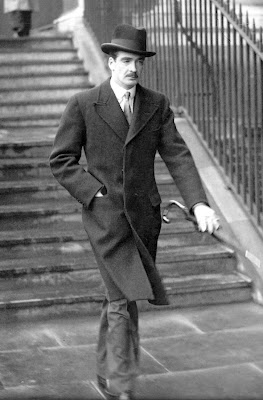 This Ulster would be referred to as a 'bespoke' garment these days.

The working men of the plains wear a type of Ulster, which they call a 'duster'. It serves to protect their legs while riding, and gives some warmth, as well as looking dashingly romantic as they ride off into the west, ulster/duster flying out behind them... Doc Holliday wore an Ulster, and called it by that name. 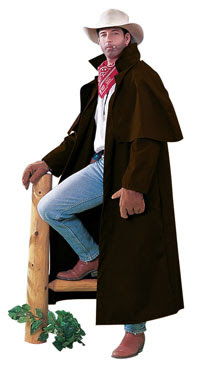 U is an interesting letter, and for more postings skip over to ABC Wednesday here, and see what is on offer, with many thanks to Mrs. Nesbitt.
Posted by Hildred at 6:50 PM 13 comments: