Out and About Part Two 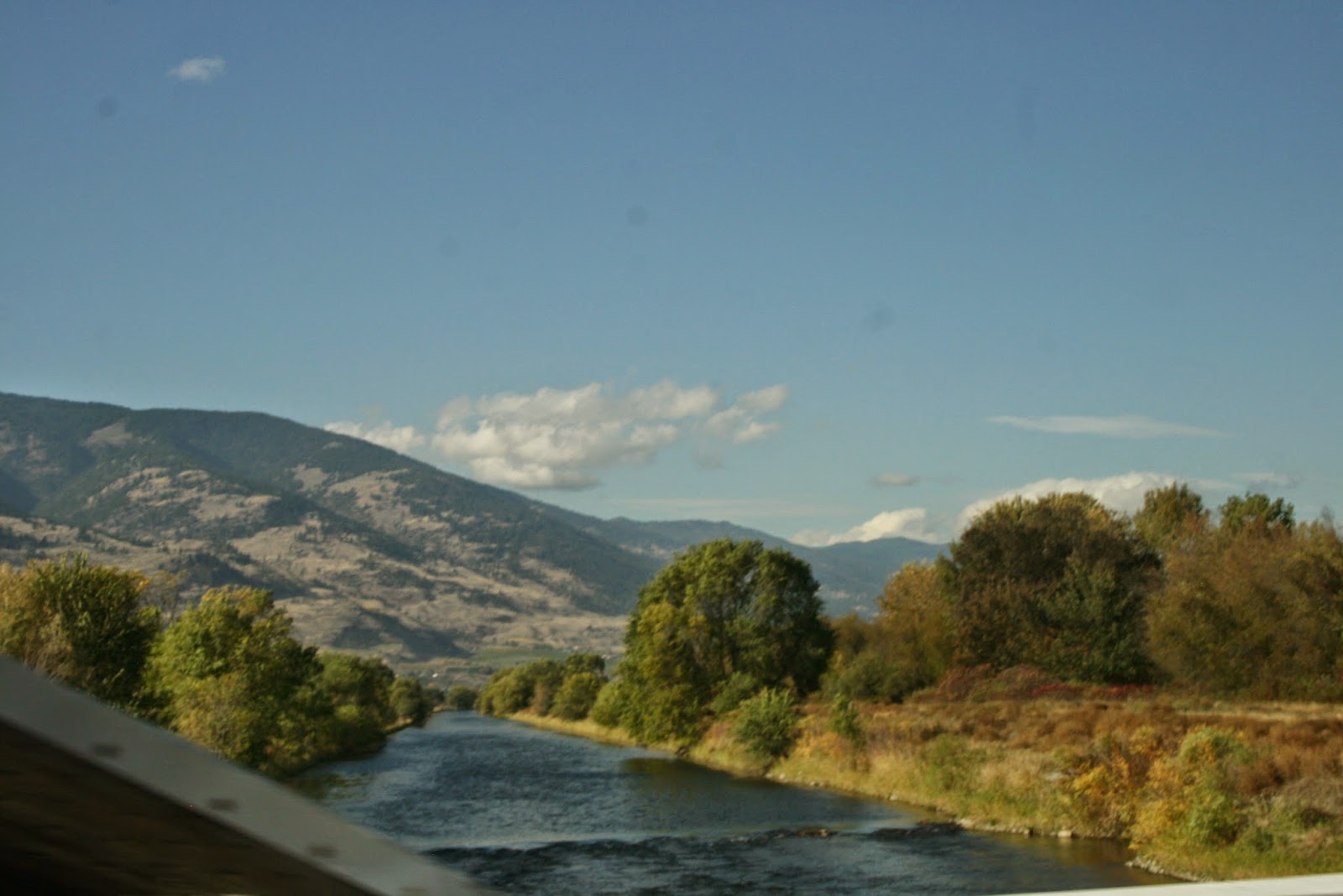 A Post Script to last week's Out and About posting when on Sunday the 19th
Susan and Margaret and I went on a lovely journey.......

We turned south through the Similkameen until we reached the Osoyoos turn-off,
and then went up over the Richter Pass where the hills had donned their October garb,
a lovely naples yellow. 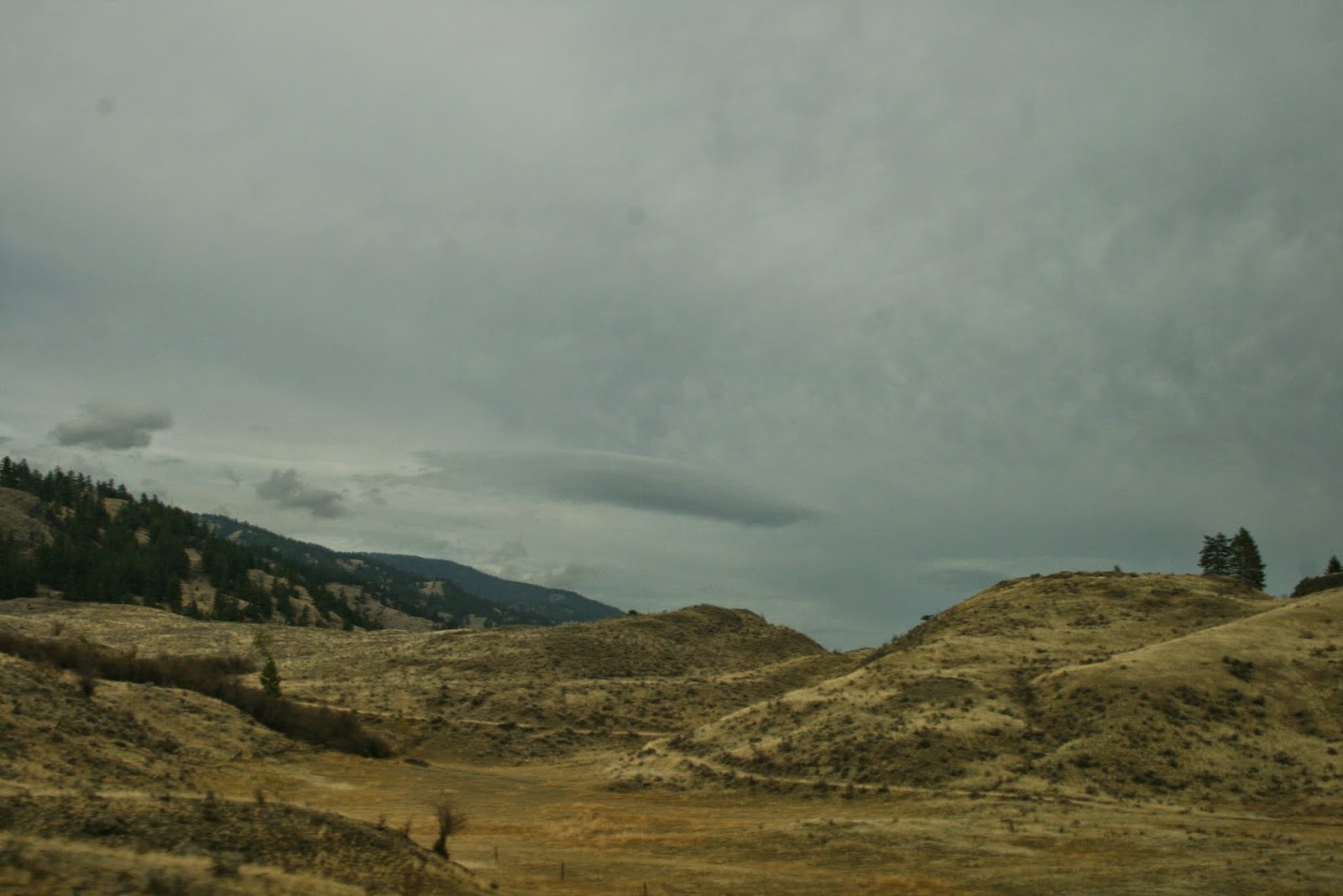 and the skies on the other side sported wisps of cloud and a friendly sun
breaking through to make the day  even more beautiful. 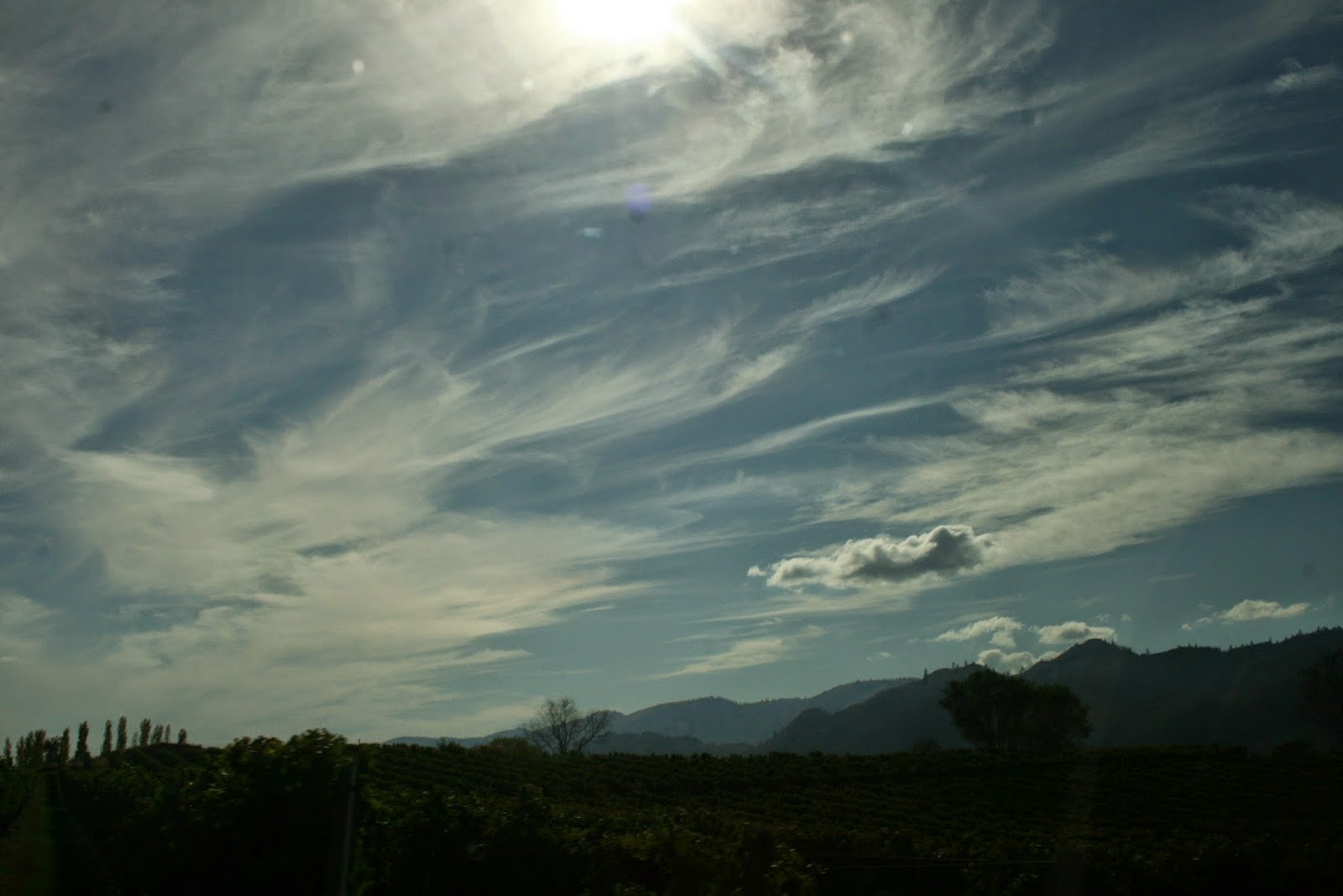 We skirted Osoyoos lake and drove to its farthest reaches, only turning back when we reached
the United States border 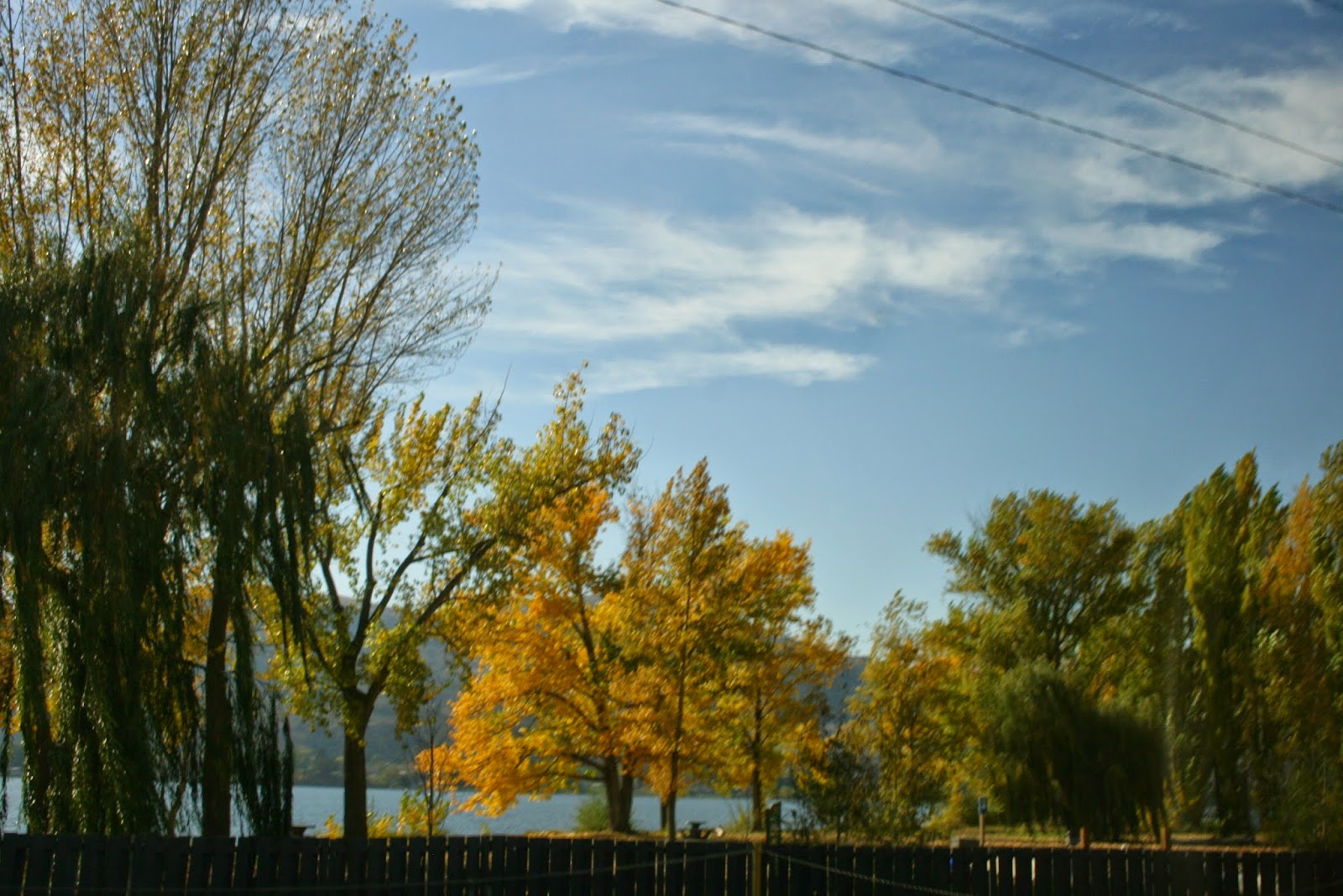 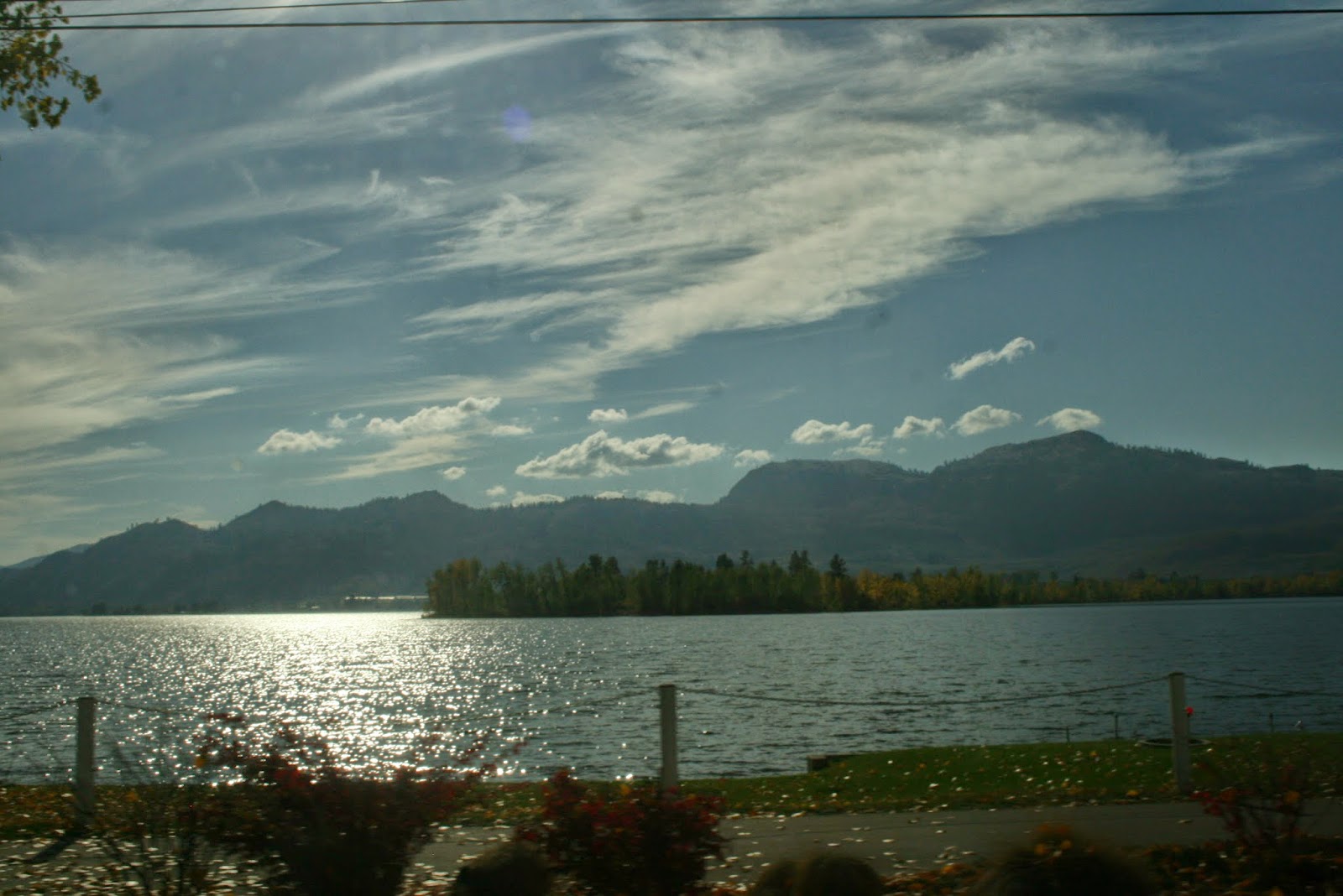 There is a back road between the towns of Osoyoos and Oliver, a portion of it called the
Million Mile, where the hills have all been planted to grapes and some of the most
successful and productive Okanagan vineyards are located.

Before we reach it the hills, in their virgin state, hide small clumps of deciduous trees
and small dwelling places 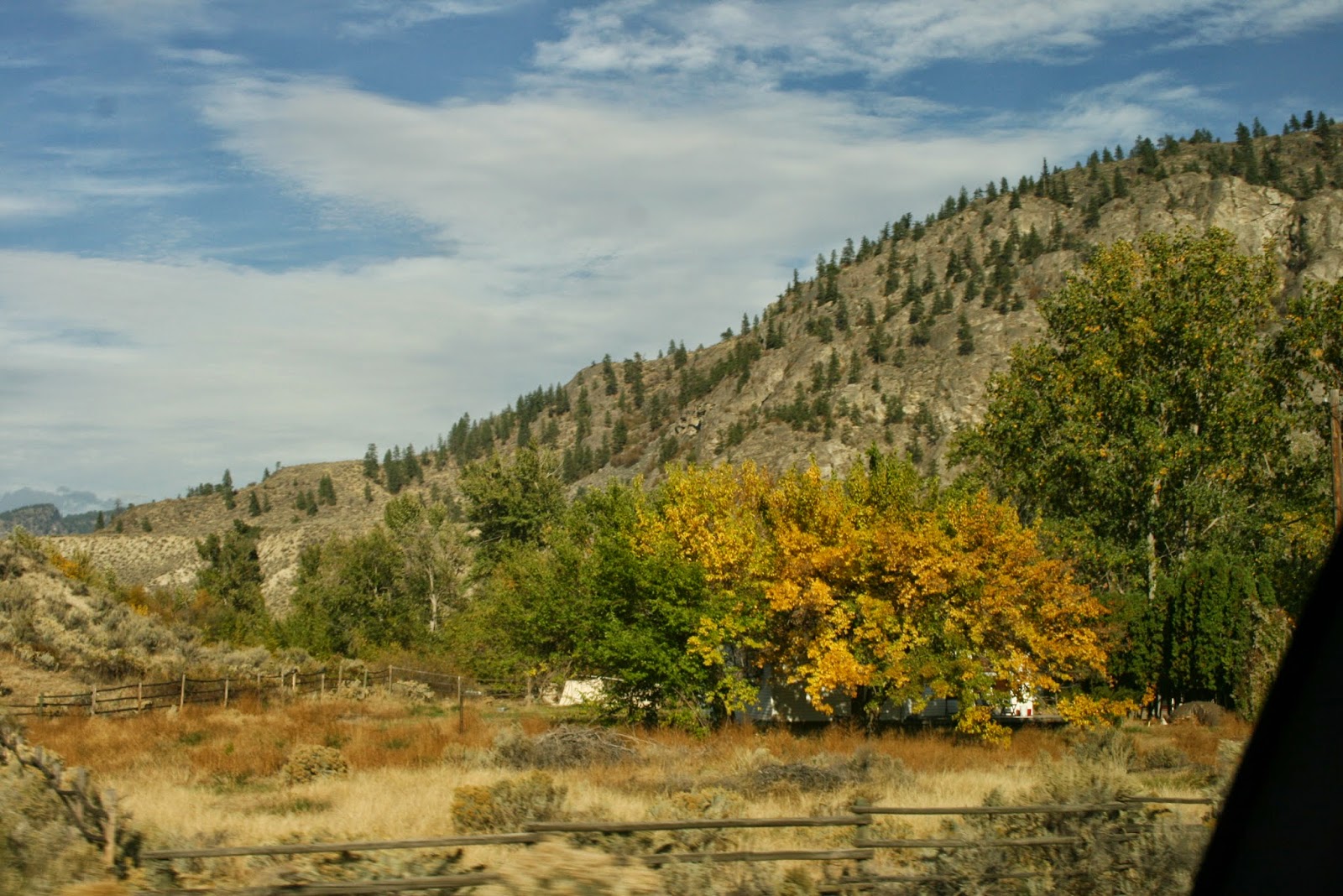 and the typical sage brush and rocky outcroppings 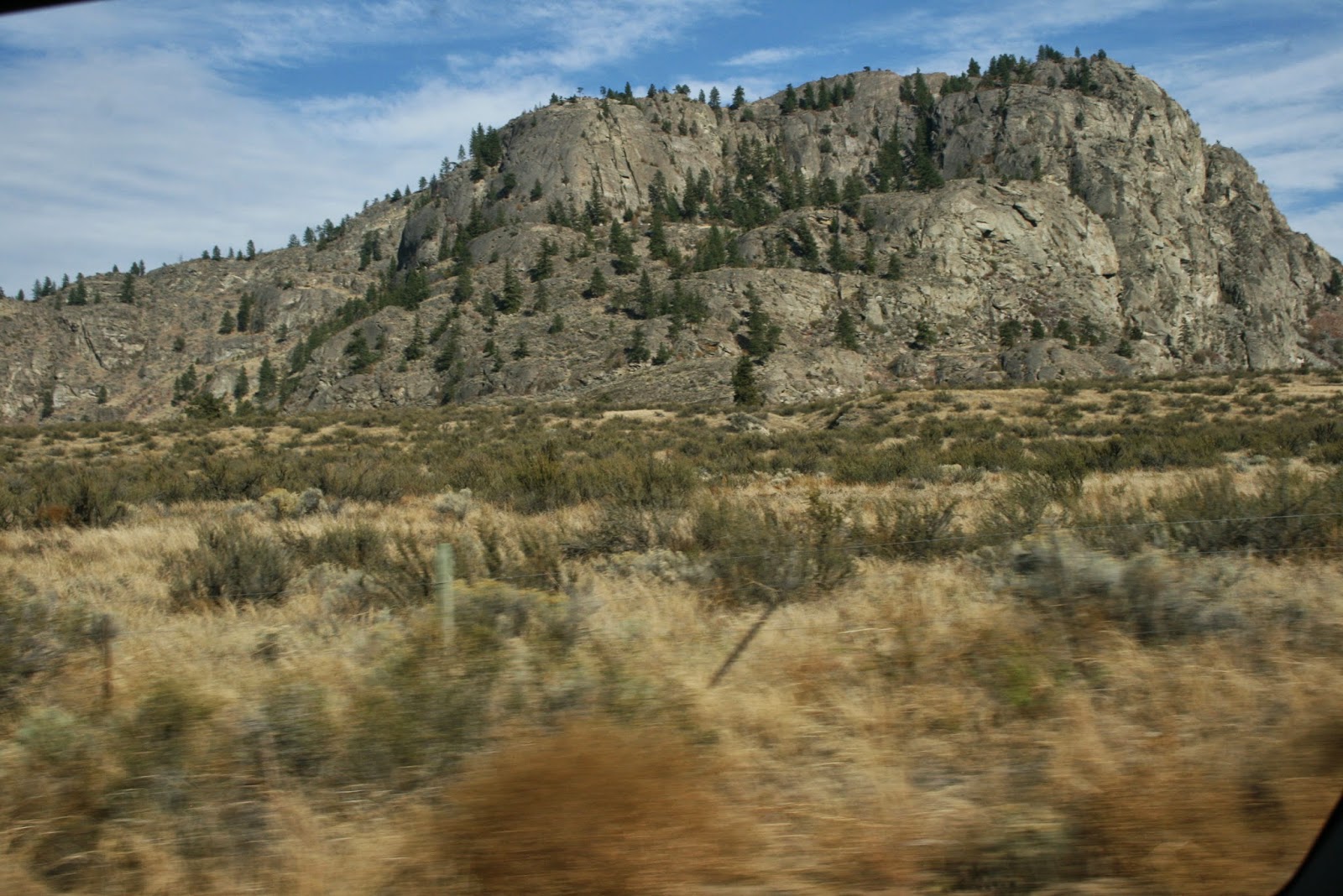 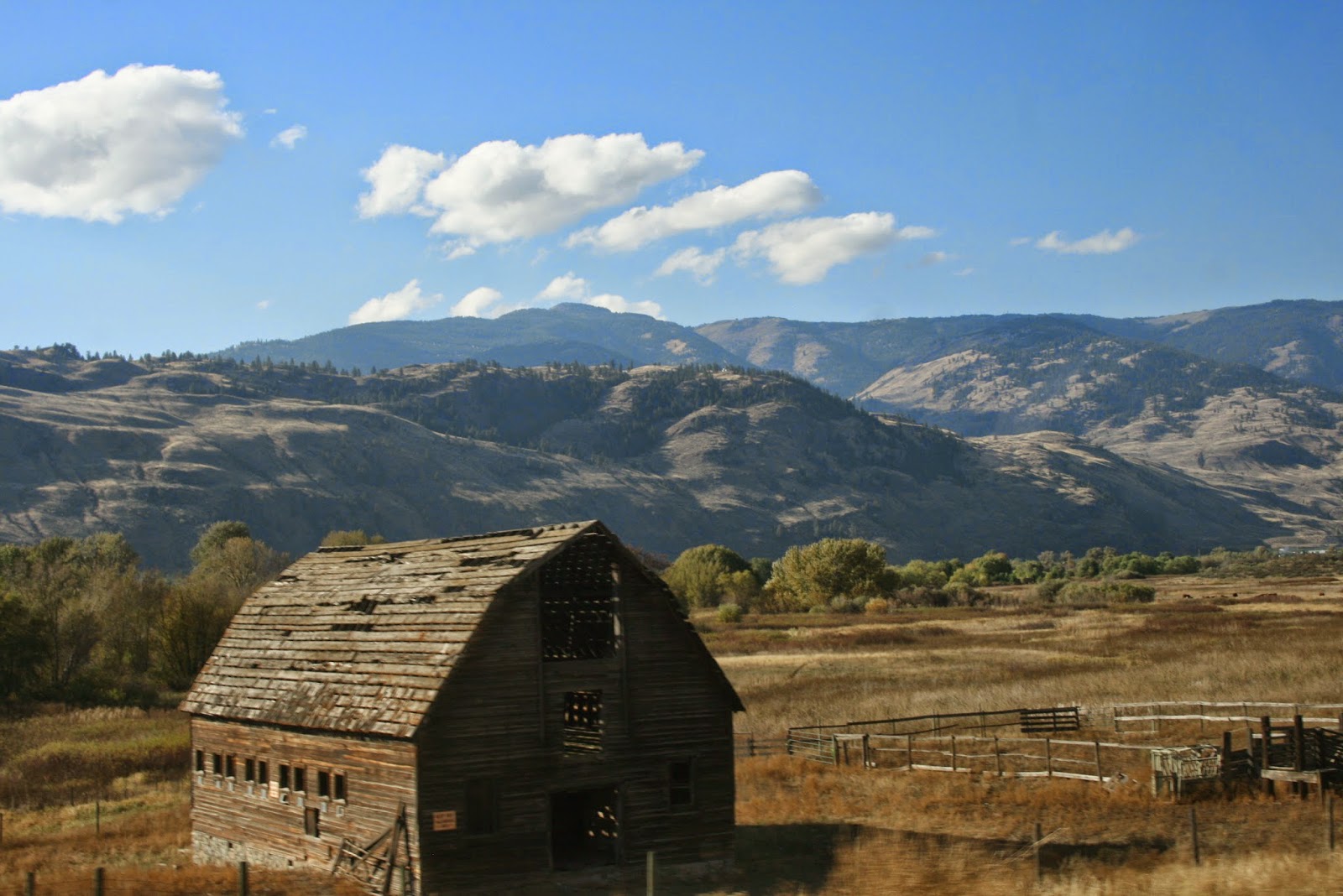 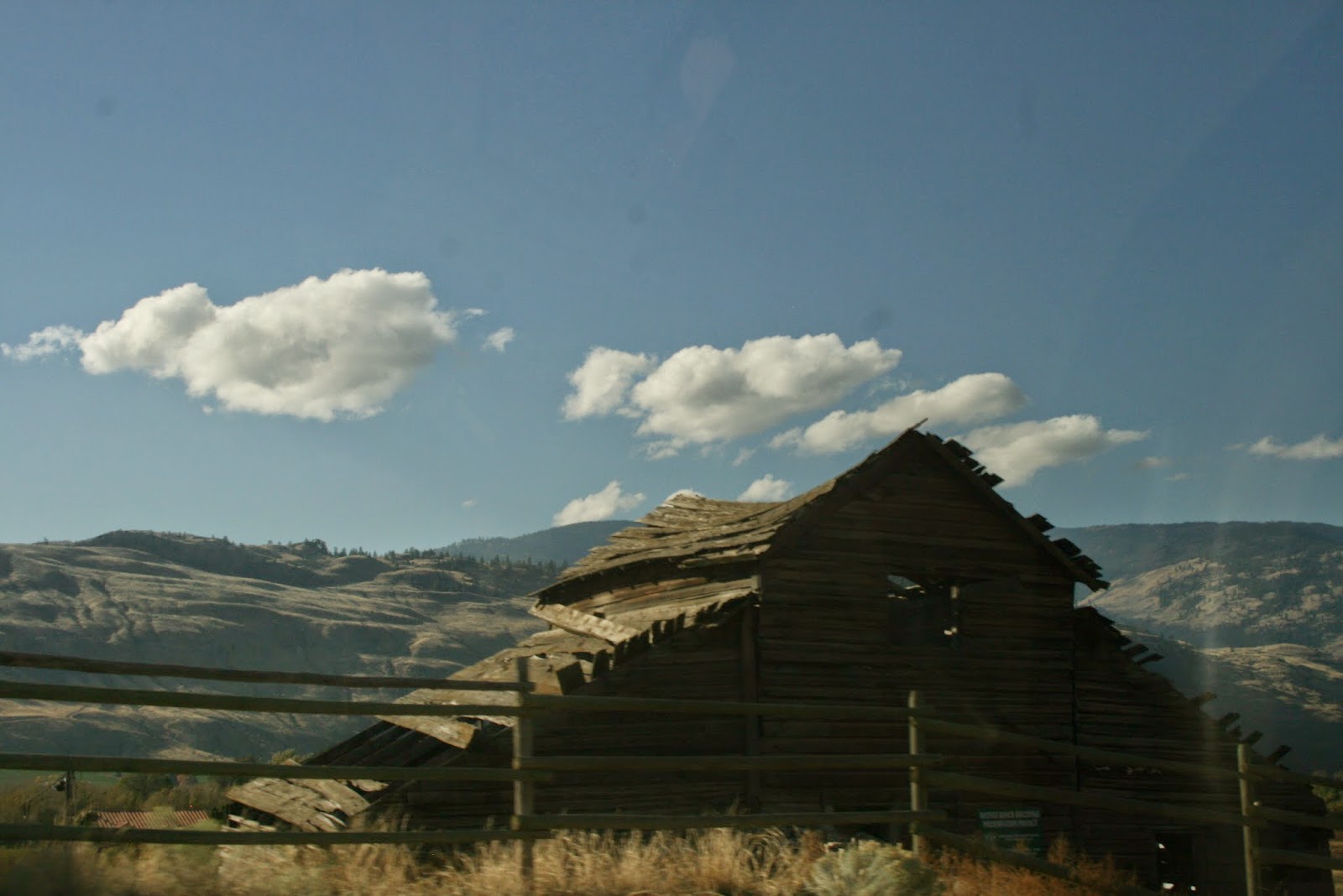 When we come to the vineyards the grapes hang heavy on the vines - a vintage
growing year with plenty of sunshine and hot weather to sweeten
the fruit. 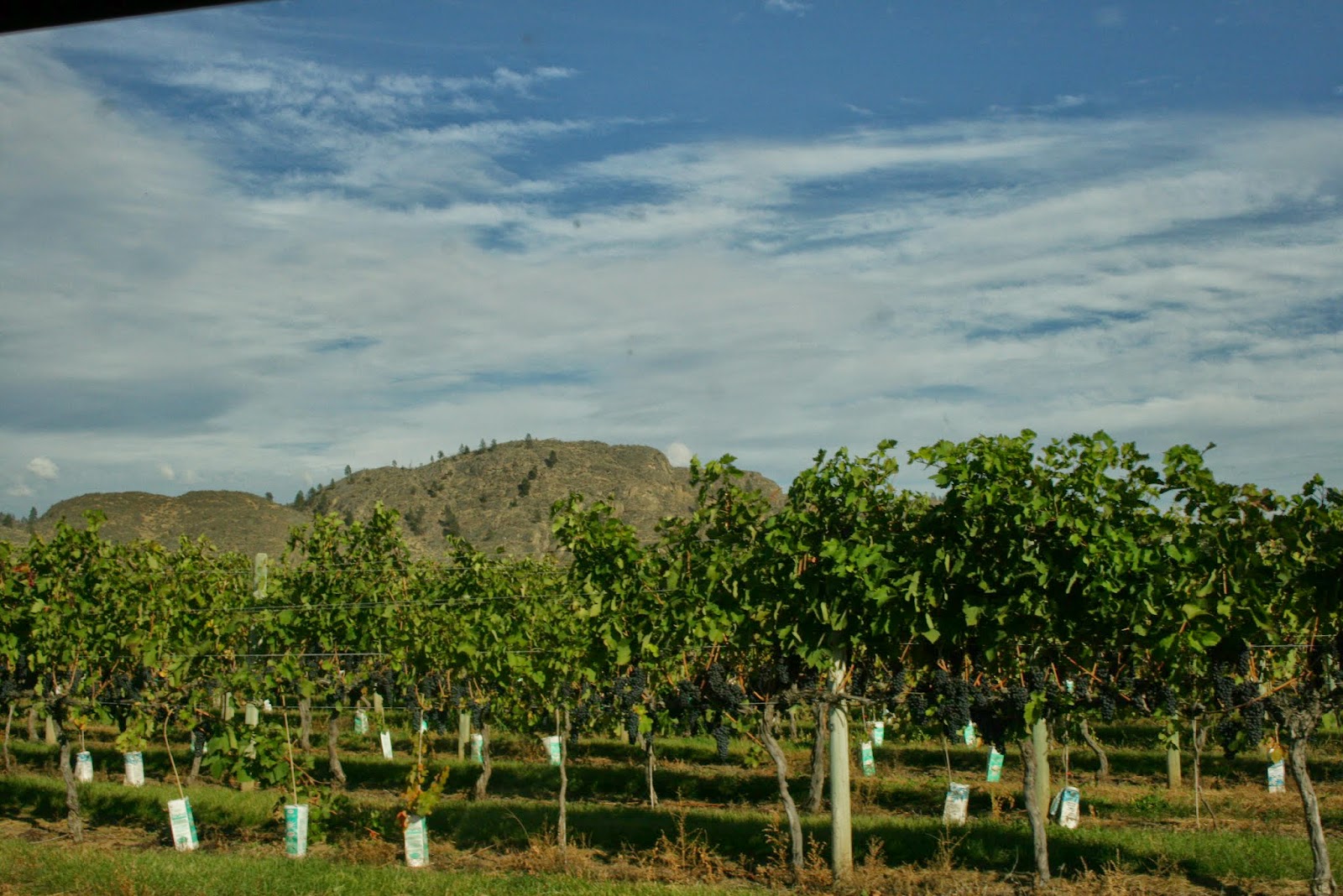 The wineries spring up all around us, and we make a note to come back at tasting time! 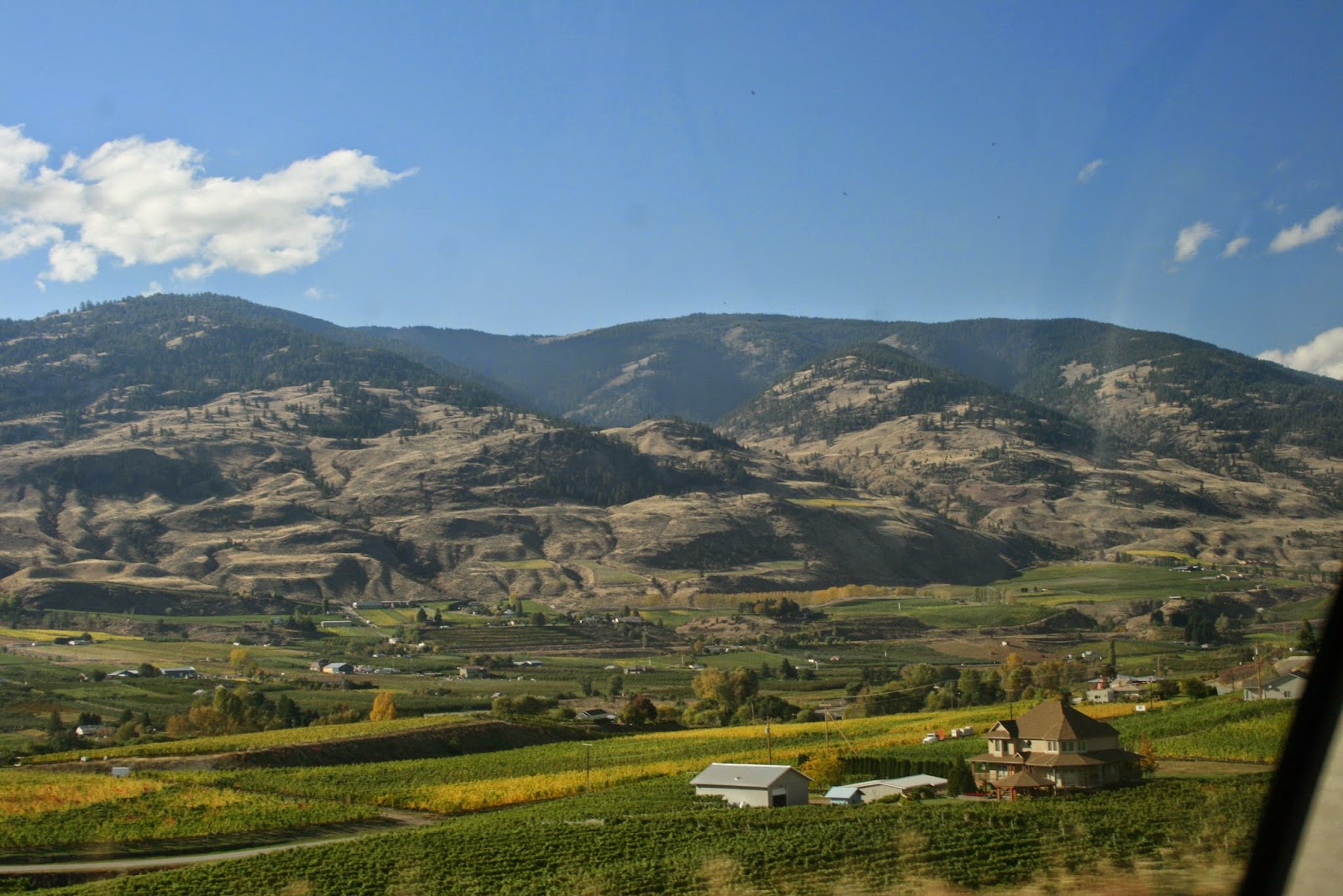 We stop in Oliver to shop a bit, and then continue northward, turning off at Covert Farms
to follow the Willowdale Road leading to the Yellow Lake Pass. 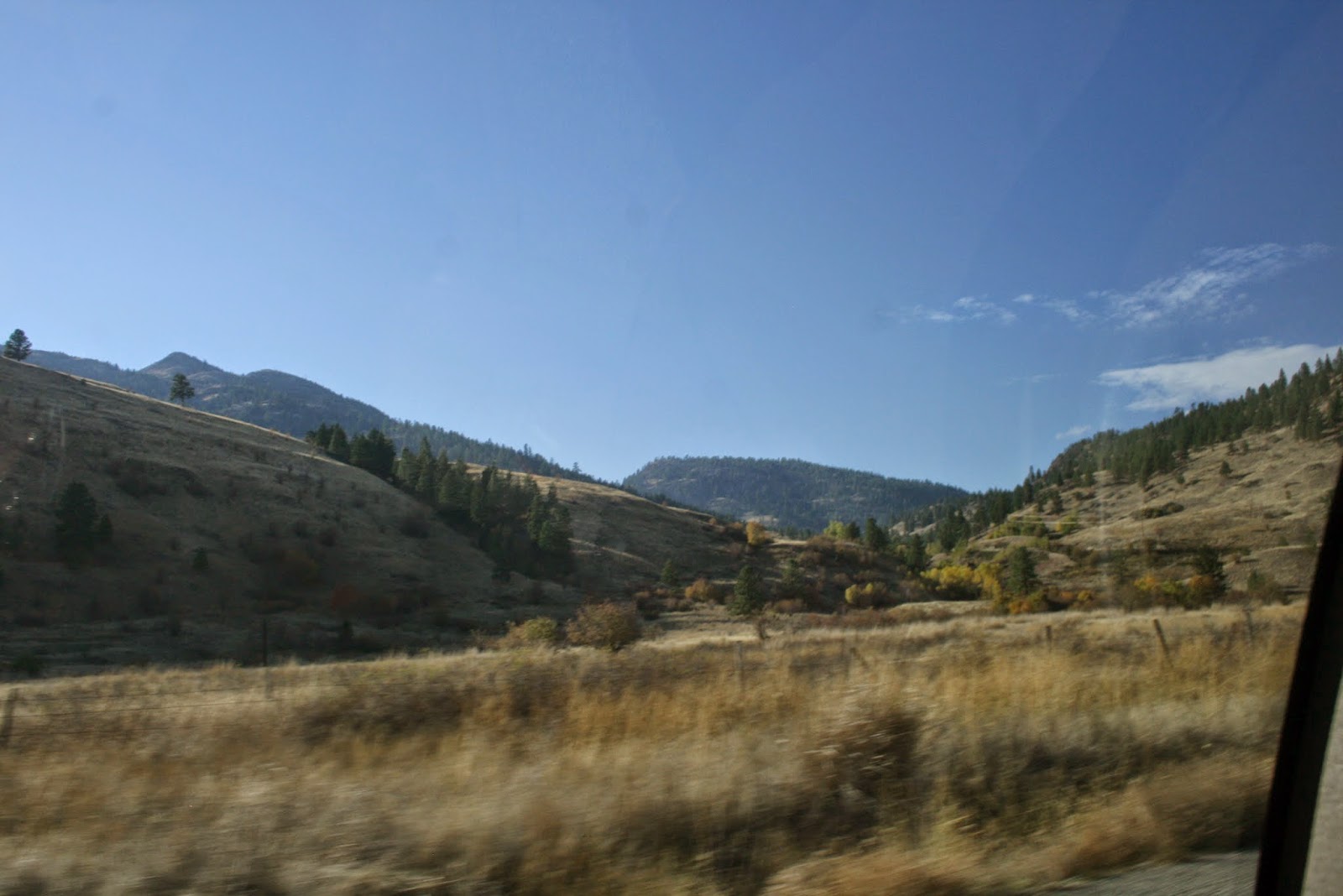 Past White Lake, and the White Lake Observatory that hides behind the little outcropping
on the right.  I note the fence post where in the spring I heard the first meadowlark!! 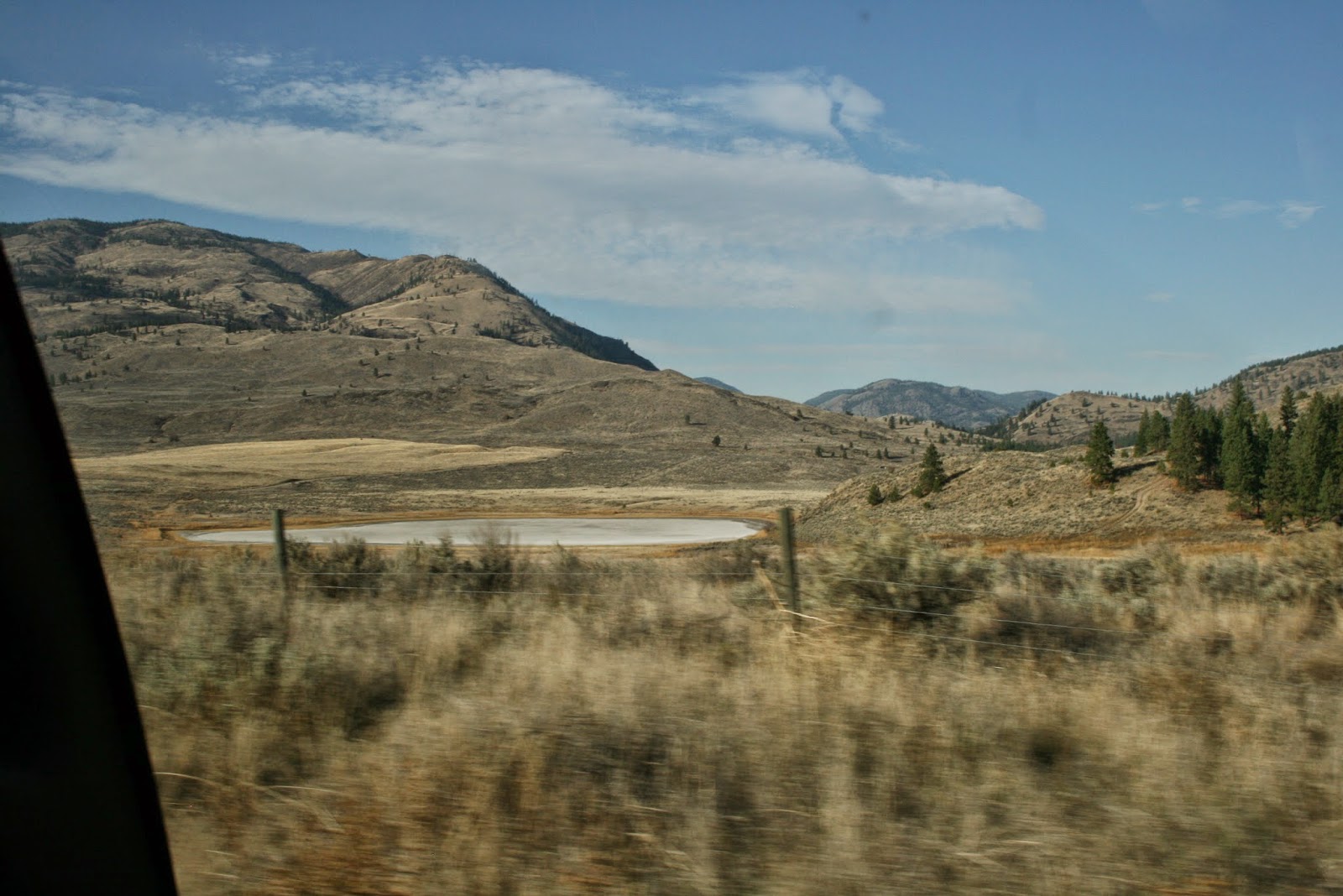 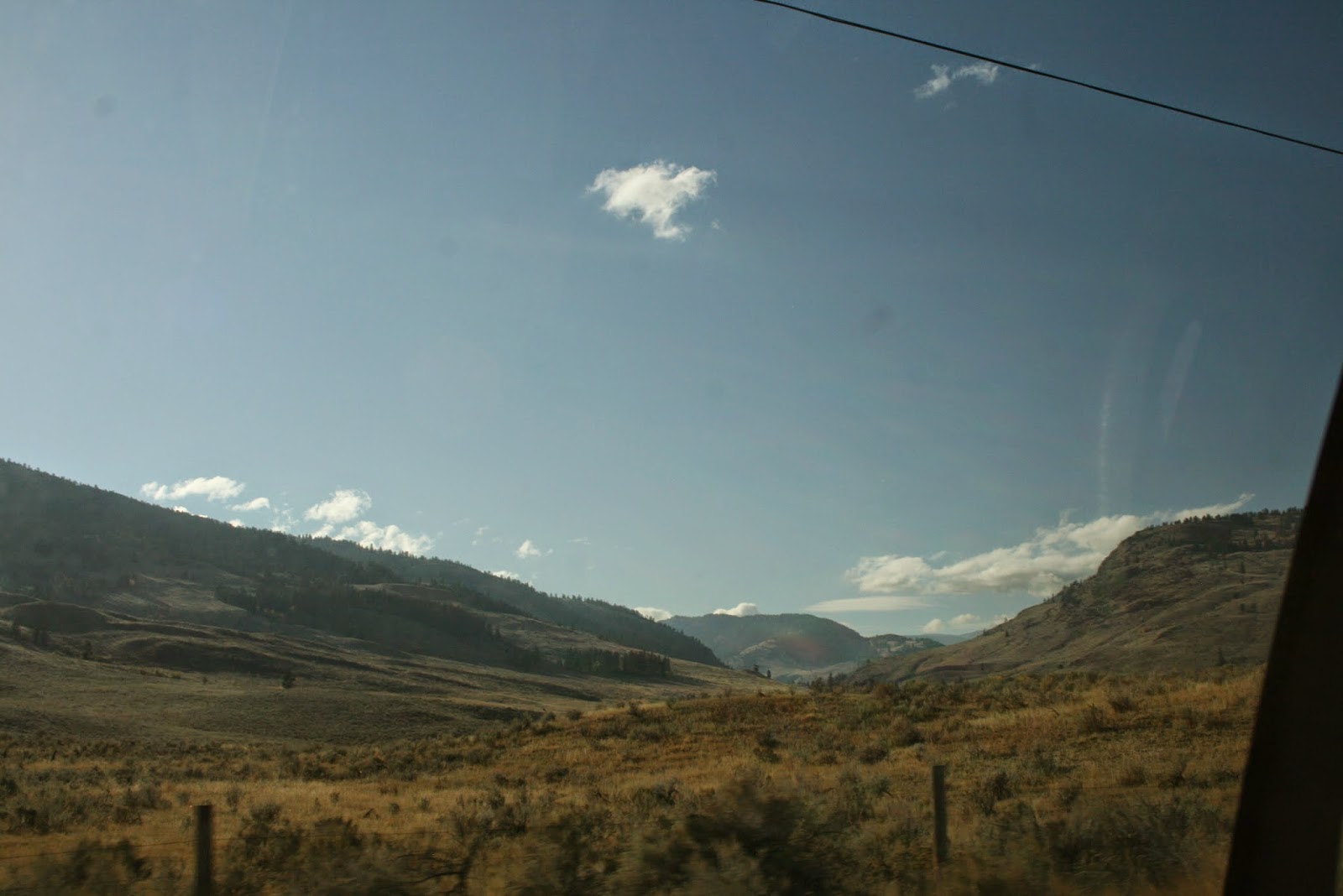 This lovely valley is gaining more inhabitants, - small farmers with small  livestock
and birds.  I look up the valley that cuts off to the west and remember
cross country skiing with friends, through to the old ranch and barns that
Charles recalled visiting with his parents in Depression days
when the pioneer settlers struggled to survive. 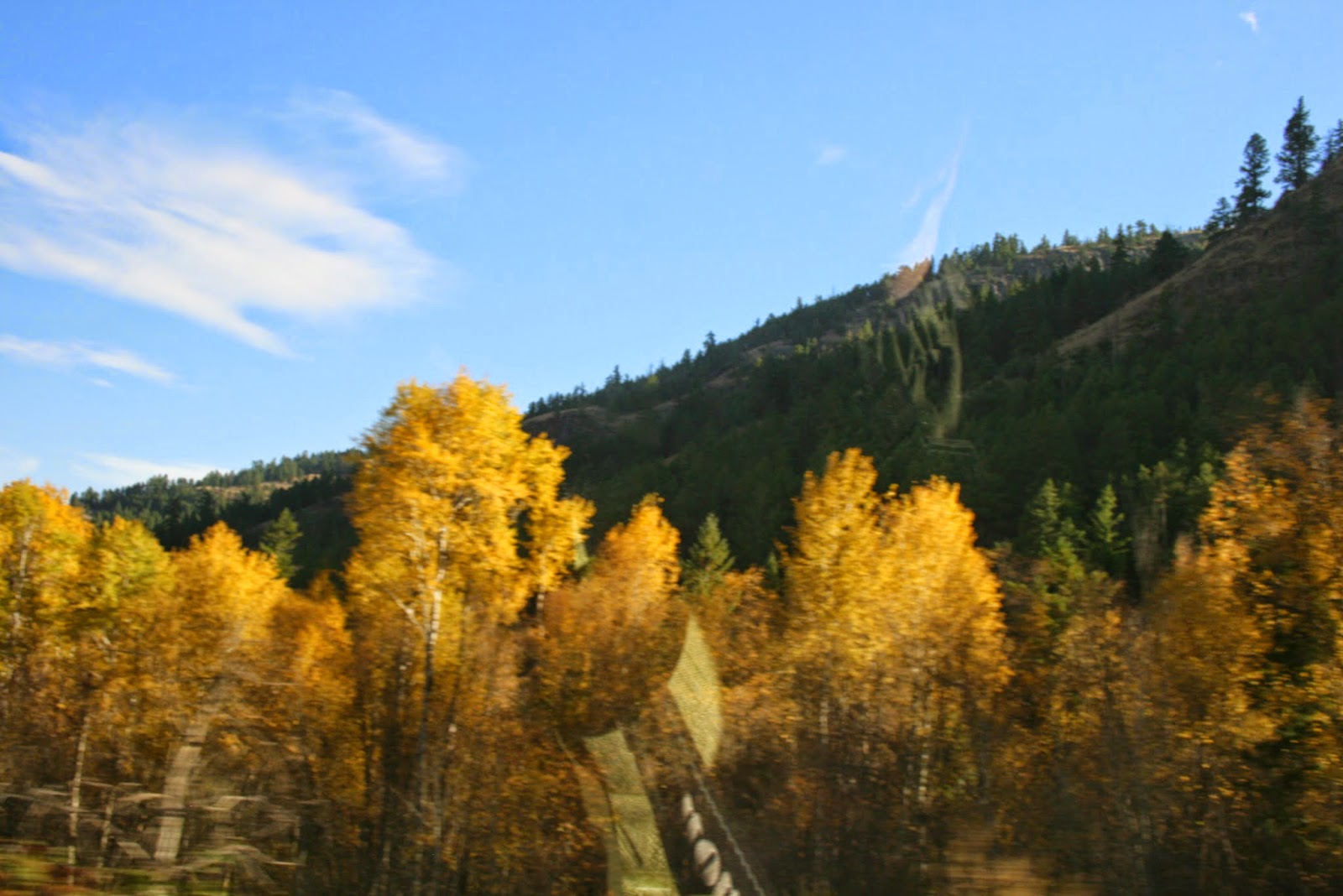 We arrive at Twin Lakes and the Golf Course where we spent so many happy
and frustrating hours! 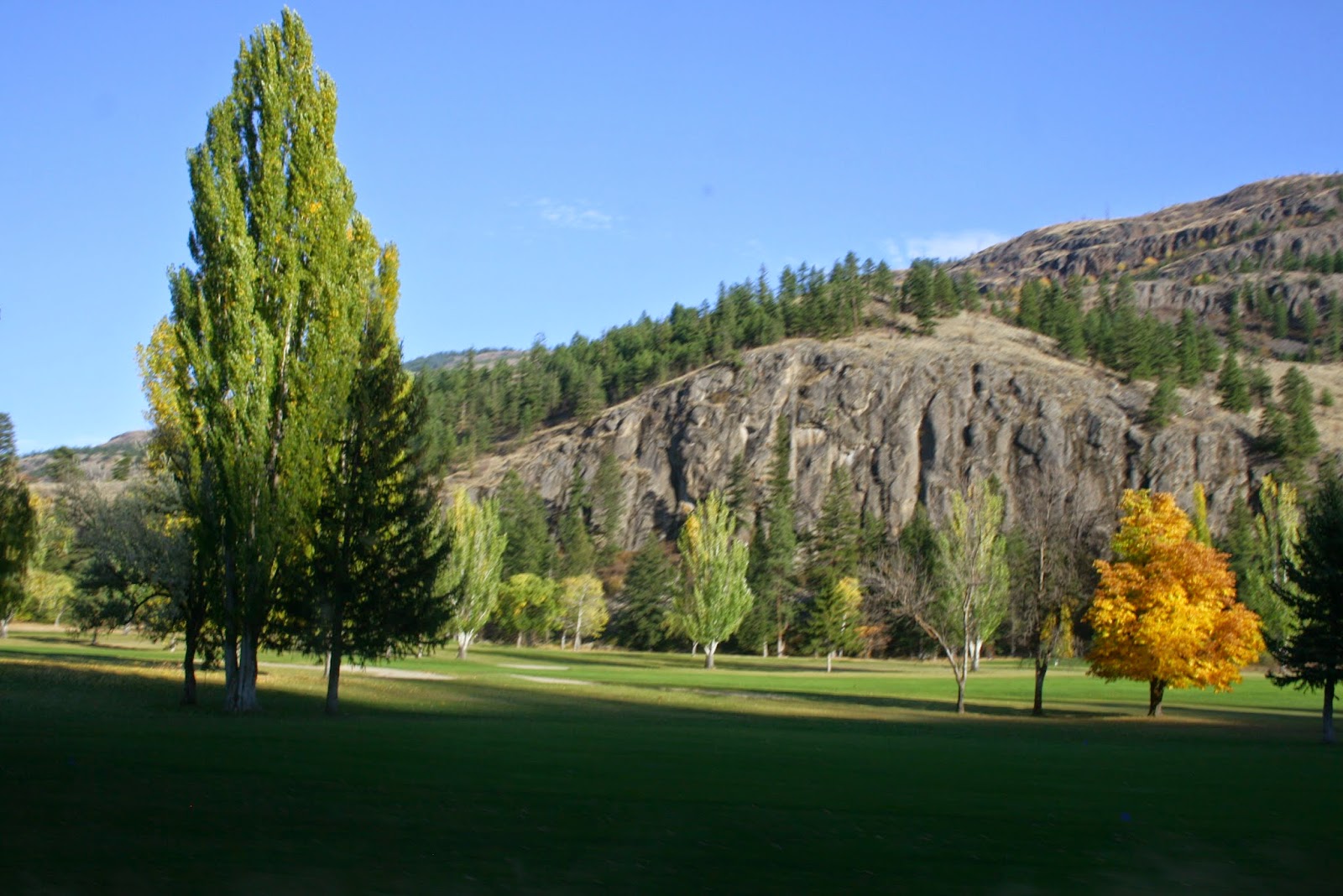 Soon we are back on the Highway that leads home.... 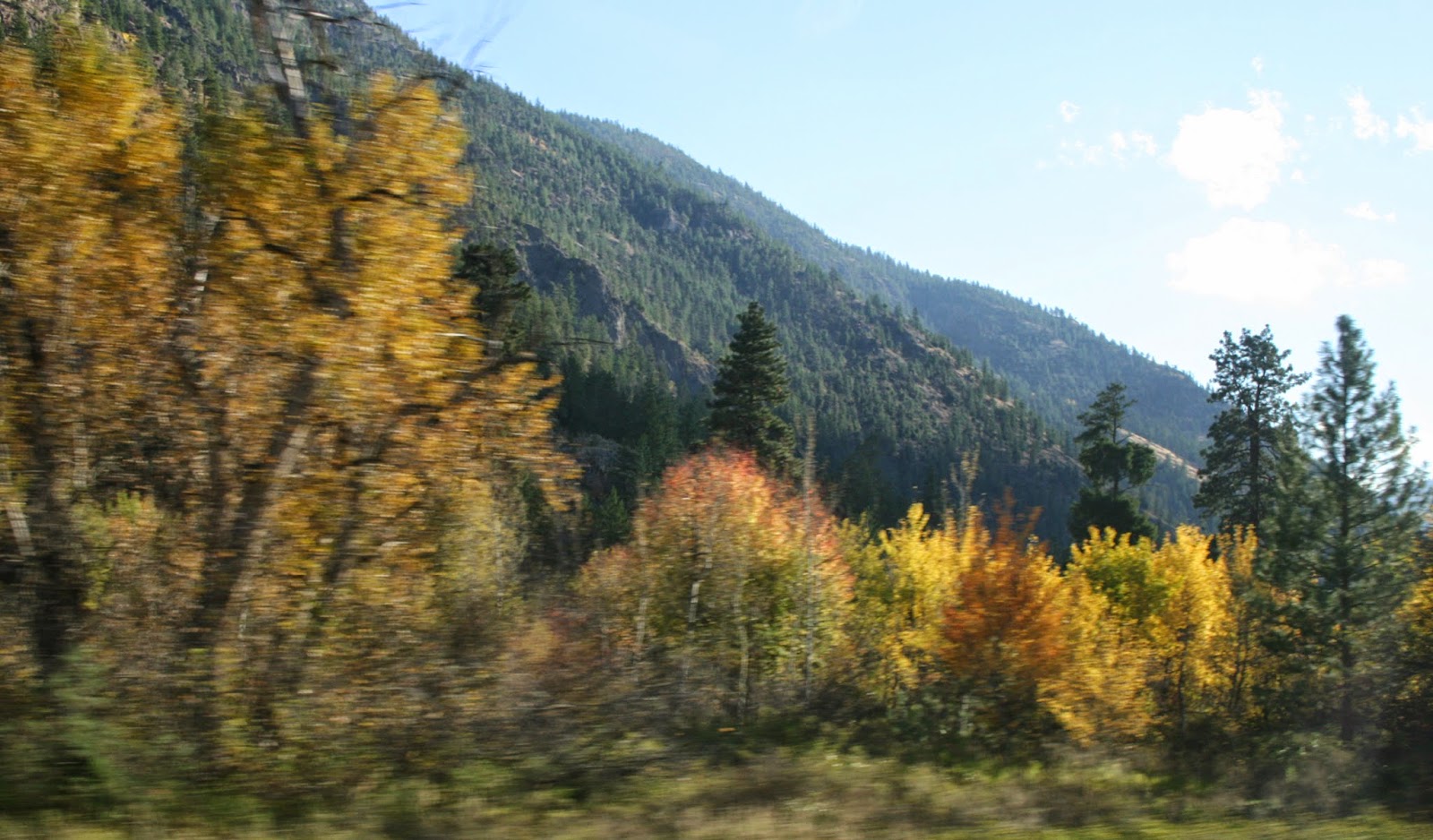 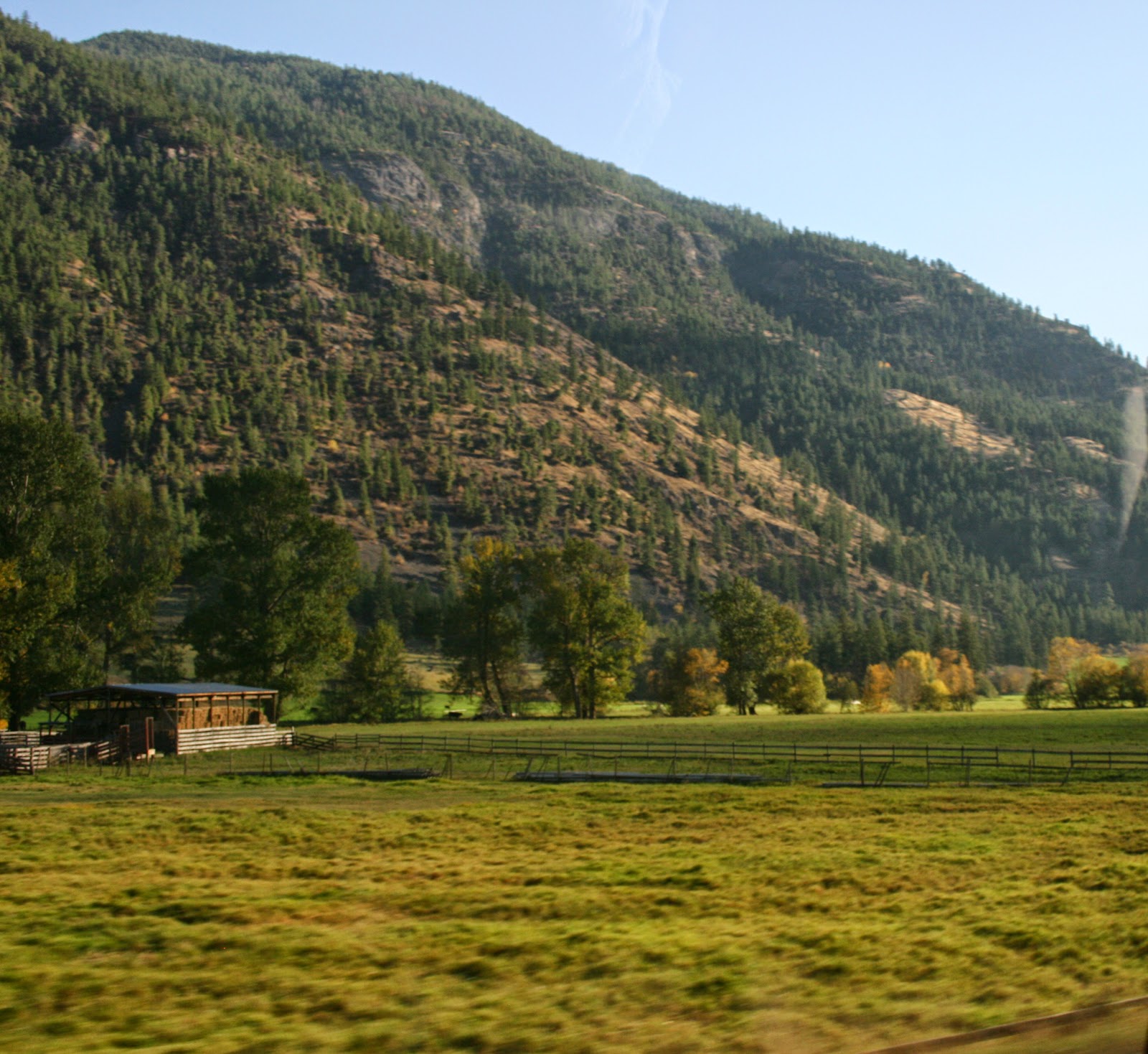 As we near Keremeos I sigh a little, and think what an absolutely perfect
afternoon it has been, - good friends, lovely country, sunshine and
gorgeous October skies.  Life continues to be good!

A Precious Plethora of Ps

Yes, what a precious plethora of Ps presented when I went searching for fruits and vegetables that begin with this Plentiful letter. Parsnips and Parsley and Peas and Pumpkin and Potatoes on the Practical side, and for Pure Pleasure the Pear and the Peach, the Plum and the Papaya and the Passion Fruit all Promote good health, - to say nothing of the Pomelo and the Pineapple.....

But in the end I chose to tell you about the Pomegranate, that jewel of autumn fruits 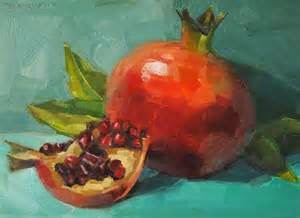 Pomegranates have been cheriched for their exquisite beauty, flavor, color and health benefits for centuries.

They are royalty amongst fruit, symbolic of prosperity and abundance
but their health properties are what make them truly precious.

Rich in antioxidants which help in the prevention of cellular damage,
a common pathway for cancer, heart problems, aging and a variety of diseases,
the Pomegranate has abundant Potassium, folic acid and Vitamin C as well.

Research indicates that Pomegranates may be able to reduce blood pressure,  cholesterol build up
and even slow down prostate cancer.

It is said that they contain three times more antioxidants than red wine or green tea.

The name "pomegranate" derives from the Middle French "pomme garnete", or seeded apple
and it is sometimes referred to as a Chinese apple.  Many scholars believe that the
forbidden, yet irresistible, fruit in which Eve indulged in the Garden of Eden was actually a pomegranate,
not an apple. 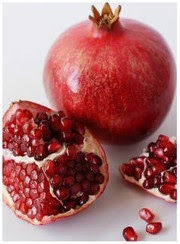 Here is a nice little recipe for Grenadine, a syrup flavoured
with pomegranates that may or may not contain alcohol.

Separate the pomegranate seeds from the membranes and skin of approximately two pounds of the fruit.

In a heavy saucepan cover pomegranate seeds with one pint of water
and simmer, stirring until juice sacs release their juice, about five minutes.

Pour through a cheesecloth-layered sieve into a bowl, pressing the juice
from the seeds, (which you will then discard - the seeds, I mean)

Measure the strained pomegranate juice and add an equal amount of sugar.
Bring to a boil, reduce heat and simmer for ten to fifteen minutes.

Cool to room temperature and if you feel the colour of the juice is not to your liking
add food colouring.

Pour it into a decorative stoppered bottle, and voila -
a wonderful grenadine syrup in children's drinks, or in alcoholic cocktails, desserts, marinades
and other general recipes.

For more interesting Ps visit here at ABC Wednesday,
with Plenty of thanks to Roger and Denise and Proficient helpers.