To brighten up the despondent skies of January. 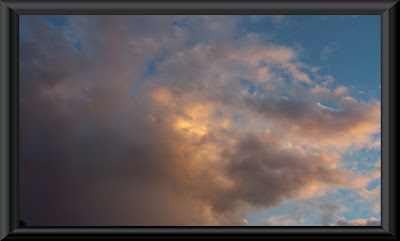 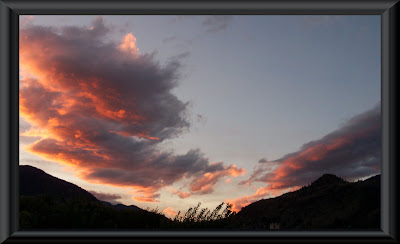 Here be more pictures of the skies of the world to bring you awe and pleasure.
Posted by Hildred at 7:34 AM 21 comments:

On Wednesday Charles goes singing, and I am 'home-alone' for maybe three hours. I think about that little space of time quite earnestly, and wonder how I will spend it.

Do some cleaning? / Play some music? / Read a book? / Bake something yummy?

Last night our oldest son, (the one who plays the piano in a way I wish I could), sent me a link to a wonderful Horowitz YouTube performance of the first movement of Mozart's Sonata in C Major K330. The original performance was in Moscow in 1986 when he was 83 years old. It was so profoundly beautiful, and I went on to listen to the 2nd movement, during which the audience was shown to be as quietly enthralled as I was.

I decided I would spend my time alone with Charles' magical machine that he uses to transfer old tapes of interviews with pioneers and peers to spanking new CD's. And so I did, - the task took me along into the afternoon and I ended by ripping Horowitz's Last Recording on to my own computer, rescuing it from a shady spot on the bottom shelf that holds CD's. some of which get quite forgotten.

I had never seen Horowitz play and was impressed with his technique, - the restraint and control which yet produced emotion and drama and a 'speaking quality', as if his music was a mirror of the way he lived his life. (I read that somewhere) 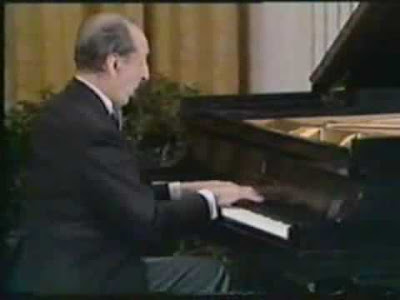 It is said that "Horowitz's hand position was unusual in that the palm was often below the level of the key surface. He frequently played chords with straight fingers, and the little finger of his right hand was often curled up until it needed to play a note; to Harold C. Schonberg, “it was like a strike of a cobra.” For all the aural excitement of his playing, Horowitz rarely raised his hands higher than the piano's fallboard. His body was immobile, and his face seldom reflected anything other than intense concentration. Horowitz preferred performing on Sunday afternoons, as he felt the audience would be more well rested and attentive than during a weekday evening".

Have a listen, - I think the music is truly beautiful and captures one completely!

There, wasn't that splendid!
Posted by Hildred at 1:32 PM 4 comments:

B is for Blue Skies 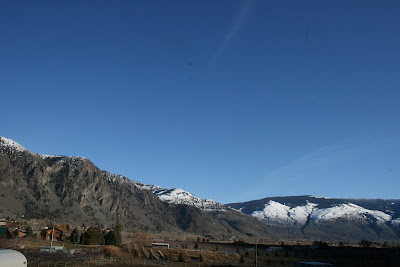 This is quite a Beautiful rendition of Irving Berlin's Blue skies, - well worth listening to, I Believe.

And B is for Bluebirds, sitting on your shoulder, on the wing, or out by a little puddle..... 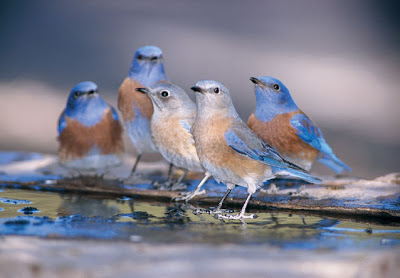 Both symbols of Bright cheer - marvelous antidotes for the January BLAHS
Posted by Hildred at 7:26 AM 11 comments: