Chemainus, the Little Town that Could - and Did

ABC Wedesday
The letter is C

Cis for Chemainus (the little town that could, and did)


Chemainus is a truly charming town, located in the Vancouver Island Region of British Columbia.

It is noted for its creative community that evolved when the town was faced with economic disaster in the early 1980s.  A 'one-employer' town, when the possible closure of the mill threatened it faced the prospect of becoming B.C.'s next 'ghost town'.

However, the B.C. Government of the time developed initiative grants to towns who badly needed revitalization projects, and the Mayor of Chemainus was young, enthusiastic and forward-thinking, and immediately jumped at the chance to save the town.  He proposed a concept that would transform  the town and put it  'on stage' by the development of a mural project depicting the history of Chemaius from the First Nations and early pioneers.  The project continues to innovate through trompe-l'oeil, sculpture, 3D/audio and other advanced technologies.  There are at present forty-four murals throughout the town. 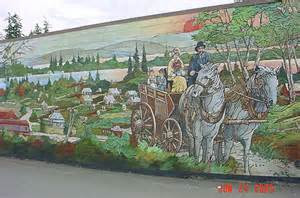 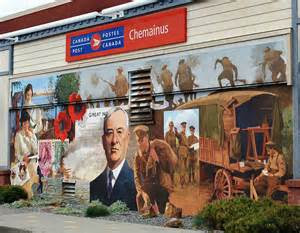 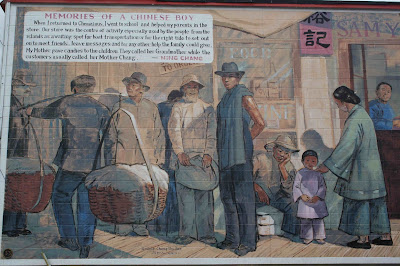 Since the first murals appeared in 1983 Chemainus has become a shopping, dining and theatre getaway.  A most hospitable town made economically viable through its enthusiasm to please and entertain visitors.

The Chemainus Visitor Centre has an official Souvenir Mural Map which assists visitors in touring the murals on foot, (following the yellow footprints painted on the sidewalk) or in an old fashioned, horse-drawn carriage with a narrated guide. 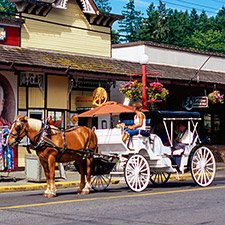 There are opportunities for outdoor adventures, - probably the most renowned being the sinking of a 747 airplane to be explored on diving expeditions.  Details here. 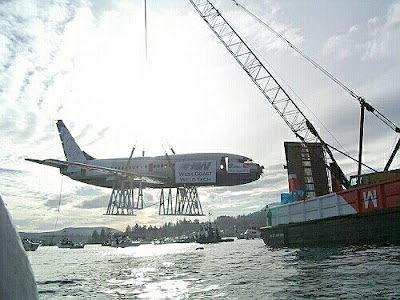 How to get to Chemainus?? 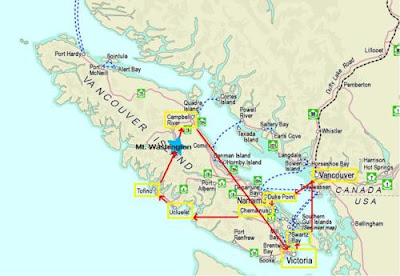 Just another of British Columbia's courageous towns, surviving through adversity!

For more C stories visit here at ABC Wednesday, with thanks to Roger
and Denise and their little cooperative of helpers.
Posted by Hildred at 10:41 AM 12 comments: