Z is for Zest

The letter is Z and the word is Zest


ZEST is one of the twenty-four strengths possessed by humanity -
a component of the virtue of courage.
ZEST is defined as living with a sense of excitement, anticipation and energy and involves acquiring the motivation to complete challenging tasks and cope with challenging situations.
ZEST is approaching life as an Adventure.
I have been familiar with Zest all my life, but haven't seen much of him in the last year or so.
I would like to become intimate again, -
if you see Zest, please send him my way!!!! 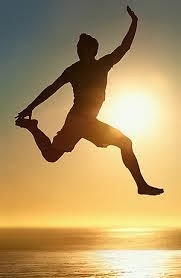 Here we are at the end of the alphabet, -
who has the Zest to continue this great meme and start again at A, with thanks to Denise and Roger and all Zesty helpers!  Click here for more ZZZs
Posted by Hildred at 8:25 AM 13 comments:

What's at my elbow

The Library has re-opened its doors, and all the stash that I brought home before Christmas to read and to watch during long winter evenings is due to be returned on Tuesday!  Or renewed if I can't bear to part unread or unwatched.......

That will apply to the books by Bruce Chatwin, - the current one I am reading (Songlines) being so tempting I daren't sit near it when I have other things that must be done.  I am reading it on recommendation from one of my sons who has recently immersed himself in Chatwin, and because of remembrance of the only other Chatwin I have read, many years ago, -"Utz" a novel of a man's passion for a collection of Meissen porcelain.

The Boston Globe reviewer calls this book 'a blend of travelogue, memoir, history, philosophy, science, meditation and commonplace book' and truly, it does contain all these ingredients, told in a  wry and intellectually wondrous way.  Chatwin compares the Aboriginal Songlines of Australia to the first two chapters of Genesis which describe the seven days of creation, - whereas the Australian Aboriginal culture believes the earth to be "sung" into existence, and the continent to be covered with a web of Dreaming Tracks.

The Ancients " sang their way all over the world.  They sang the rivers and ranges, salt-pans and sand dunes.  They hunted, ate, made love, danced, killed;  wherever their tracks led they left a trail of music.  They wrapped the whole world in a web of song;" 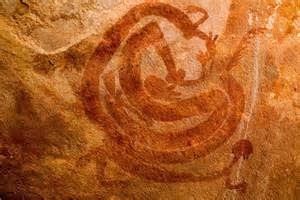 The Songlines of Australia

I am just now starting to read the second part of the book, which is entitled 'From the Notebooks" and as it begins it considers the appeal of the wanderers of the world, and their exhilarating contributions to our culture.  As a stay-at-home lady it opens my eyes!

"There is nothing better than a change of air in this malady {melancholia} than to wander up and down, as those Tartai Zalmohenses that live in hordes, and take the opportunity of times, places, seasons."  The Anatomy of Melancholy

"You cannot travel on the path before you have become the Path itself".   Gautama Buddha

"The Wayless Way, where the Sons of God lose themselves and, at the same time, find themselves".  Meister Eckhart

ahh - in the spring I will start walking, but the roads are too icy right now!!!

On my Kobo I have 'The God of Dirt - Mary Oliver and the Other Book of God' by Thomas W. Mann, a United Church minister who has been well indoctrinated with Emerging Church theology (?).  The book is a review of the poetry of Mary Oliver and a rather desperate attempt (well, I feel it is rather a desperate attempt, anyway) to gain support from the wonderful awareness of the poet and her poetry to bolster the Ecological aspects of the Emerging Church.  I guess I am of the 'everything in moderation' school .......