And all the moments in between

Have bound you to my heart poltreen****** 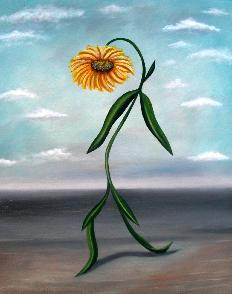 After dark, when all the mystery happens, I put away my daily persona and with a touch of the magical mouse I turn into a wanderer of the night, - a Nomad in Blogland. An enchanting country where I find the most charming illusions, the most captivating word pictures and the most imaginative and creative stories.

My world expands as the magic mouse leads me down the lists of Spectacular Blogs, and a click of his little left ear takes me into posts of such beauty and detailed description that I turn crimson with pleasure and green with envy.

I am intriqued with my journeys to different lands, to the writings of different generations, to the appealing way certain writers have of interpreting the world of their imagination. And the marvelously commonplace words that invite you to share the smallest of details in their lives. I am sometimes absorbed in the knowledge they impart, and sometimes buoyed by the light-hearted and humourous posts. And the pictures! There, - look at that wonderful composition, see the brightness, the mysterious, the prosaic, the pastoral, the sea, the sky, the rocks, the hills, the architecture, the land, the flowers and the trees, - and the beautiful faces.

It is mesmerizing to be moved a world away to a farm, a stream, a village or a city, - to find oneself absorbed in the intimate atmosphere of a family, and to be enchanted by so many diverse ways of living, of thinking, of place and of language.

For the 'ancients' it is an incredible place to be, and the technology that joins the world together so awesome as to be almost unbelievable.

I give great thanks that I have lived so long that I am able to make these fascinating journeys, and I come back to bedtime with a smile on my face and great satisfaction in my heart. As well as a comforting realization that the more things change the more they remain the same, - and that in the very depths of it all there is a bond that holds us all together in kindness and generosity and a wonderful spirit of acceptance.
Posted by Hildred at 8:33 PM 3 comments:

I was buoyed when I read an article by Kevin Libin in the February 6th issue of the National Post. If anything is capable of buoying one in these days when we are bombarded on all sides with news of calamity and rhetorical disaster.

Kevin Libin, in an article in The National Post entitled Making the Worst of It injects a voice of reason and encouragement into this daily drama of economic catastrophe.

He quotes Amos Kiewe, a professor specializing in presidential rhetoric at Syracuse University. "I wish they would induce more confidence".. Indeed, the media and politicians have much to answer for as they promote a hysterical response to present day economic problems.

Libin points out that "these times are not 'unprecedented'. This is not unlike anything we've seen. Serious economists do not call this a 'depression,' or predict a return to bread lines, work camps and street urchins peddling apples on the streets."

Unemployment rates in the U.S. are expected to peak "somewhere shy of 9%, jobless rates won't match the nearly 11% reached in 1981/82, let alone the peak of 25% during the Depression". What we have here is a rather bad recession, - but certainly more in line with 1975, 1981/82 and the early 1990's. The future of this recession bears little resemblance to the Great Depression of the 1930's, and when politicians and newspapers and TV heads shriek disaster and desolation it is wise to keep the statistics relevant.

It's always a mistake to do the ostrich routine, and hide one's head in the sand, but on the other hand when hard times strike it is fatal to collapse and wait for the catastrophe to rush over one.

Confidence, if not a miracle worker, can set a country on the right track. Libin cites a nationwide fireside chat that President Franklin Delano Roosevelt made in 1933, when America's banking system was on the brink of collapse and a fifth of the country's financial institutions were out of business, - when people had started a run on the remaining banks' cash, preferring a bird in the hand to one in what they perceived to be an unsafe bush in the banks.

"Roosevelt, having ordered the banks closed, spoke to a rattled and frightened nation.....he explained the basics of how banks worked, why they needed cash deposits, why most remained sturdy and the plan to gradually reopen them.

He concluded "You people must have faith, you must not be stampeded by rumours or guesses. Let us unite in banishing fear. We have provided the machinery to restore our financial system, and it is up to you to support and make it work. Together we cannot fail.

When the first banks began to reopen the following day, thousands of clients were lined up outside, ready to redeposit their money. America was soothed."


I am dismayed that the world has, unconsciously, become so materialistic. And I think about the 'simple' life and the virtues and peace it brings with it. What we need is basic food and shelter. What we have in addition are the safety nets of Unemployment Insurance and Medicare.

Why do we want so much more? We struggle to obtain luxuries, and call them our 'standard of living' - we put all our energies into accumulating 'things' and are terrified at the thought of doing without them.

The world is too much with us; late and soon,
Getting and spending, we lay waste our powers:
William Wordsworth 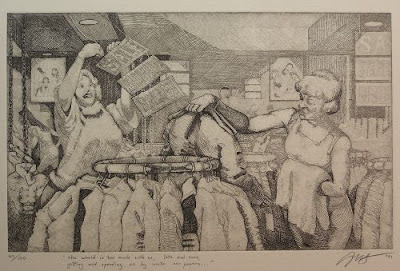 People do live 'marginal' lives quite happily, - even now.

Keven Libin's article did not linger long in the paper. It did not inspire too many comments, - certainly not the comments that bad news and startling statistics engender, - alas!

It is time to strengthen the sinews of our hearts, embrace a ton of confidence, be unafraid, live prudently, but not miserly, enjoy small pleasures, be happy... and remember that Roosevelt, in his inaugural address in 1933, also made this statement

"So, first of all, let me assert my firm belief that the only thing we have to fear is fear itself — nameless, unreasoning, unjustified terror which paralyzes needed efforts to convert retreat into advance."