One Hundred Years Gone By.....

The second Battle for Cambrai

Canadian Troops along the road to Cambrai

On the morning of October 11th, 1918 Canadian troops were advancing north-east of CAMBRAI, preparing to resume their clean-up of the siuation at  Iwuy, and in conformity with these plans the 31st Battalion would soon reach Hordain, there to establish a screen of outposts to protect the left flank of the Division

"No sooner had the advance commenced, however, than German artillery observers, watching the lines of infantry as they moved forward, signaled to their batteries, and within a few minutes a devastating barrage had been brought down upon the Canadian formation".

For a time hell was loose among the men of Alberta - as they fell the shells detonated off the trees that covered the Battalions assembly area, and the wounds caused by the flying shell splinters were terrible. *

"....the deafening crash of bursting shells, the rending of riven timber and the continual stammer of the machine guns combined in an inferno of din sufficient to strike terror in the heart of the bravest".

The Battle for Cambrai continued through the day and that evening word was received that the 31st Battalion would be relieved during the night, and thus ended the part played by this particular Battalion in the advance of the Canadian Corps upon Cambrai. (information from 'A History of the 31st Battalion')

*My twenty year old father, a member of the Canadian Expeditionary Force, fell victim in the early hours of the battle to the barrage which resulted in the flying shell splinters and a fracture of his right forearm. 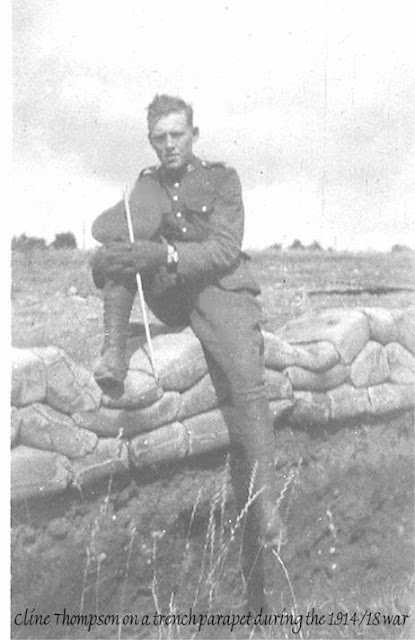 In the dreadful confusion of battle it was some time before he reached the Field Hospital, and the wound there was described in his medical records as "very dirty"...."urgent".

In the end an Osteo infection set in, and he spent over a year in hospitals in France, in England, in eastern Canada and finally in the Col. Belcher hospital in Calgary, his home town.

After this lengthy recuperation he was declared fit and discharged on the 19th of December, 1919 and was able to resume a fairly athletic civilian life. 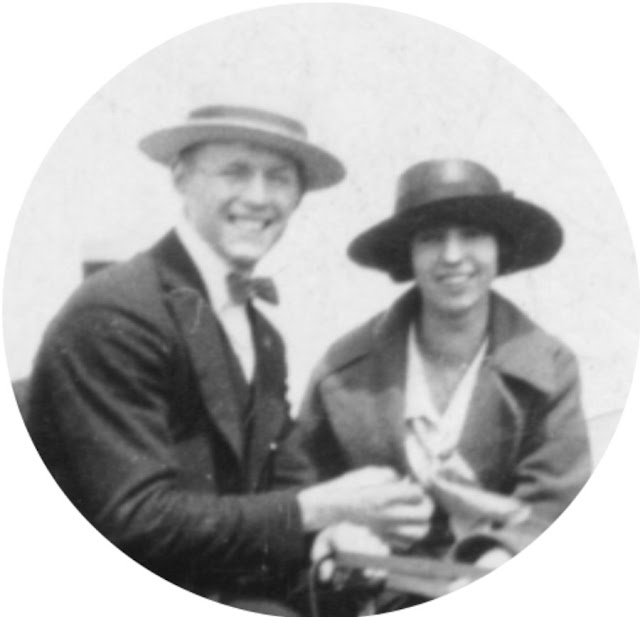 They married, moved to Edmonton and for twenty some years
enjoyed good health and dear friends... a bit of tennis and hockey,
lots of bridge, and a firm foundation in the Anglican Church..

Alas, the Osteo infection which had lain dormant in my father's body
for so many years
came to life, and laid him low for the next two years.

He eventually recovered, but the infection had left him
with  a stiff leg, and he required a cane,
not to swing and be debonair
but just for perambulation!!

My cousin, at that time, was a member of the Medical Corps
in the Canadian Army
and on behalf of my father he set the wheels in motion for a pension
and was eventually successful.

My father received a cheque for seven dollars and some cents
monthly...
from that time until his death.

Ah well, life is such a mixture of happiness and disaster.

I write it in remembrance
so that he will remain alive in the memories
of his grandchildren
and his great-grandchildren,
and perhaps even beyond that!

He was a sweet and gentle man

A wheelbarrow full of compost and two naked looms...

I am so pleased with what I have accomplished in the last few days!!

It is not always so, - sometimes I feel my age and aching bones and spend an afternoon napping and reading. (I should say reading and napping, - that is the sequence!)

But both my floor looms were warped and Sunday I finished a lovely blue, soft, Jagger scarf, - cut it off the Glimakra and after snipping the ends and fixing the errors doused it in the magic of water where all the sweet bits of wool reached out to cling to each other and came out looking like this.... 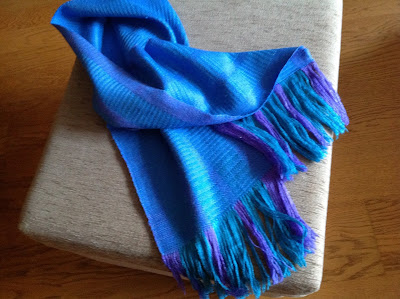 Another Christmas present to keep a loved one cosy....

The wee bit of warp that was left 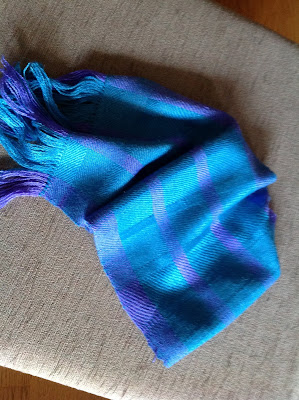 A nice little cover for a small tabletop
and fun to try a new pattern.

Flushed with success, yesterday I spent the afternoon finishing weaving

and in the evening I dipped it in the magical water

morphed into this delightful ruffled scarf! 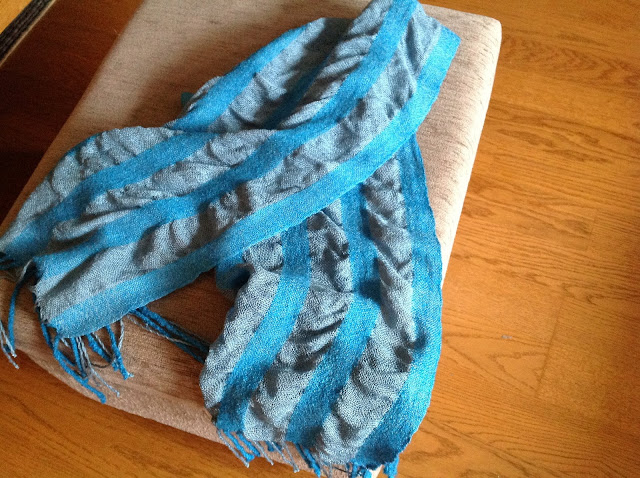 Today I plan to replant bulbs in the wonderful rich compost

our youngest son retrieved for me,

out of the compost bin I so religiously tend..... 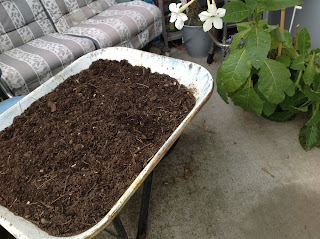 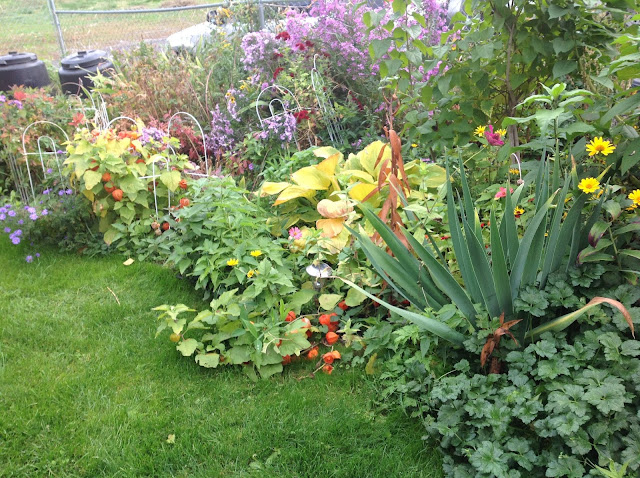 Tomorrow I will wind warp...