Little accomplishments and a sunny day

I have mastered the art of Navaho plying after a great deal of conversation
with my spinning wheel, that through neglect has grown careless about the
way it responds to my loving touch.
I am happy about this, even though I may never use the art.  It bolsters my confidence, which
is not always as strong as it once was!!!  Or am I falling prey to EGO again?????
And I have started to knit a sweet little pair of fingerless gloves
from the resulting pink wool and silk handspun, although I am not quite sure that
my wrist is ready for the twists and turns required to knit.
I have had a friendly tea time visit and a pot of spring bulbs from the
Royal Purple Ladies in honour of said wrist... 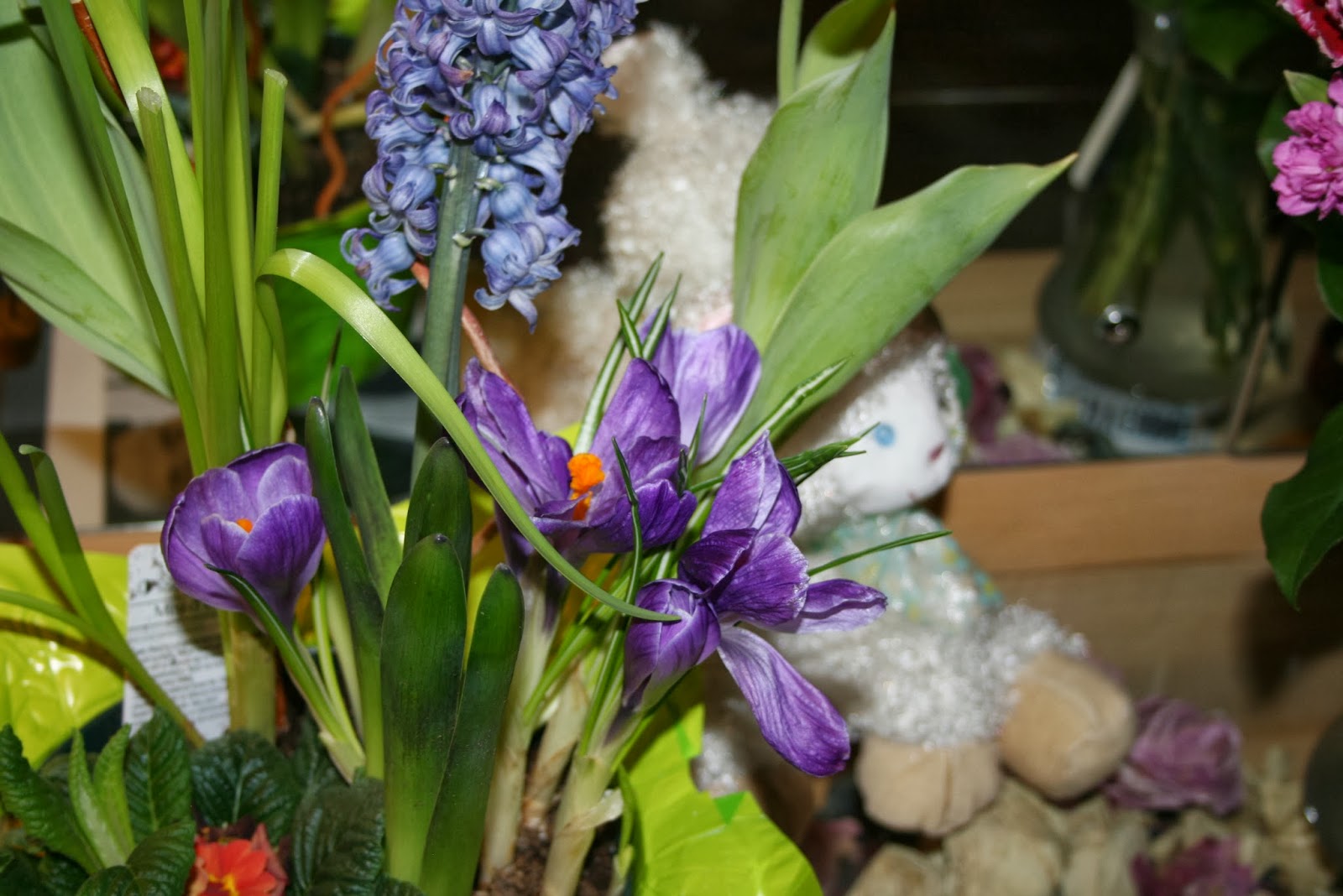 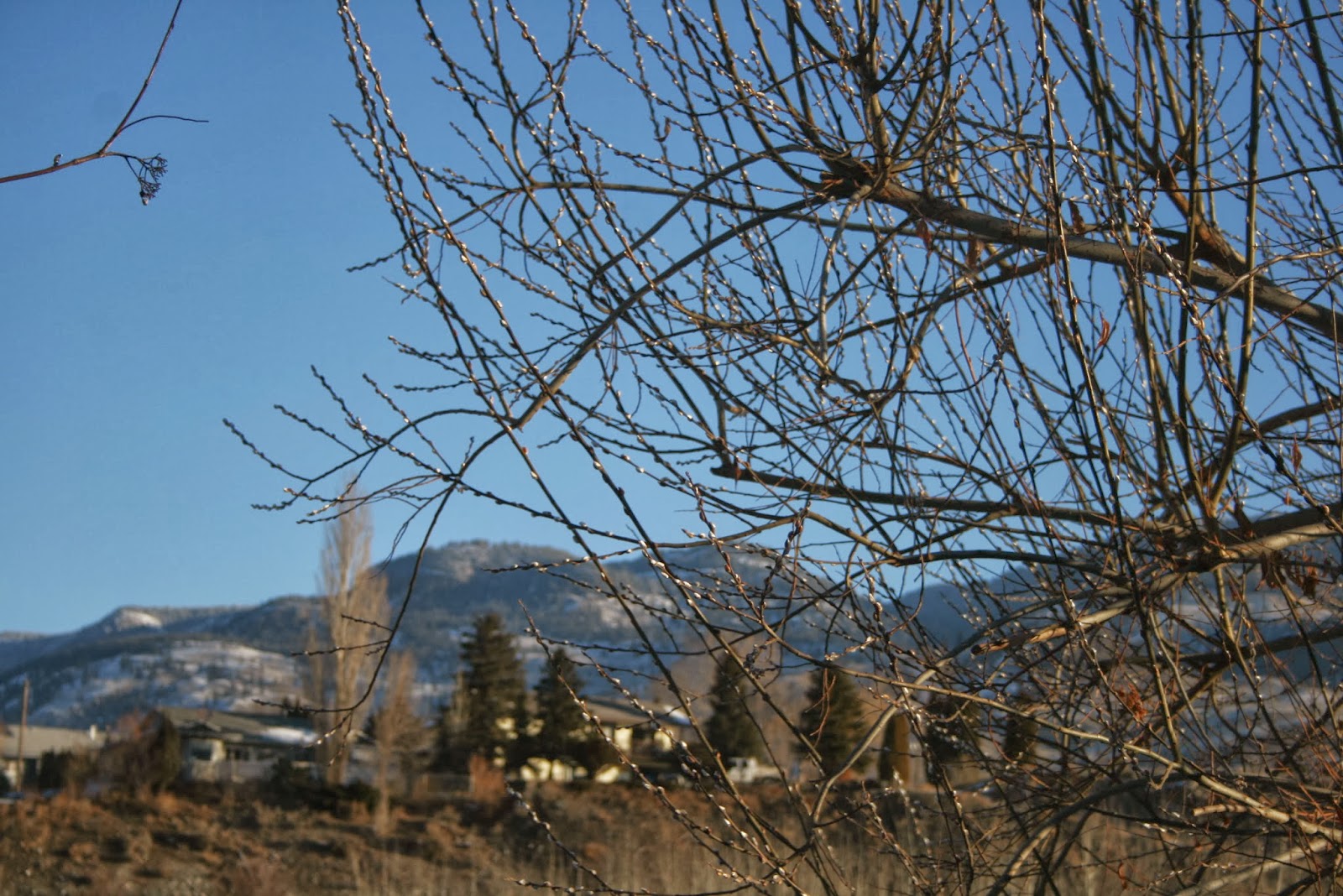 It is a cold, clear bright day, with pussy willows and shadow 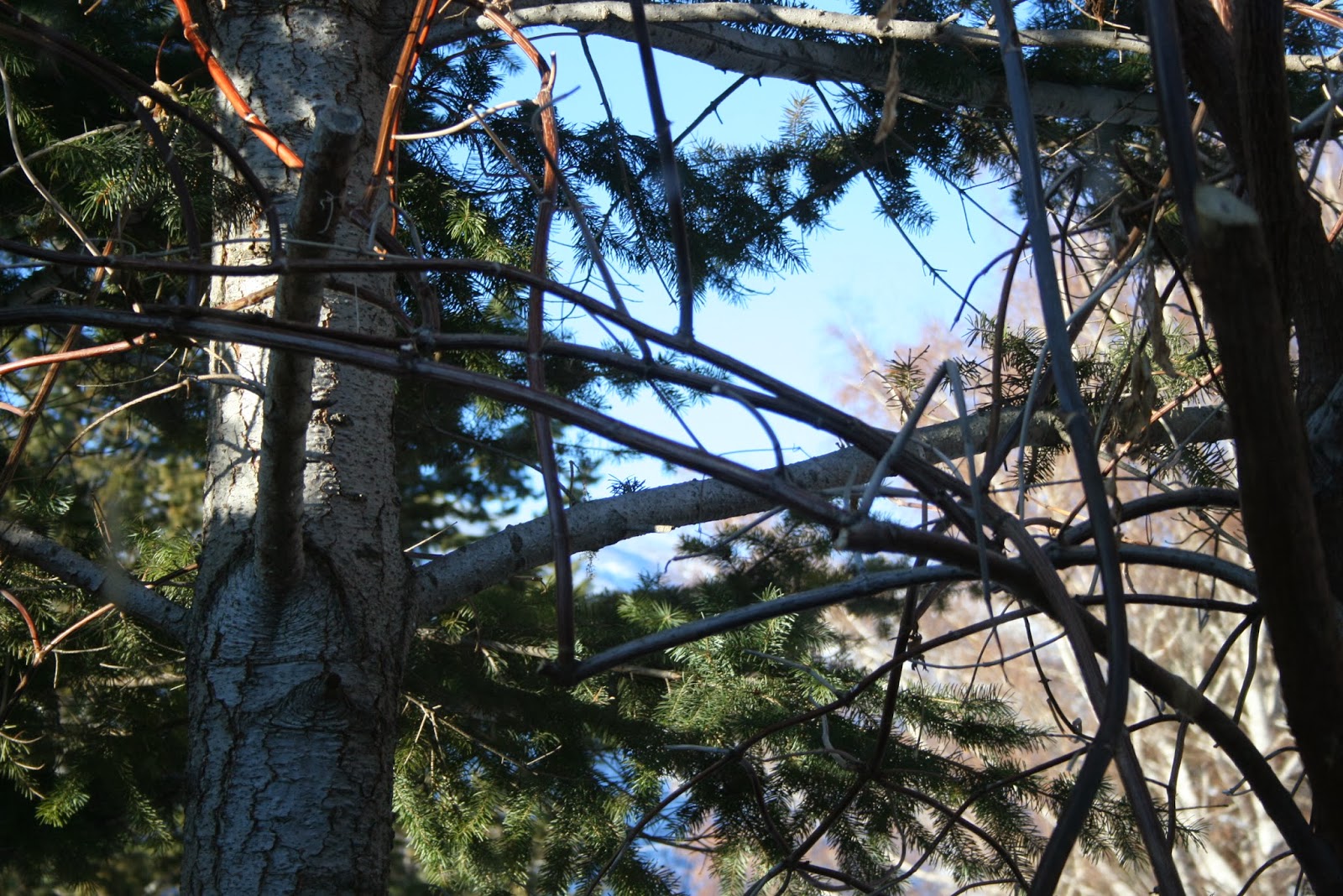 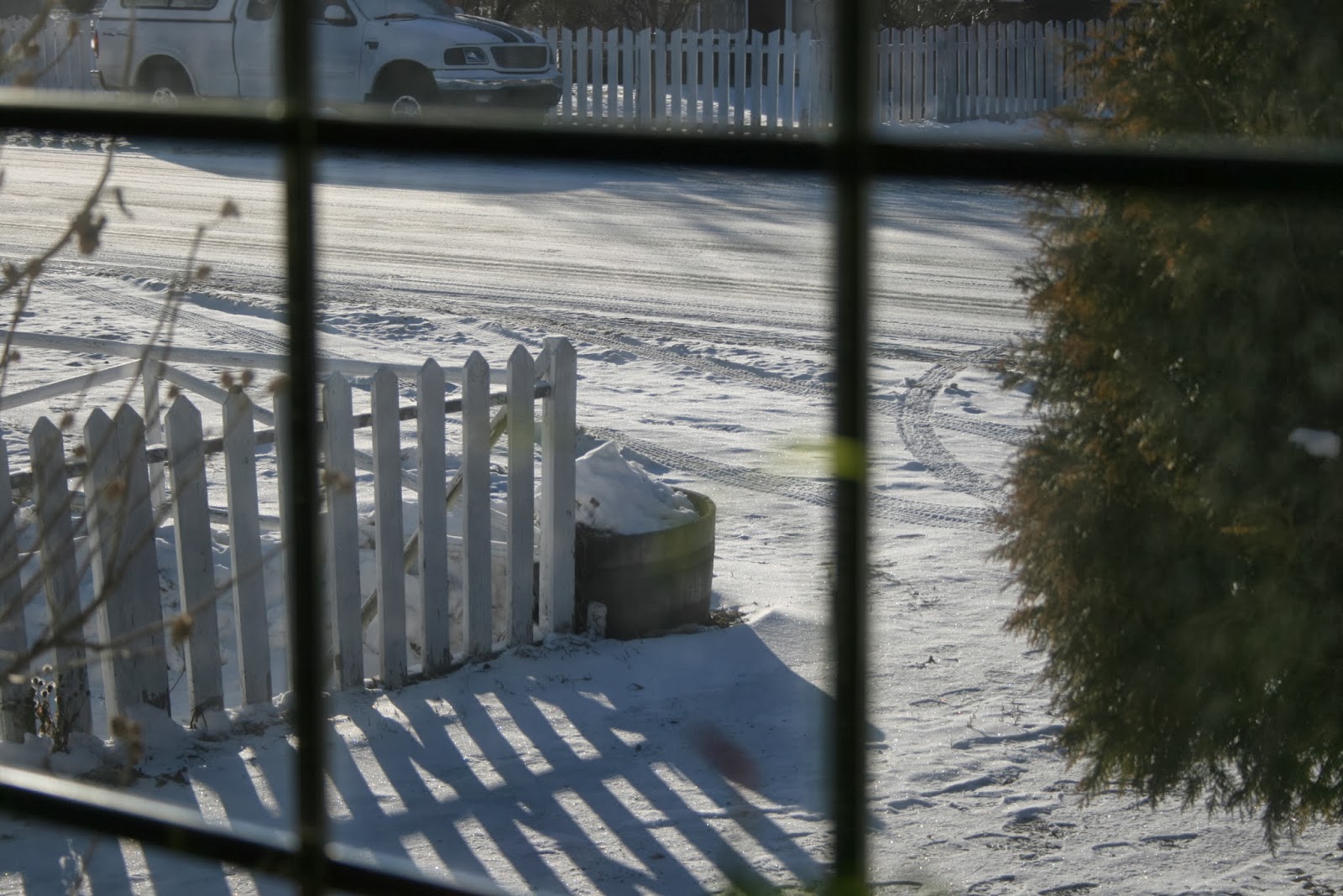 There is a date with the Berlin Philharmonikera at 11:00 a.m. to watch and listen to Berlioz' Symphonie Fantastique with Herbert Blomstedt conducting, and an afternoon out and about, doing errands in the sunshine - my second time out with the car since my adventure with the slippery ice and the process of becoming a Bionic Granny. 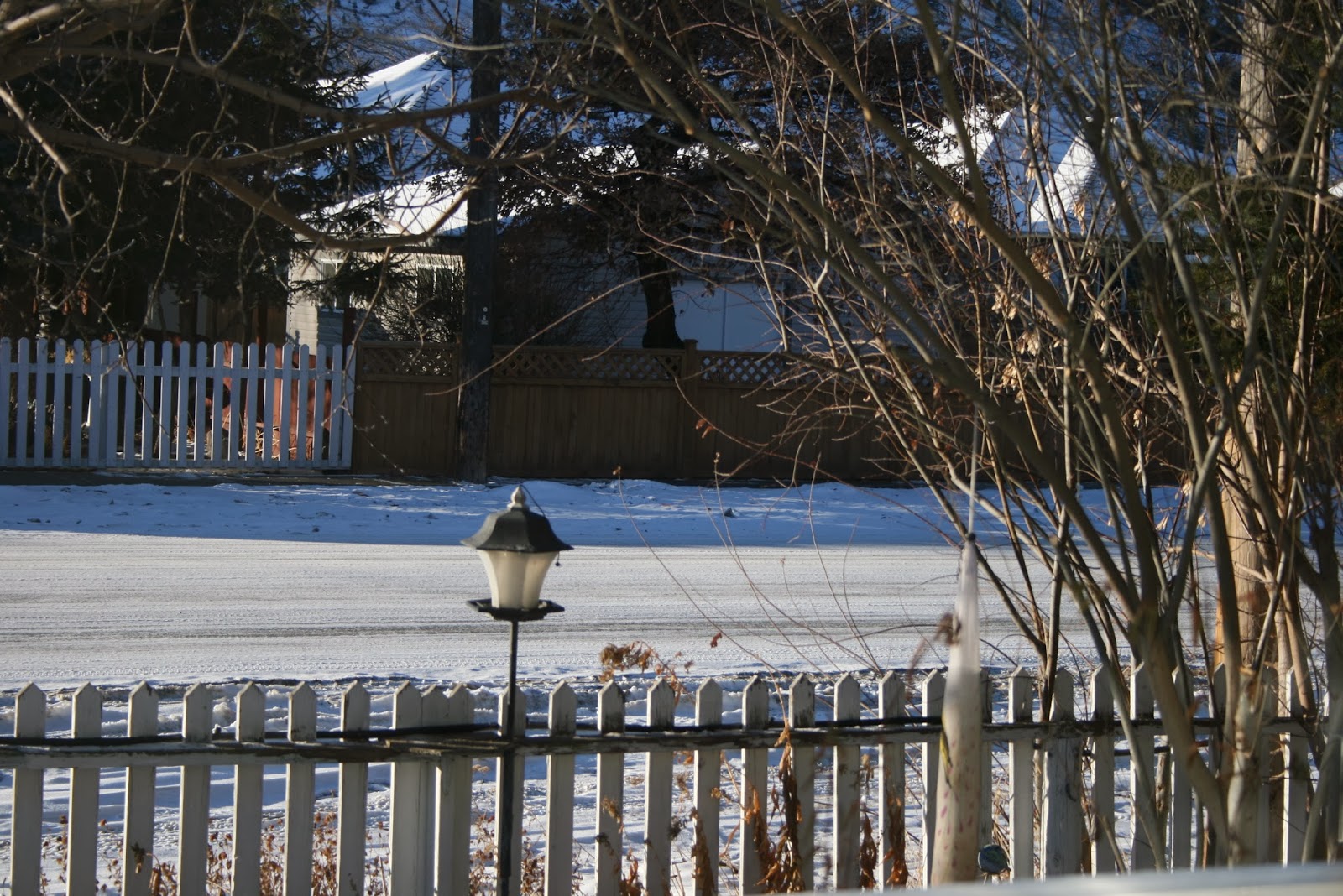 Nothing is quite 'perfect' anymore, but all of  this comes close to making me happy
and contented, and so I am off to shower and start the day with a song and a smile....﻿
Posted by Hildred at 9:27 AM 6 comments:

ABC Wednesday
and the letter this week is D

D as in Doggerel

Here we have a "low or trivial form of verse, loosely constructed and often irregular, but effective because of its simple mnemonic rhyme and loping metre.  It appears in most literatures and societies as a useful form for comedy and satire..."
My favourite writer of 'doggerel' is Ogden Nash.  Although his verse may sound nonsensical I am, nevertheless, impressed with his take on life and his attitude towards the things that might make others morose and melancholy!!!
I quote - ' his rhymes are jarringly off or disconcertingly exact, and his ragged stanzas vary from lines of one word to lines that meander the length of a paragraph, often interrupted by inapposite digressions".
But I think you will enjoy these few examples from Nash's 'Good Intentions'.
Presenting Dr. Fell
(and Nash has expanded on this unfortunate chap in other poems)
I know a man whom because he isn't a doctor I think of as Dr. Fell,
And I do not love him for reasons which I am delighted to tell.
Although he is a good citizen and a respected vestryman
He is unfit to be either a motorist or a pedestriman.
His is the car always approaching just as you are about to step off the curb, but you don't mind him,
Because you plan to cross as soon as he passes, because the next car is half a mile behind him
But with your plan he plays havoc,
Because you have forgotten that he moves at the pace of molasses in Reykjaavik,
And by the time he is gone and you are ready to step on the street.
Why the traffic formerly half a mile behind him has descended on you with the speed and power of a husband quashing his wife's suggestions for the disposition of the fleet.
Dr. Fell is he who when as a dutiful driver you halt for the red,
Stands on the corner with a newspaper buried in his head;
Until you start to start with the green;
When he steps in front of you with the carefree countenance of one who is beginning the beguine.
Such is Dr. Fell, and I fear that I shall never be a friend of him
Particularly as long as he parks his car in a two-car space with half a space sticking out at each end of him.
The Gander
Be careful not to cross the gander,
A bird composed of beak and dander.
His heart is filled with prideful hate
Of all the world except his mate,
And if the neighbours do not err
He's overfond of beating her.
Is she happy?  What's the use
Of trying to psychoanalyze a goose?
Samson Agonistes
I test my bath before I sit,
And I'm always moved to wonderment
That what chills the finger not a bit
Is so frigid upon the fundament.
Assorted Chocolates
If some confectioner were willing
To let the shape announce the filling,
We'd encounter fewer assorted chocs,
Bitten into and returned to the box.
The Porpoise
I kind of like the playful porpoise,
A healthy mind in a healthy corpus.
He and his cousin, the playful dolphin,
Why they like swimmin like I like golphin.
Well, I could go on and on, but if you wish to read more of Ogden Nash you might be able to Google him, or if his books are not out of print you might find him in the libraree......
If you nip over to ABC Wednesday here there are bound to be other interpretations of D that will tickle your fancy, and while there say thanks to Roger and Denise for this grand meme.
Posted by Hildred at 1:30 PM 9 comments: