Early rising, and a few hours spent with the birds, over breakfast...

some reminiscing about days gone by, mainly inspired by this

wonderful picture of my love which appeared somehow on Facebook,

A Sunday afternoon, I believe 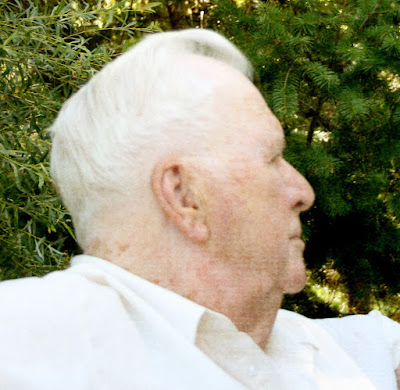 Lingering over coffee and sweet memories, finally I stirred myself

when she needs to be closer to her family, - as much as she will be missed here...

one of fancy runners, but are just the thing for old ladies with canes!!!

An enjoyable lunch - somehow I don't get out as much as I did at one time,

when I was younger

So it was rather special.

When we left the restaurant there was an "old fellow"

at the door, and he was driving

a bright red cart, enclosed in a cabin,

with a very large windshield

and side mirrors that enabled him to see oncoming traffic

and he told me that you can drive

one of these wonderful contraptions

It was the general census of opinion

that I should go right out and buy one of these,

and I decided that wonderful as it was

this cart was made for people in their eighties

and probably people in their nineties

are better depending on generous, sweet, offspring

who will cheerfully drive one around!!!

Well, that settled that, and I came home

and made a Crazy Chocolate Cake

(as in days of yore when there was always a cake

in the "Cake Drawer" for hungry children...)

three cups of flour, two cups of white sugar, one teaspoon of salt
two teaspoons of baking soda and
one half a cup of cocoa.  Mix it up a bit.

Make three wells,
and in one pour three quarters of a cup of vegetable oil,
in another three tablespoons of vinegar
and in the last two teaspoons of vanilla.

Pour two cups of cold water over all
and mix  well with a fork!!!

Bake until done in 350 degree oven
probably about 35-40 minutes
but watch it, - not called Crazy for nothing!!!

If you don't want that much chocolate cake
you can divide the recipe in half
in an eight by eight pan
and it will be just as delicious. 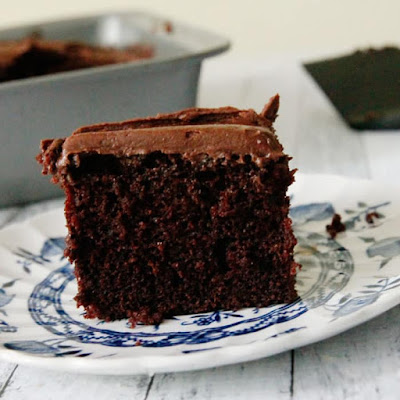 You don't really have to fancy it up

but a nice, thick, gooey icing is nice!

Glad to hear that you still get out and about, even if having to rely on others to do the driving. My mother always wanted one of those motorised vehicles but her very limited eyesight meant that it wasn't an option; she'd have probably gone down a kerb and tipped the whole contraption over.

This sounds my sort of cake Hildred - I might well try it. It is a long time since I baked a cake.

Lovely day! I’ve bet you’d be fine with that fancy cart, but your kids are happy to help I know, so let them! I remember making that cake when we had a houseful of kids and company, but I’d forgotten about it as I seldom make dessert these days. ! It sounds pretty darn good for two though (and maybe an excuse to invite company).

I could eat a piece of that cake this minute, but I'm sure it's gone by now. I don't bake much anymore (though I still make your orange muffins). Your day sounds wonderful - friends and lunch. I smiled at the thought of you driving the red contraption.