ABC Wednesday
The letter is F and F is for Fig


A recipe for enjoying this most ancient of fruits. - a gift of pleasure and necessity to humans and wildlife alike;
a main role player in the story of Adam and Eve (with what would they have covered themselves if the fig leaf had not been available? Rhubarb?  I think not.) and in my memory a wonderful delicacy at Christmas time. 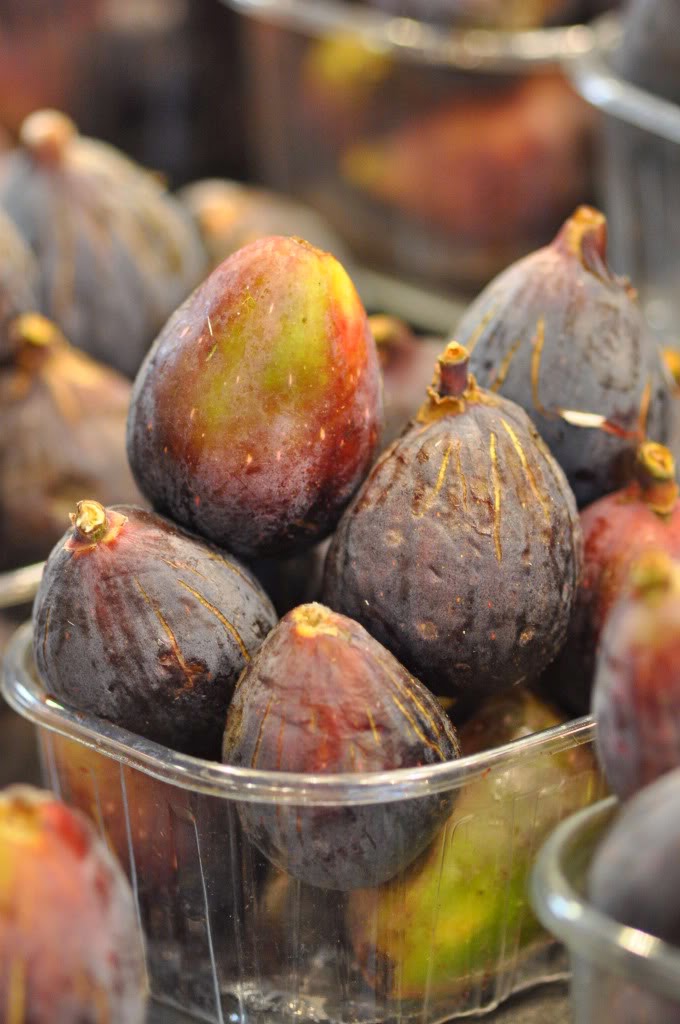 Cato advocated the conquest of Carthage
to make them the property of Rome.

Sliced on plate, balsamic vinegar
drizzled across their mauve interiors
wrapped in prosciutto di Parma,
as a babe in its blanket,
diced and spread within the salads of the garden
on a platter with goat cheese, thin crackers,
dried,

with sweet spices, ginger, cinnamon and cloves,
the sharpness of lemon and orange,
figs and ricotta crostini,
grilled with some tenderness
sprinkled with olive oil,

all of this, yet I prefer to sit beneath the tree
my white handkerchief unwrapped
my harvest nestled in my lap
my mind at ease
the fig -
thankful that God did not deign this tree
the forbidden one. 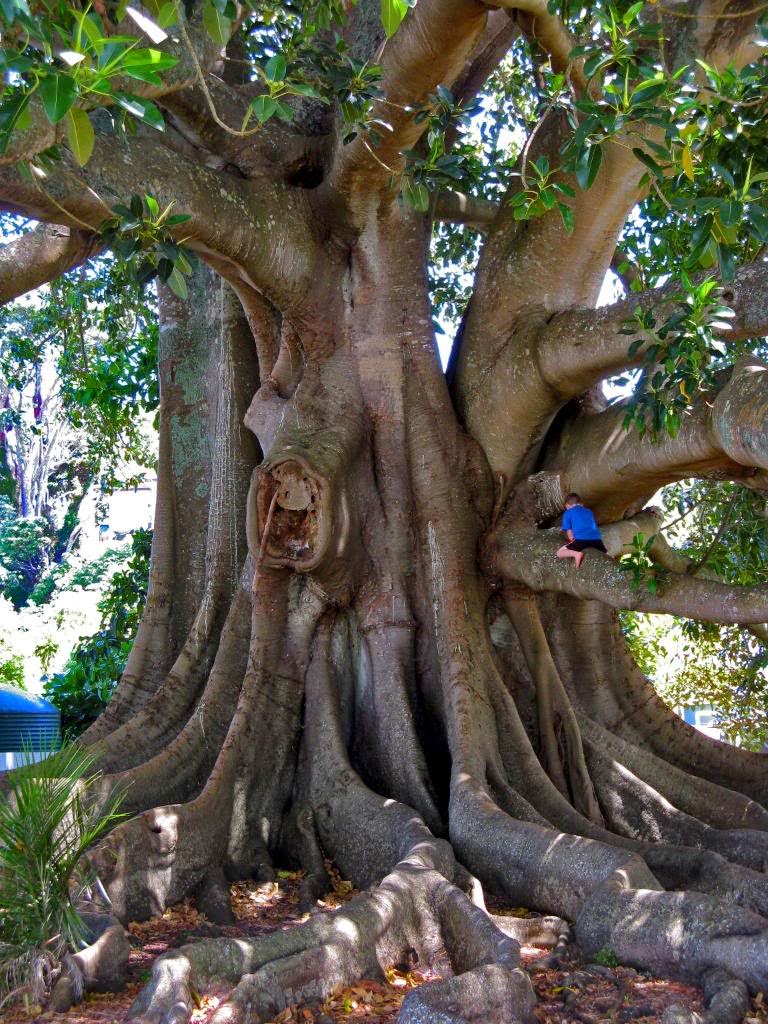 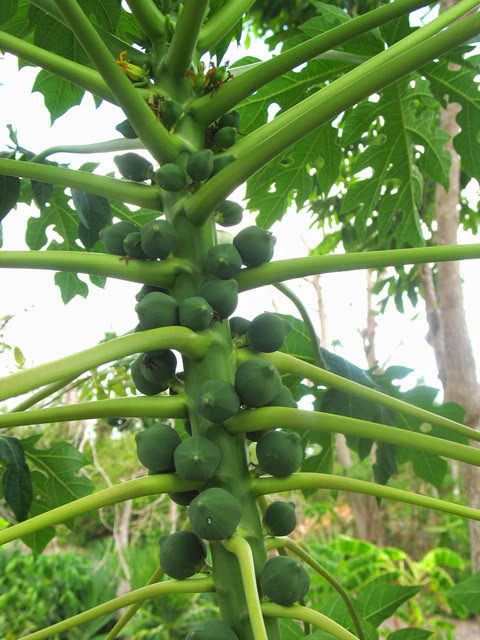 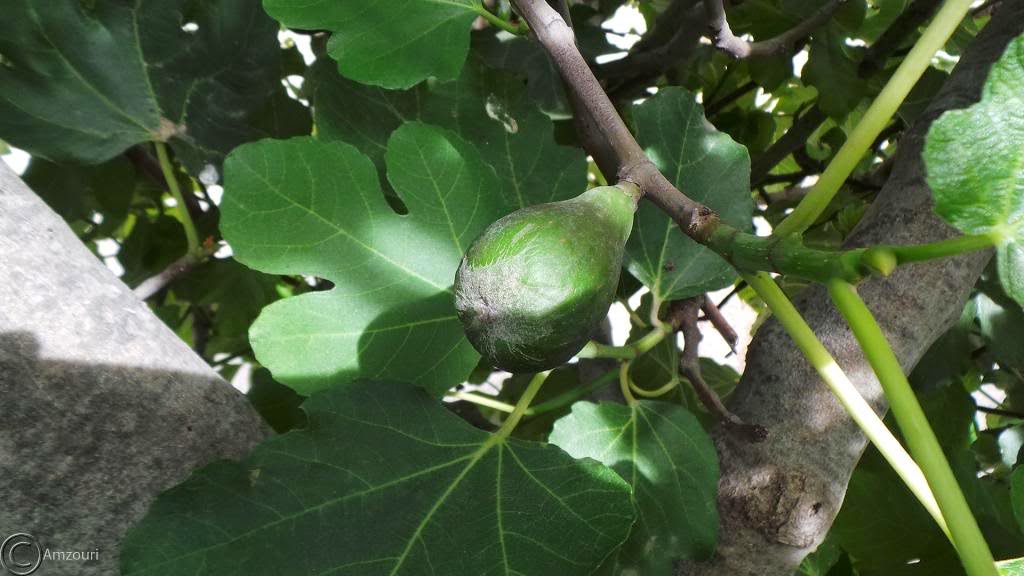 For more entertainment and to find out things you never knew, pop over here to ABC Wednesday, with many thanks to Roger and Denise and everyone who helps them visit....
Posted by Hildred at 9:55 AM 13 comments:

The week has flown by - a little gardening, a trip to Penticton, two sessions in the Bargain Centre and a lovely day in the kitchen,  canning and creating.

Sunday morning, and a quiet, lovely day ahead of me with no commitments
(we have church every second Sunday)

Early in the morning I got waylaid on my way to the compost bin by the sad state
the bee balm was in, after blooming in such a gorgeous fashion
and providing many a sip for the tiny humming birds that have
visited the garden so regularly this past few weeks.

Once started on the Monada, cutting and tidying and noting with pleasure
small new plants just beginning to bloom, I got led along the fence,
appalled at the vines that have grown up from the neighbour's yard,
covering this handy support and sending vigorous tendrils to capture
the roses and wrap themselves around the second growth delphinium
and the remains of the summer lilies.

The Mister Lincoln has been blooming quite nicely, and Abraham Darby is in his second flush,
but what is most apparent is that the garden is being taken over by
sunflowers and yellow daisies - Rudbeckia?
They are cheery and showy and flourish, but require a fair amount of dead-heading. 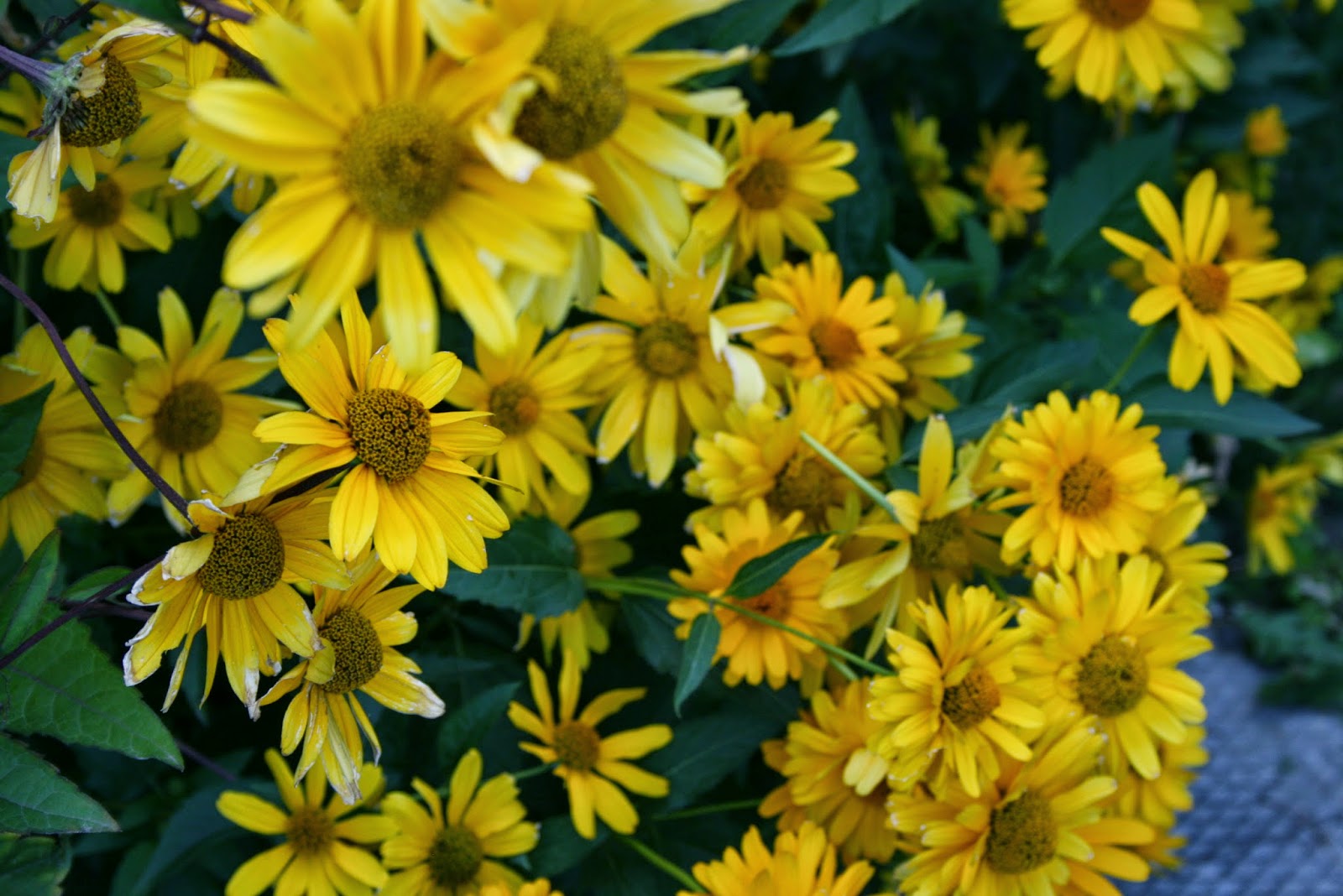 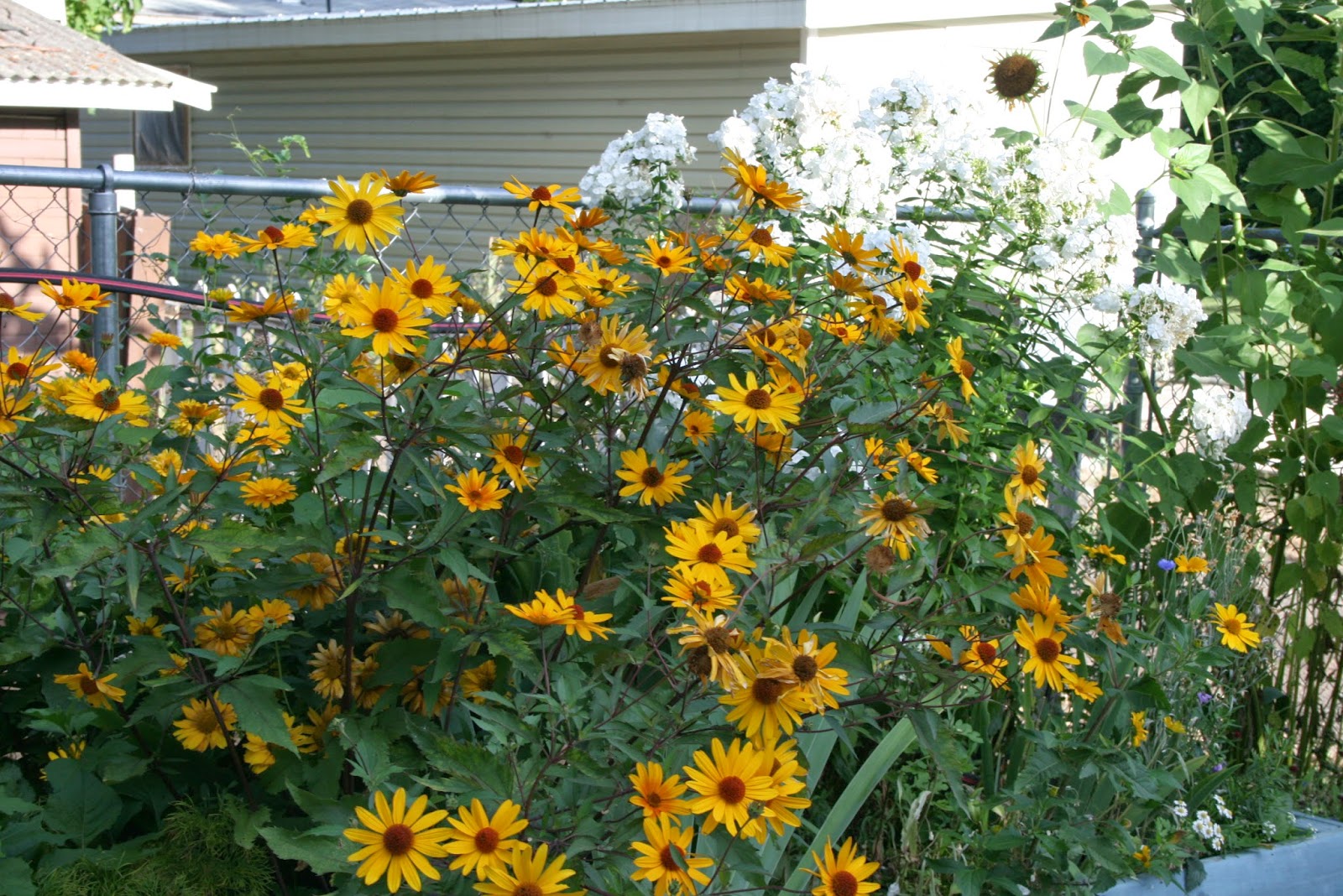 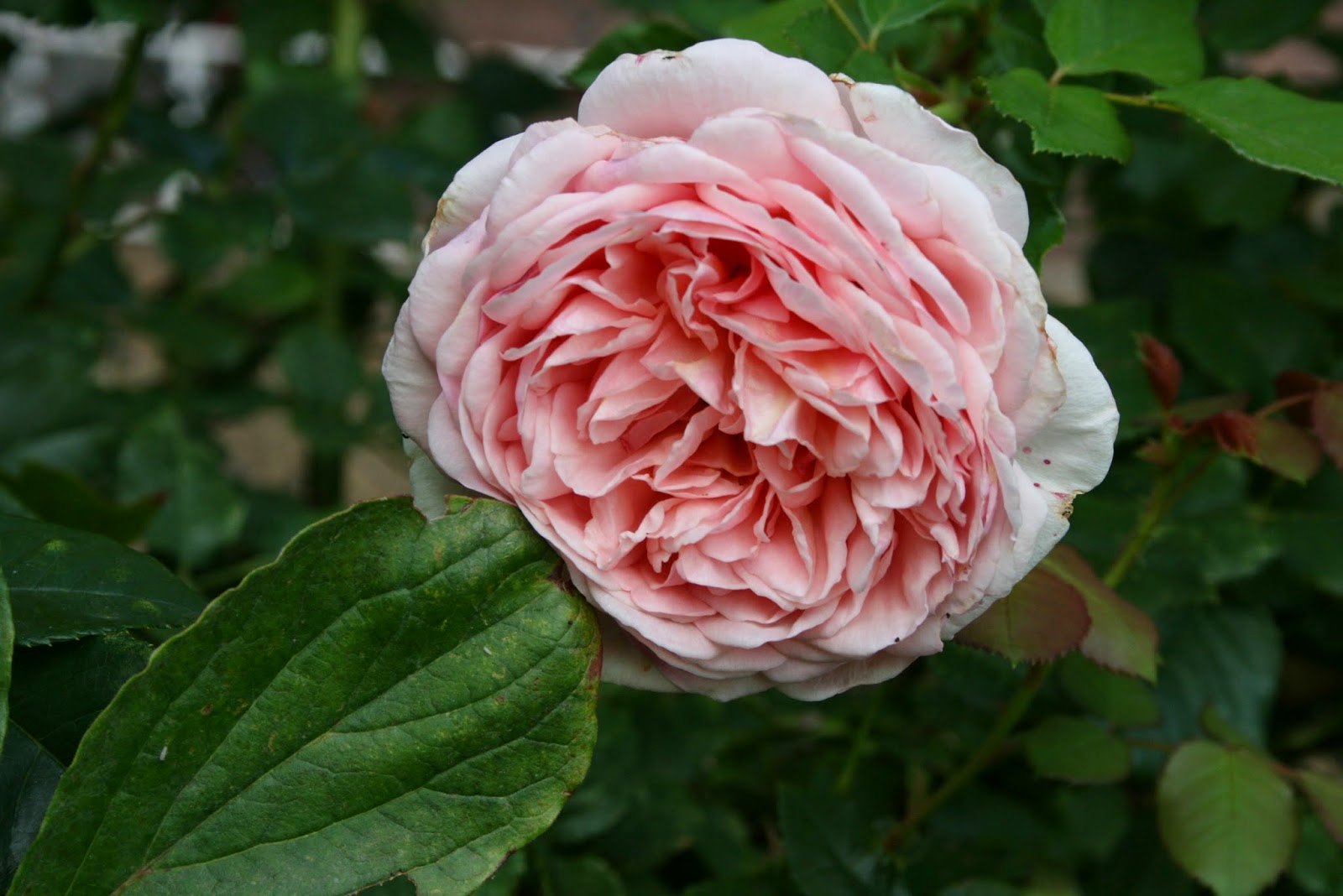 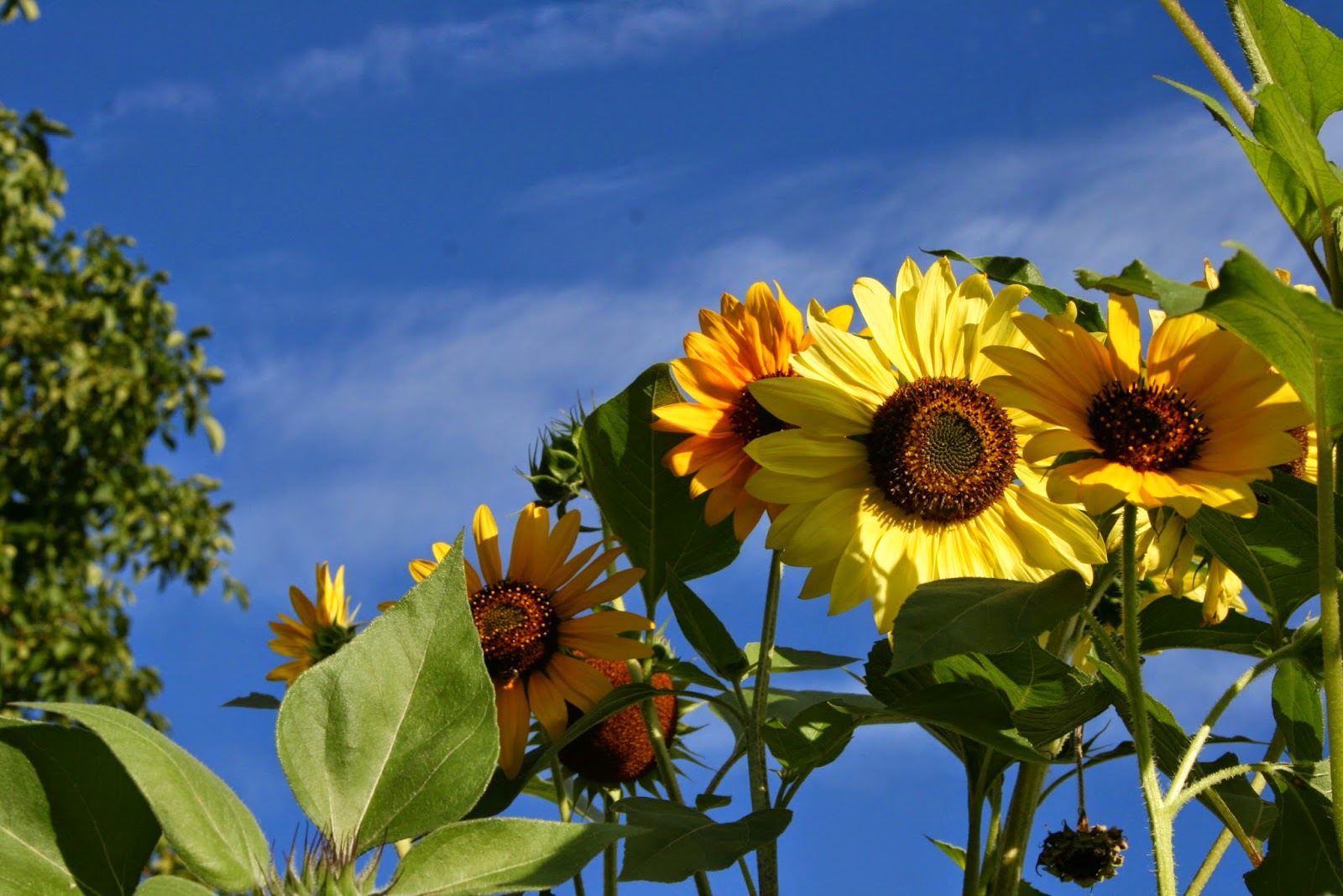 I noted that the apricots which are draped over the garden gate and on the roof of the
shed that belong next door have reached that stage of absolute perfection
and are beginning to fall into the narrow space that divides the house from the adjoining building
and I cannot bear to see them go to waste!!!! 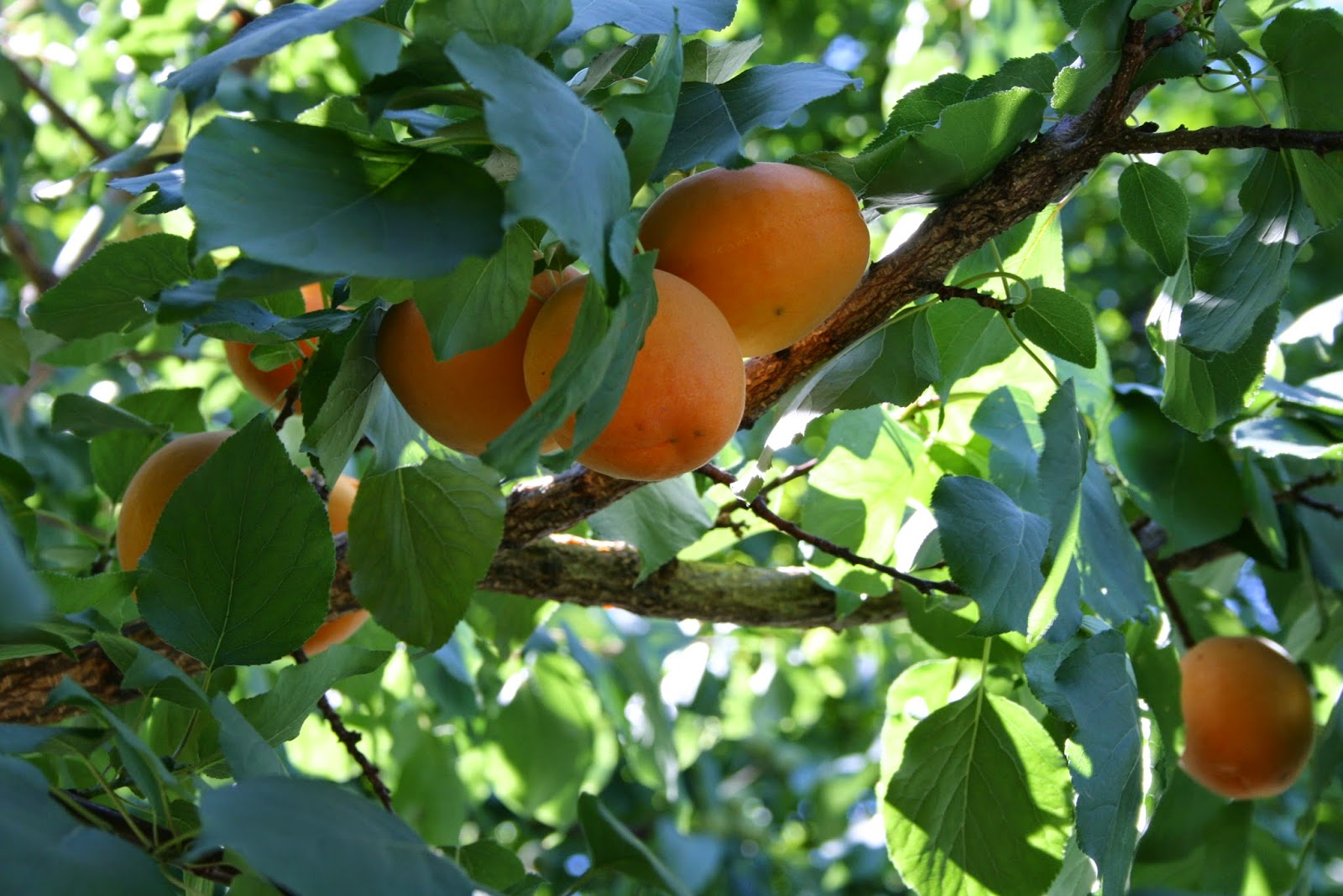 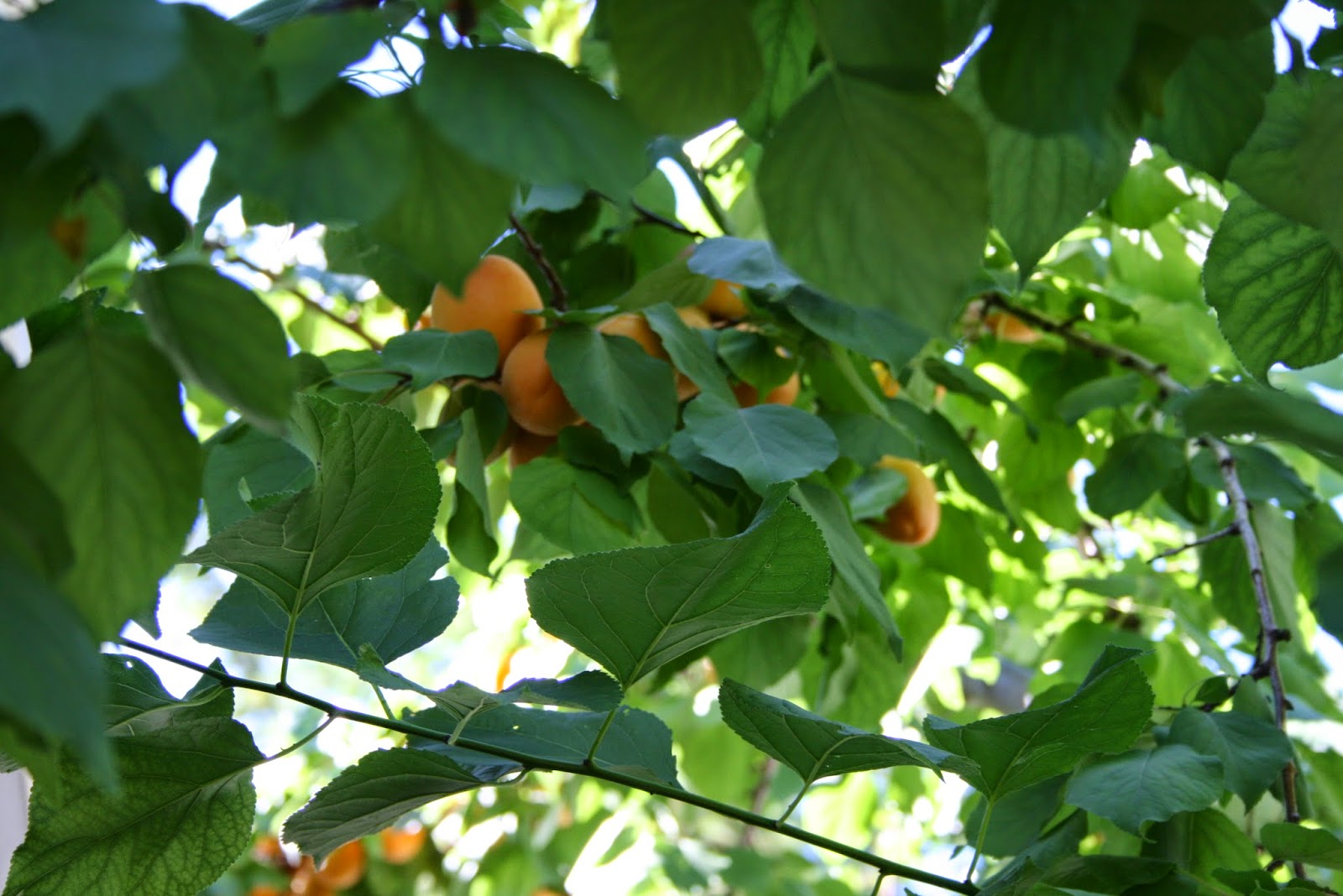 I pick two buckets, and then go in to contemplate how I will save them while
I have my breakfast......  Definitely I will fill the ten small jars I have left over from
my last canning session, and I consider drying the rest.  However, the weather
forecast is for rain, and I lost my last attempt at drying when the sun decided to hide awhile
behind last week's storm clouds (the first batch is magnificent though!).

I didn't have any pectin to make jam, - just a couple of lemons, - but I did
have some brown sugar that had stiffened up somewhat, as brown sugar is inclined to do
if you ignore it for too long. And I had a little of the honey syrup I had
been using for canning - and a mango that I bought on impulse last week......

So I chopped up the apricots and put it all together, and sat and knitted on my new
lacy scarf  (that's another story) while it simmered and thickened a little.
It didn't turn out to be jam, but the most delicious apricot and mango sauce
for ice cream and pancakes.

As to the scarf, - one of my dear daughters-in-law came and fetched me on
Thursday and we dallied along to Penticton for an appointment with the
optometrist.  Not that I have been having trouble with my eyes, but I wanted
to make sure that I was going to be able to read the chart when I go for my driver's
medical examination, - something legal and in writing, to foil the young
beaurocrat who will look at my records and say in horror "Ninety years old!!!!
This woman should not be driving"!!!

Since having my eyes lazered a dozen years ago I have not had to wear glasses, and was
pleased to discover the situation has not changed.  So lucky.

But I digress, - the optometrist's office is just two doors down from a dangerous
establishment just started up in Penticton last year - The Naughty Knitter's store!!!
I had vowed I would not go there, but my DIL pressed me............
They have the most gorgeous roving for spinning,
and silks, and cashmeres, and wonderful pure wools of all shades
and thickness.  And how can one resist????

I came away with a beautiful varigated mohair roving to spin, and some lovely
Himalayan dyed silks - two skeins of purple and one of naples yellow.  And two balls of
black silk and wool, very fine, to make this intricate lacy scarf.
Heavenly........I can see ny dear one rolling his eyes!

And then we went to the Used Book Store!!
Stegner, Doig, Berry and a couple of nice beginner's music books
for the great grandson who shows his delight with the piano.

Friday afternoon I spent at the Bargain Centre, clearing racks and packing clothing
into bags to be sent to the Gleaners, and from there to places where these
things are needed.  Saturday I was on the cash desk for a couple of hours.

These are all donated items we sell at the Bargain Centre, - it is an Outreach for the Church
and also helps support other things we do, like paying the power bills
and the minister.  We had a couple of sleeping bags whose zippers were broken
but we put them out anyway, as blankets for the many itinerent orchard and vineyard workers
who come in.   A young man approached the desk with one of these bags.  He spoke with an accent,
and explained to me that he only had a large bill, which he extracted from his passport.
It was not one I could change, and so I suggested he just take the blanket/bag.  When he
was reluctant to do this I suggested that if he was in again and had the dollar (which was
the price of the item) he could pay it then.

He was back within half an hour with the dollar, and built a little fire under my esteem
for him, and his colleagues.

And on that nice note I think I have covered most of what has been happening
in my life since I last wrote about Ethelbert Nevin, - except that I have been
practising crossing my hands as I play Narcissus.

And Barb, - yes, I have been playing the organ since May, but am really
retired and just fill in when the regular organist is away, - and I love it!

I remember a picture I saw once of a ninety year old organist, - oh my, I must stop doing this!